Jaguar has claimed another Laguna Seca record with Randy Pobst at the wheel. This time around, the Jaguar XE SV Project 8 became the fastest four-door sedan to lap the track, with a time of 1 minute, 37.54 seconds. The record follows the production electric car record set in late August with an unmodified I-Pace HSE, and it's also the fastest recorded Jaguar time on the track; the previous fastest Jaguar there was the 575-horsepower F-Type SVR.

As it seems most Laguna Seca records have been set by Pobst, the previous four-door production sedan record was also his handiwork, in a Cadillac CTS-V. That time was about a second slower than the XE SV Project 8, at 1 minute, 38.52. The fastest Pobst time at Laguna Seca stands at 1:28.65, driven with a Dodge Viper ACR MkV.

The Laguna Seca record isn't the first lap record claimed by the XE SV Project 8, as it took the production sedan honors at the Nürburgring Nordschleife in November 2017, with a time of 7 minutes, 21.23 seconds. Only 300 vehicles will be built, at the JLR Special Vehicle Operations facility in Coventry, England. The XE SV Project 8 hits 60 mph in just 3.3 seconds, thanks to its 591-horsepower, supercharged V8 engine, which propels it all the way to 200 mph. There are two versions available, a more road-suitable four-seater and a special Track Pack car with lightweight carbon fiber racing seats. 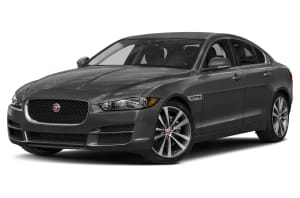