The adaptive cruise control system is in need of some lessons

Reese Counts
Our long-term 2018 Honda Ridgeline is a fine truck. It's far from traditional, but I like what it offers. It's quiet, comfortable and is better than many cars or crossovers in terms of storage and packaging. If you're not concerned with towing heavy loads or tackling off-road trails, the Ridgeline is a great alternative to body-on-frame trucks. That said, I have a a few qualms, most notably its infuriating adaptive cruise control system. 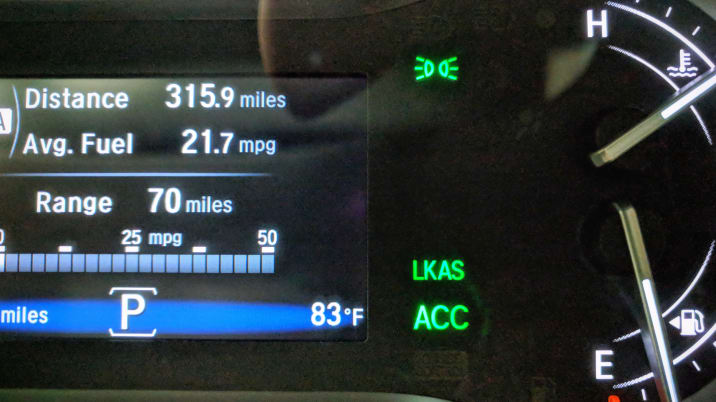 Adaptive cruise control can be a wonderful thing, especially in heavy traffic. Basically, ACC uses sensors to maintain a set distance between you and the vehicle in front of you, slowing down and speeding up as needed. The main benefit is reducing driver fatigue. Just pay attention (something that should go without saying) to make sure you don't need to override the system. Every system functions a little differently, and I've just about had it with the one in our Honda.

The main and most egregious issue with the Ridgline's ACC is that the system doesn't work below 22 mph. It just shuts off if you drop below that speed. If you're in traffic that's moving between 20 and 30 mph, you have to constantly hit "Resume" or just not use the system in the situation best suited for it. Now, our Ridgeline is equipped with a collision mitigation braking system as part of the Honda Sensing suite, so you have some protection if the car in front of you slams on its brakes, but it's frustrating nonetheless. Plenty of other systems function at low speeds.

My second issue is the gap between vehicles. The Ridgeline's ACC leaves far too much room, even in its tightest setting. Now, I understand that you shouldn't follow too closely, but leaving too much room is an issue, too. Cars are constantly merging in between you and the vehicle in front of you. Then the system slams on the brakes to create a gap between the Ridgeline and the new vehicle, rather than gradually widening the gap. It's jerky and offers the same refinement as a 15-year-old in driver's ed.

I was hoping there would be a mid-cycle update that would introduce Honda's low-speed follow system that's found in the Civic, Accord and Acura RDX. Low-speed follow isn't available on the mechanically similar and recently refreshed 2019 Honda Pilot, so I'm not holding out hope for the Ridgeline.