James Riswick
VW has decided it will stop using anti-hail cannons at its plant in Puebla, Mexico, after nearby farmers complained they were also preventing rain.

Wait, back the Touareg up. Anti-hail cannons? Those are a thing?

Yep, not only are they a thing, but according to hours of in-depth research I just performed, not a new thing. Resembling a really long bullhorn attached to something or other, an anti-hail cannon generates a shock wave that travels at the speed of sound and breaks up hail stones that could damage whatever is located below. Say, for instance, thousands of Volkswagen Jettas. They've apparently been used since the 18th century. 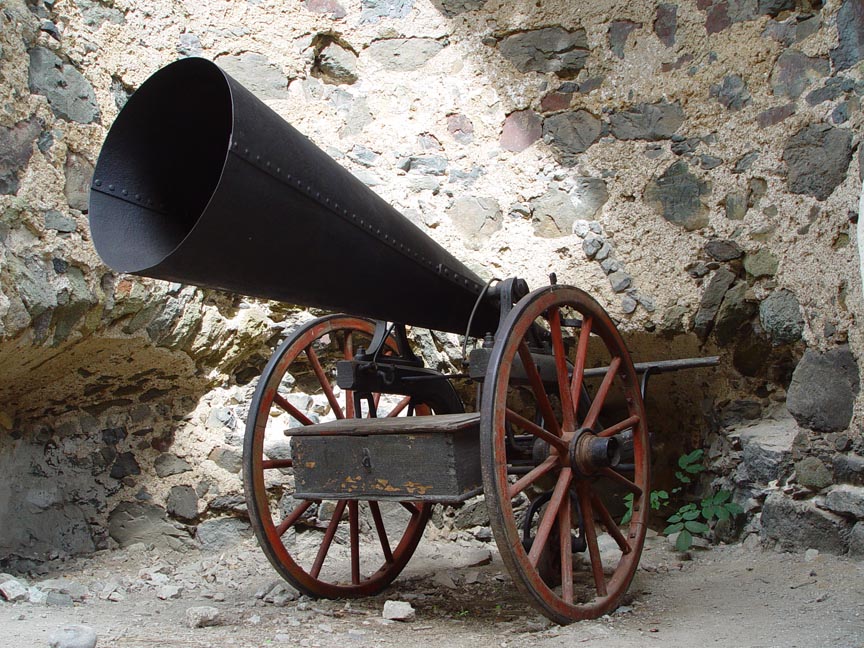 VW's anti-hail cannons probably look different than this one, but we can't be sure.

Volkswagen installed its anti-hail cannons earlier in the year, but a group of local farmers have sued for $3.7 million in damages saying the cannons have prevented rain from falling and thus damaging 5,000 acres of crops. VW has therefore decided to stop using them and install netting over its cars instead.

Now, before one gets too warm and fuzzy about VW's neighborly decision, one should keep in mind that anti-hail cannons probably don't work. According to my aforementioned in-depth research, there's no scientific research to indicate they do anything. Thunder is a much more powerful sonic shock wave than anything a really long bullhorn attached to something or other can create, and yet where there's hail there's pretty much always thunder.

At the same time, if the anti-hail cannons aren't doing anything about the hail, it's hard to see how they could possibly prevent rain on those farmers' fields. It is very easy to see, however, how those farmers might be cheesed about cannons being fired off every time a sizable cloud comes into sight. As you might imagine, a shock wave generator that's literally called a cannon is just a wee bit noisy. Basically, those farmers went from living next to a car factory when it rains to living next to something that sounds like the Sommes. Then again, there's also something called a " silent anti-hail cannon" so who knows.