Pointing the way toward an electrified future

Jeremy Korzeniewski
PEBBLE BEACH, Calif. — Infiniti's new Prototype 10 takes inspiration from last year's Prototype 9 concept, but instead of minimal bodywork and open wheels, adopts the long and sinuous profile of classic speedsters of the past. And the concept's electric powertrain hints at the Japanese automaker's future. Infiniti says that all new production models from 2021 onward will have some sort of electrification, spread across pure battery-electric vehicles, parallel hybrids and e-POWER series hybrid powertrains.

The overall shape of the Infiniti Prototype 10 recalls classic race cars like the 1950s-era Jaguar C- and D-Types. There's virtually zero wind protection for the single passenger, but there's a prominent headrest that incorporates a fin-shaped aero element. Air intakes are plentiful and festooned with close-set vertical bars that remind us of last year's Prototype 9 concept.

There are lots of striking details in the Prototype 10's flowing bodywork. Slim, almost slit-like lights up front sit below the level of an Infiniti logo highlighted by negative space. In profile, a virtual line cuts across the vehicle front to rear. We look forward to seeing how some of these elements are incorporated into future production vehicles from Infiniti. 
We don't have any details on what's actually powering the Prototype 10 as its sits, other than the fact that it's electric, of course. But we do know that the concept uses Infiniti's steer-by-wire Direct Adaptive Steering system. We can also see that the interior compartment is minimalist in design, clearly in an effort to keep the driver's focus firmly on the road ahead.

Though much of the commentary surrounding the Prototype 10 will undoubtedly be about its radical bodywork, it may be the vehicle's chassis that is most relevant to Infiniti's production electric vehicle plans. The company describes the Prototype 10's chassis as rigid, modular and flexible with a flat floor and says such a platform would underpin its future electrified vehicles, including sedans, SUVs and sportscars.

Stay tuned for more on the Infiniti Prototype 10 as we meander the remainder of Monterey Car Week here in California. 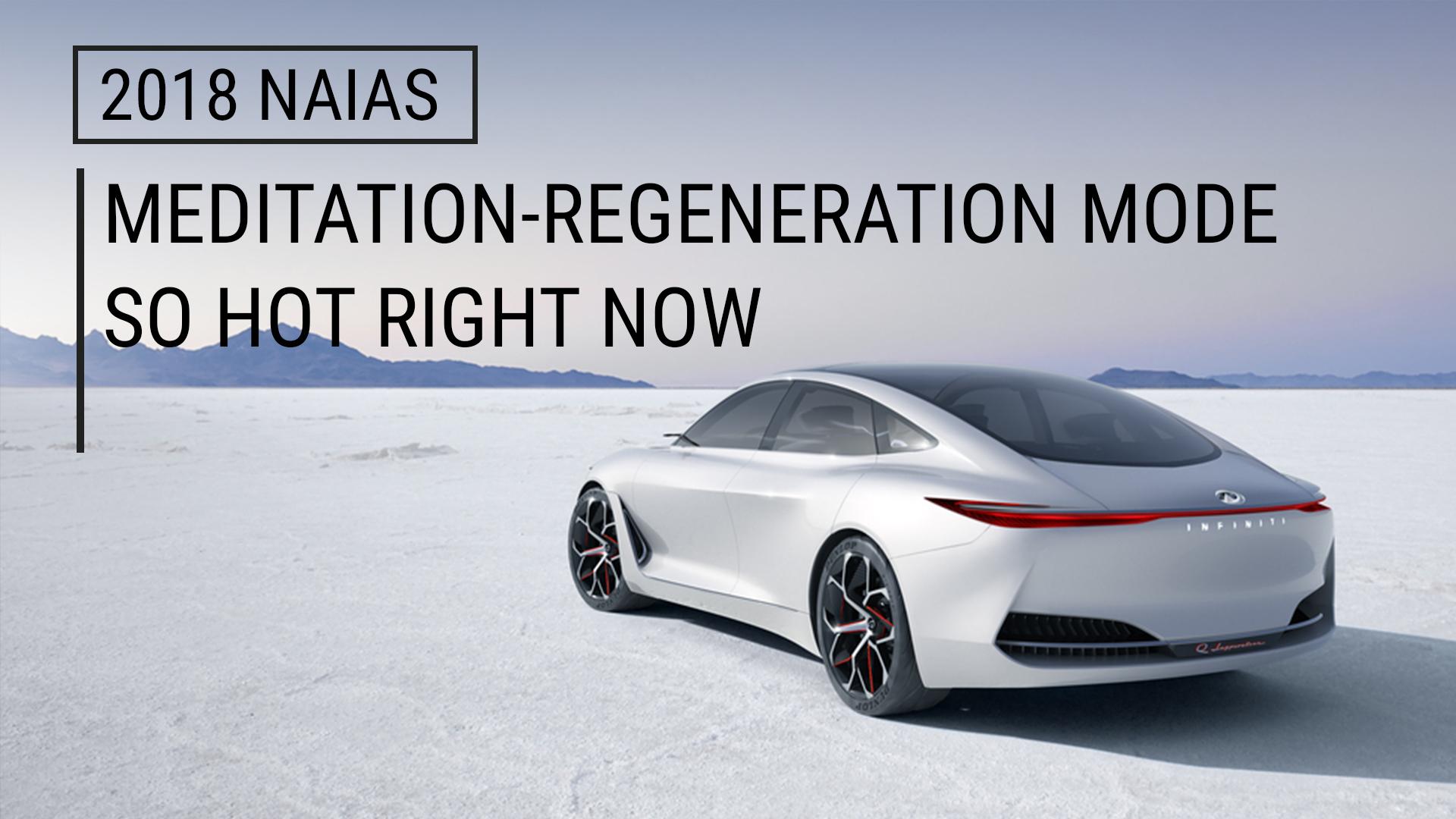