The GT500 may have multiple aero kits

Another 2019 Ford Mustang Shelby GT500 has been spied, and though most of the car isn't any different than past prototypes, it does have a couple of new additions. At the back, it now has a spoiler, and inside it has a roll cage. The spoiler is intriguing since every prototype before this has had a bare trunk lid, and the official image Ford released of the car recently shows a larger, more aggressive carbon fiber wing. The appearance of this spoiler suggests that Ford will have different levels of aerodynamic aids available, similar to the different ones that had been featured on the regular GT350 and the GT350R until just recently. As a matter of fact, this spoiler appears to be the same one used on the standard GT350.

The roll cage inside is also a new development. However, we doubt this will be available on the production car. Based on the "VIR" Virgina International Raceway sticker, this car has been doing some serious track testing. The roll cage was probably fitted as an extra layer of safety, similar to what manufacturers do when running cars at the Nürburgring.

We still expect the new GT500 to make its debut at the Detroit Auto Show in January. It will have a supercharged V8 making over 700 horsepower. Spy video indicates that there will be an automatic transmission available, probably a heavy-duty version of the 10-speed automatic found in the Mustang GT and Ford F-150 Raptor. 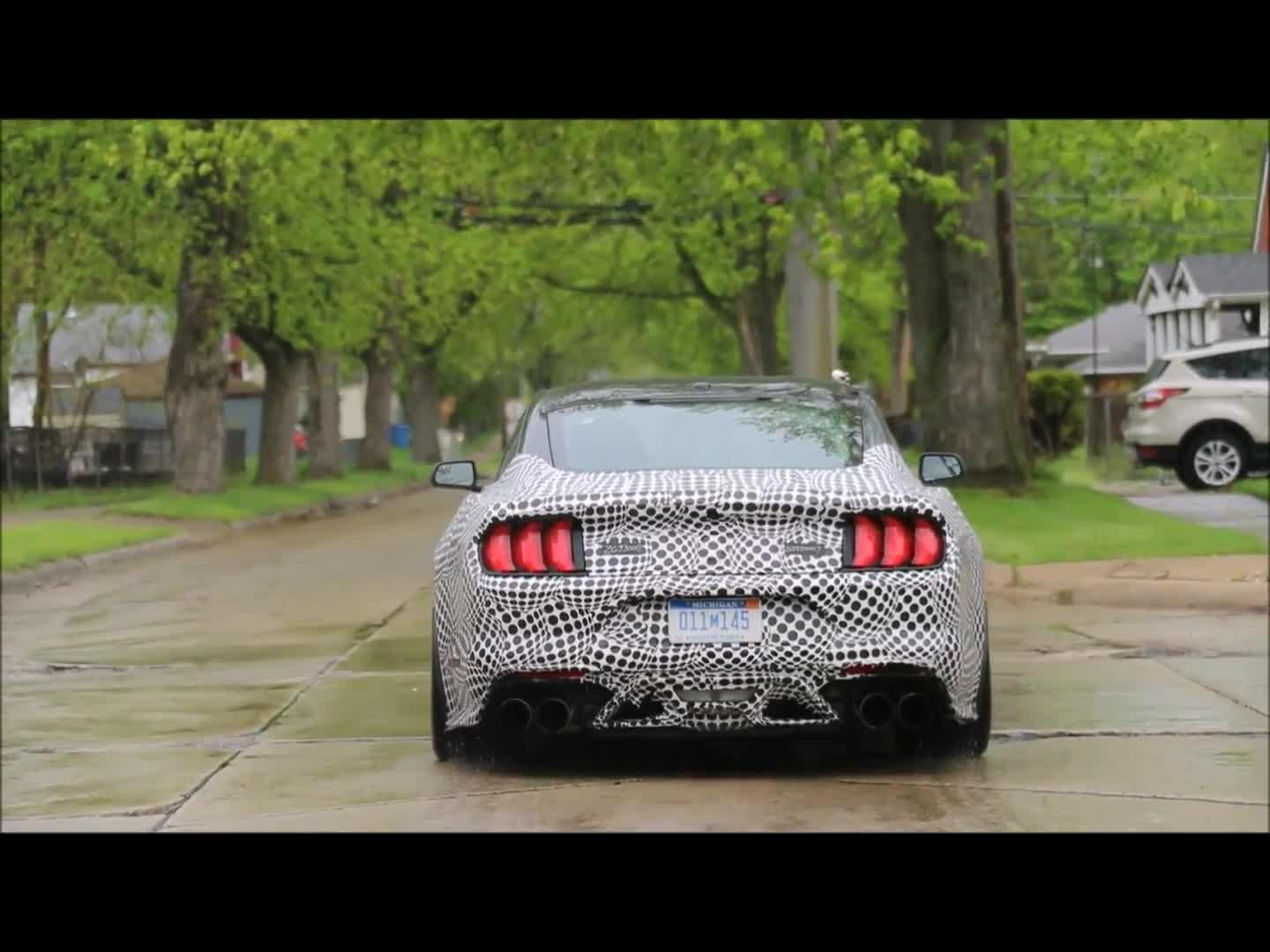