The Jaguar XJ-S sold for big money, cost big money to keep running, and depreciated hard once its edges got a bit rough. You'll still find examples of the XJ-S in the big American self-service yards nowadays, but this '90 is the first convertible I have found in many years. 4,715 1990 XJ-Ss were sold in the United States; I haven't been able to find a reliable figure for the number of convertibles, but it must have been small. That makes today's Junkyard Gem a real rarity— not as hard to find as a Ford Tempo All-Wheel-Drive, of course, but still a prize. 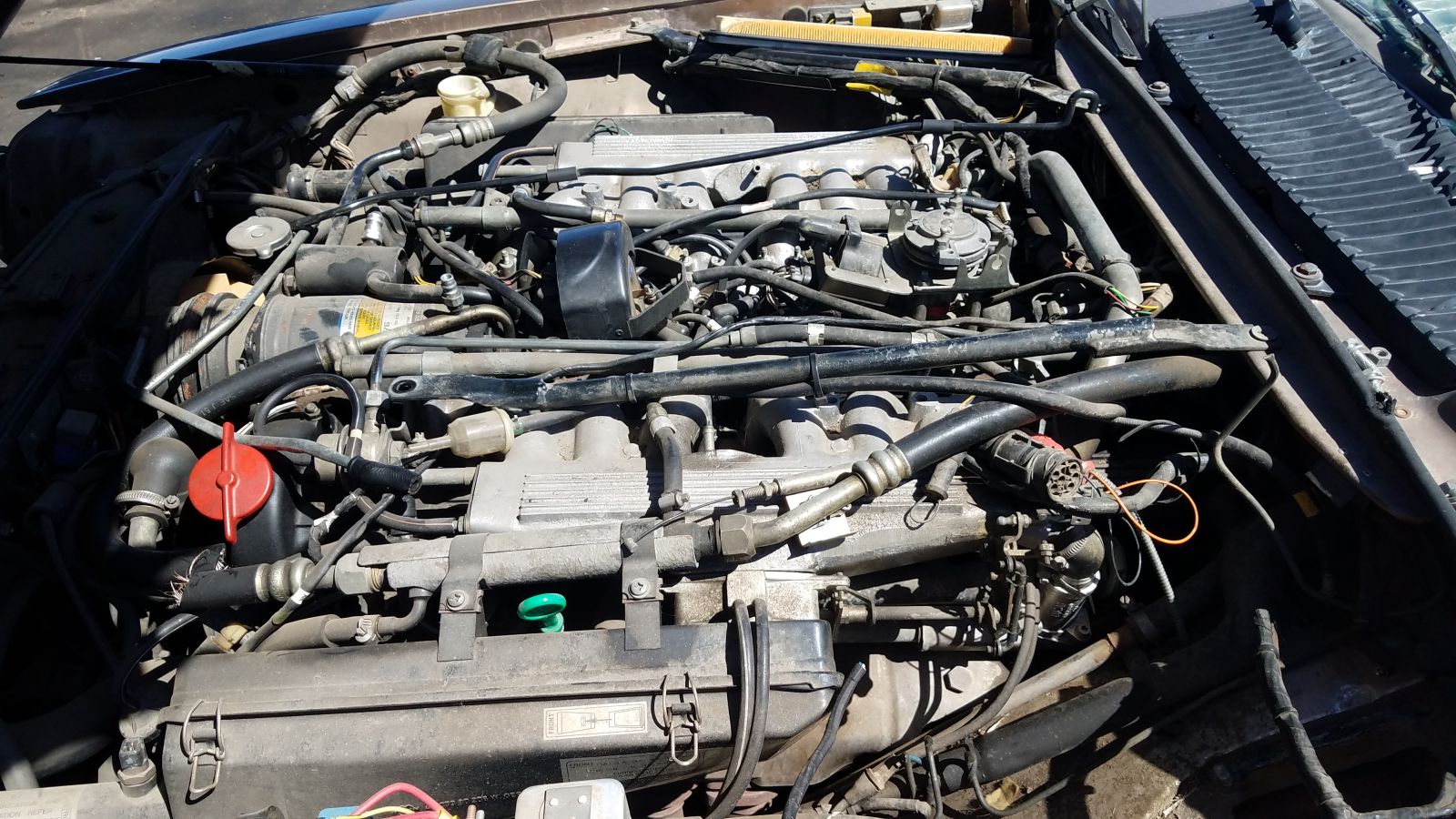 Jaguar kept the 5.3-liter V12 in production from 1971 through 1992, and when it was running properly — which wasn't as often as XJ-S owners wished— it couldn't be beaten for smoothness. By 1990, Jaguar had switched from fuel injection by The Prince of Darkness to a system made by Magneti Marelli. 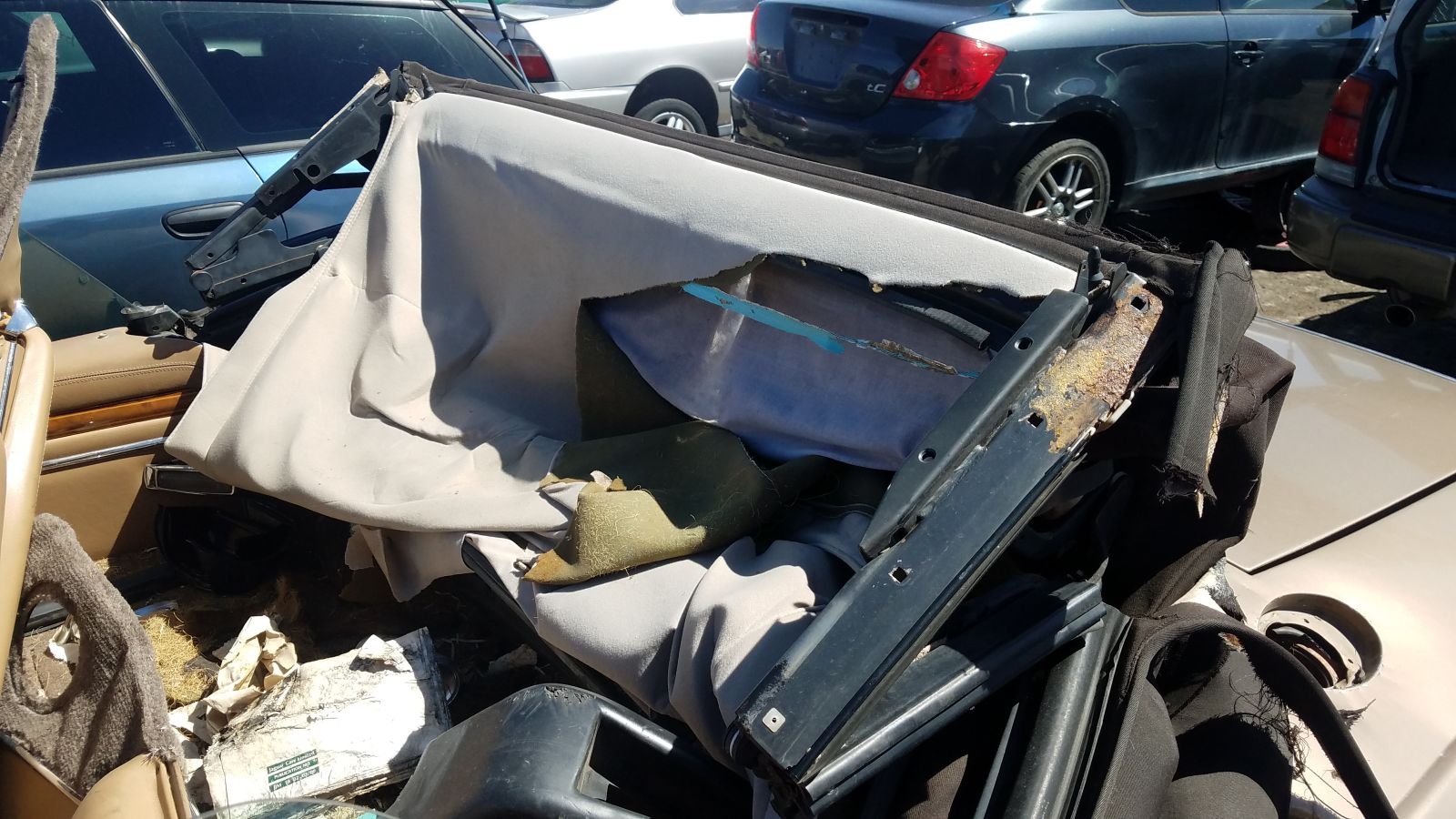 This one is quite rough, and it shows signs of having been parked outdoors with the top down for a few years. Since you can buy nice examples for well under ten grand, restoring this one would have been a money-losing proposition.

Some of you may remember a cameo by a similar XJ-S convertible in the film The Big Lebowski. In it, Bunny Lebowski reveals that none of her toes have been cut off by kidnappers; some suspension of disbelief is required here, because Americans couldn't buy the '90 XJ-S with a manual transmission. Maybe it's a gray-market six-cylinder car. 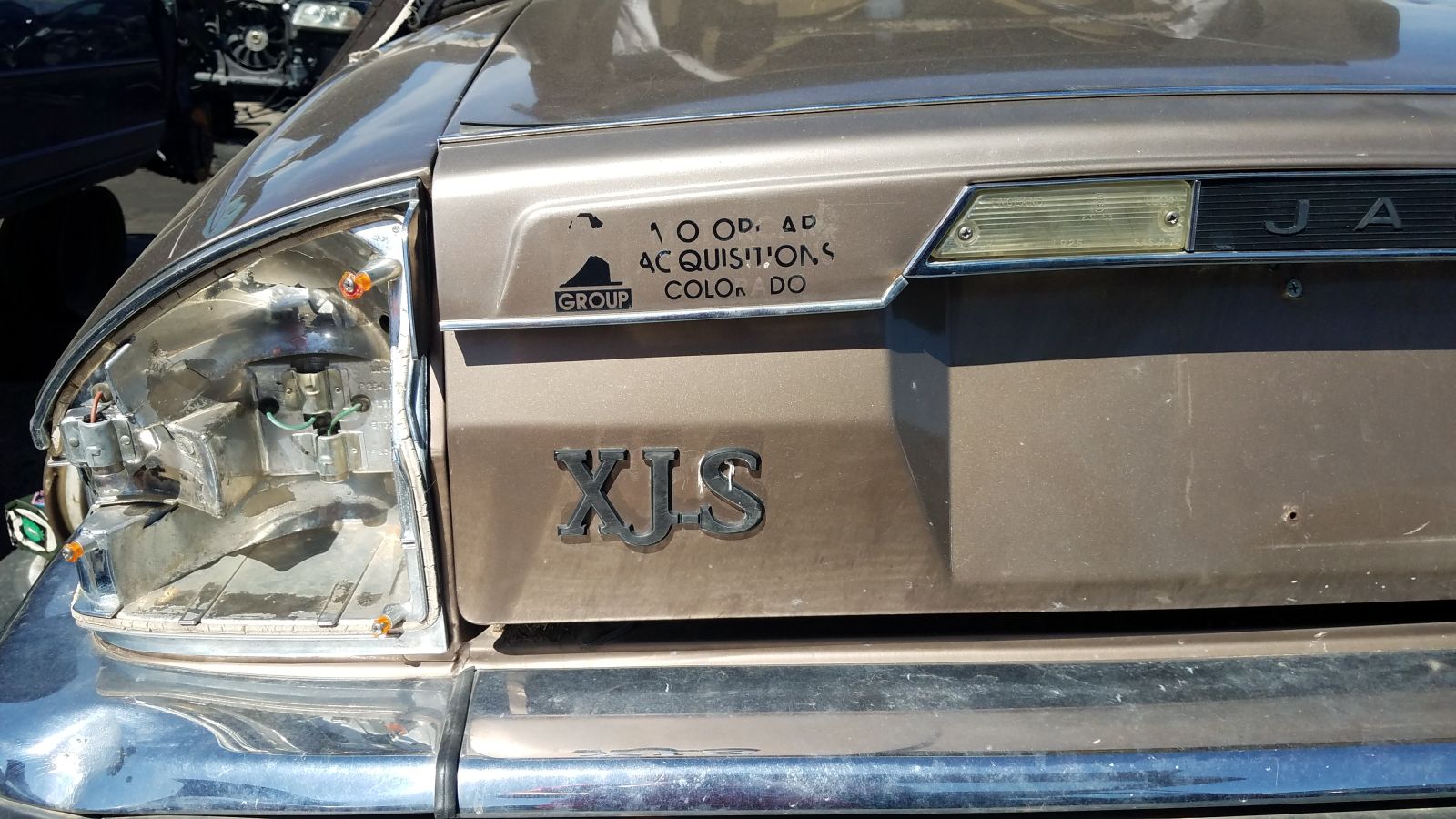