The Oldsmobile, Buick and Cadillac divisions of The General's mighty army got serious about their attempts to compete with futuristic and stylish German and Japanese coupes during the second half of the 1980s, with cars such as the Cadillac Allanté, Oldsmobile Toronado Troféo, and Buick Reatta. They featured edgy styling, wild digital dashes, and other interesting gadgetry. Before them, however, came the Buick Somerset. Built for the 1985 through 1987 model years, only the '85s were badged as Somerset Regals. Here's one of those ultra-rare cars, spotted in a San Francisco Bay Area self-service wrecking yard. 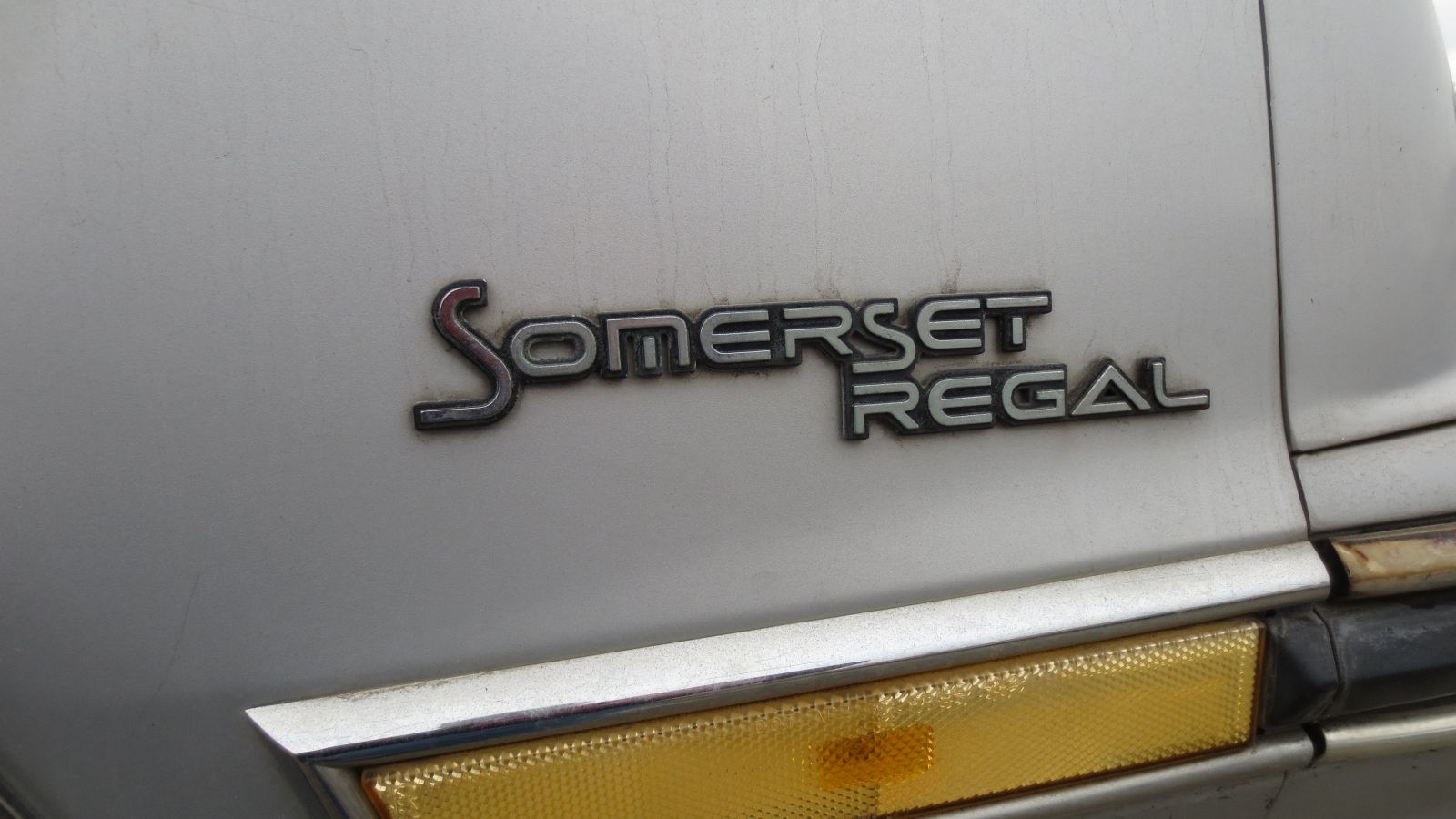 This badging confused many Buick shoppers at the time, because the 1985 Regal was a "traditional" midsize rear-wheel-drive car, based on the increasingly antiquated G-Body platform, and the Somerset Regal was an N-Body front-wheel-drive compact. For 1985 and 1986, the car became the Buick Somerset. 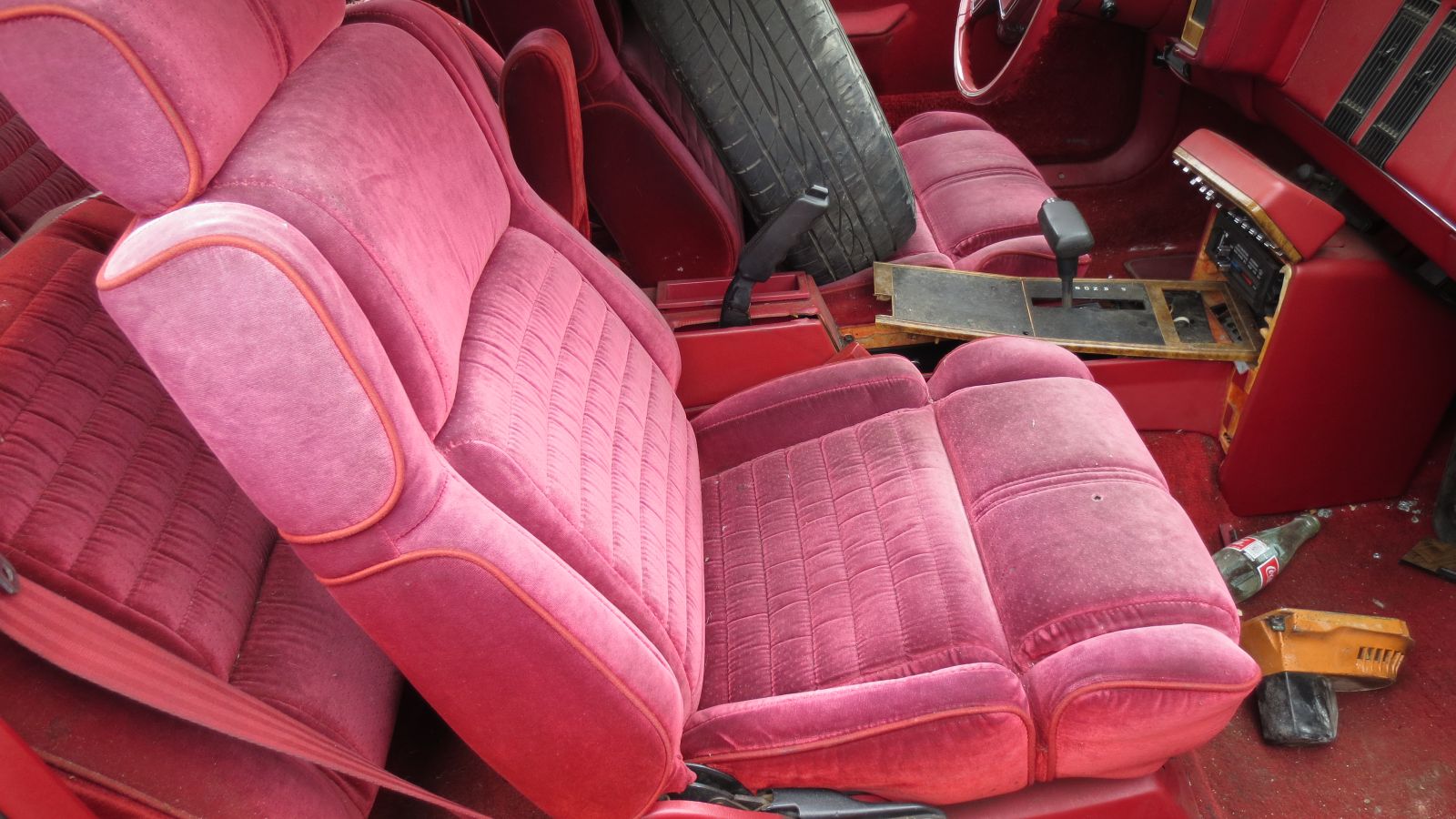 The interior is your standard Whorehouse Red velour, a theme used by everybody from Nissan to Chrysler during the 1985-1995 period. This cloth looks pretty nice for a car from sunny California. 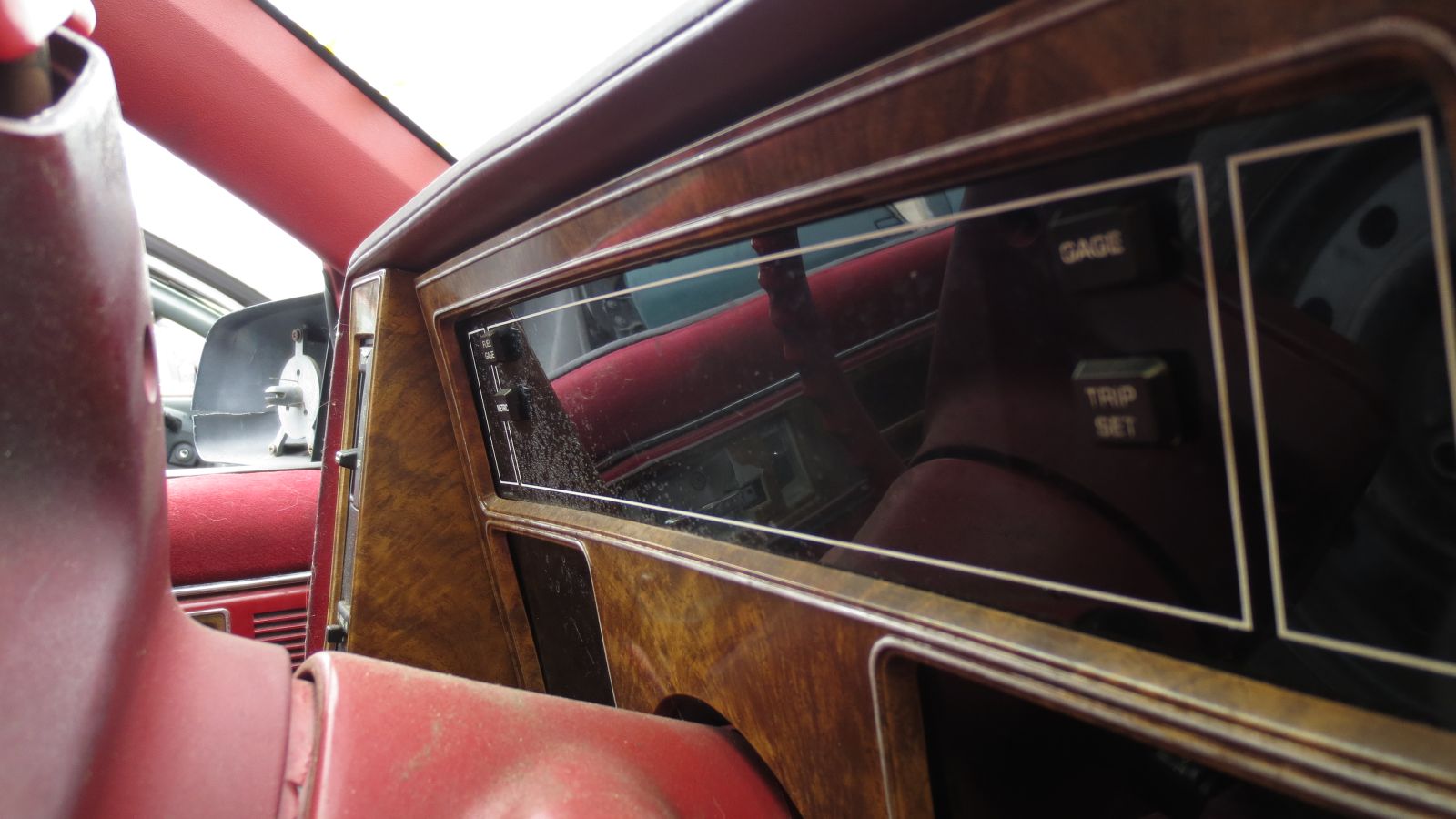 Digital dashes became very trendy during this period, with Mitsubishi, Subaru, Nissan, and even Toyota getting into the act during the first part of the decade, and everyone else jumping on the bandwagon a bit later. 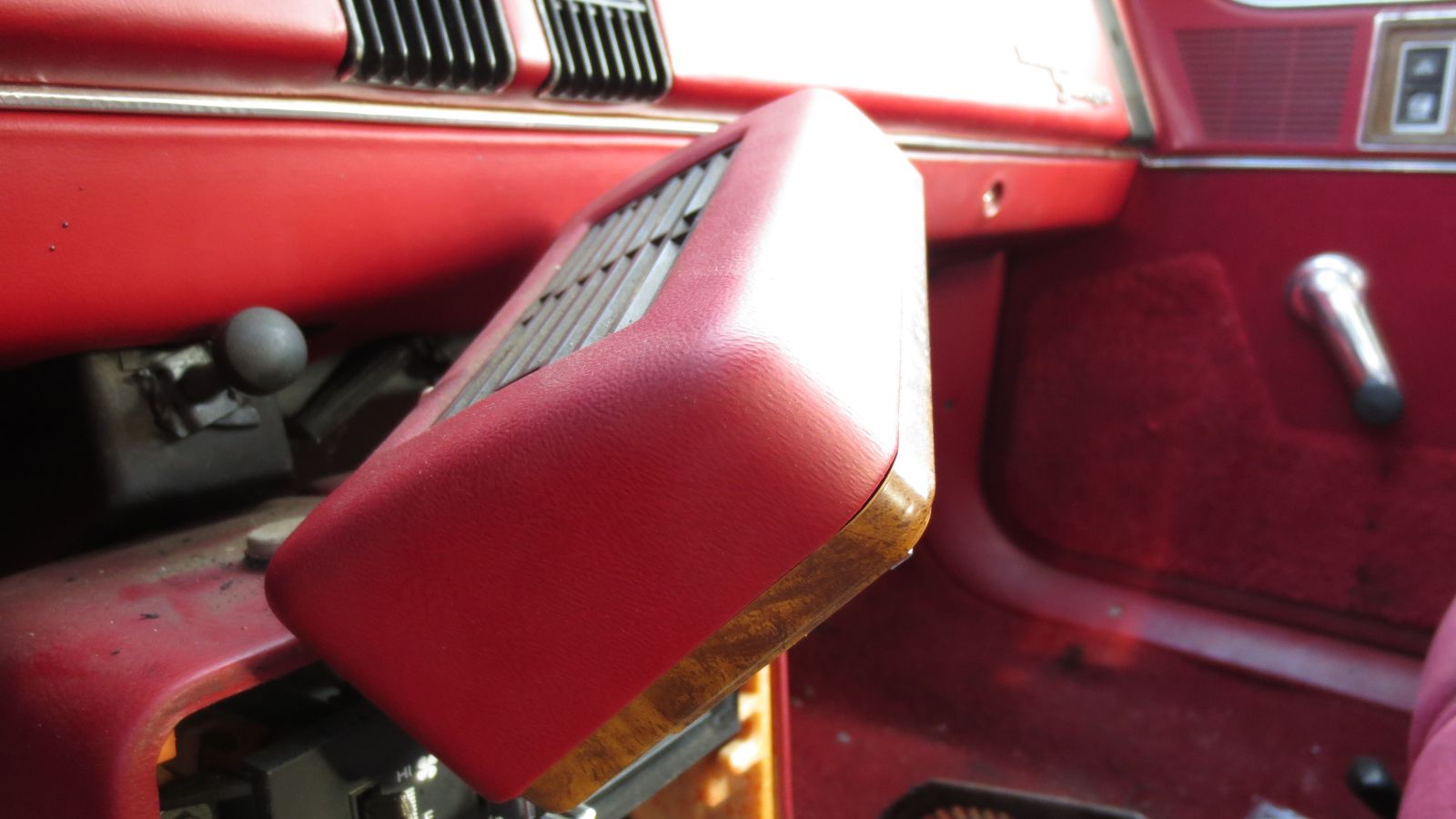 The radio face went into this weird pod perched over the HVAC controls, which looked like something from the Mars Base and made aftermarket audio-system installation nearly impossible. The factory cassette deck, if desired, had to go elsewhere in the console. 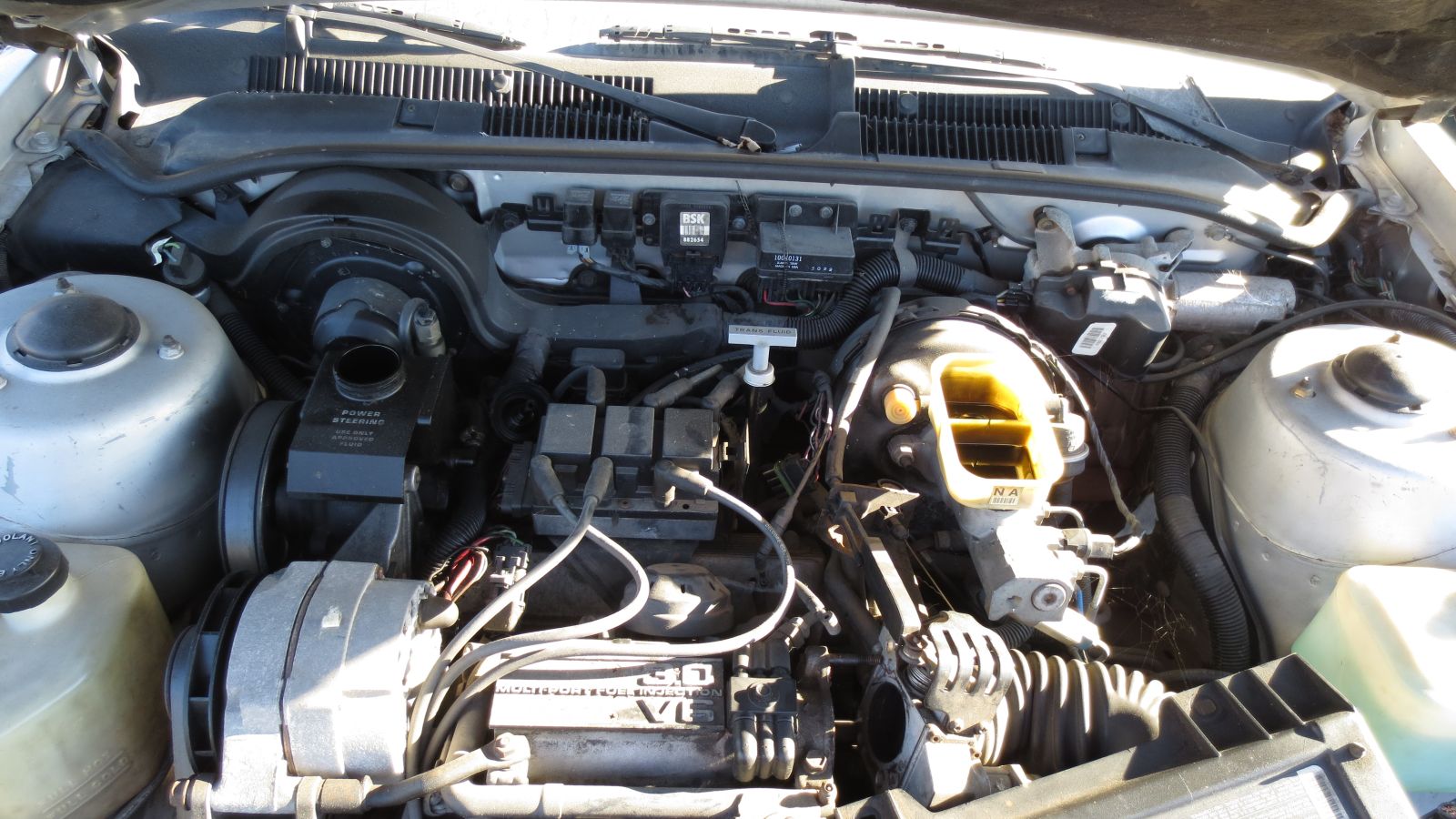 The base engine in the Somerset Regal was the decidedly un-European Iron Duke four-cylinder with 92 horsepower, but this car has the optional 120-horse 3.0-liter V6. In theory, a 5-speed manual transmission was available, but I'm guessing that the quantity of so-equipped Somerset Regals was numbered in the high dozens. 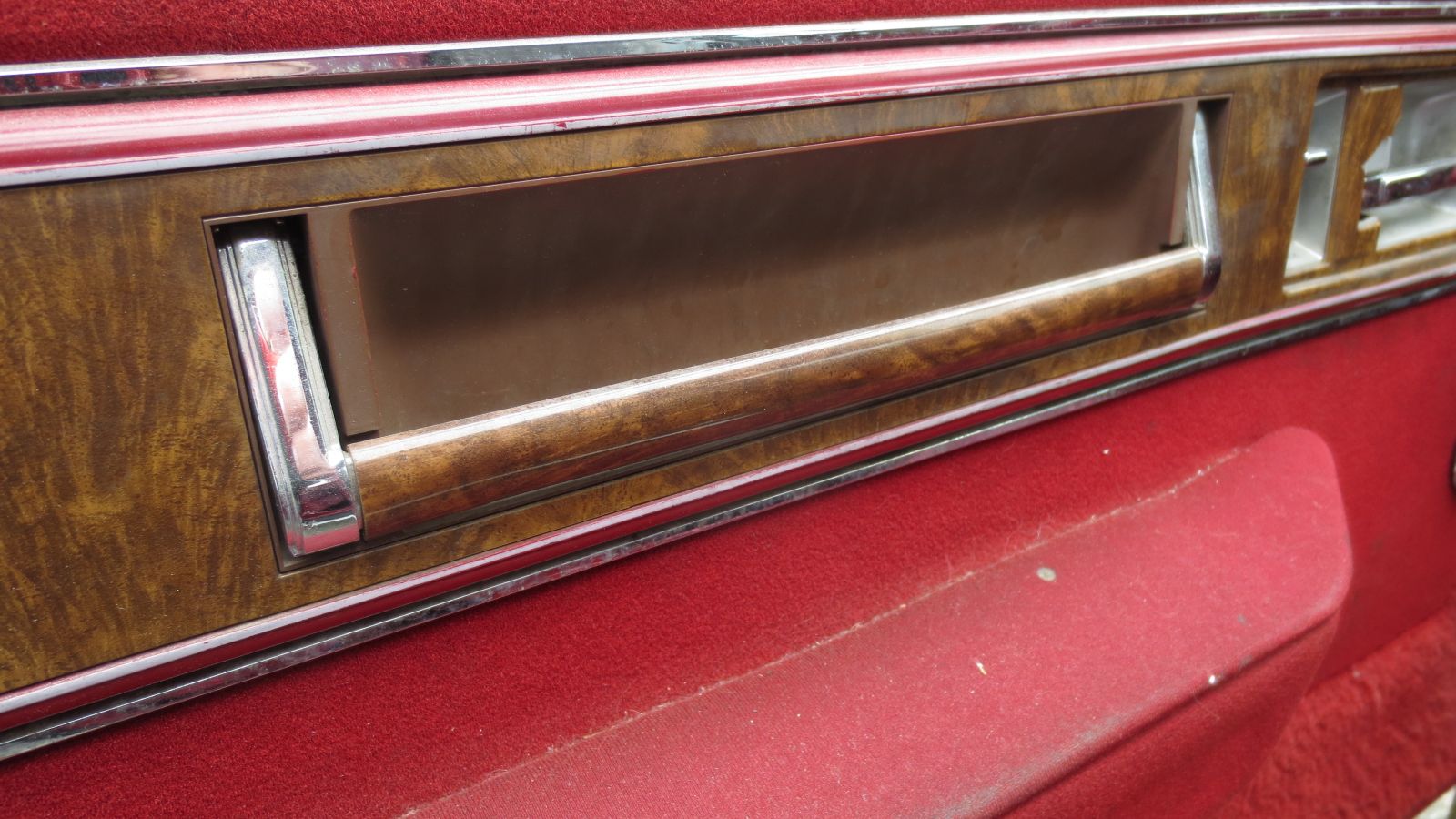