What you need to know about this popular crossover

Honda's CR-V has been a top-seller for the Japanese automaker almost from the get-go when it was launched in the late 1990s, and it has benefited from Americans' seemingly unquenchable thirst for crossovers, setting an all-time-high sales mark as Honda's best-selling model in 2017.

Honda redesigned the CR-V for 2017, introducing an upgraded version of the 1.5-liter turbocharged engine also found in the Civic, stretching the body to give it more interior space, and refining the driving experience. Nothing significant has changed for the 2018 model year. The CR-V is available in LX, EX, EX-L, and Touring trims.

Autoblog offers this buyer's guide to help you make an educated decision about whether or not to buy the 2018 Honda CR-V. We'll include safety and reliability ratings, engine specs and horsepower, fuel economy ratings and pricing. We'll also summarize what Autoblog's professional reviewer thinks of the CR-V. 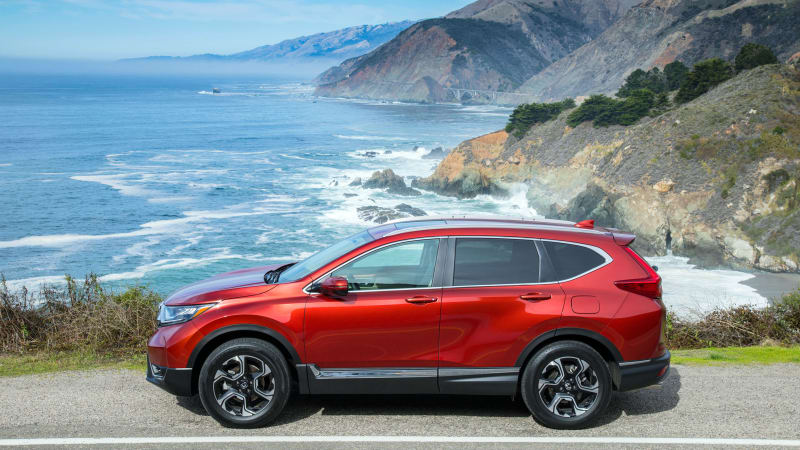 
The National Highway Traffic Safety Administration gives the 2018 CR-V an overall five-star rating, the highest possible. The federal agency also gives the CR-V five stars for front- and side-crash protection and four out of five stars for protecting passengers in rollover crashes.

The CR-V earns a coveted "Top Safety Pick" from the Insurance Institute for Highway Safety, with "good" ratings across the board in its crash testing, including small-overlap frontal crashes and roof strength. IIHS deems the CR-V's front crash prevention "superior" when equipped with the Honda Sensing safety technology. It rates both headlights and child-seat LATCH anchor ease of use as "acceptable."

Don't forget to visit the NHTSA and IIHS websites to review ratings on the specific vehicle you're researching, since ratings may differ for CR-V models from other years.

How reliable is the Honda CR-V?


J.D. Power reviewed the 2016 CR-V, part of the previous generation, as the most recent model. It gives the CR-V three out of five stars — "about average" — for overall quality, two stars for overall performance and design, and four stars ("better than most") for predicted reliability. We expect the 2018 CR-V would receive substantially similar ratings.

Just a heads-up that Autoblog has raised concerns about the way J.D. Power weighs serious and less-serious reliability issues. You can read more about that here.

There have been no recalls of the 2018 CR-V, according to NHTSA. 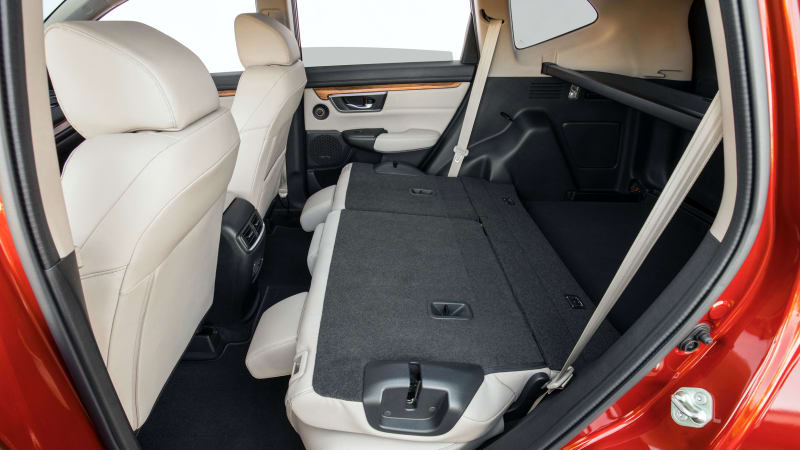 How much interior and cargo room does the Honda CR-V have?


The CR-V seats up to five people, though headroom varies slightly across trim levels. It's greatest in the LX, at 40.1 inches in the front seats and 39.2 in back. For the EX and EX-L, those figures are 38 inches and 39.1 inches, respectively, while the Touring offers 37.8 inches and 38.3 inches.

By way of comparison, the 2018 Toyota RAV4, another top-selling compact crossover, offers 38.4 cubic feet of cargo room with the rear seats up, and 73.4 cubic feet when folded flat.

What are the Honda CR-V's engine specs and horsepower?


The powertrain lineup for the 2018 CR-V carries over from 2017, with the choice of a 2.4-liter inline-four-cylinder or a 1.5-liter turbocharged inline-four, both paired with a continuously variable transmission and both available in either front- or all-wheel-drive configurations.

The LX gets the 2.4-liter four-cylinder, which is rated at 184 horsepower and 180 pound-feet of torque. The EX, EX-L and Touring models come with the 1.5-liter turbo engine, which produces 190 hp and 179 lb-ft of torque. 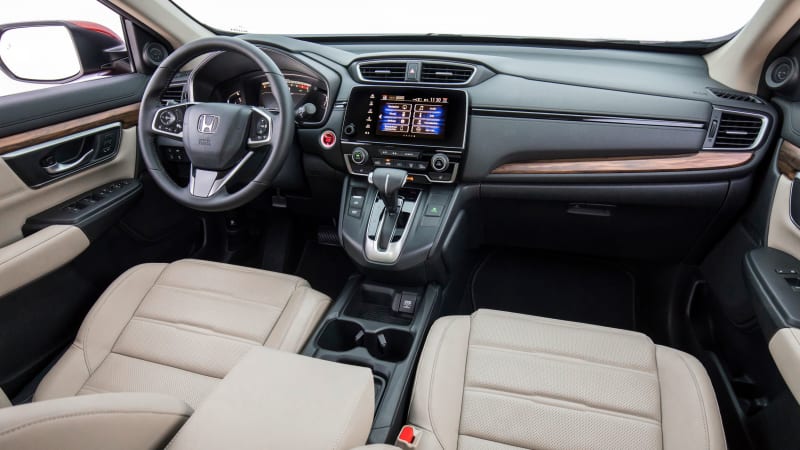 
The EPA rates the base-level 2.4-liter engine at 26 miles per gallon in the city, 32 on the highway and 28 combined. Versions equipped with the 1.5-liter turbo-four improve on those figures, offering 28 mpg city, 34 highway and 30 combined. Fuel economy dips slightly in both case when equipped with all-wheel drive.

How much does the Honda CR-V cost?

Use Autoblog's Smart Car Buying program powered by TrueCar to search out competitive local pricing and savings on the 2018 Honda CR-V. 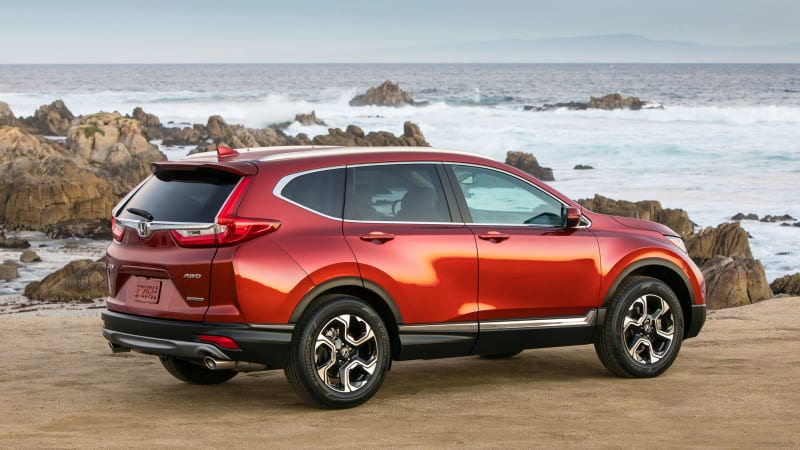 What does Autoblog think of the Honda CR-V?


Autoblog last reviewed the CR-V in 2017, when the current generation of the crossover debuted, meaning it's largely the same car as the 2018 version.

Consumer Editor Jeremy Korzeniewski praised its "thoughtful" interior layout, ride and handling, and he notes that in providing the utility part of sport utility vehicle, "the CR-V is the best of its breed. It's roomy, comfortable, and efficient — all qualities that make us think the 2017 CR-V will stay perched atop the best-selling crossover column for quite some time." 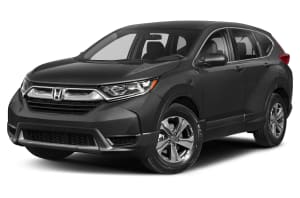