The Oldsmobile sibling to the Chevy Caprice coupe, now discarded The 1977 Oldsmobile 88s, along with the rest of the GM B-Body range (including the Chevrolet Caprice, Pontiac Bonneville, and Buick LeSabre), lost quite a bit of bulk compared to their predecessors, but sales remained strong enough. Production of this generation of Delta 88 continued through 1985, but I haven't seen many in wrecking yards in recent years; this once-snazzy '79 coupe has become a real junkyard rarity. 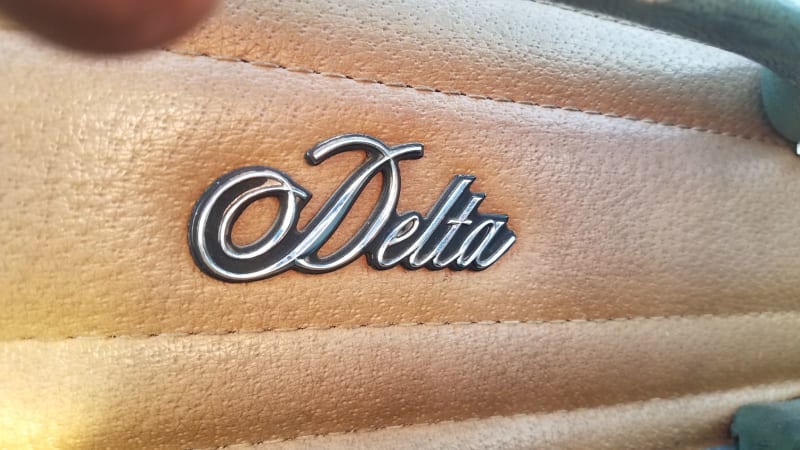 The Oldsmobile Division used the Delta 88 name from 1965 through 1988, putting this car close to the middle of the Delta's reign. 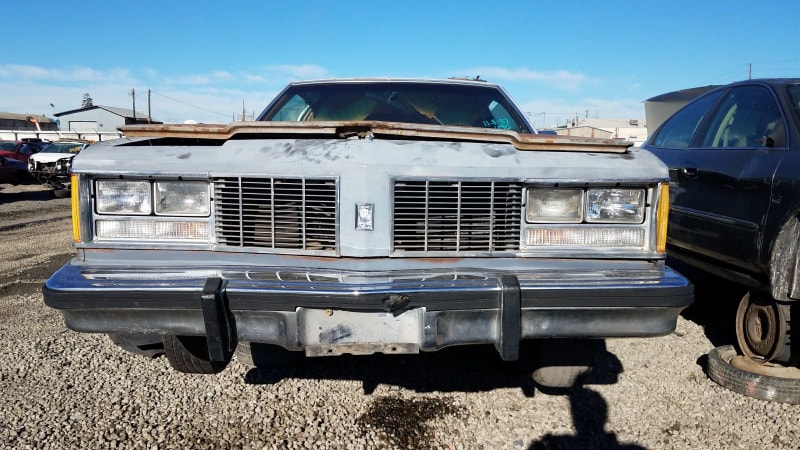 The very first rock-n-roll song had an Oldsmobile 88 as its subject matter, and plenty of Olds 88s have been immortalized in music before and since that time. Los Angeles punk band X recorded their song about a Delta 88 road trip in 1977, and the car may well have been a coupe like today's '79. 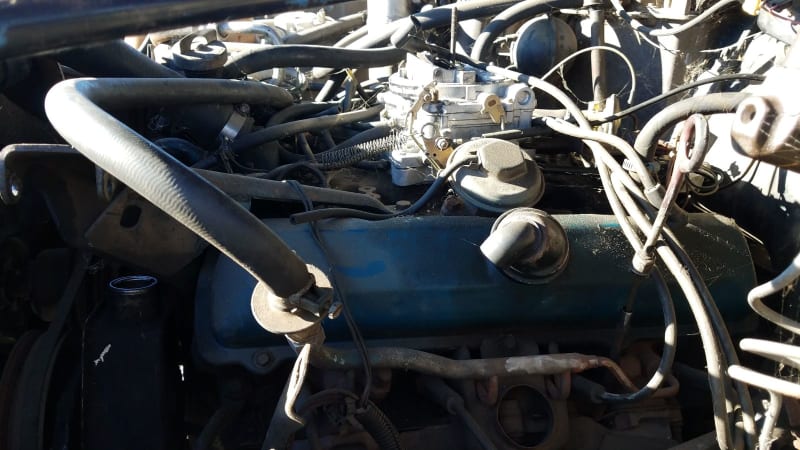 Engine output figures in cars were at or near their Malaise Era nadir in 1979. This car has an Oldsmobile small-block V8; according to the emissions sticker, it was built with the small-bore 260 (rated at a depressing 105 horsepower), but I didn't check block casting numbers so this could well be a swapped-in 307, 350, or 403 Olds. After the Chevymobile fiasco of 1977, when GM had to pay Olds buyers who got cars equipped with downscale Chevrolet engines, The General got more up-front about divisional mix-and-match games with engines; since this car came from the factory with genuine Oldsmobile power, no disclaimers were needed. 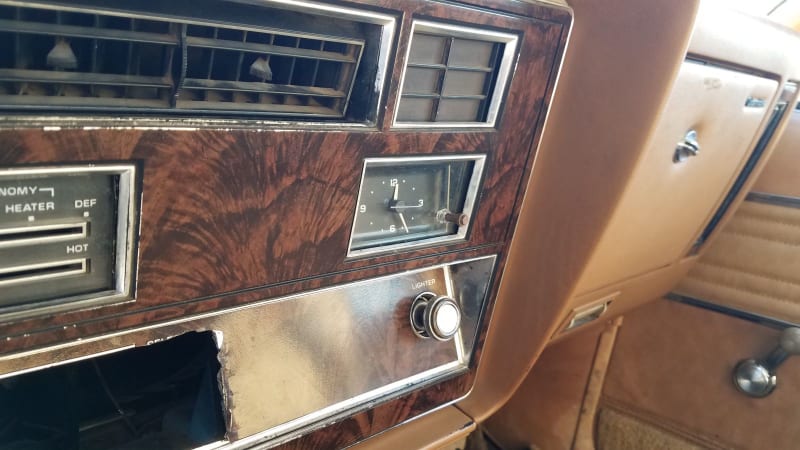 There's a lot of hard plastic and fake wood in here. 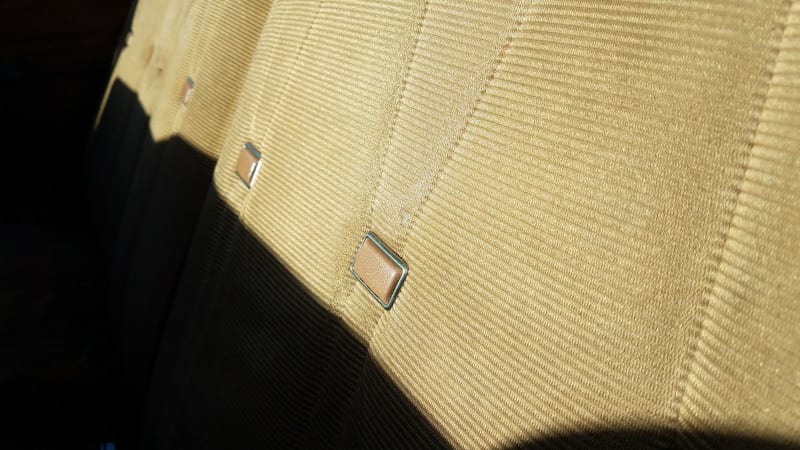 There's no rust (this being California), but the interior is beat and doesn't smell so good. Perhaps it might have been rescued in the rusty parts of the country, but not on the West Coast.