Department of Justice wants taxpayers’ $70,000 back

Reese Counts
A sheriffs office in Georgia recently purchased a new 2018 Dodge Charger SRT Hellcat. It's currently being used and driven by Gwinnett County Sheriff Butch Conway. Now the U.S. Department of Justice wants its money back. All $70,000 of it.

According to The Atlanta Journal-Constitution, the DOJ described the purchase as extravagant. The purchase was originally approved by the DOJ, with the money coming from asset forfeitures. The government has since questioned whether the car is being used for its intended and stated purpose — undercover and covert operations as well as the Gwinnett County Beat the Heat program.

The Beat the Heat program is a nonprofit meant to "to educate drivers about the dangers of distracted driving and illegal street racing" by holding drag nights at local tracks. The Hellcat — along with a 1996 Chevy Impala SS, a 1990 Chevy Corvette and 2004 Volkswagen GLI — are all featured on the Beat the Heat website. All but the Hellcat are privately owned and funded.

The DOJ prohibits the use of taxpayer money for "extravagant expenditures" and says the "the vehicle in question is a high-performance vehicle not typically purchased as part of a traditional fleet of law enforcement vehicles."

The sheriff's office defended the purchase, stating that Sheriff Conway uses it to commute and "when he participates in field operations, covert and otherwise, with our deputies" and that "Conway maintains that this vehicle is an appropriate purchase, especially for an agency with a $92 million budget and the opportunity this vehicle provides in making our roadways safer."

The DOJ has given the sheriff's department until July 31 to repay the money. Gwinnett County intends to comply with the reimbursement. 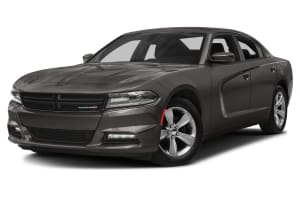