It’s complicated: Watch a Bugatti Veyron get a $21,000 oil change

Proof that life isn’t all roses for Veyron owners

Sven Gustafson
Here's a fascinating peek under the hood, or rather the rear carbon-fiber engine cover panel and undercarriage, that shows the complexity of getting a simple oil change for a Bugatti Veyron, courtesy of the folks at Royalty Exotic Cars. Servicing this Veyron Mansory Vivere owned by Houston Crosta costs an estimated $21,000. Jiffy Lube, eat your heart out.

How complicated can it be, you ask? Well, the video is 20 minutes long — and that's with the benefit of plenty of editing to cut out the boring waiting-around and taking-things-apart parts. Crosta estimates the Veyron is held together by nearly 10,000 bolts, and a heck of a lot of them have to be removed.

Changing the oil on one of the supercars starts with needing specialty GoJack car dollies to get underneath and hoist the lowered body high enough to get it on the shop's lift. Then, you have to remove the wheels on both sides, rear fender and carbon-fiber panel, carbon fiber wheel-well panels, the fuel filler ... and on and on and on.

Also, where most modern cars have one or two drain plugs, the Veyron has 16. The mechanics managed to drain 16.5 quarts of oil from the quad-turbocharged 8.0-liter W16 engine.

Rather do it yourself? Well, the mechanics estimate the difficulty of the oil change ranked a 20 on a 1-to-10 scale. At least for the first hour or so, until they managed to pry off the rear panel. Then it went to a 6, they say. "After everything's taken apart, some of this stuff is just plain and simple super easy," Crosta says. "But getting everything out to get to this point, that's a couple-day process."

Interestingly, Royalty will let you rent out a Veyron Mansory Vivere for almost the same price as the oil change — $20,000 — for 24 hours of fun. 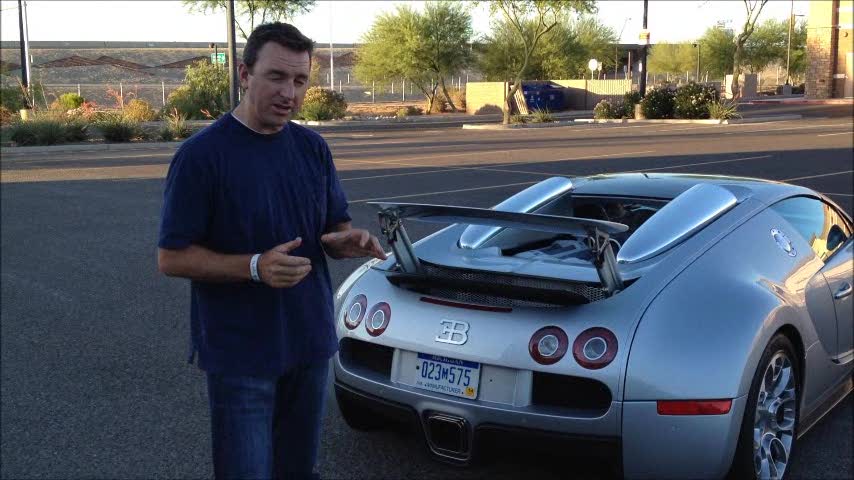