PORTLAND, Ore. — It seems like such a no-brainer. The 2018 Kia Niro PHEV has the body of a little SUV, which is just the thing that everyone, their mother, brother, and friend named Phil are clamoring for at the moment. The rest of the plug-in hybrid segment is dominated by slug-shaped eco mobiles that ape the Toyota Prius or that are literally a Toyota Prius.

Personally, I don't want to drive a slug. I also don't want to deal with weird interior controls, weirder interior design or four-person back seats. The Niro is very normal by comparison. Get in, press start, slide completely normal PRNDL shifter into D, and go.

Better still, the PHEV doesn't suffer from the laggardly throttle response of the regular hybrid Niro that hampers drivability and makes its EPA-estimated 49 mpg combined a bit of a mirage. You'll either get that mpg and live with an accelerator pedal seemingly unattached to the powertrain, or slot the shifter into Sport and live with fuel economy in the low 40's. That's far superior to the 20-something you'd get in comparably sized SUVs, but still short of the 50-something-mpg in the Toyota Prius, Honda Insight or the Niro's mechanically related Hyundai Ioniq cousin.

Compared to a typical, disconnected-feeling PHEV throttle, the Niro PHEV's throttle is perfectly normal, leaving Sport to those moments when you want a little extra zest from your plug-in hybrid (such a moment never seemed to arise). One can assume this is due to the larger battery that allows for greater electric input even when the plug-in battery range is depleted. When filled to the brim, it offers an EPA-estimated all-electric range of 26 miles, a figure I bettered by 1 mile during my evaluation route. That's nearly half of what you can get out of a Chevy Volt or Honda Clarity PHEV, but is similar to the Toyota Prius Prime and Ioniq PHEV. 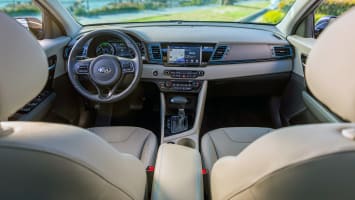 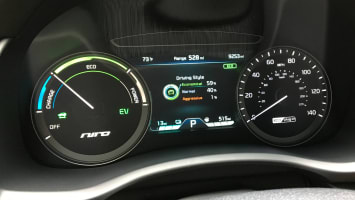 And really, how much you drive in all-electric mode makes the biggest difference. If your daily commute is in the 20-mile range, it doesn't really matter which of the above-mentioned plug-ins you choose. If it's more, though, the others will make more sense. The Volt and Clarity can run on electricity longer, and the Prius Prime and Ioniq are more efficient once their plug-in range is depleted.

In the end, though, isn't this really just splitting hairs? The Niro PHEV is still extremely efficient (you'd maybe spend an extra $100 per year compared to the most miserly competing PHEVs) and is a more viable vehicle away from the daily commute given its body style and overall packaging. It also doesn't look like a slug.

Specifically, I'd wager it would be an attractive choice for urban-dwelling young couples who only have one car and like getting out of town for the weekend. You know, the ones every little SUV is marketed to. It may not satisfy the more rugged needs of certain crossover buyers (it's front-drive only and ground clearance stands at a modest 6.3 inches), but it maintains most of the benefits the majority of buyers actually care about.

That includes cargo capacity. I managed to fit two midsize check-in suitcases and two carry-on rolling suitcases into the cargo area with some room to spare for a duffle bag. That matches the Subaru Crosstrek and betters the Hyundai Kona, which left two of those suitcases behind. On paper, the Niro's 19.4 cubic feet behind the back seat is actually closer to the Kona, but by being boxier, it's ultimately more functional. Plus, with its traditional hatch and long, flat roof, the Niro is better suited to mounting bike racks or roof boxes than one of those slug-shaped cars. 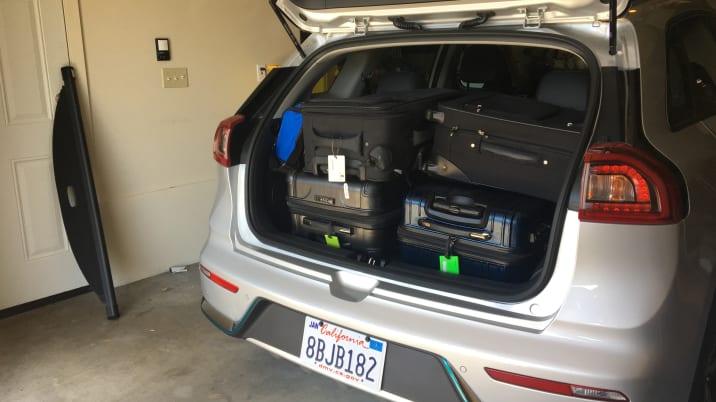 In terms of passenger space, a pair of 6-footers should be able to fit front and back. Headroom is plentiful. There should also be enough space for a rear-facing child seat to fit on one side, but don't quote me there, I was eyeballing it. So, although exceedingly large strollers and other baby-supporting accoutrement may overwhelm the Niro, I think those urban-dwelling young couples could manage to lug around a child for a little while. And hopefully Kia has cooked up a Sorento PHEV by the time kid No. 2 arrives.

As for the price, the PHEV starts at $28,840, including destination, and tops out at $35,440 for the loaded EX Premium — there are no options. That compares to $24,280 for a base Niro and $32,940 for a top-of-the-line Touring, but those aren't eligible for the $4,543 federal tax credit you'd get with the PHEV. Do the math, and that either cancels out the PHEV's price premium or actually puts you in the green, and that's before any state-level rebates that might be out there. Translation: The PHEV is not only cheaper to run but probably cheaper to buy too.

Now, the engine is a little louder and gruffer when it finally comes to life, and the overall driving experience is best described as "indifferent." Those hardly seem like grave concerns given the bar set by both plug-in hybrids and subcompact SUVs, but it is something to consider if there's room for only one car in your garage. Something zestier (Ioniq) or refined (Clarity) could be appreciated.

Yet, that brings me back to the beginning. People prefer the SUV body style now, and the Niro is exactly that, while also meeting the errand-getting, fuel-sipping urban runabout M.O. of a plug-in hybrid without being weird, annoying, compromised or depressing. It seems like the way of the future. 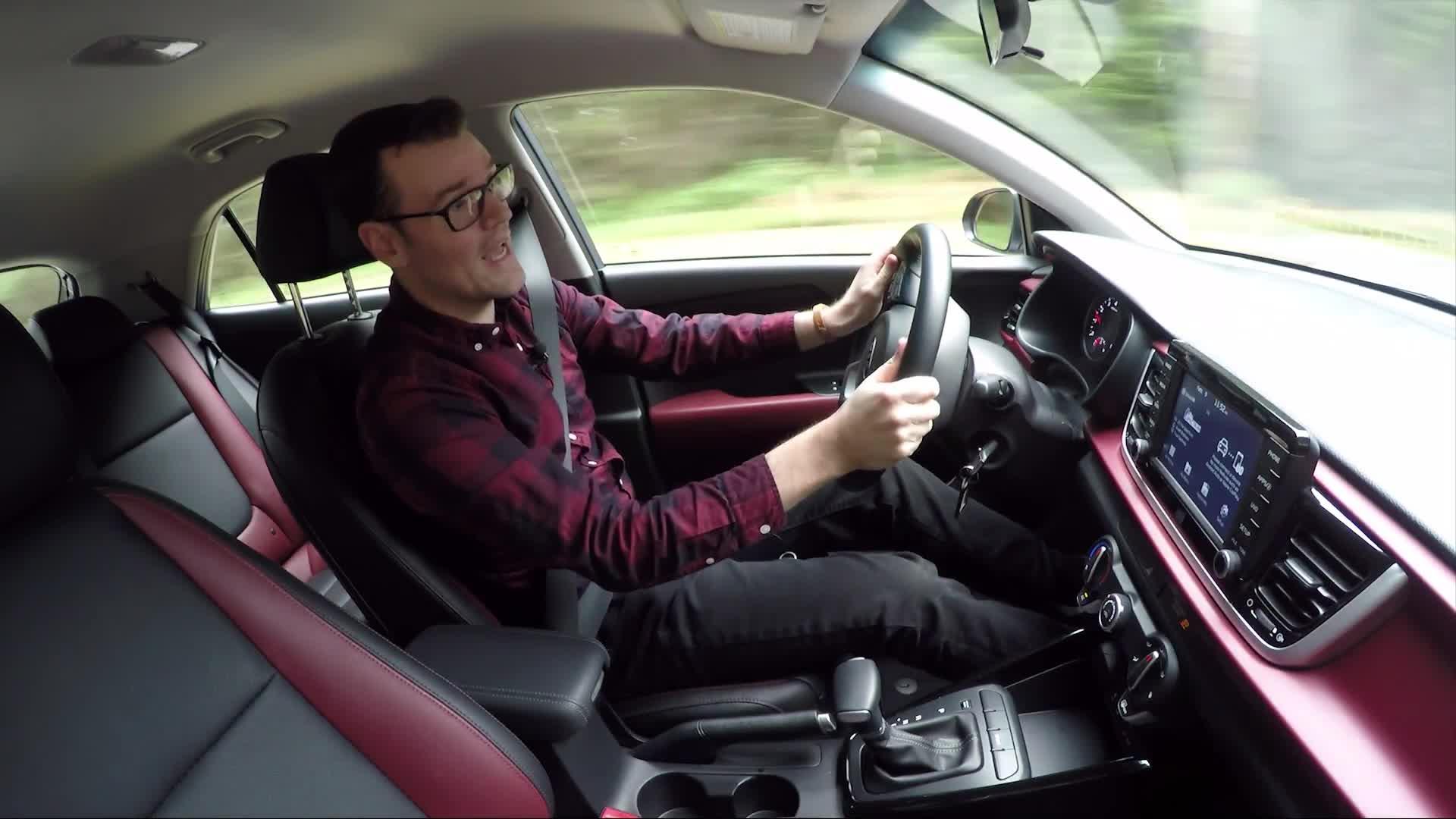