Kids might fit in its third row ... but not for long

PORTLAND, Ore. — Why on Earth does Lexus still make the Jurassic GX 460? It's old, inefficient, body-on-frame and completely atypical of the rest of the three-row luxury segment. Well, the answer lies in that segment descriptor: three rows. People want them, yet Lexus didn't offer anything else between the two-row RX and the $85,000, Land Cruiser-based LX 570.

Despite this lineup gap lasting for two decades, Lexus decided to finally attempt filling it with a seemingly quick-and-dirty solution: Lengthen the RX 350, shoehorn in a third row, add an L to the name, wipe hands together, call it a day. The resulting 2018 Lexus RX 350L does indeed have a third row of seats and is generally a far superior vehicle to the GX. It's better to drive, massively more efficient, and its beautiful interior is up to the current Lexus norm. The cargo door doesn't swing into the curb.

Plus, unlike some other slapped-together lengthened jobs over the years like the Chevrolet TrailBlazer EXT or even the long-wheelbase Range Rover, the RX 350L doesn't suffer visually for its extra inches. In fact, it can be difficult to tell the L apart from a non-L unless the two are parked together in profile. If everything, the extra 4.4 inches of length might actually improve the RX's proportions from certain angles. Of course, quite a few people find the current RX to be hideous, so finding comments below that include the words "lipstick" and "pig" would not be surprising. 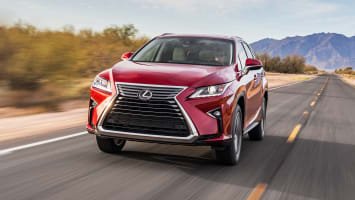 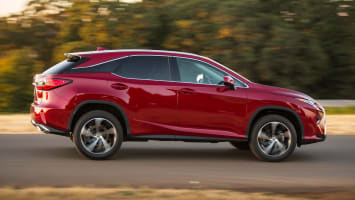 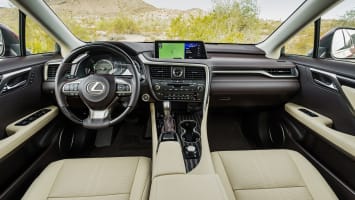 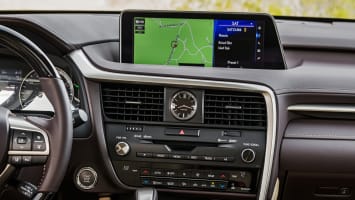 Adding the L also doesn't seem to take away from the RX's driving experience, which continues to impress. The current model is buttoned down and involving in a way its couch-like predecessors never attempted to be. From the lowered driving position to the more responsive steering, this is a far more driver-oriented vehicle. You don't even need to engage Sport mode, but doing so dials in an appropriate level of steering weight and sharpens throttle/transmission response. This general sportification also hasn't taken anything away from comfort, as a three-hour road trip from Portland to Seattle proved it to be a superb highway cruiser. Both seat and ride comfort are excellent.

That was with two people aboard, however. Later in the week, we managed to easily fit an extra pair in the second row along with a rear-facing baby seat. That's all well and good, but the regular RX can do that. The wheelbases of both regular and L are the same at 109.8 inches, and although Lexus' spec sheets indicate the L has 7 fewer inches of second-row legroom, that seems like a measurement quirk resulting from the L's sliding seat. They should effectively be the same.

OK, so what about that third row? I'll be blunt: It's a joke. My 5-foot-0 wife climbed back there and had just enough headroom. There was literally no legroom for her unless the second row was slid as far forward as possible. When my 6-foot-3 self climbed back there, the resulting scene was something akin to a fossilized pterodactyl. I'm struggling to think of third-row seat that's smaller and/or harder to reach. For comparison, I can comfortably fit in larger crossovers like the Volvo XC90, Land Rover Discovery, Honda Pilot or GMC Acadia. I cannot in the Acura MDX or Toyota Highlander, but there's at least more space than in the RX 350L.

OK, so adults can't fit back there, who cares? Don't people just use these in emergencies when taking extra kids somewhere? Fair enough, but those kids will have more room and will be more comfortable in virtually every competitor. It'll also be easier for them to reach that third row (the pass-through is tiny). Plus, if we assume a 5-foot-0 person is the size limit, how long will it be before the kids outgrow it? If you thought your teenager was surly now, try stuffing them into the back of an RX 350L.

On the upside, at least it manages to maintain some cargo volume behind that raised third row. There's actually more depth than you'll usually find in three-row vehicles, as 16.3 cubic-feet is pretty good. Several grocery bags or a pair of small suitcases should fit easily. Lexus actually engineered the third-row seat backs to cleverly slide forward and down in order to create this amount of space. 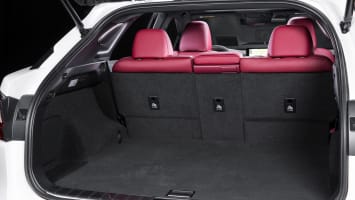 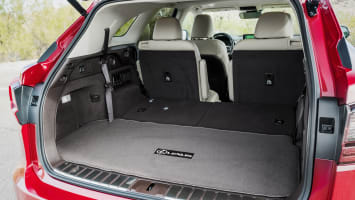 So that's good, but overall cargo capacity is not. According to Lexus specs, you only get an extra 2.2 cu-ft. of maximum cargo space in the L, with a total capacity of 58.5 cu-ft. An Acura MDX has 90.4. It seems likely that the raised floor resulting from the third row negates the extra 4.4 inches of length. Nevertheless, there is a greater improvement when you compare the space behind the second row only: 18.4 cu-ft. vs 23.0. That's still mediocre, and the RX's sloped roofline continues to limit its versatility, but improvement is still improvement.

So, if you're looking for an RX with greater cargo capacity, the L at least accomplishes that for an extra $3,900. Perhaps it's worth the extra dough if you really have your heart set on an RX 350, because the extra length and row doesn't take much away from this luxury crossover beyond perhaps 0.3 seconds of 0-60 time. A case can be made that it's a better RX. However, if you're looking for a legitimate three-row family crossover, Lexus still has a gap to fill. 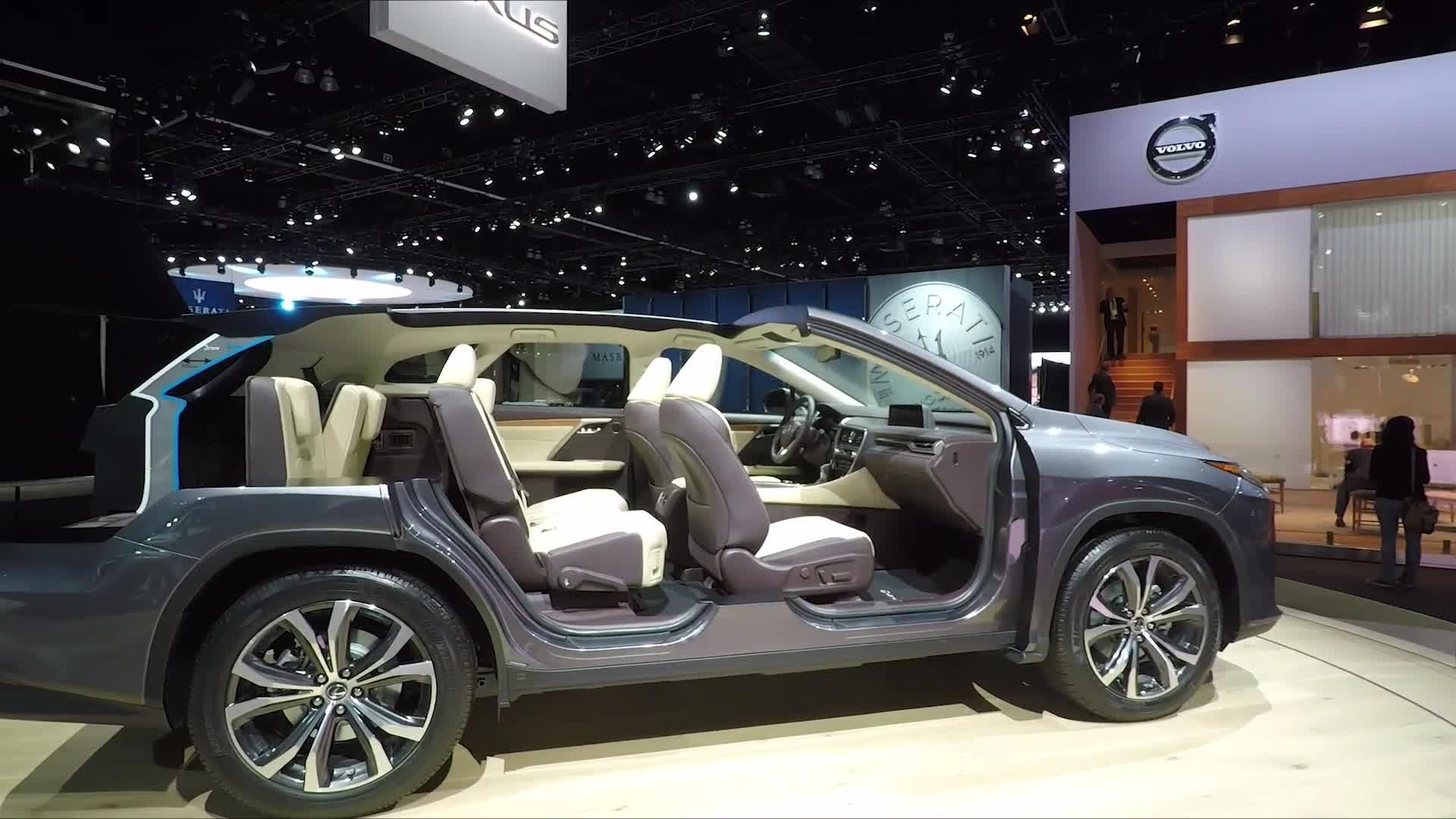