McLaren's Senna doesn't just have the moves, it has the swagger

LISBON, Portugal — Ferrari owners don't just buy a car, they buy an image of performance and sophistication. Let's be honest: this reflected glory is a primary motivating factor for supercar ownership, and it's great for self-esteem. More to the point, it's sustained Ferrari for the last 70 years. And now McLaren, on a much steeper learning curve, is catching on that supercars need more than just dominating performance figures to reach the next level. If you're going to name your car after Ayrton Senna, it had better be something special.

Evidence is provided by the fact that the McLaren Senna isn't just wickedly fast, it puts you in the driving seat of a car named after one of the most revered F1 drivers in history, built by the road car arm of the team that powered him to three championships. Driving it might not make you his equal, but the marketing gold is self-evident.

McLaren isn't letting this opportunity slip through its grasp, not least in its choice of launch venue — Estoril circuit outside of Lisbon, the scene of Ayrton Senna's first Grand Prix win back in 1985. The manner of that victory, conducted in pouring rain and seeing him lap all but one of the field, set in place a legend. OK, he did it in a Lotus and not a McLaren. But given how many of the people behind this car also started their careers at Lotus, that's kind of appropriate, too. 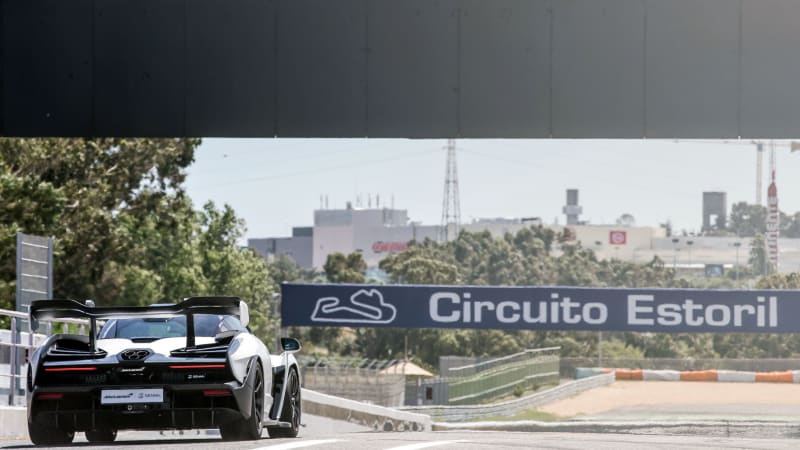 Thankfully it's not raining when I arrive at Estoril, so we won't be required to display similarly God-given driving talent. That doesn't make it much less intimidating, though. Having had the full technical deep dive, I confess to approaching this drive with a degree of trepidation. Sure, it's road car with street tires, air-con and touchscreen navigation. But 789 horsepower in a car weighing less than 2,900 pounds, fueled and ready to roll?

The Senna's 1,764 pounds of downforce at 155 mph is an impressive number, but pretty much an abstract concept unless you live on the track. But its 0-124 mph time, a whole second faster than a hybrid-enhanced P1? That's one to wake you up. Likewise, a track briefing before heading onto the track revealed that our braking point from 180 mph for Estoril's first turn will be 60 feet past what it would be in a 720S.

A few reconnaissance laps reveal Estoril to be narrow, technical, and with an odd mix of slow, tight corners and hugely committed high-speed ones. All with authentic, mid-1980s quantities of run-off. Which is to say, not much. If this introductory session was supposed to calm nerves before the main event, it comprehensively fails. 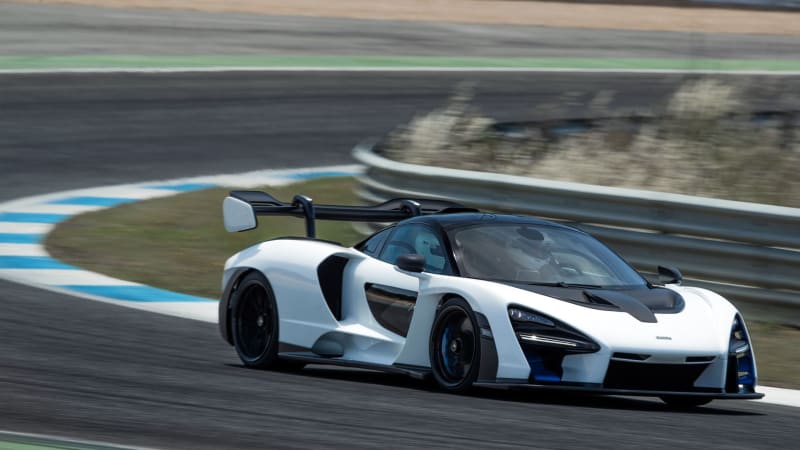 The Pure White Senna to which I am assigned is basically an Imperial Stormtrooper in automotive form. And about as warm and cuddly. I realize this car's looks are divisive, but in the context of a live pit lane it makes a whole lot more sense. Flashes of blue from the brake calipers and movable aero vanes within the front fenders are cool little flourishes, and the lucky 500 who've made the list will be able to mix and match these visual features according to taste. Or lack of.

When configured to Race mode, the car adopts a lower, raked stance, wheels sucked into bodywork race car-style while that rear wing casts — in every way — a large shadow. With much of the sill lifting away with the door, access is surprisingly good. Thanks to the manual adjustment to wheel and seat (the latter weighs less than nine pounds), you can quickly find an appropriate race car seating position with the wheel right into your chest. Warnings about braking forces noted, I accept the invitation to nip the shoulder straps up tight against the HANS device without registering this also tightens the crotch belts. I'll live to regret this. 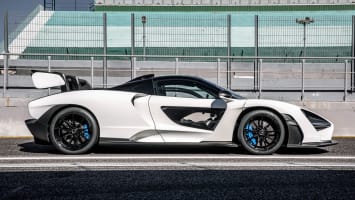 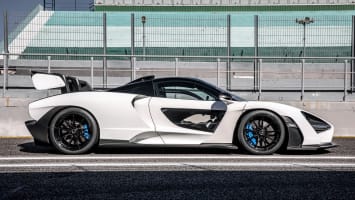 I don't have a whole lot of time to register the cabin, except to say that it's minimal, carbon weaved and stylishly pared back to the minimum. Owners have the choice of slightly heavier glass lower door panels that most have taken, while this car's fixed carbon bulkhead (you can have a glass one) gives the cockpit an authentically claustrophobic race car vibe. The intercom clicks in and my courageous chaperone cheerily informs me he won't have much time for direction beyond the basics of "brake" or "power."

And then we're off, literally following the tire tracks of Ayrton Senna.

Charismatic engines have never been a McLaren forte, but what this uprated 720S motor lacks in operatic soundtrack it more than makes up for in punch. Unlike the P1, "torque fill" doesn't come from an electric boost, it comes simply from lack of weight. Meaning you can short shift and brace the available traction against the swelling 590 pound-feet of torque rather than risk it lighting up the rear tires at the more explosive end of the rev range. 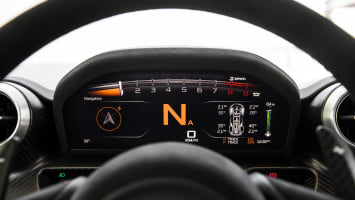 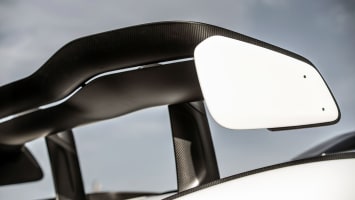 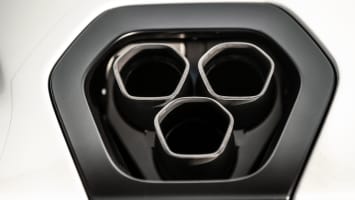 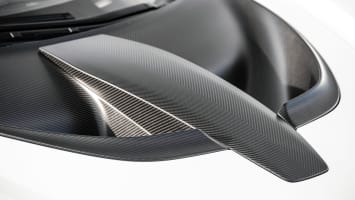 Unlike other McLarens, there's little sense of turbo lag, the transition between off- and on-throttle instantly communicated through neck muscles and an engine solidly mounted to the Monocell III structure you're lashed into. From the tight opening complex of turns, the track feeds into the back straight and a chance to really let it rip, the 125 mph kink gone in a flash and another 20 mph on the digital speedo between there and the braking point for the looming left-hander. My head is struggling to keep pace. A loud word over the intercom — "BRAKE!" — wakes me up.

Like all McLarens, the pedal is perfectly aligned with your left foot, making it easy to trail-brake in and bury the nose into the apex while overlapping your throttle input to power through while leaning heavily on the abundant downforce. There is, no doubt, all manner of clever stuff happening with interlinked aero, springing, damping and anti-roll — but the real trick is making you forget about that and concentrate on the honest feedback through fingertips and seat of the pants. Trust quickly replaces fear. 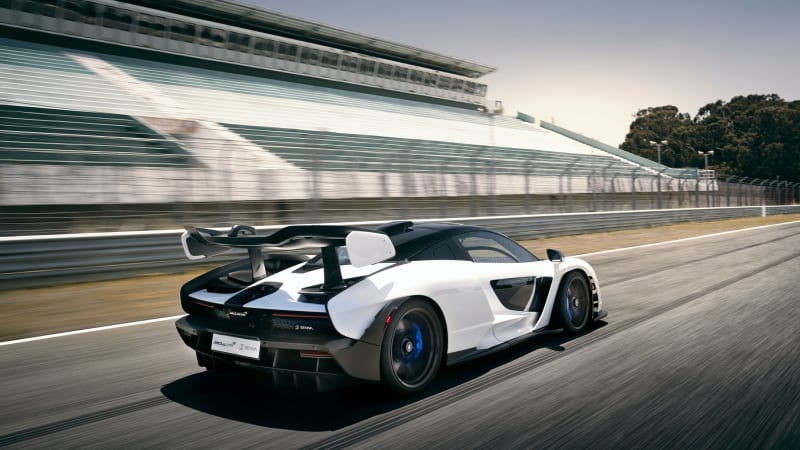 Steering feel is super sharp, another McLaren family trait, and you can sense an onset of deliberately engineered, rear-end-cooling understeer if you overcook your corner entry speed. But once through that, the traction is just immense. The P Zero Trofeo R tires all but bite chunks out of the track surface as the combined mechanical and aero grip delivers incredible traction.

The seemingly endless fourth gear final turn really shows the downforce. Coming around, that whisper of front end push alerts you to the limits before the track straightens, and then your eyelids are once again peeled back by the violence of the acceleration. And then there's the braking into turn one, the wing moving seamlessly through 35 degrees of motion to go from drag-reduction mode to its most aggressive setting. It's not just that over-tightened harness that has me crying out, the deceleration hurling me against the straps, but the car absolutely locked to its line as the car bleeds downforce off the front axle to counteract weight transfer and keep the car flat.

Like all McLarens, the Senna does without mechanical sway bars, the black boxes in charge of the P1-derived Race Active Chassis Control instead using the hydro-pneumatic spring chambers to support the car while the inside wheel can be left compliant to run up onto huge chunks of curb. The speed is stunning. But so is the confidence this car inspires in even an average driver. 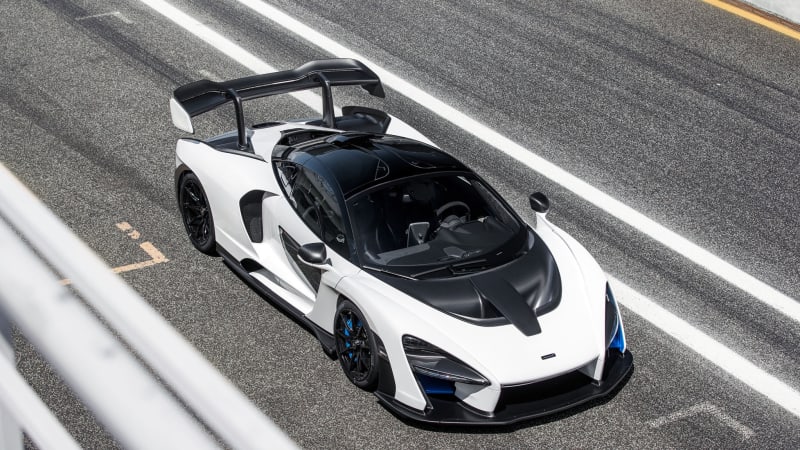 For all the track swagger, this is where the Senna's ambition becomes clear. McLaren may say it drives like a track car for the road, but the truth is it's still more the other way around. This is a subtle but important distinction. We heard that a British owner intends to drive his car straight from the factory and 800 miles across France to Paul Ricard circuit for a Pure McLaren track day at the end of July. Nothing in my experience with the Senna suggests this owner will be too challenged doing so.

And this, not the performance, is the most shocking thing about the Senna. The things that are meant to make it intimidating — the numbers, the looks, the intensity — actually make it less so. Because every input has an instant output, you know exactly what the car is up to. This accuracy is inspiring rather than scary. It's basically like a million-dollar, 800-hp Lotus Exige with air-conditioning. Which, given the shared history through Senna, this circuit and the guys that developed it, is kind of appropriate. Likewise, that there is a confrontational, ruthless streak in its pursuit of pure speed — like the man himself, the Senna isn't afraid of courting controversy. And the way it looks and the way it goes present challenges not everyone will accept.

This, arguably, is its biggest win. You may indeed bathe in the reflected glory of driving a car named after F1's most celebrated hero. It's a reflection of McLaren's growing self-confidence it feels now is the time, and this is the car, to do the same. That's a bold play in every respect, and one that McLaren has just about pulled off perfectly. 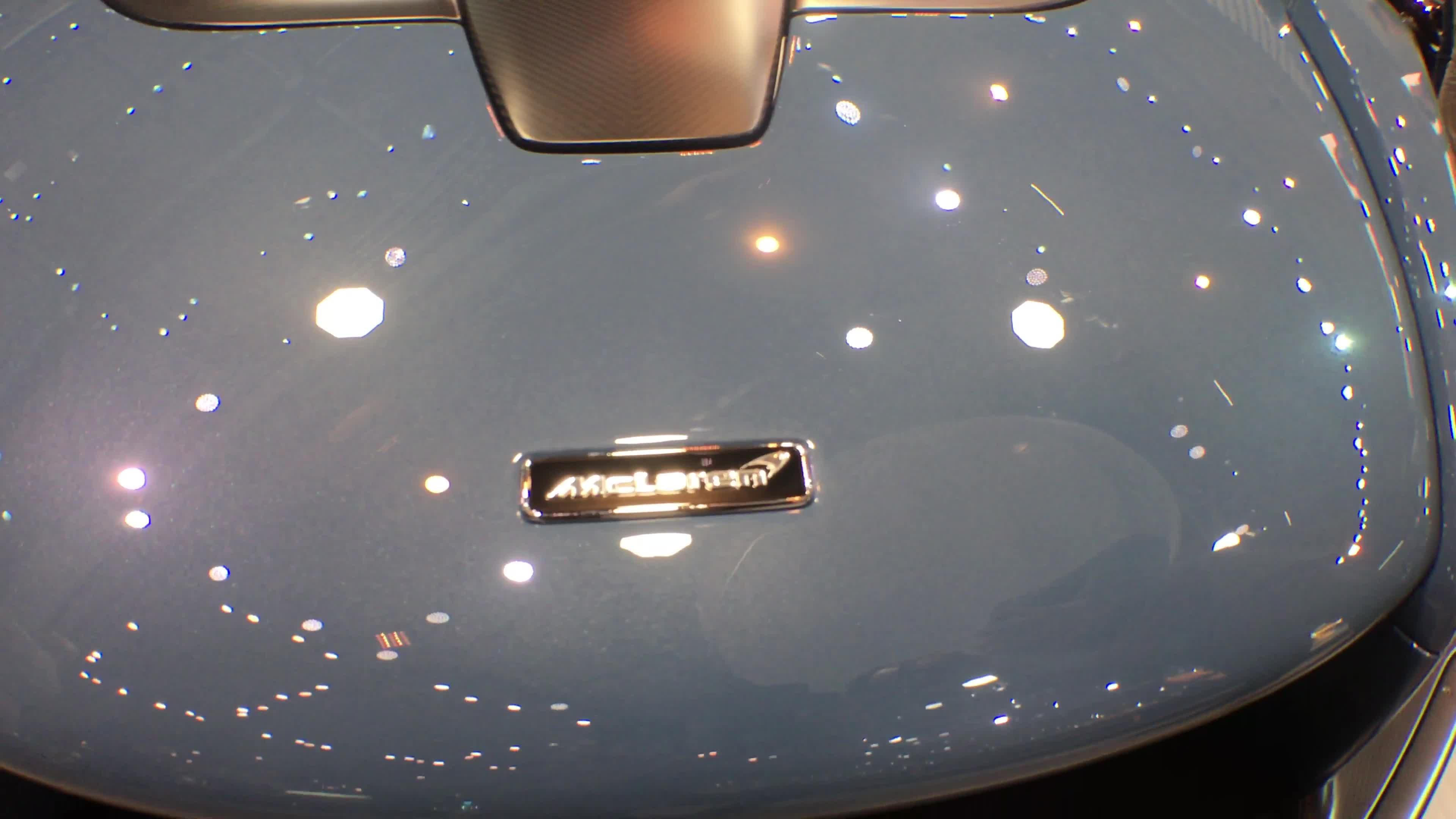