An intimate bubble of fun outside of our normal, average reality

Add a Review
There are moments when miniscule adjustments to something wonderful can yield unforeseen enhancements. The addition of a dash of Maraschino liqueur to a perfect Manhattan. The application of a few Newton-meters more pressure in a deep tissue massage. Gold-plating the wire wheels on your Commodore Blue Continental Package-equipped 1985 Cadillac Eldorado Biarritz Convertible. So it is with the Aston Martin DB11 AMR, a slight tweak to the Aston Martin DB11 V12 — already one of our favorite grand tourers.

The non-AMR DB11 hosts the ideal combination of profligate luxury, recherché exclusivity, and muscular performance. (The V8 is also ... fine.) But Aston Martin's new AMR performance sub-brand has drizzled its speed effluent onto the DB's componentry and software. The result borders on transcendent.

AMR was launched at the Geneva Motor Show in 2017 as the storied British marque's go-fast subsidiary (its M or AMG, if you will). Inspired in name, if not in mission, by the Aston Martin Racing team, it has already resulted in the AMR-ization of a half-dozen Aston vehicles including iterations of the Rapide, Vulcan, Valkyrie, and previous-generation Vantage. The $241,000 DB11 is the seventh in that series, and it will take the place of the "base" DB11 V12 when it appears in the states later this summer. 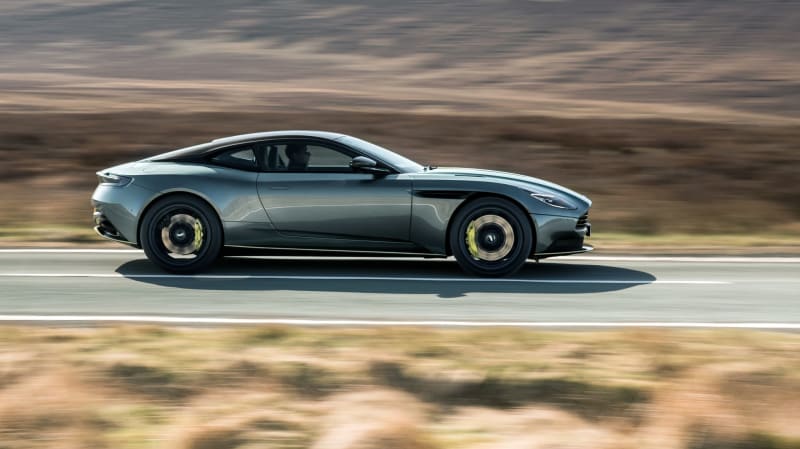 Since Aston recently opened the first of its fancy-pants AMR Performance Centers adjacent to Germany's famed Nurburgring racetrack, it seemed fitting that our test drive of the new car commence there. We snagged the DB's crystal-tipped key fob and spent a couple days tearing everywhere in the Rhineland region that wasn't the "Ring," including narrow wending mountain roads, expertly paved two-lane byways, and unlimited Autobahn über-highways.

AMR's sorcery has, as noted, yielded relatively small changes on paper. The twin-turbocharged 5.2-liter 12-cylinder now makes just 5 percent more horses, for a total of 630. The dampers and springs have been stiffened by about 10 percent, the anti-roll bars front and rear by half that and half again. More rigid engine and transmission mounts have been added for greater stolidity. The transmission has been remapped for increased differentiation across the GT, Sport, and Sport Plus driving modes, selectable via a switch on the right side of the steering wheel. (The left switch controls the suspension damping, which has also been remapped.) And the torque vectoring and stability control software have been recalibrated as well to allow for more. There are also a bunch of darkened and carbon fiber bestrewed trim bits – but sadly, not any of Aston's lovely, subtle greys, or greens, or grey-greens.

We were fortunate to be born with a butt-mounted g-meter and accelerometer, so we could measure readily the car's additional eagerness and its increased willingness to shift down under hard braking when entering a vicious S. It'll grab onto a gear through a sweeper and let it screech and blatter like a colitic Eurasian Eagle Owl. But most enticingly for incorrigible noise-hounds like us is the adjustments to the exhaust note that some AMR hooligan made, up-amping the volume in mid rev range and also allowing for near constant pop-off on overrun in Sport and Sport Plus mode. We left the car in Sport and Sport Plus — did you expect anything less? 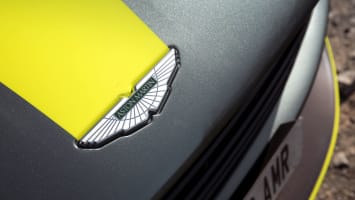 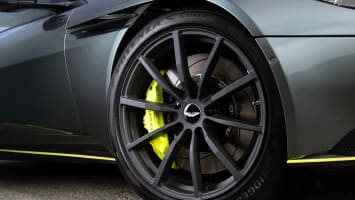 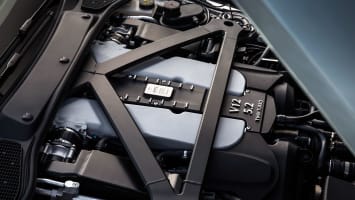 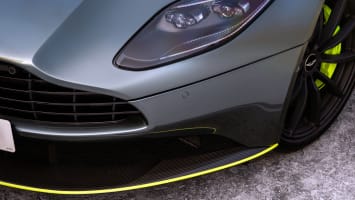 The DB11 AMR rewarded us for our choices. One could never accuse an Aston Martin of being impassive, but while we appreciated the refinement in the DB11 V12 when it was introduced in 2016, some haters complained that it had a bit too much reserve built into its software, and was perhaps too willing to intervene with the freeze ray when a driver wanted to get a bit more squanchy. The AMR has done a lovely job of un-nannying the DB without fully placing the infants in charge of the neonatal unit.

This was most evident on the backcountry roads that meandered through the Eifel Mountains, where terraced grapevines clung to the steep hillsides and menacing three-armed windmills lurked whirring at every crest. The previous DB11 may have cut short the power, especially in the drizzle, but this new car allowed us to skip and skitter to our heart's content. Without the nannies, we enjoyed terrorizing our passenger, stunning some fancy ponies, and, thankfully, losing the F1-delusional Sprinter pickup conversion that had been tailing and attempting to hound us for the prior 30 kilometers.

Even on the rare and inexcusable German road imperfection, or over a rural dirt track that may have led to a Absolut Verbotten sign and a deep mud puddle fronting an irresistible wildflower field photo op, the DB's sporty modes do not compromise your ability to maintain control of your brain stem and bladder, even when you're approaching brittle senescence as we are. It is hard to say what it is about the British character that causes them to produce cars that so resolutely combine compliance and adhesion, but whatever the root, the AMR delivers this compromise affectionately, even at triple digit speeds. 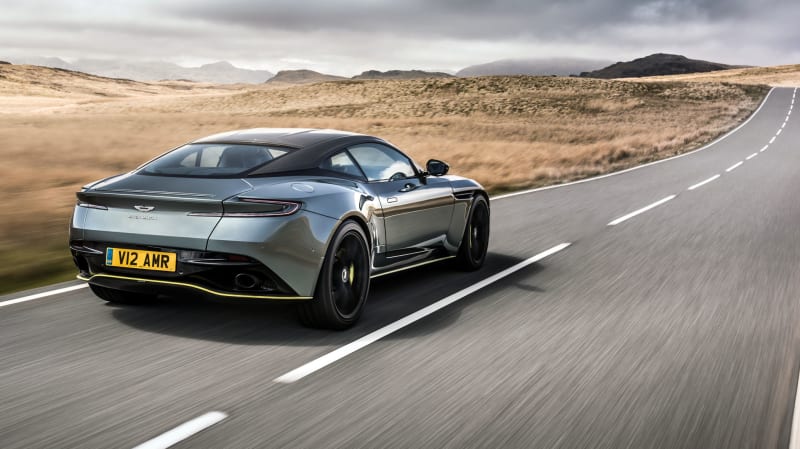 Which brings us to the Autobahn. We did not have enough roadway to test out the Aston's claimed top speed of 208 mph — though, having driven the new Bentley Continental GT the previous week, we did notice some one-upmanship at play. (The Aston's top speed is 1 mph higher than Crewe's latest V12 grand tourer, its output is 630 hp vs 626 hp, and the 0-60 time is 3.5 seconds vs. 3.6 seconds.) But we did hammer the DB to around 150 mph on one open highway stretch during a sunny and dry portion of our second day, and it was not even beginning to awaken. We wished for more time, but at our age, we think that about almost everything.

This is the thing about the extraordinary super GTs: They have a way of collapsing the world to an intimate bubble. One built just for you and your passenger. One through which you can transcend space-time, and one from which you hope never to escape. This truth, when applied to the DB11 AMR, needs no adjustment. 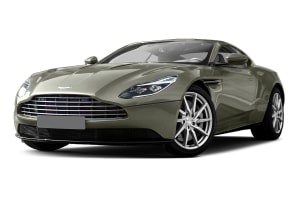