A final-year example of the Eagle-branded Chrysler LH, in vivid purple.

Chrysler's Eagle brand emerged in the aftermath of the purchase of American Motors by Chrysler in 1987, and it was supposed to be somewhat sportier and "European" than Dodge or Plymouth. Renault-based designs such as the Medallion and Premier, plus Mitsubishis such as the Talon and Summit made up most of the Eagle lineup, but the brand also got a version of the Chrysler LH: the Eagle Vision.

The final model year was 1997, and this blindingly purple '97 ends its days in a California self-service wrecking yard. 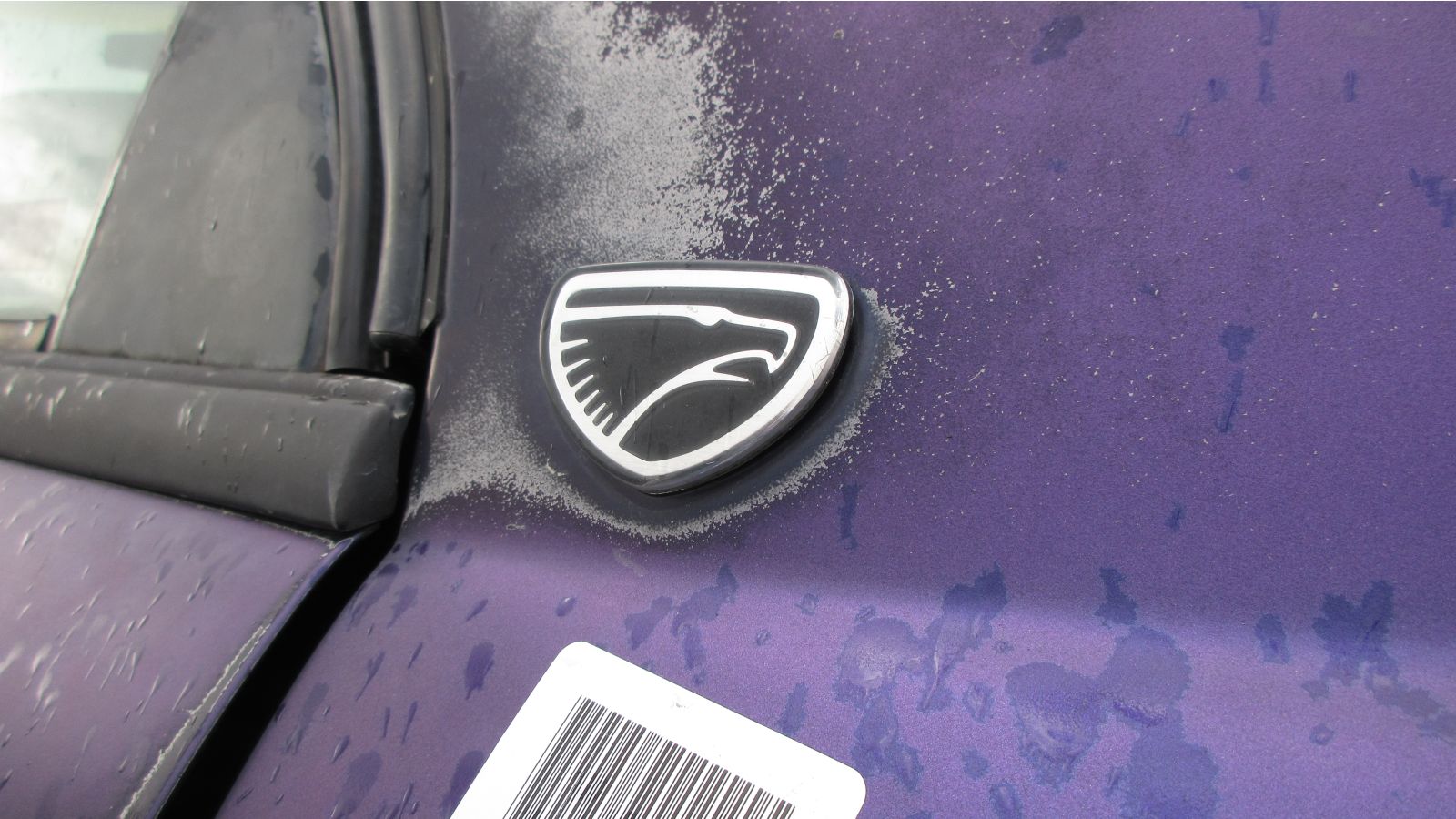 You can still see a bit of the old AMC Eagle logo here. 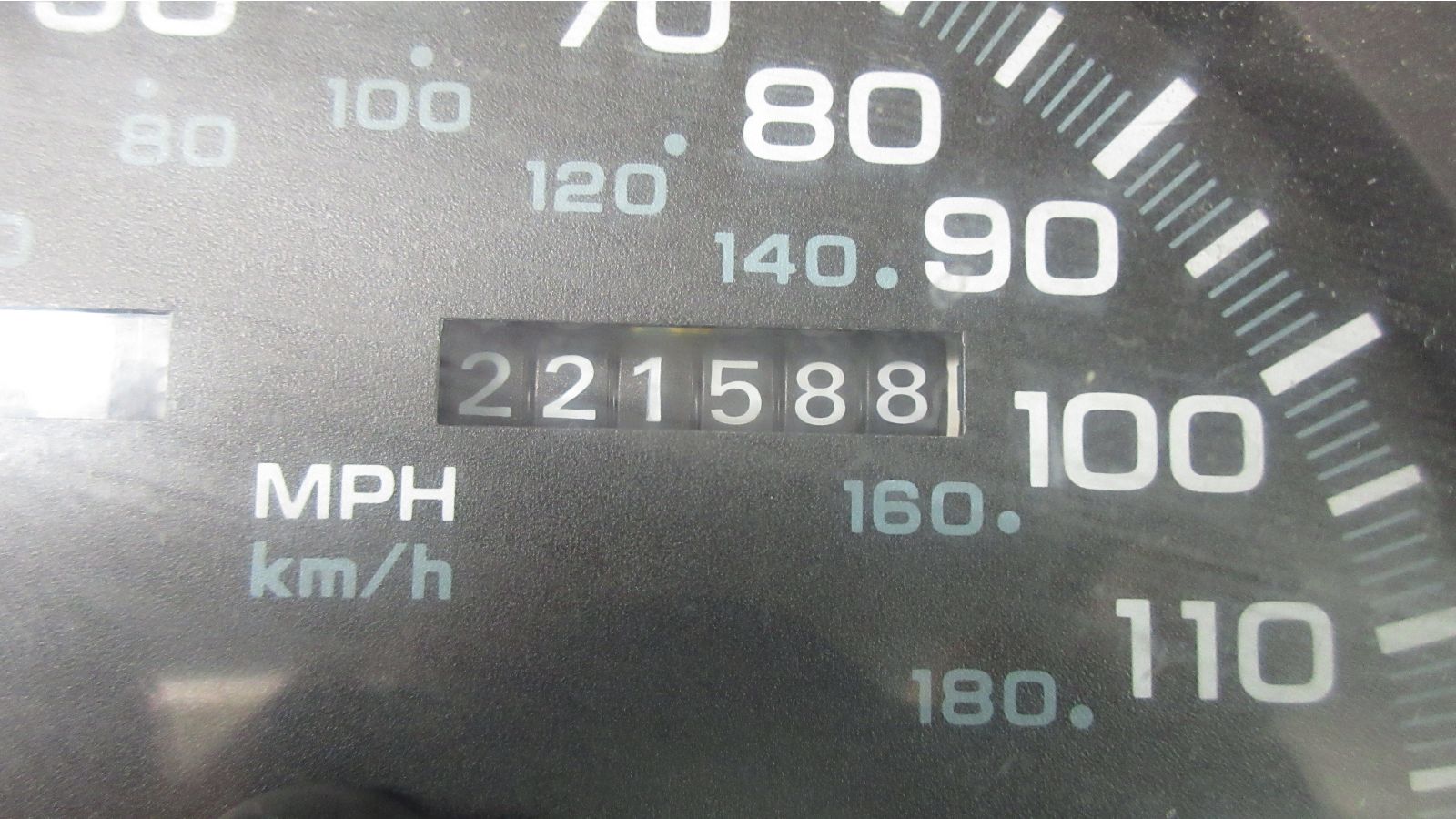 Say what you will about the alleged poor reliability of the Chrysler LH family— steering racks and transmissions have something of a bad reputation with these cars— but this one got well over 200,000 miles on the clock before retirement. 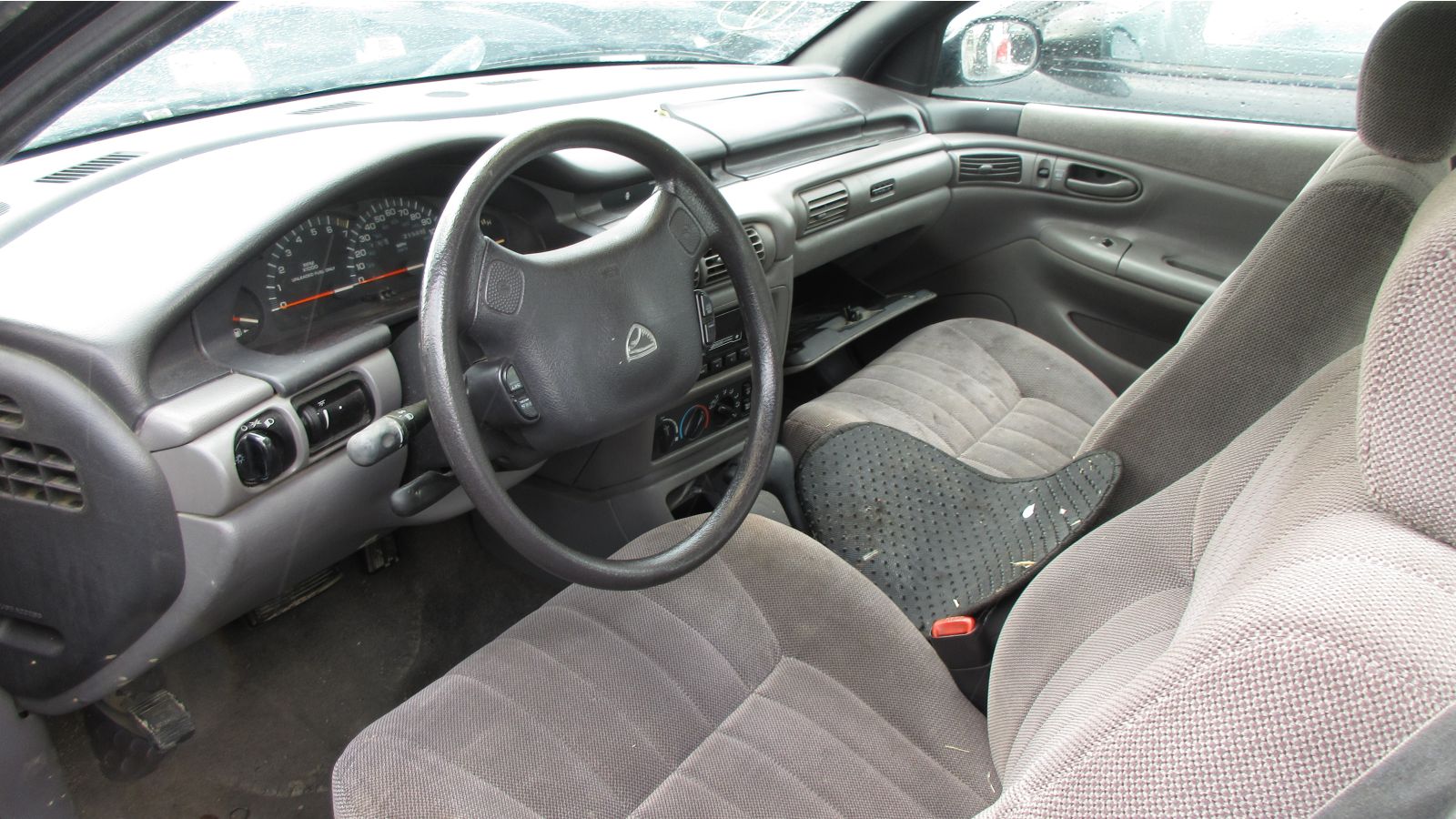 The Vision was a comfortable and reasonably powerful car for its era, with an optional 215-horsepower V6 supplanting a 161-horse V6 that was standard on the ESi. No manual transmission was available, sadly. 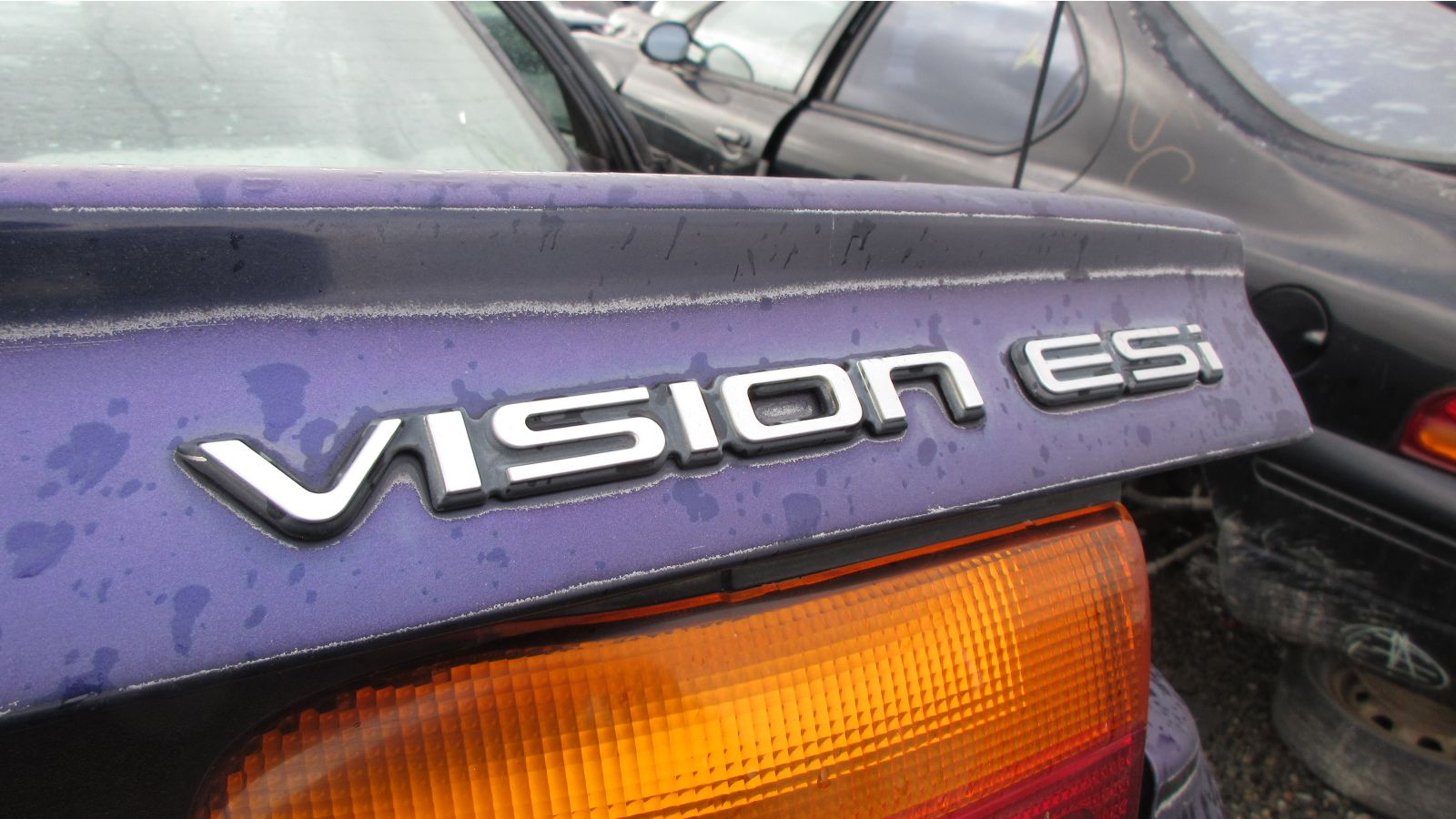