America's Ford hot hatch dreams are ending, but not Europe's

Dan Trent
Add a Review
Pop culture is full of European acts trying to make it big in America. In automotive terms you can count the new Ford Fiesta ST among them, especially when you consider Ken Block's early efforts in launching Ford Performance's junior product square at the YouTube generation.

But it looks like the "One Ford" policy is in retreat, with the new ST among the victims. Ford wants to play in segments "in which [it] can win," and that means crossovers and SUVs. Consider that Ford sold fewer than 50,000 Fiestas in the U.S. in 2016, well less than half the number sold in the U.K. alone in the same period. Ford won't say how many U.S. sales were STs, but in Europe, they're around 7 percent of the total.

If you want a hot Fiesta you've got until this time next year to bag one of the existing models. Meanwhile, we made a trip to France for the new one to see what Americans will be missing out on once it's gone. Forget donuts around Segways, too: For this presentation, Ford wanted us to have a taste of it on roads representative of those on which WRC champion Sébastien Ogier opened his title defence with a victory in the Monte Carlo rally. Similarities to his 380-horsepower, all-wheel-drive Fiesta are little more than superficial. But some of the drivetrain technology in this new ST has a direct link to that originally developed for rally and rallycross. 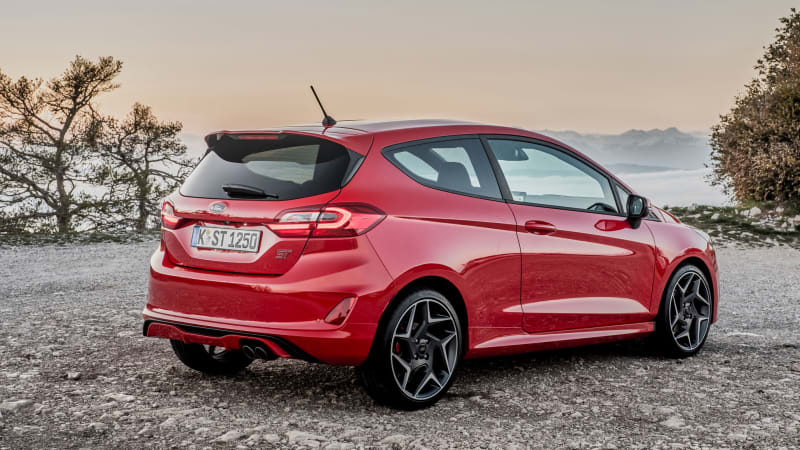 Ford ditched the existing 1.6-liter four-cylinder for a new 197-hp, 1.5-liter three-cylinder that will, when efficiency demands, run on just two. Thanks to the mountainous roads of the launch route inspiring a more enthusiastic driving style, we didn't experience the cylinder deactivation. That's the excuse if anyone's asking about the tire squeal.

Other interesting features include a Ferrari-fast 12: 1 steering rack, multiple driver modes and patented "force vectoring" rear springs whose directional coils co-opt cornering forces to beneficial, chassis-stiffening effect. Ford of Europe's Vice President of Product Development Joe Bakaj has some interesting things to say about the new car's more mature approach to immaturity, too. One challenge included exploiting the extra grip the partnership with Michelin has provided, without losing the trademark playfulness the Fiesta ST has always traded on. Bakaj is coy about exactly how this was achieved, except to say that the "lift-off yaw overshoot" metric they use was benchmarked against the outgoing ST200.

This is a good thing. The driving style required to get the most out of a Fiesta ST requires braking late into the corner to turn the car on its nose. Which sounds fun until you start dwelling on the potential consequences of running out of hairpin to play on, there being little more than a curb-height wall between you and oblivion. The ability not to worry about that is what separates rally champions such as Ogier from the rest of us, but the ST successfully offers a sense of that driving style to those with average abilities. 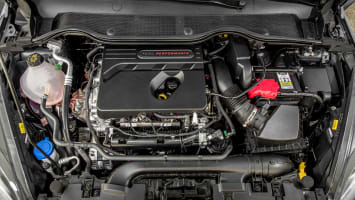 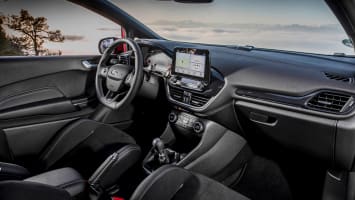 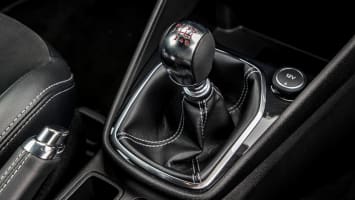 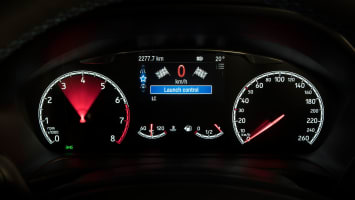 Buyers wanting the full experience will need to spend another $1,000 or so on a Performance Pack that includes launch control and a Quaife torque-biasing differential. The signature product of an English family firm, this technology was perfected by Quaife Jr. when adapting Fords for rally and rallycross in the late '80s. It's since featured on every generation of Focus RS, up to and including the run-out editions of the current car.

The design means it doesn't actually lock like a conventional limited-slip differential, but there's still a compromise in steering friction and feel that Ford has worked hard to minimize. The benefit is that you can stomp on the throttle mid-corner and the differential literally hauls the ST into the turn, unseasonably greasy roads demonstrating both playful balance in the chassis and improved traction in all conditions. 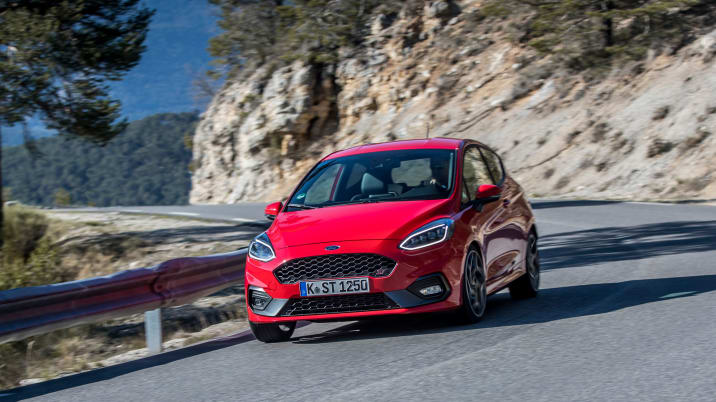 Meanwhile, the fast steering, short-throw shifter and perfectly placed pedals all prove that the people who set this car up know what drivers want. There's a softer throttle and more reliance on boost than cylinder count in the new 1.5-liter engine, the inertia required to balance it meaning it doesn't zing like the existing one. But it feels strong and pulls hard, the offbeat exhaust note and turbo whistle making for an evocative soundtrack, especially with the windows down.

And when you're not trying to drive like a WRC champion, this Fiesta shows a calmer, less agitated side to its nature that the current car can't match. True enthusiasts may prefer the one-dimensional rawness of the previous car, but for those able to buy the new ST, they'll be getting much of that charm with a dose more refinement and comfort on top. 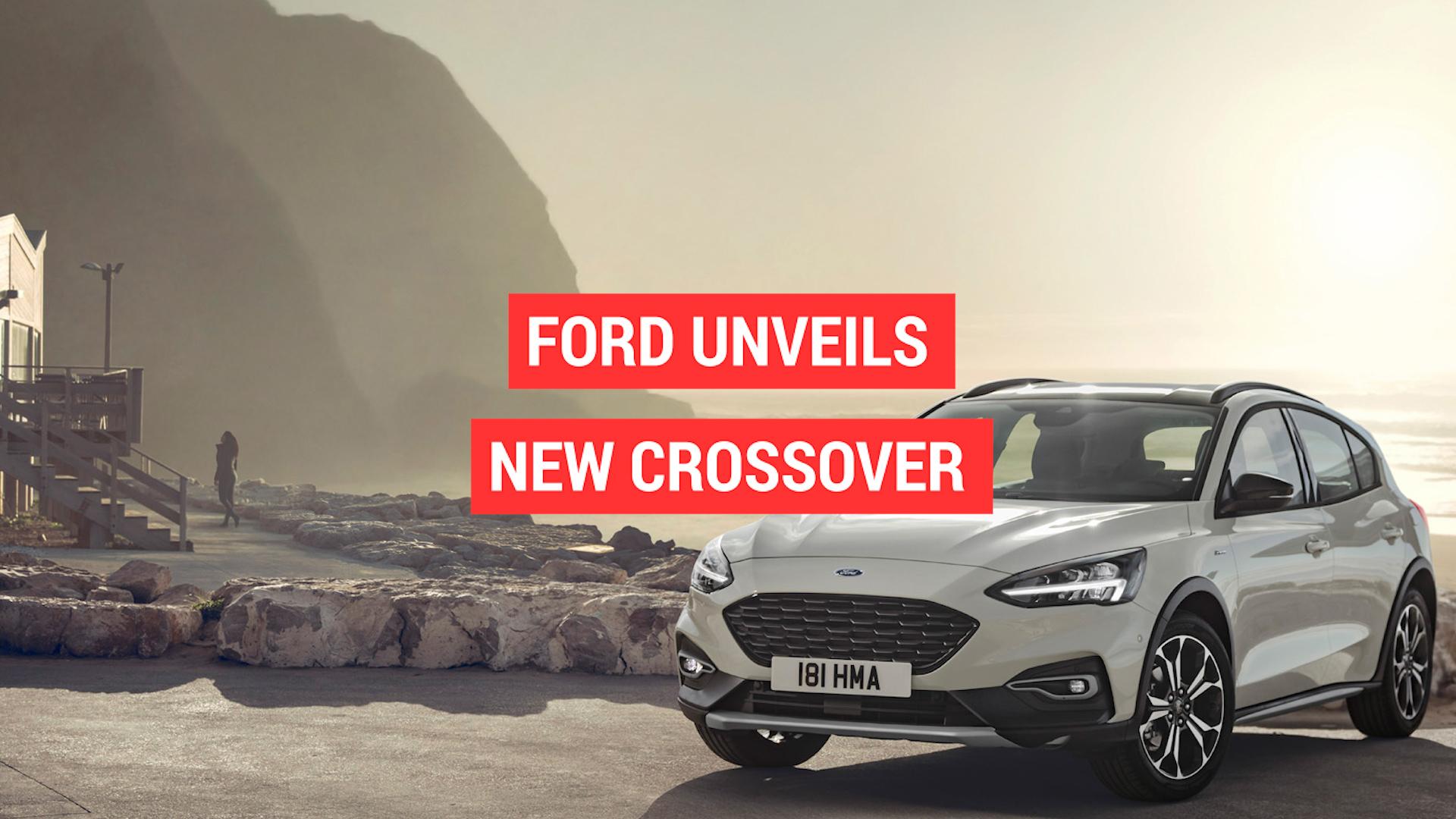