The previous-generation Insight peaked around 21,000 units in 2010

Yesterday we told you about Honda's production launch of the all-new 2019 Insight in Indiana. That comes after the hybrid spent five years wandering in the automotive wilderness and following a $61.5 million investment to prepare plants in Ohio and Indiana for more electrified vehicles. Today, Honda responded to Autoblog with some comments about its expectations for the resurrected nameplate.

The return of the Insight, which hits showrooms in early summer, marks the return of its hybrid brand five years after it let the last generation expire without a replacement. The second-generation Insight, launched in 2009 as a five-seater, was the least expensive hybrid in the U.S., and Honda introduced an even less-expensive base model for 2011. U.S. sales of the Insight peaked in 2010, when Honda sold just under 21,000 examples.

Honda, not surprisingly, says it wants to do better than that with the redesigned, more sleek and aerodynamic, less Prius-y third generation.

"Products like the Insight, Accord Hybrid and Clarity Plug-In Hybrid are critical building blocks in Honda's plan to mainstream electrified vehicles, advancing us toward a future when hybrids and plug-ins are more the norm than the exception," Honda spokeswoman Natalie Kumaratne told Autoblog in an email. "Both the Insight and Accord continue Honda's approach to bring electrified vehicles into the mainstream by focusing on creating fun, sophisticated and engaging vehicles with no compromise to performance, packaging or utility."

Honda is targeting two-thirds of its global auto sales from electrified vehicles by 2030. But sales of sedans, of which the Insight is technically one, are slumping; sales of the acclaimed 2018 Accord were 83,352 through April, down almost 14 percent from the first four months of 2017.

We still don't know pricing on the new Insight, but Honda says the vehicle will slot between the Civic, which starts at $19,835 including destination fee for the sedan, and the Accord, which starts at $24,465.

"There is still a large segment of the market that is interested in passenger cars, which offer a sportier, more personal and stylish driving experience as well as better fuel economy," Kumaratne said. "And, as previously announced, we will also be applying hybrid and plug-in technology to our light truck lineup in the future."

Built on the Civic platform and with an aluminum hood, the Insight will use a 1.5-liter Atkinson-cycle four-cylinder engine paired with a generator motor and propulsion motor for an output of 151 horsepower and 197 pound-feet of torque. Honda says will operate solely on electric power in most situations, with the engine acting as a generator when necessary, and it's expected to get 55 miles per gallon in the city, on par with the Toyota Prius. It comes standard with Honda's Sensing suite of safety technologies.

We'll have much more to say about the new Insight after we get a chance to drive it next month. 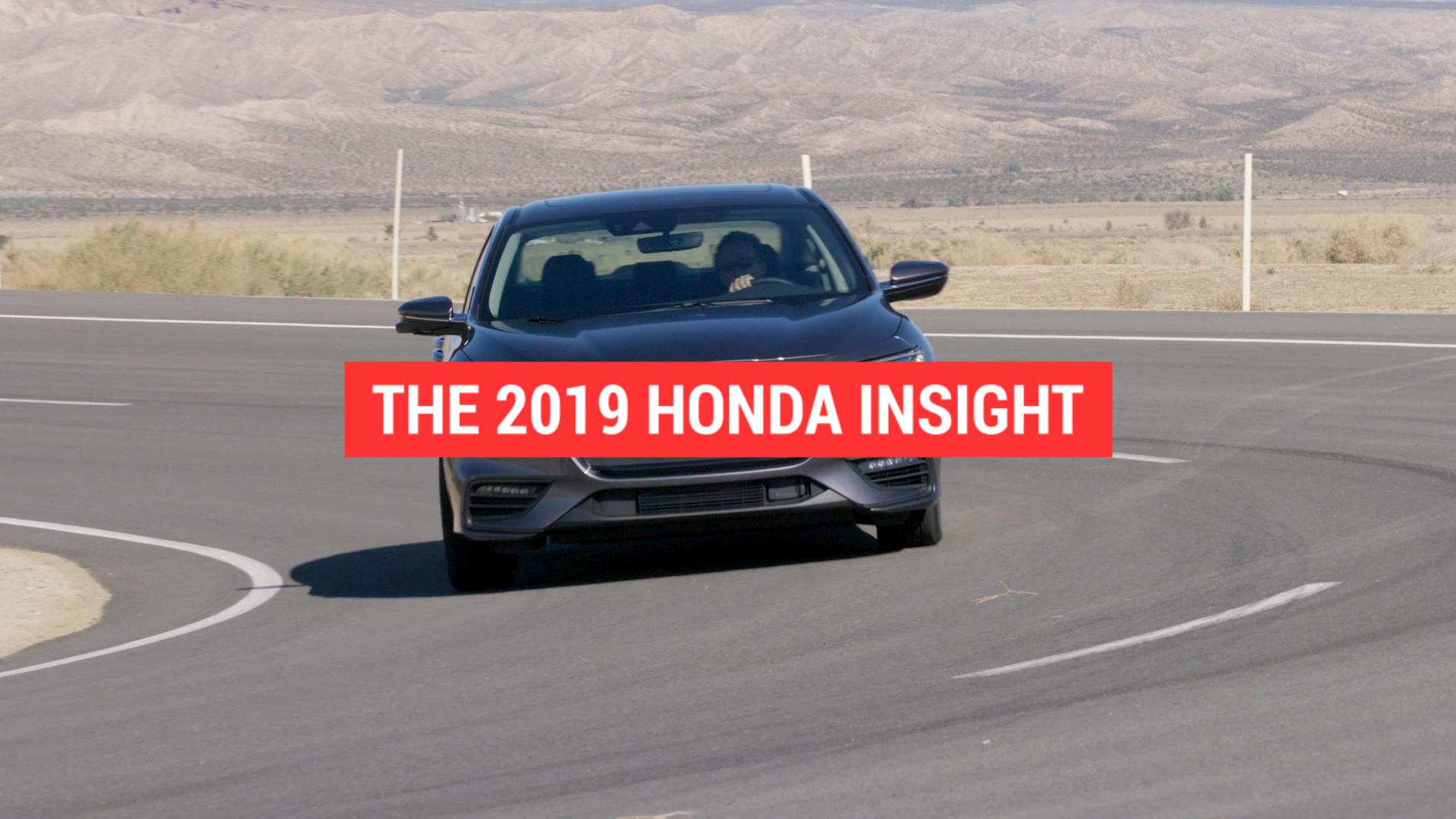