Right before the 24 Hours of Le Mans

Joel Stocksdale
The long wait for the 2019 BMW 8 Series is very nearly over. BMW announced that the car will be unveiled on June 15, the day before the 24 Hours of Le Mans. The reason for this date is that this will be first Le Mans endurance race the company has participated in since 2011, and its entry is the 850 GTE race car that has preceded the road car. And on the topic of the road car, you can spot it behind the race car in the photo above. So you know what that means. It's time to zoom and enhance ! 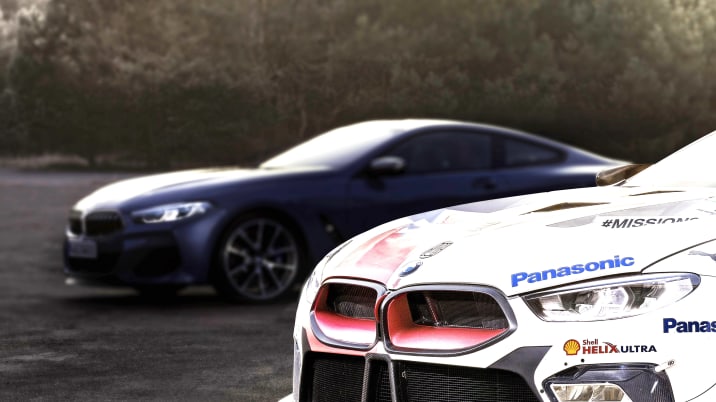 Looking closely, we believe that's the M850i that BMW previewed in camouflaged prototype form recently. The grilles in the front bumper match, and the wheels look very similar. If it is, then it has a V8 under the hood, probably twin-turbocharged, making 523 horsepower and 553 pound-feet of torque. That engine is mated to an eight-speed automatic and an all-wheel-drive system.

We still expect BMW to offer less aggressive, non-M variants of the 8 Series. We also expect that BMW will offer a full-M M8 model. Odds are that we'll hear more about the non-M versions, and BMW will probably save the M8 debut for later in the year.