We're pretty sure Mr. Vuitton had nothing to do with this car. 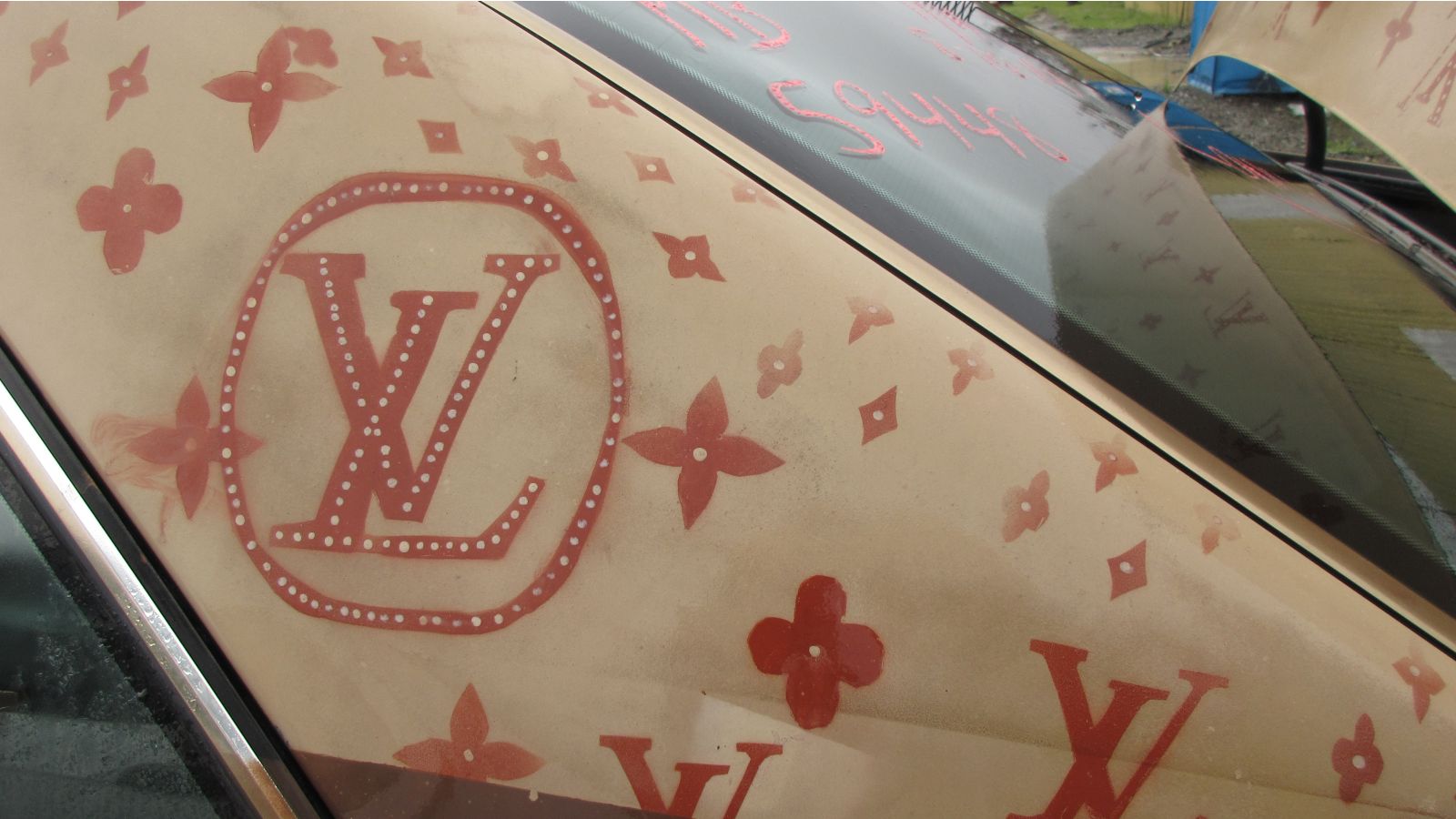 The build plate on this car says it came from Germany with black paint, so we're looking at a fairly ambitious backyard customization job here. 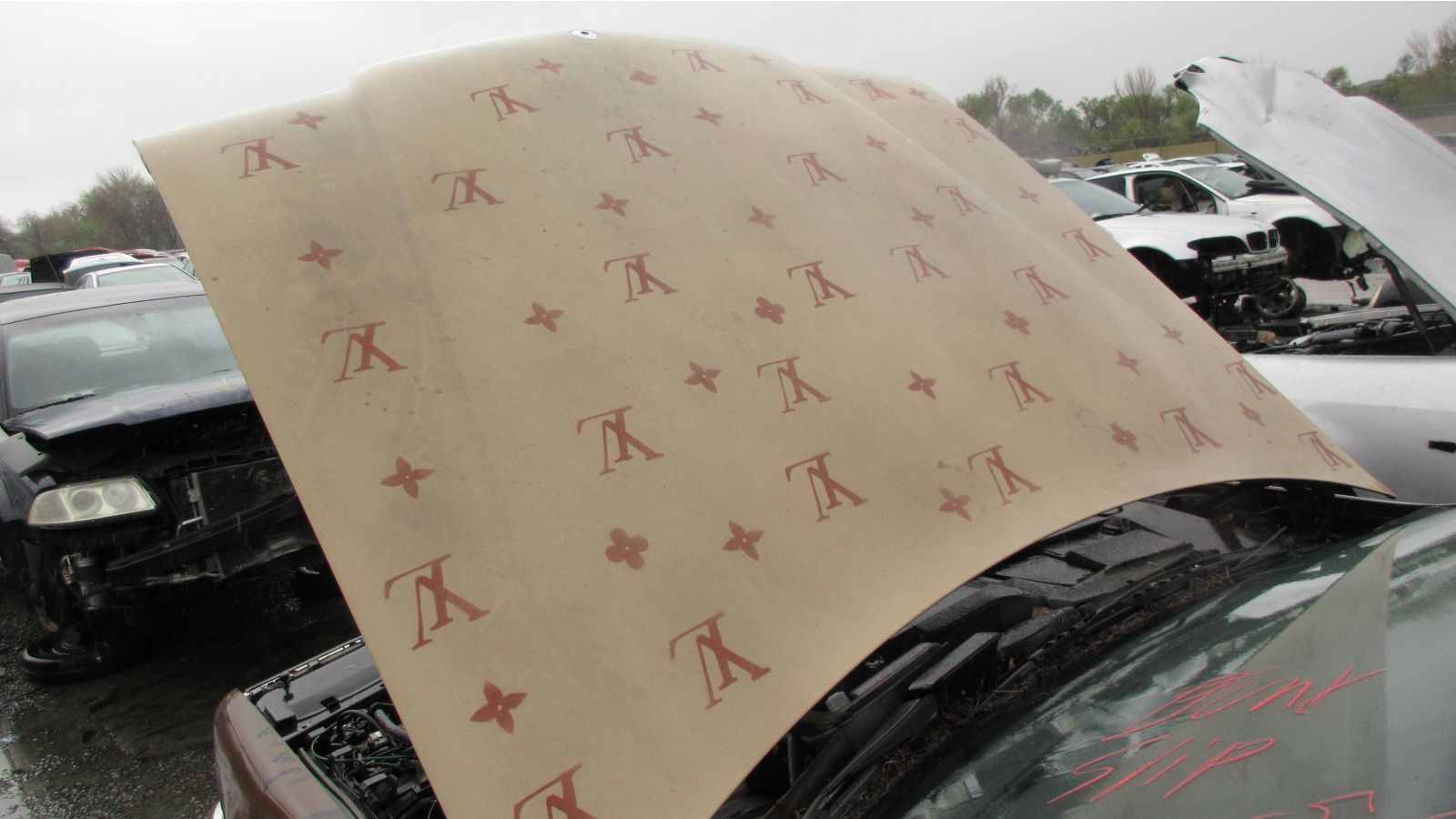 The car got a brown-and-gold two-tone paint job, then several stencils were applied hundreds of times in red paint. 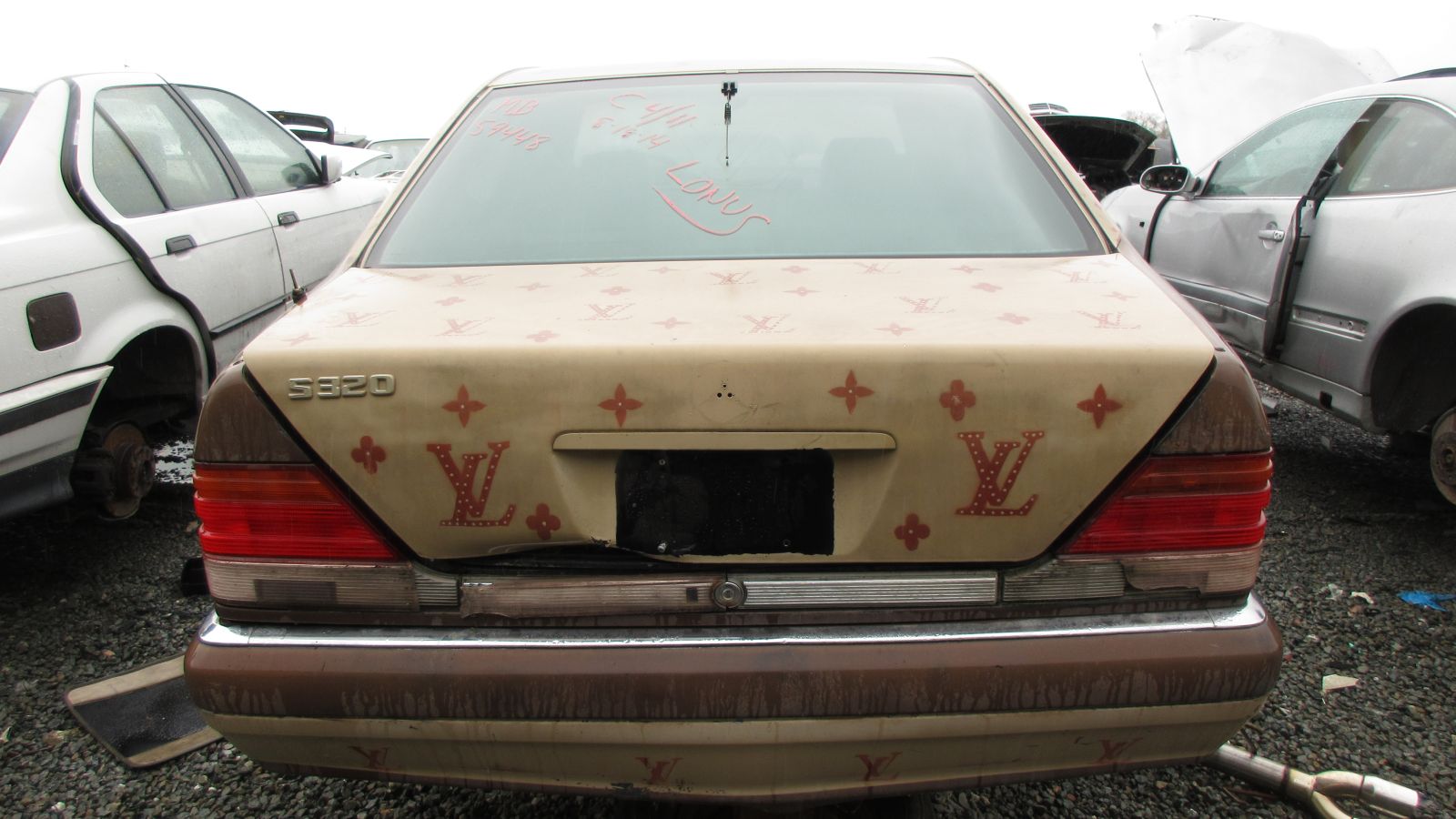 After that, white dots were applied by hand over the stencils. This wasn't just a spur-of-the-moment Vuittonization project ... which brings up the question: was it a joke, or was it an earnest attempt to make a homegrown Louis Vuitton/ Mercedes-Benz counterpart to, say, the Pucci Edition 1979 Lincoln Continental Mark V? 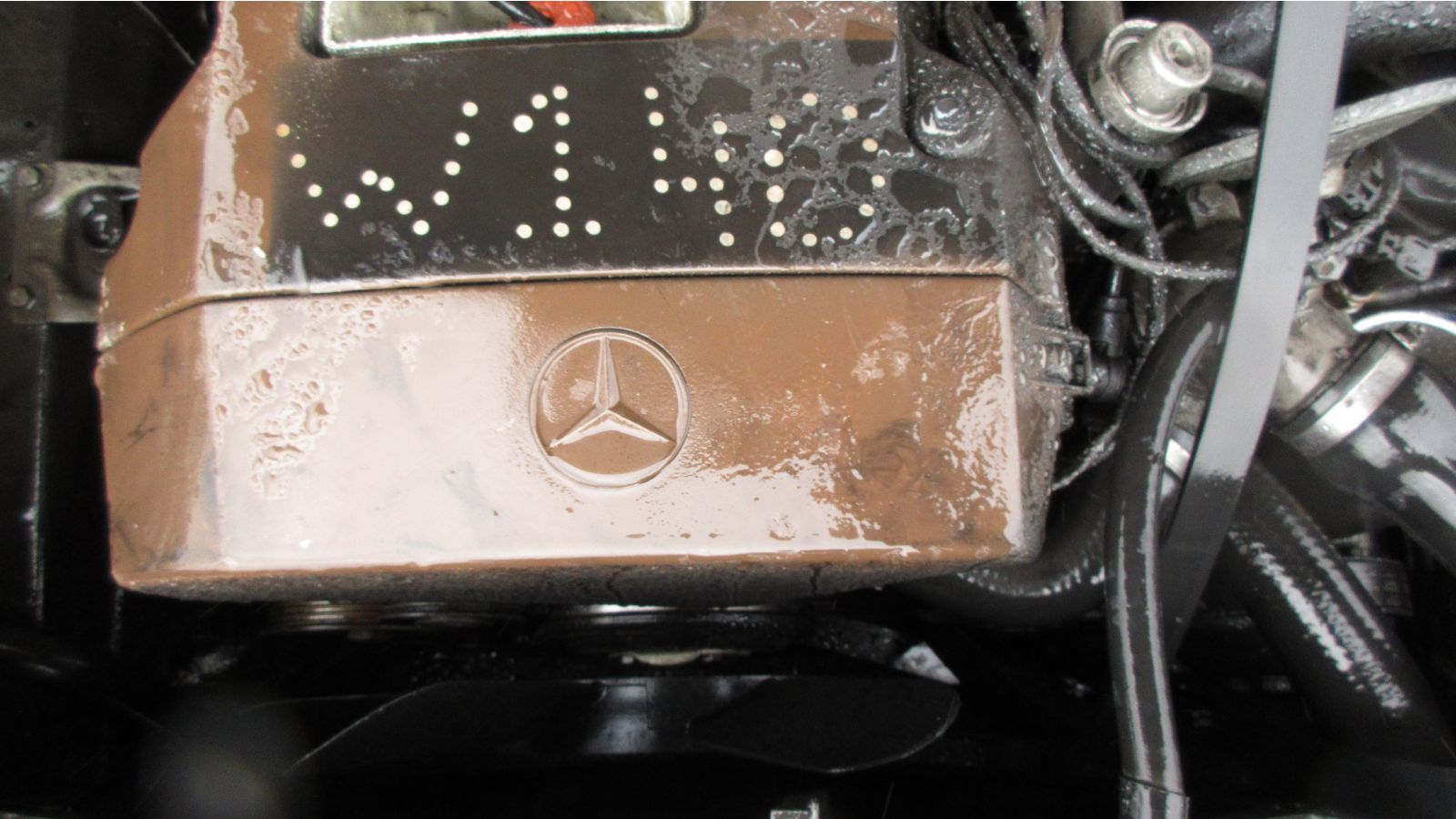 Even the engine — a DOHC straight-six rated at 217 horsepower — got the treatment, with " W140" done up in white dots on the gold-painted valve cover. 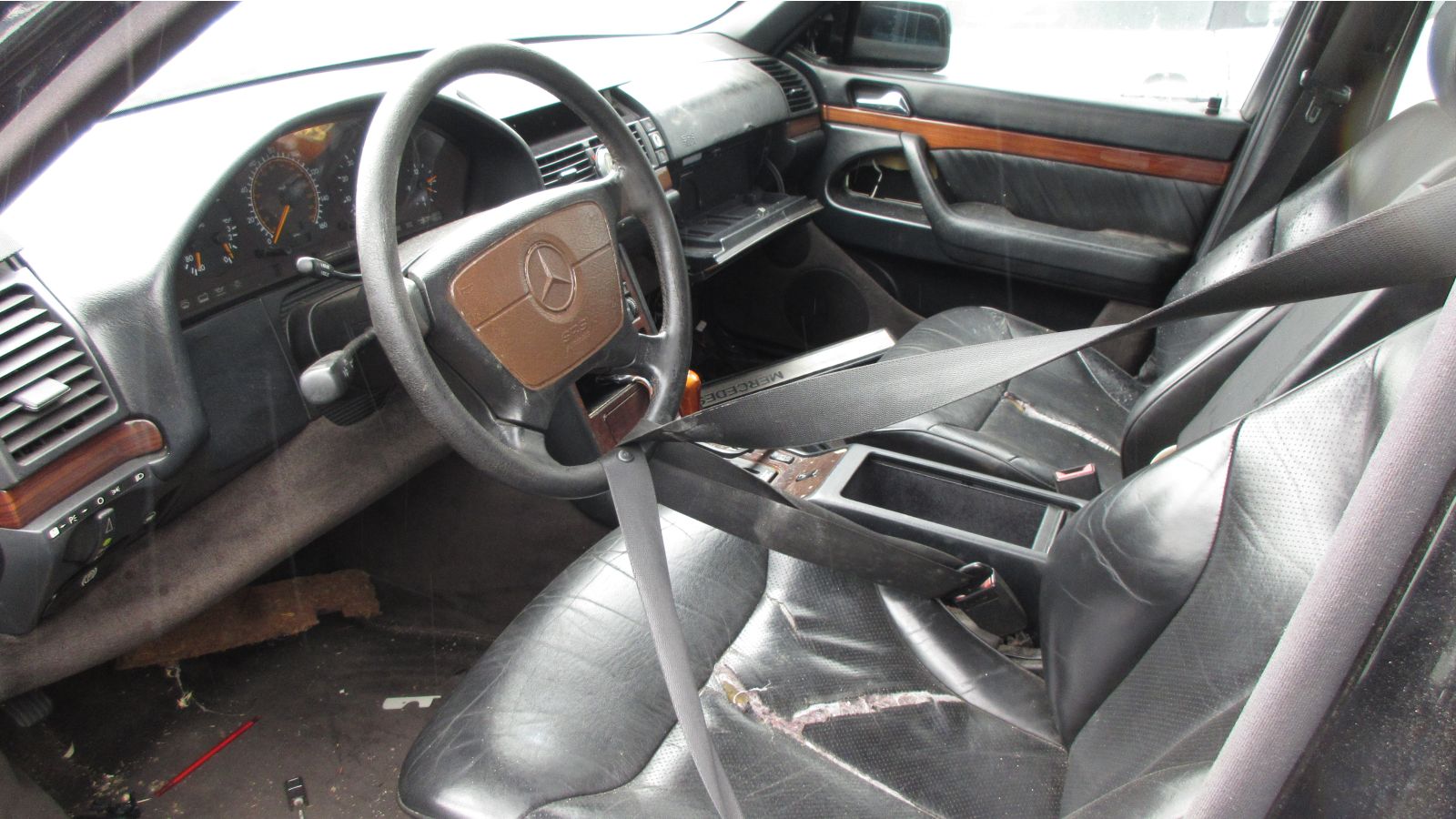 The list price of this car started at $62,700 (about $104,000 in 2018 dollars), which was a bit more than half the price of the mighty V12-powered S600 that year. Once a European luxury car gets the Swap Meet Louie treatment, however, the value drops significantly.

We have to admire the dedication that went into modifying this car, regardless of how the customizer intended it.