It's the third crossover concept for Hybrid Kinetic

Joel Stocksdale
Following up its teaser of another sedan concept comes Hybrid Kinetic and Pininfarina's K350. As you can plainly see, it's a crossover SUV, the third to come from the two companies' partnership. The companies haven't revealed too many details about the vehicle, since the debut is yet to come, but it seems to share the same range-extended electric powertrain as the H500 sedan also making its debut at the Beijing Motor Show. Based on past Pininfarina and Hybrid Kinetic concepts, we believe this range-extended powertrain may use a turbine to generate electricity. 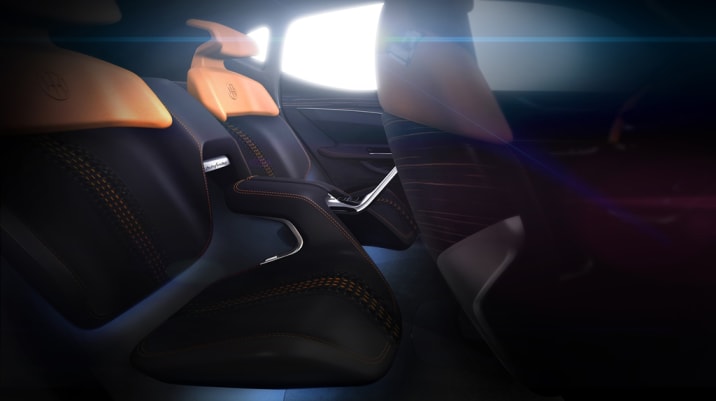 This third crossover also appears to be smaller than the K550 and K750 SUVs shown last year. In addition to its compact footprint, it also has a more stylish design. The rear hatch leans forward more, giving a more coupe-like profile, and the roof is painted in a contrasting black color that makes it looks lower and less bulky. It appears the sheetmetal around the wheels bulges out more, too.

The K350 crossover and the H300 sedan will make their public debuts in a few days. They'll be on display next to the HK GT concept that was shown at Geneva. What's interesting is how these two companies have basically designed a complete line-up of luxury cars with three SUVs fitting the three main categories, a pair of sedans and a coupe-like vehicle. And yet the only cars confirmed for production so far is the H600 sedan, slated for 2019 or 2020, and the highly limited-edition H2 Speed supercar. Still, there's time left in the agreement between Pininfarina and Hybrid Kinetic to bring a couple more cars to market.