John Beltz Snyder
If you haven't already picked your bracket-leading Chinese-backed electric vehicle startup that plans to challenge Tesla, you've got your work cut out for you. This list keeps growing. If you haven't included Xiaopeng Motors (A.K.A. Xpeng Motors) to your short list, the up-and-comer has 1.6 billion reasons you should.

XPeng, which is backed by Internet retail giant Alibaba and electronics giant Foxconn, will make its run at the world's largest EV market — China — with plans to raise an additional $1.6 billion in funds this year, as Automotive News reports. That's on top of the $800 million the company says it has raised so far. 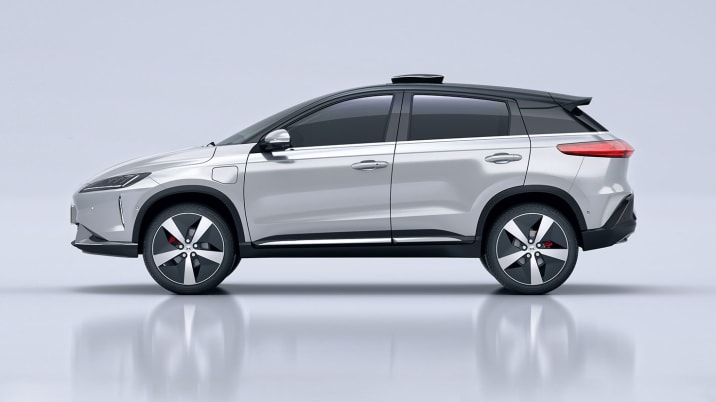 At China's Boao Forum, Xpeng founder He Xiaopeng said the company will start pre-sales of its first electric vehicle, the G3 SUV pictured above, which made its debut at CES earlier this year. The G3 is equipped with hardware Xpeng calls "a solid foundation for autonomous driving," including "3 millimeter-wave radars, 12 ultrasonic radars, 8 cameras and 23 intelligent sensors." Powertrain specifications and pricing haven't been revealed yet.

There have been no stated plans for Xpeng to sell cars in the U.S., but that doesn't mean we won't being hearing more from them in the future. China's electric vehicle market is huge, accounting for over half of global sales in 2017. A number of China-based and Chinese-backed car companies — including BYD, Byton, Faraday Future, GAC, Lucid Motors, Nio and SF Motors — all have their sights set on our shores.