Sven Gustafson
Infiniti is working on a fully overhauled infotainment system starting in 2021 that will feature bigger displays but retain the current dual-touchscreen setup. In the meantime, upgrades including Apple CarPlay and Android Auto connectivity will be added to existing systems starting next year, depending on the market.

"Next year is going to be the first step of improvement," Infiniti's vice president of product strategy, Francois Bancon, told Australian outlet GoAuto. "And as we move forward with a bigger display, 12.0-inch, 15.0-inch, whatever, of course we are going to improve the accuracy."

He also indicated that "only the media" complains about the dual-screen display and that customer feedback has been strong.

"The appearance of the system, for example in QX50, which is the same as in Q50, we're not going to change. But we just redesign the whole system behind more capacity, faster reaction time, high-definition display and full connectivity."

So the new system will keep the dual-screen setup, which today involves the top screen handling mostly navigation and redundant audio information while the lower screen is used to control vehicle, phone and audio functions (see the below video for more info on how it works). The QX50, which goes on sale in the United States later this year, will also be the first Infiniti to get a 9-inch color head-up display on the windshield, plus smartphone mirroring and data-derived weather and other apps.

The rollout of a new infotainment system coincides with Infiniti's plan to build its first all-electric car in 2021 and release hybrids based on Nissan's e-Power technology. Parent company Nissan has said it wants to sell 1 million electric vehicles annually by 2022. 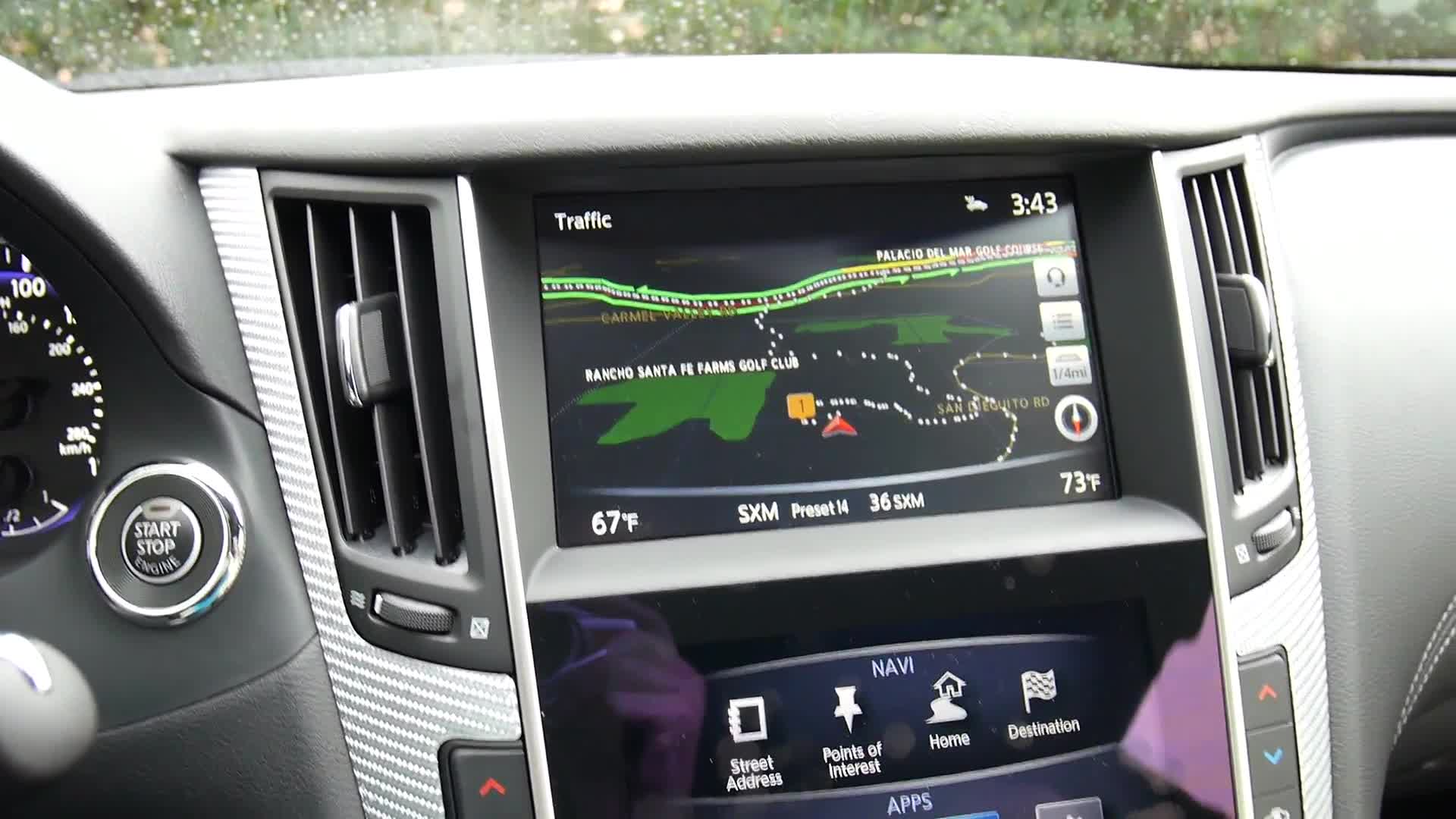