Saturn sold a lot of these sporty coupes, but you won't see many today

Before the Saturn marque got locked into a downward spiral of muddled brand image and billion-dollar Opel badge engineering, American car shoppers loved Saturns' plastic bodies and fixed-price buying experience. The original SC coupe looked a bit like the Isuzu-built Geo Storm but was a Michigan design and had a smaller price tag, and it sold well. Here's a final-model-year first-generation SC1, languishing in a Denver-area wrecking yard with nearly 300k on the clock. 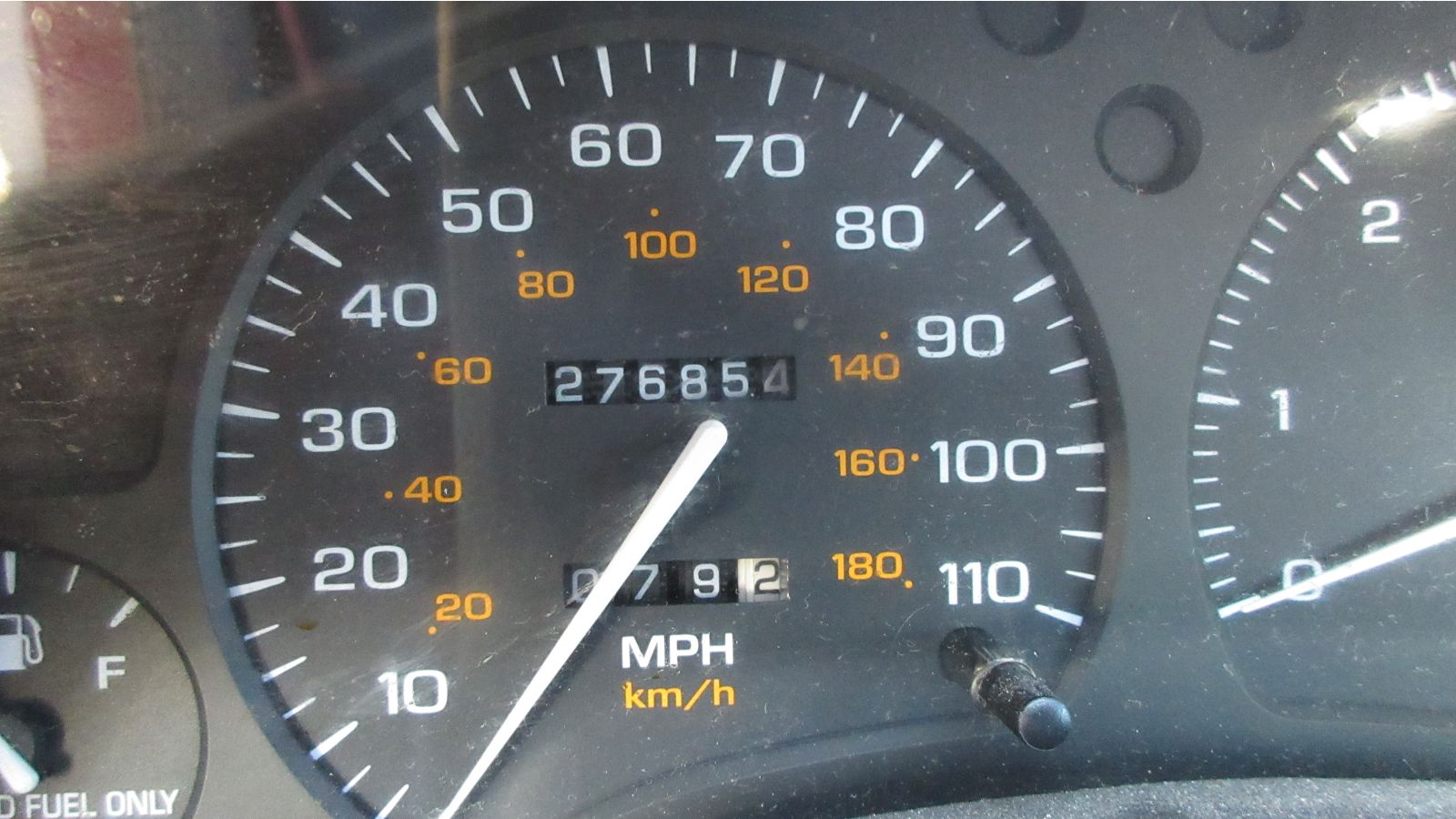 Saturn S-Series cars were simple machines, and many examples held together for the long haul. This one reached the kind of mileage figure you'd expect to see on a Camry or Civic from the same era. 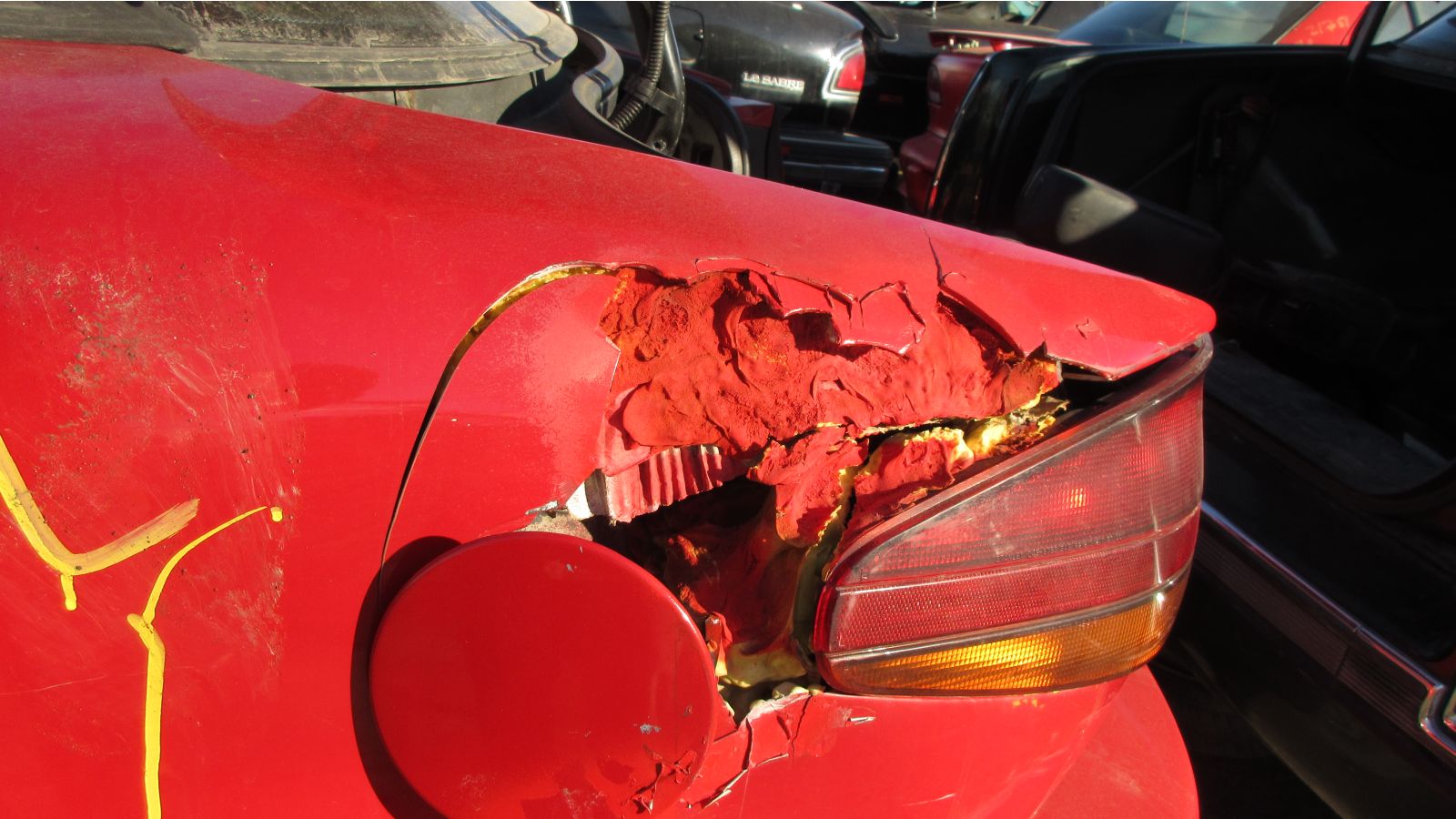 I'm not quite sure what's going on here, but I suspect that the car's final owner performed a bit of spray-foam-and-Bondo bodywork when the rear plastic body panels got munched in a crash. 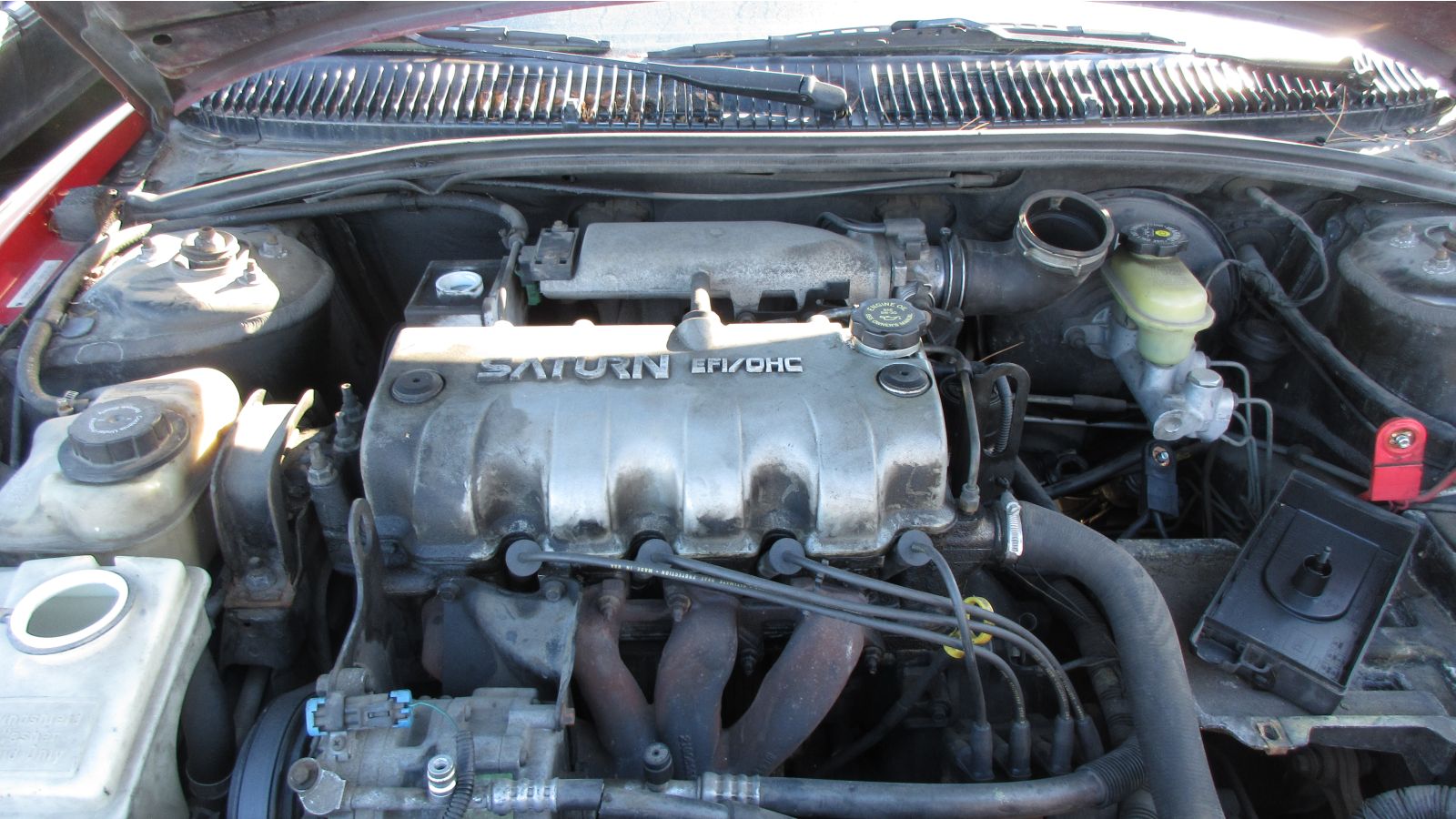 The twin-cam Saturn engines made respectable power, but this car has the 100-horse single-cam under the hood. 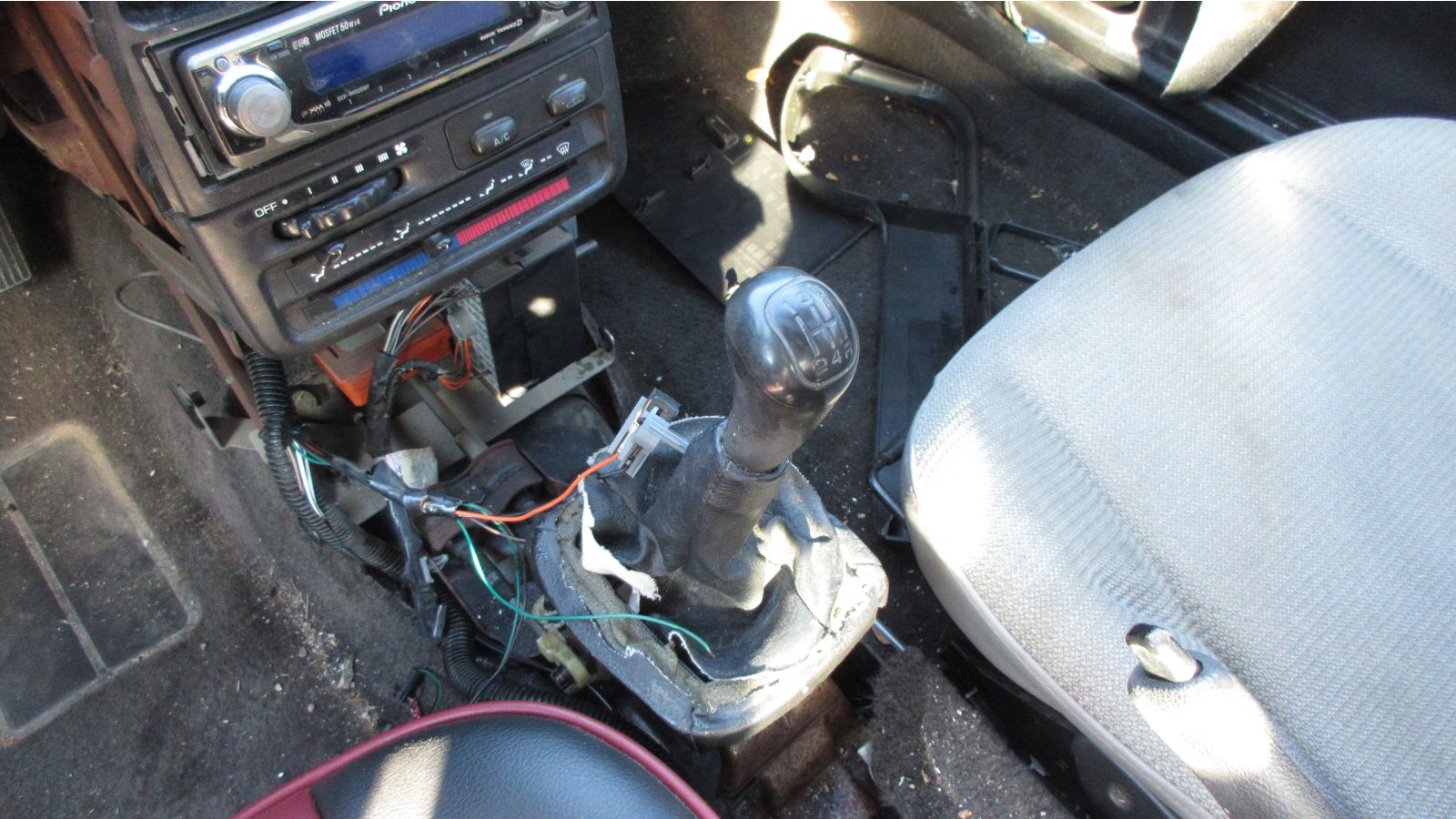 The car weighed a mere 2,282 pounds, though, so it had about the same power-to-weight ratio as the slightly heavier Honda Del Sol, with a much lower price tag ($12,195 for the SC1 versus $15,250 for the Del Sol). With a manual transmission, which this car has, the SC1 was a lot more fun to drive than most frugal commuter cars of its era. 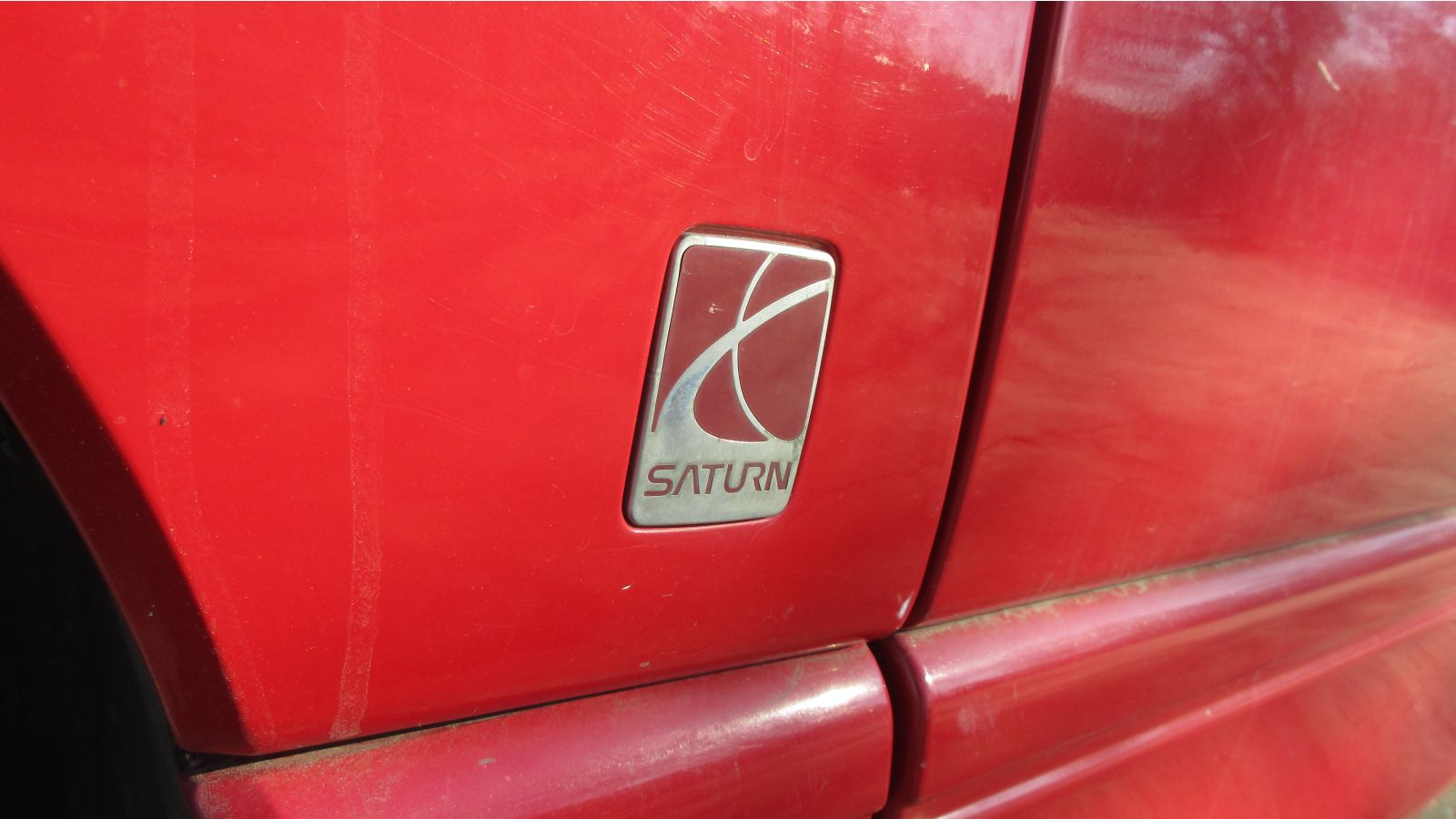 It's no Saturn Ion Redline (an example of which I found nearby in the very same wrecking yard), but still an interesting chapter from the tale of the rise and fall of Saturn.

When you want a two-door with some spunk, sleep on it first. Yeah, we're puzzled by this ad, too.