The new feature will be available in new 2018 Mazda6s this summer. It will be standard on Touring, Grand Touring, Grand Touring Reserve and Signature. That means only the Sport model won't have it as standard. And if you've already purchased a 2018 Mazda6 or were planning on getting one earlier than the summer, Mazda still has you covered. The feature can be added when it becomes available.

The Mazda6 is currently the only model announced to get the feature. No announcements for when updates for other models will be available, or regarding the application of the feature to older Mazda models with the current infotainment system. 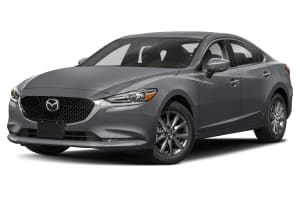