Touring ‘The Porsche Effect’ at the Petersen Automotive Museum

Photos of the museum's celebration of the brand, from 1939 to today

LOS ANGELES — There may be no hotter marque than Porsche at the moment, with classic models skyrocketing in price and new models in higher demand than ever. So it was no surprise when the Petersen Automotive Museum in Los Angeles announced its newest exhibition would highlight the Stuttgart automaker. The museum has done a stellar job of gathering vehicles for new exhibits since its remodel two years ago, the "Seeing Red: 70 Years of Ferrari" display coming quickly to mind.

The Petersen hasn't disappointed with "The Porsche Effect," either. The collection of cars provides an expansive look at the company's history both with street cars and on the track, starting with a 1939 Porsche Type 64 60K10, essentially the company's first prototype, to a 2016 Porsche 911 GTS Club Coupe, and everything in between. There are Le Mans winners like Bruce Meyer's 1979 Porsche 935 K3, a 1958 Porsche 356A 1600 Super Speedster once owned by Steve McQueen (and currently in possession of his son, Chad McQueen), the only remaining Porsche Carrera GT Prototype, and so much more. Plus, if you sign up for one of the daily vault tours, you can see even more Porsches that didn't make it into the main display, including numerous rare race cars and several custom Porsches like Singer Vehicle Design founder Rob Dickinson's personal hot-rodded 911 or Rod Emory's very first 356 Outlaw.

We've highlighted several of our favorites from the exhibit below, and you can see our expansive photo gallery from our visit in the gallery above. "The Porsche Effect" is set to run through January 2019. For more details on visiting the museum visit www.petersen.org or call 323-930-CARS. 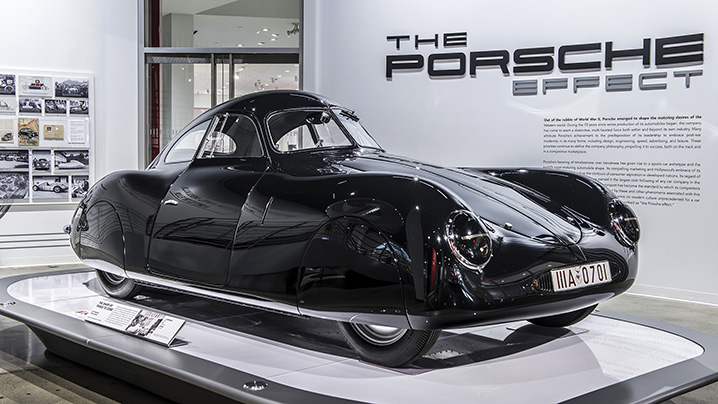 1939 Porsche Type 64 60K10 — From the Collection of Automuseum Prototyp, Hamburg. The Porsche Type 64 50K10 is the progenitor of all Porsches and the foundation of the Porsche aesthetic. It was built to compete in the 1939 Berlin-Rome endurance race, which was canceled due to the outbreak of war. A mere three identical cars were built, each of which used a Volkswagen platform and a streamlined aluminum body designed by Erwin Komenda and crafted by Reutter. This car was reconstructed of major components from the second Type 64, which had been dismantled after World War II. 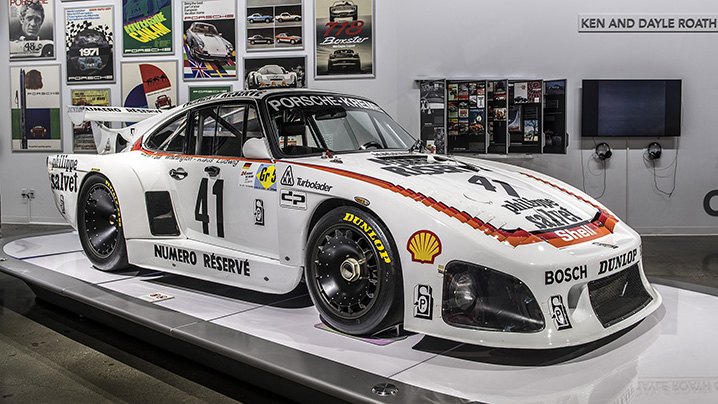 1979 Porsche 935 K3 — From the collection of Bruce Meyer. Overall winner of the 24 Hours of Le Mans in 1979, this 935 K3 survives as one of the foremost examples of racing success bolstering Porsche's image of excellence. The 935, which competed in the Group 5 production-based car class, was the ultimate 911-based racer of its era and one of very few production cars to win Le Mans overall. Its "K" designation refers to Germany's Kremer Racing, a shop that modified and developed a variety of Porsches for use by "privateers" (teams without formal factory support). 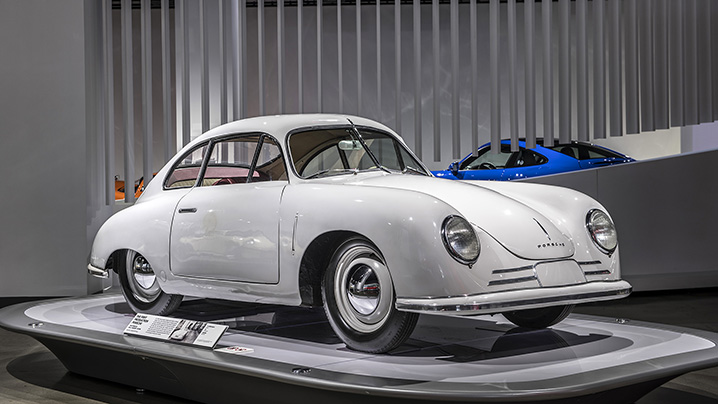 1949 Porsche 356-2 "Gmünd" Coupe — From the collection of Terri and Jeff Zwart. By 1944, Porsche design facilities had moved to Gmünd, Austria. There, with a renewed interest in creating a sports car from Volkswagen components, Ferry Porsche, engineer Karl Rabe and body designer Erwin Komenda conceived the Type 356. The prototype 356-1 roadster had styling traits drawn from the pre-war Type 64 racer, and many of these were carried into the production 356-2 coupes and cabriolets that followed. This example was the 50th "Gmünd" car and possibly the last built in Austria. 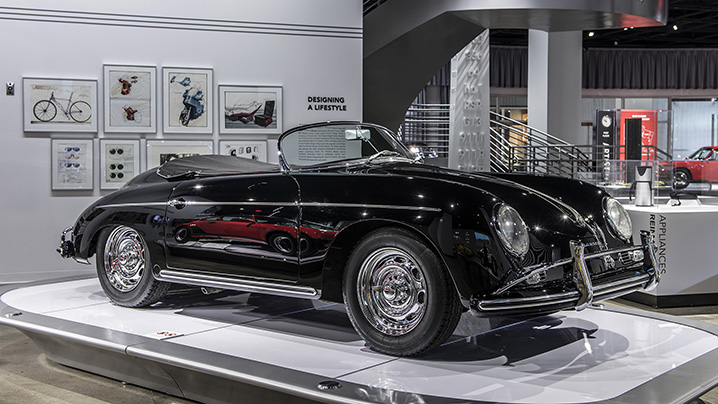 1958 Porsche 356A 1600 Super Speedster — From the collection of Chad McQueen. Celebrity ownership of a car often elevates the esteem in which that car's brand is held, a cultural effect enjoyed by Porsche when "the King of Cool" — actor Steve McQueen — acquired this Speedster. McQueen bought the car with income derived from acting and used it to pursue his passion for racing. His competitive successes in the Speedster at Santa Barbara, Del Mar, Willow Springs and Laguna Seca served to magnify perceptions of Porsche's automobiles as both desirable and capable. 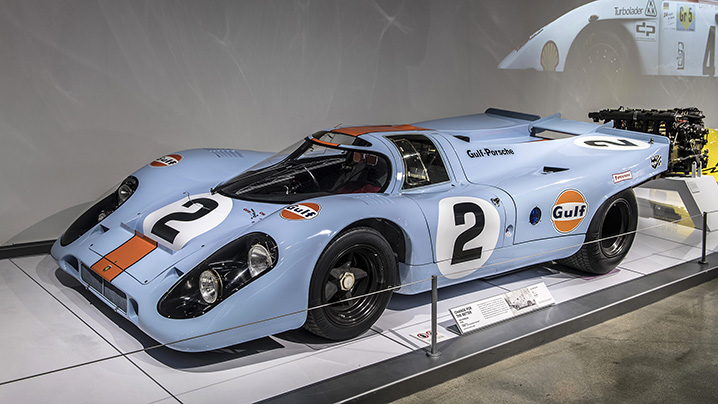 1969 Porsche 917K, chassis #015 — From the collection of Bruce Canepa. Taking advantage of an FIA rule change allowing larger engines, Porsche developed a completely new race car: the legendary 917. Constructed of lightweight materials and powered by an air-cooled flat-12 that generated nearly 600 horsepower, the 917 initially had handling problems due to aerodynamic lift. Changes to the tail designs improved stability, and in 1970 a 917K delivered Porsche its first of 19 wins at the 24 Hours of Le Mans.