The best combination of fun and fuel economy the 1980s had to offer.

I'm a big fan of the first-generation Honda CRX, as well as all members of the third-generation Civic family, having owned quite a few of the gas-sipping two-seaters. These cars rusted to nothingness generations ago in the Northeast and Midwest, but you'll still find them in the warm, dry parts of the country. Here's a white 1987 CRX, spotted in a Phoenix self-service wrecking yard. 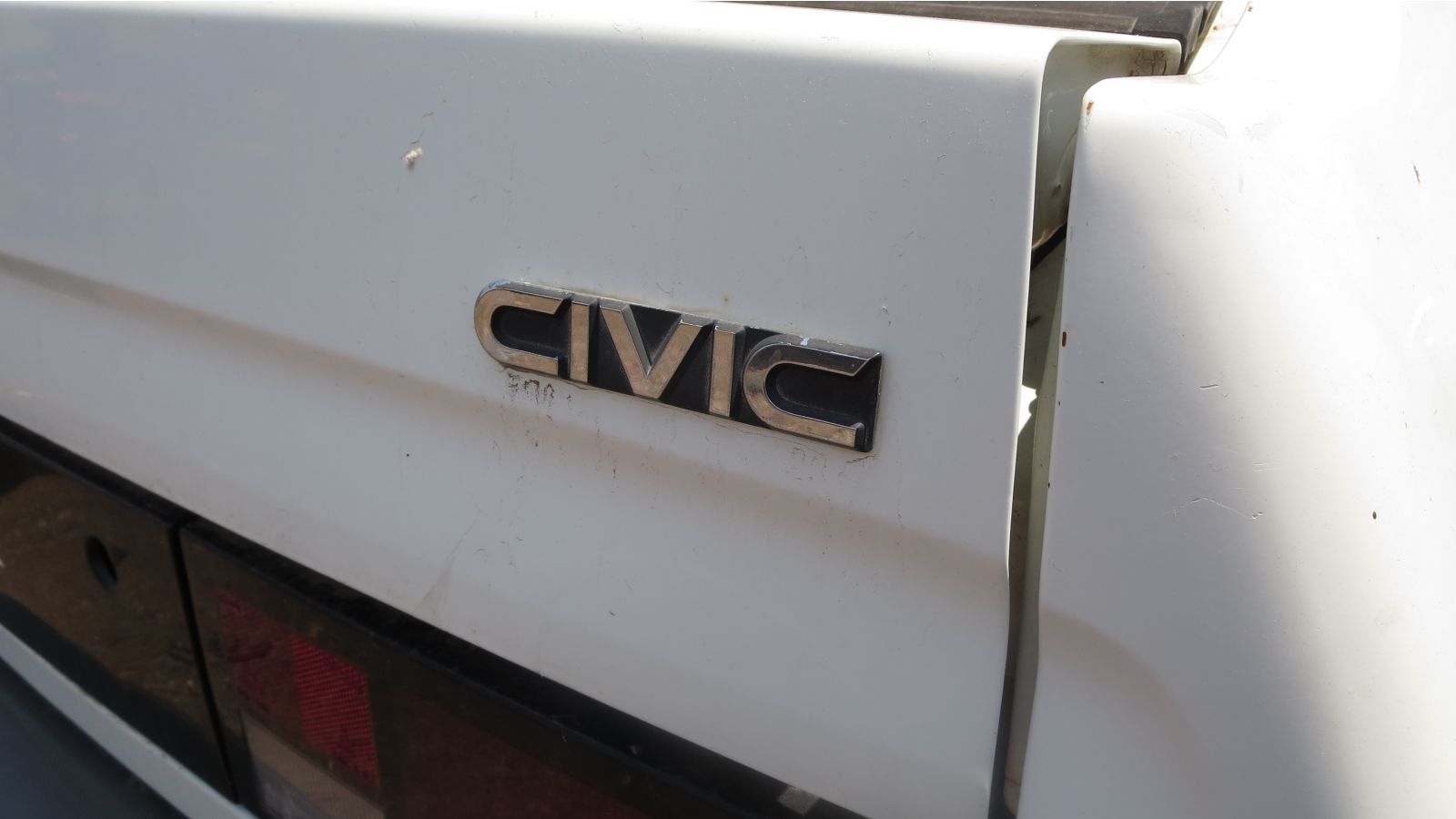 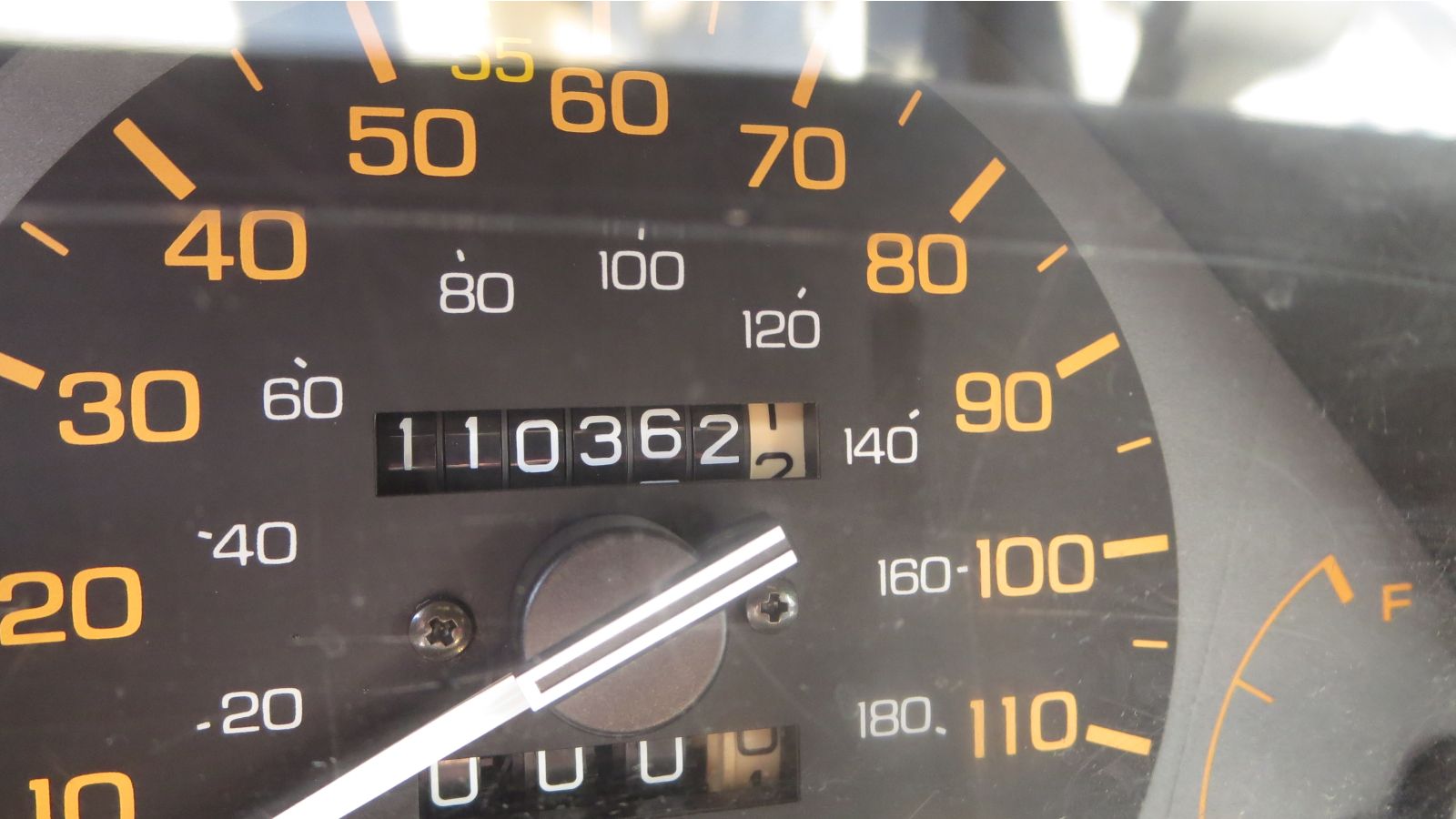 This one just managed to reach six figures on the odometer, which means it probably didn't gain many miles per year during its time on the street. 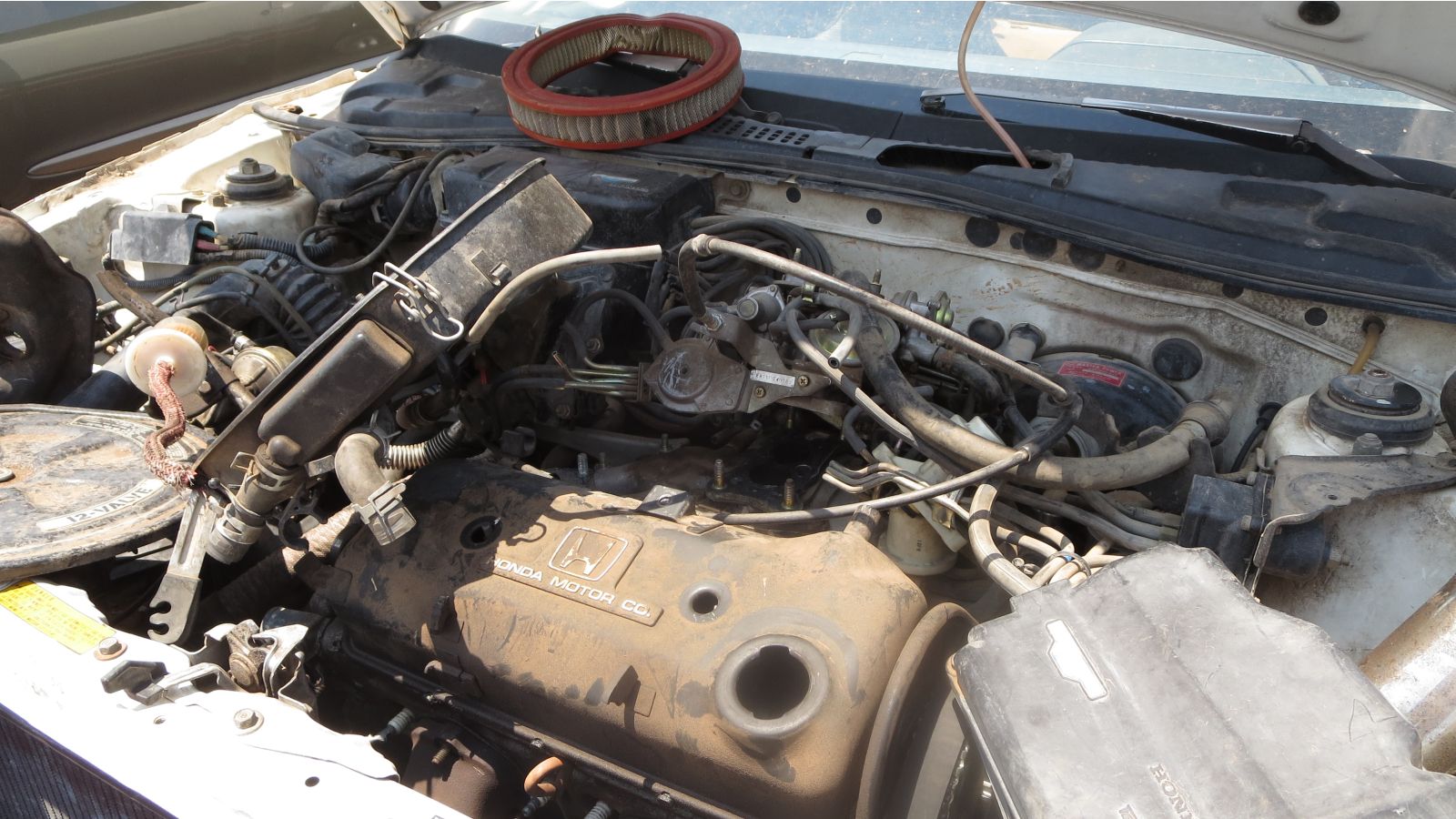 The 1.5-liter CVCC four-cylinder engine in this car was marvelously efficient and reliable, though it made just 76 horsepower. If you wanted more power than that in your Honda two-seater, you had to pony up for the CRX Si. I have owned CRXs with this engine that got close to 50 mpg during patient highway driving, and these cars felt a lot more powerful than they were. 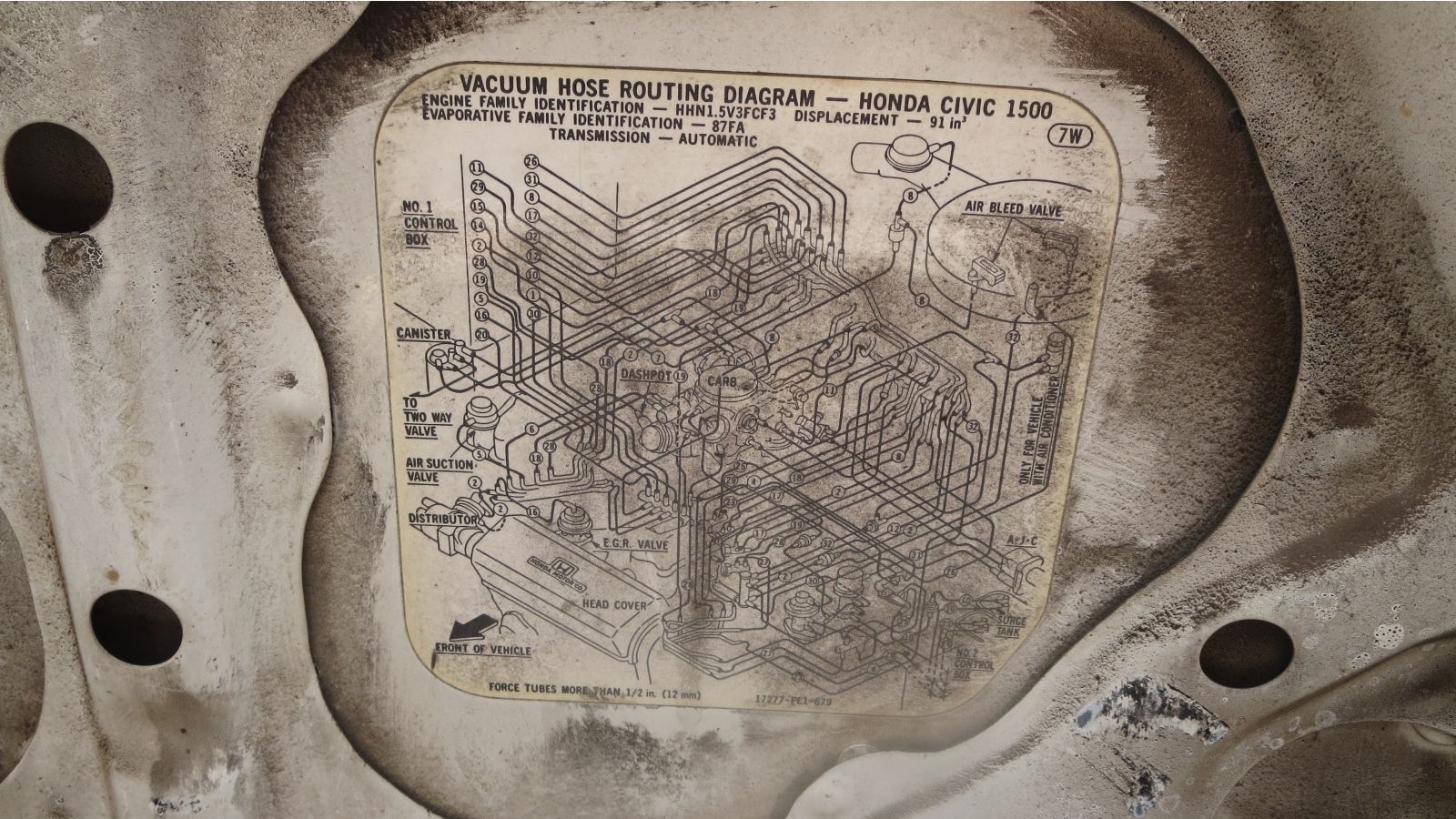 The biggest problem with these cars (aside from a tendency to blow head gaskets) was the hideous complexity the carbureted CVCC system in its last few years of production, especially if you live in a place with strict emissions-equipment inspections. I call this the "Map of the Universe" sticker. 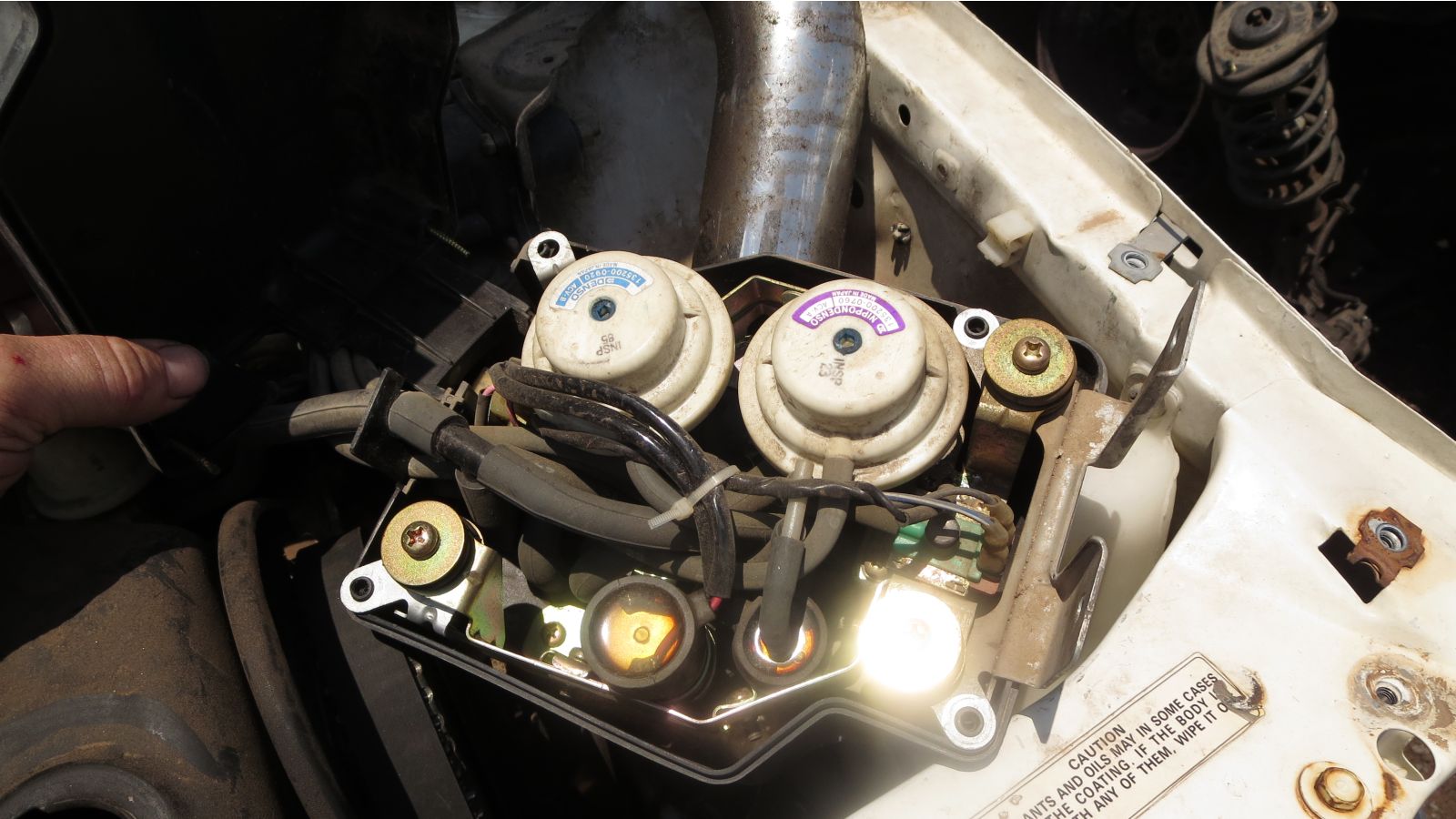 1987 was the last year for the CVCC-engined Civics. After that, all had fuel injection and relative vacuum-hose simplicity. 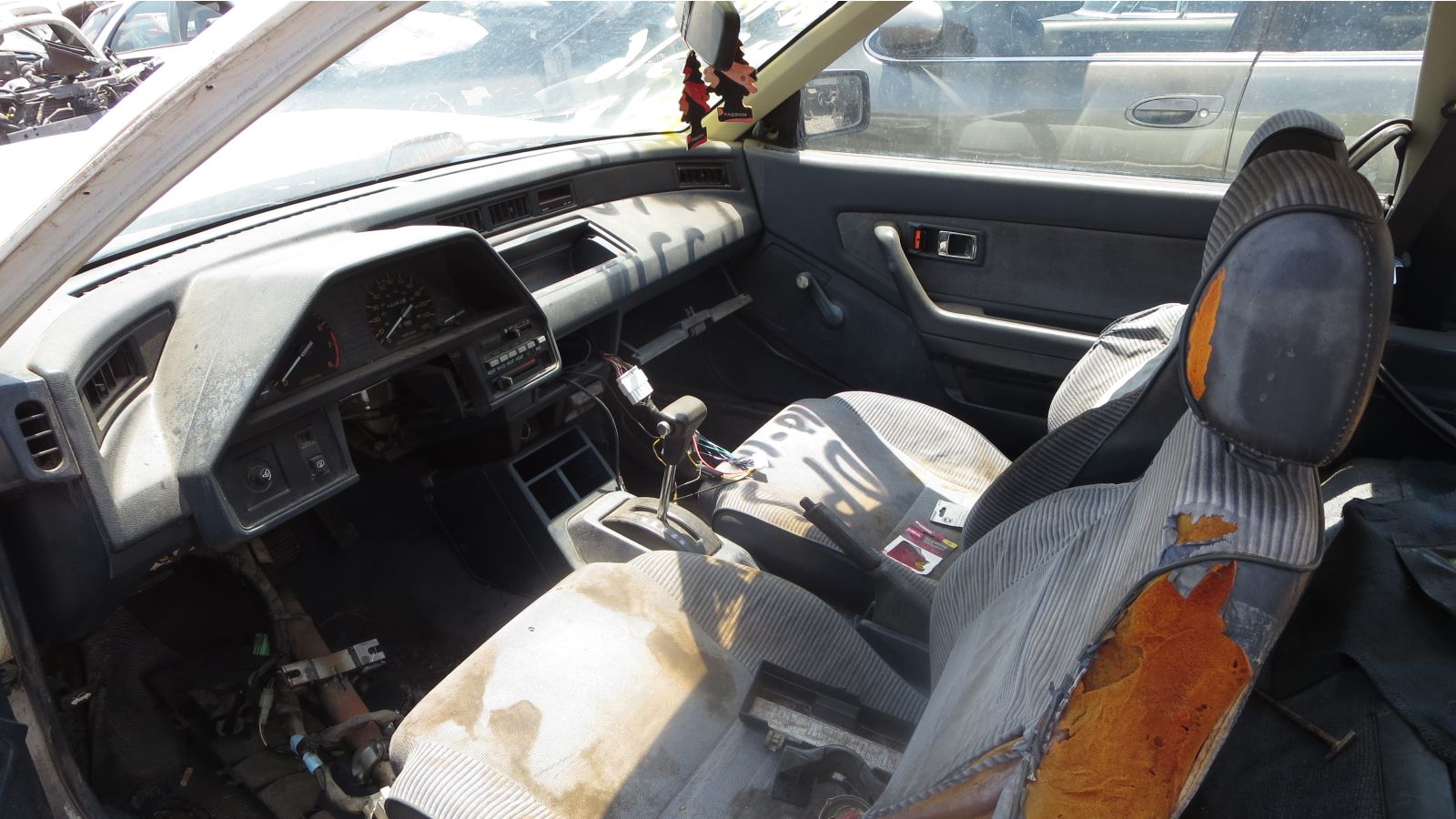 The Arizona sun has had its way with this car's interior, and the automatic transmission would have sucked most of the fun out of the driving experience. 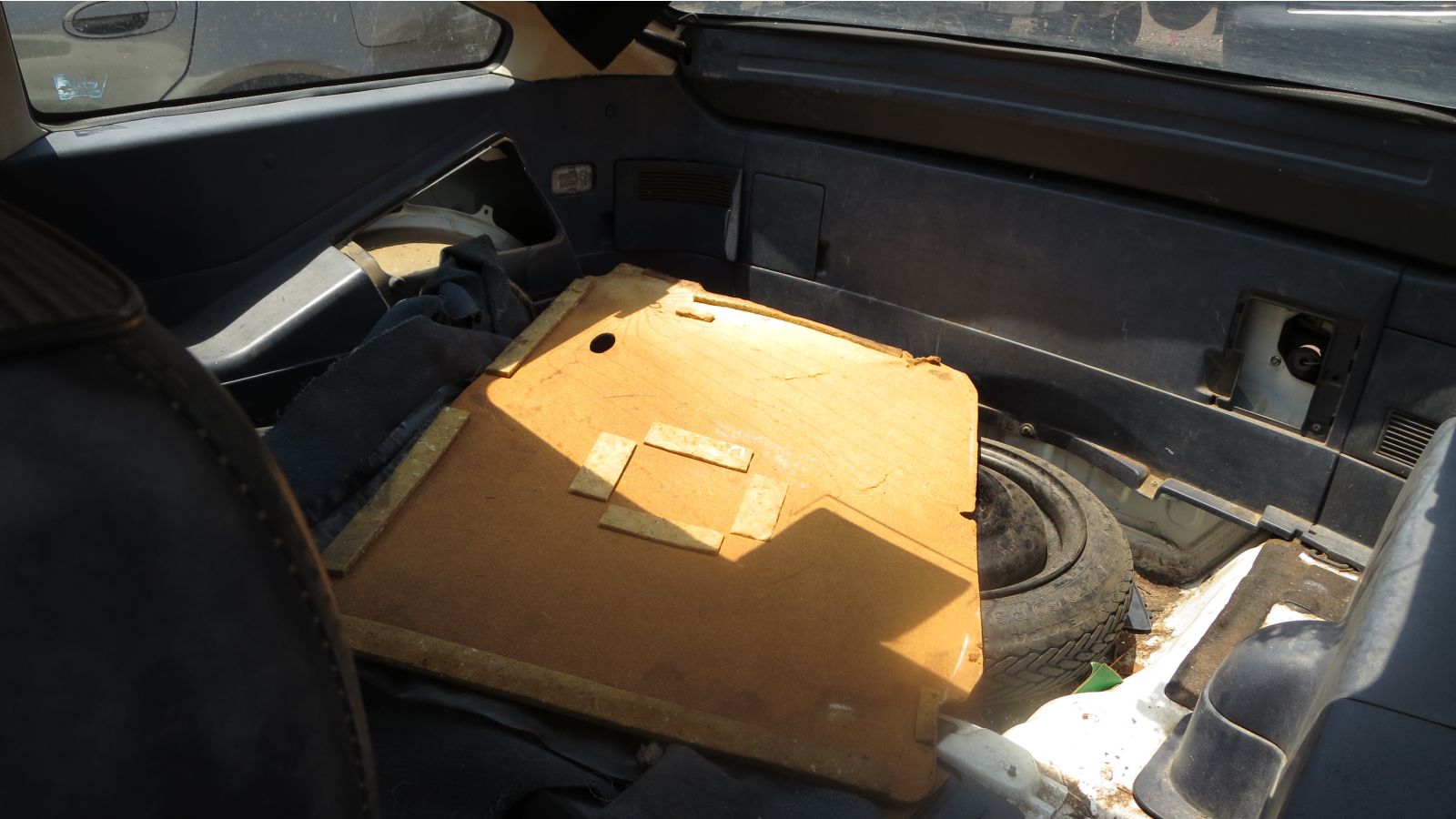 Fun CRX fact: you can fit 8-foot-long 2x4s in a CRX with nothing sticking out — they'll fit with one end in the left rear corner of the cargo area and the other in the passenger footwell.

It's nearly certain that Rhonda's Honda in Fonda, Iowa, rusted to oblivion early in the 1990s. In Arizona, though, CRXs held together for decade after decade.