It would take three EcoSports to tow the ad

Ford built the world's largest billboard on the España Building in Madrid, Spain, to advertise its smallest crossover, the refreshed EcoSport. The Guinness Book of World Records certified that the 5,262-square-meter hoarding, weighing 2,000 kilograms, beat the previous world's largest billboard by 241.93 square meters. In our units, that's 56,971 square feet demolishing the scales at 4,400 pounds, and a winning margin of 2,604 square feet. It also means the billboard weighs 1,040 pounds more than a Ford EcoSport SES AWD, and it would take three of those crossovers to tow the ad.

The EcoSport's been on sale in Europe since 2014, but the tiny ute received a host of updates for the market this year. A new 1.5-liter, three-cylinder EcoBlue engine expands the powertrain family, and it can be had with Ford's Intelligent All Wheel Drive — a brand-new option after four years of front-drivers only. The interior earned a makeover, and Ford added more personalization choices, including a wider number of contrasting roof colors. A sporty ST-Line trim bestows an appearance package that sportifies the soft bits, and tunes the suspension.

Even so, there's not much going on there to warrant the expense and hullabaloo of creating the world's largest billboard — especially for a vehicle that was already selling well. However, doing so has allowed to Ford make its ginormous point all across Europe, and carry the buzz carried around the world, namely to the crossover's new and important American market. The artwork will remain up until the end of February, when the sign will be donated to Spain's Apascovi Foundation, an employment center for people with disabilities, "where a second life will be given to all of the materials used." 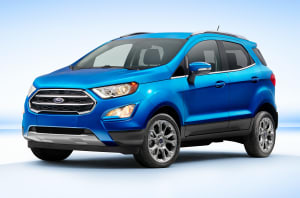 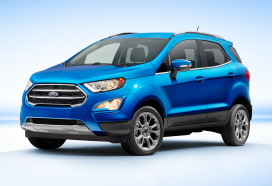 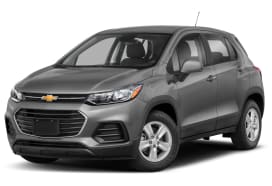 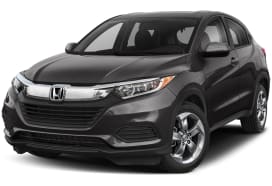