Jean Jennings
Jean Jennings has been writing about cars for more than 30 years, after stints as a taxicab driver and as a mechanic in the Chrysler Proving Grounds Impact Lab. She was a staff writer at Car and Driver magazine, the first executive editor and former president and editor-in-chief of Automobile Magazine, the founder of the blog Jean Knows Cars and former automotive correspondent for Good Morning America. She has lifetime awards from both the Motor Press Guild and the New England Motor Press Association. Look for more Vile Gossip columns in the future.


The year was 2006. We were driving a Bugatti Veyron 16.4 across the Florida Panhandle from Jacksonville to Panama City, only because I couldn't convince Bugatti to let me be the first to drive its exotic powerhouse, the world's fastest car at that time, all the way across America. One gleaming example had arrived in time for the Amelia Island Concours d'Elegance, where the journos massed for their quick test drives out the front drive of the Ritz Carlton, down a short stretch of the A1A, and back to the Ritz.

Not far enough for me. I wanted to take the Veyron in all of its 16-cylinder, 1,001-horsepower, $1.3-million-dollar glory on a coast-to-coast extravaganza of a road trip. Never hurts to ask. I asked.
Once the Bugatti guys stopped hyperventilating, I explained that the coastal adventure would be contained wholly within the state of Florida, from the Atlantic coast to the Gulf of Mexico. My secret destination, however, was to be Vernon, Florida, home of the great Errol Morris' classic documentary about a town in the Panhandle with the highest per-capita population of citizens who'd blown off or whacked off a limb for insurance money. (Google "Nub City.")

The Swiss head of Bugatti public relations thought it hilarious. He showed up in a van with a couple of German mechanics to follow us and a failed French Formula 1 driver to serve as my chaperone. I came with a photographer from Germany and one of the most infamous of bad-boy auto magazine tech editors, the irrepressible Don Sherman.

Sherman had his own reason for going, and it had nothing to do with a Veyron to Vernon. Once we gave up looking for nubbies, he ordered me to veer south to the handgrip of the Panhandle, familiarly known as the Redneck Riviera.

The Don was aiming to secretly execute the Veyron's first Launch Control blastoff in captivity. I had only a rudimentary idea of what he was talking about, but it sounded like it was going to be exciting. Especially when he Donsplained that I should under no circumstances let the PR honcho know. Driving with Sherman frequently involved me fervently praying to my God to let me live this one time. Again.

Conditions were not good on Highway 30A, a narrow, mangrove-lined two-lane just out of Port St. Joe. It was still treacherously damp from a morning rain. The Sherminator, totally unfazed, lined up the Veyron straight down the middle of the unmarked tarmac, braked to the floor with his left shoe, and held it tight while he mashed the accelerator with his right foot and held them both down. What?!?

"No, Don! No, Don!" I shouted, to no avail as he came suddenly off the binders. The mighty 1,001-hp, 64-valve quad-turbo Veyron squirted out a little two-step before it aborted as the wheels lost grip. Nothing. Of course Sherman tried it a whole 'nother bunch of times before he threw in the towel.
That was my first Launch Control moment.

The latest (but surely not final) launch exercise is much more recent. It also involved two people in the car, only I was driving this time and it wasn't a car. It was Jeep's "Sorry. Not Sorry" version of an SUV—the 2018 Grand Cherokee Trackhawk, the most powerful SUV ever. The specs are now legendary: 6.2-liter supercharged Hellcat V8: 707 horsepower, 645 lb-ft of torque, 3.5 seconds from 0 to 60 mph and a 180-mph top speed. And it weighs 5,350 pounds.

I want it. You want it. The people who don't want it don't matter.

My driving partner/coach for the track event was a retired NASCAR driver of some renown, so I won't say who it was. Time at the private road course Jeep rented for the day began with hot laps, blistering hot laps. Fun, but I was in it for the Launch. My buddy was all for it.

We waited till everyone went to lunch, then pulled up at the start of a straightaway as smooth as a baby's ass. We ran through the drill. There is nothing simpler: Drive mode in Track. Engage Launch button on center console. Left-foot brake to the floor and hold. Right-foot accelerator to the floor and hold. Ignore the ferocious bucking and snarling under the hood as the supercharger winds up to max boost.

For one heartbeat, I smiled at the Pro. We were both happy. And then I jerked my left knee in the air, and we were in Jeep Heavy Rocket mode, only the dummies in the cockpit were screaming all the way down the long straight like little girls.

In fact, I had already scrubbed off speed (of course, the brakes are from Brembo) and was bending right, neatly through the cones at the end of the straight. I looked at him. He was panting a little. "Dude!" he said. "My heart was coming out of my ass!" We both started laughing.

And we did it a whole ' nother bunch of times. 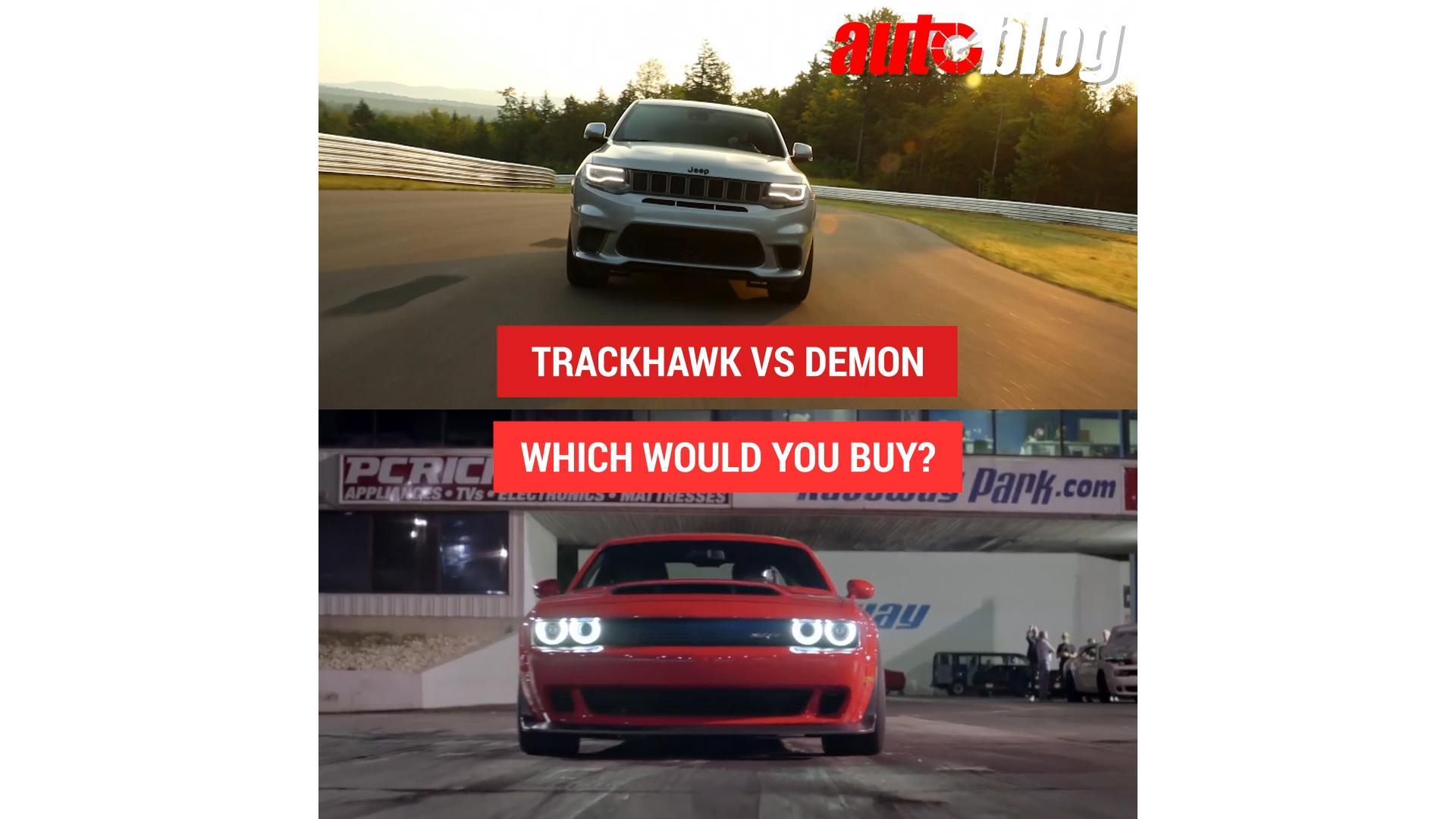