Doug Newcomb
Since cars have become more software dependent, most major automakers have been inching toward enabling over-the-air updates to keep vehicle electronics, ranging from infotainment systems to safety features, current. But there are only two car companies — Fiat Chrysler and Ford —± currently doing OTA updates, and on a limited basis. GM CEO Mary Barra announced last summer that the automaker will launch a new EV architecture and infotainment system capable of over-the-air updates "before 2020."

The one exception, per usual, is Tesla. Since the release of the Model S almost six years ago, the maverick EV automaker has made routine OTA software updates a core part of its vehicle platforms and value proposition, and has sent out updates for everything from adjusting ride height to enabling Autopilot, largely without incident.

When I've asked automakers why they can't do the same thing, I've heard reasons ranging from running afoul of their dealers (and archiac regulation) to security concerns. Automakers like Ford and General Motors say they want to act like tech companies, which routinely send out OTA updates for a wide range of devices, but overall the car industry still moves at a very cautious snail's pace.

And when automakers do try to move faster and take more risks — unlike with a smartphone update, which people bitch about but live with — the consequences can be significant when things go wrong. That's the case with Fiat Chrysler America and its recent public-relations nightmare when an OTA update went awry.

The update went out at the end of last week for the Uconnect system in late-model vehicles, and it made head units go into a near continuous reboot, which caused owners to not only lose access to entertainment features, but also critical functions like emergency assistance. Almost immediately, owners took to Twitter to express outrage, and FCA was caught flatfooted.

A tweet went out on Monday on the UconnectCares Twitter account that read, "Certain 2017 & 2018 Uconnect systems may experience a reboot every 45-60 seconds. Our Engineering teams are investigating the cause and working towards a resolution. We will post here as soon as more information is available and apologize for the inconvenience."

But that didn't appease frustrated owners, and there were over 350 mostly angry responses to Monday's tweets, such as this one from the Twitter account of @LyricaLLiLone, who describes herself as a "mopar lover."


2018 SRT.. this happened the day after my 1st payment! How has it been almost 3 days and all the dealer says is "THEY KNOW ABOUT THE ISSUE, THERE ISNT A FIX YET" Its a good time driving a truck that I don't have access to the very options i pay a lot of money for!!!

The UconnectCares Twitter account tweeted on Wednesday, "Regarding customers experiencing repeated system rebooting: We have identified that the concern is related to SiriusXM Travel Link services. In the next 48 hours we'll temporarily suspend the Travel Link feature in order to cease the reboot. We appreciate your patience." I reached out to a Uconnect media representative who referred me to a statement that essentially said the same thing as the UconnectCares tweet.

Regardless of who's at fault — and I doubt owners of affected vehicles really care — the result will likely be that most automakers will pull back from OTA updates, which is a shame. Ford uses OTA updates only to add Android Auto and Apple CarPlay to Sync 3-equipped 2016 vehicles via the car's Wi-Fi capability that the owner must activate. (For years FCA, Ford and other automakers allowed updating a vehicle's infotainment system using software downloaded from an owner's website to a USB drive that was then inserted into the in-car USB port.)

If automakers truly want to become tech companies and compete with the likes of Google and Apple, OTA updates need to be a key component of connected and autonomous vehicles. OTA updates could also save automakers billions of dollars in recall cost — and car owners lots of time and frustration.

Judging from this FCA fiasco — even if Sirius Travel Link is ultimately the culprit — it's proof that automakers are not yet at the caliber of tech companies (even though I've repeatedly praised Uconnect). And they have a long way to go even with something as basic as OTA updates. 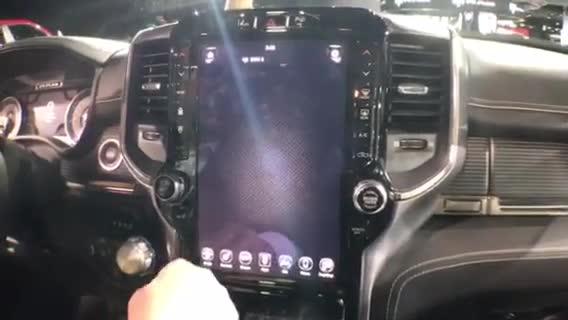