Fiat sold the Pininfarina-designed 124 Sport Spider in North America for the 1966 through 1980 model years, followed by a few years of importation by Malcolm Bricklin as the Pininfarina Spider. During the 1970s, these cheap and lightweight sports cars sold well, and enough of them still await oft-postponed restorations that plenty of them still show up in wrecking yards to this day. Here's a rusty but complete '74 in a Denver-area self-service yard. 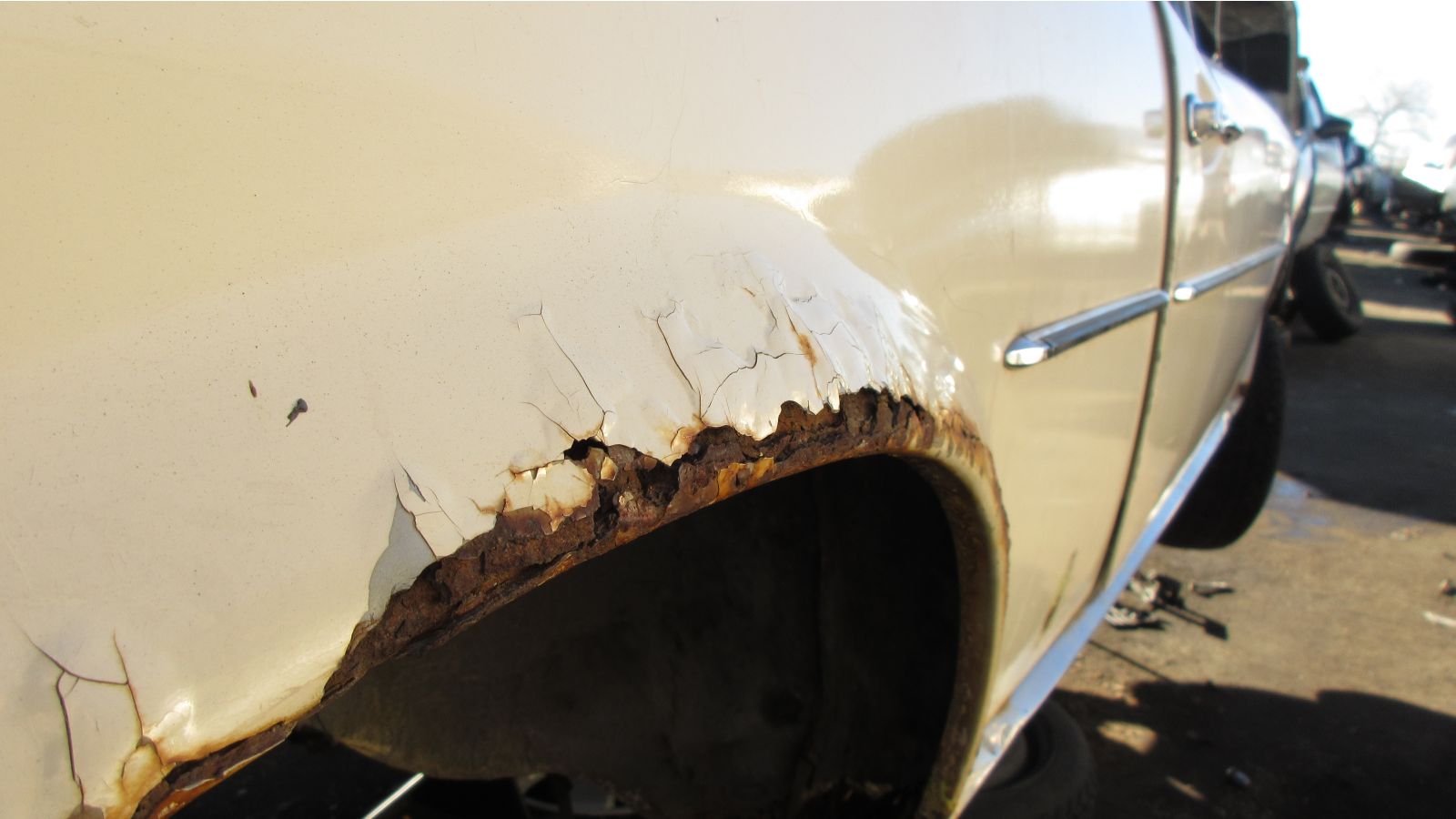 This wouldn't even count as real rust in Maine or Michigan, but it's a death sentence for a Denver Spider. 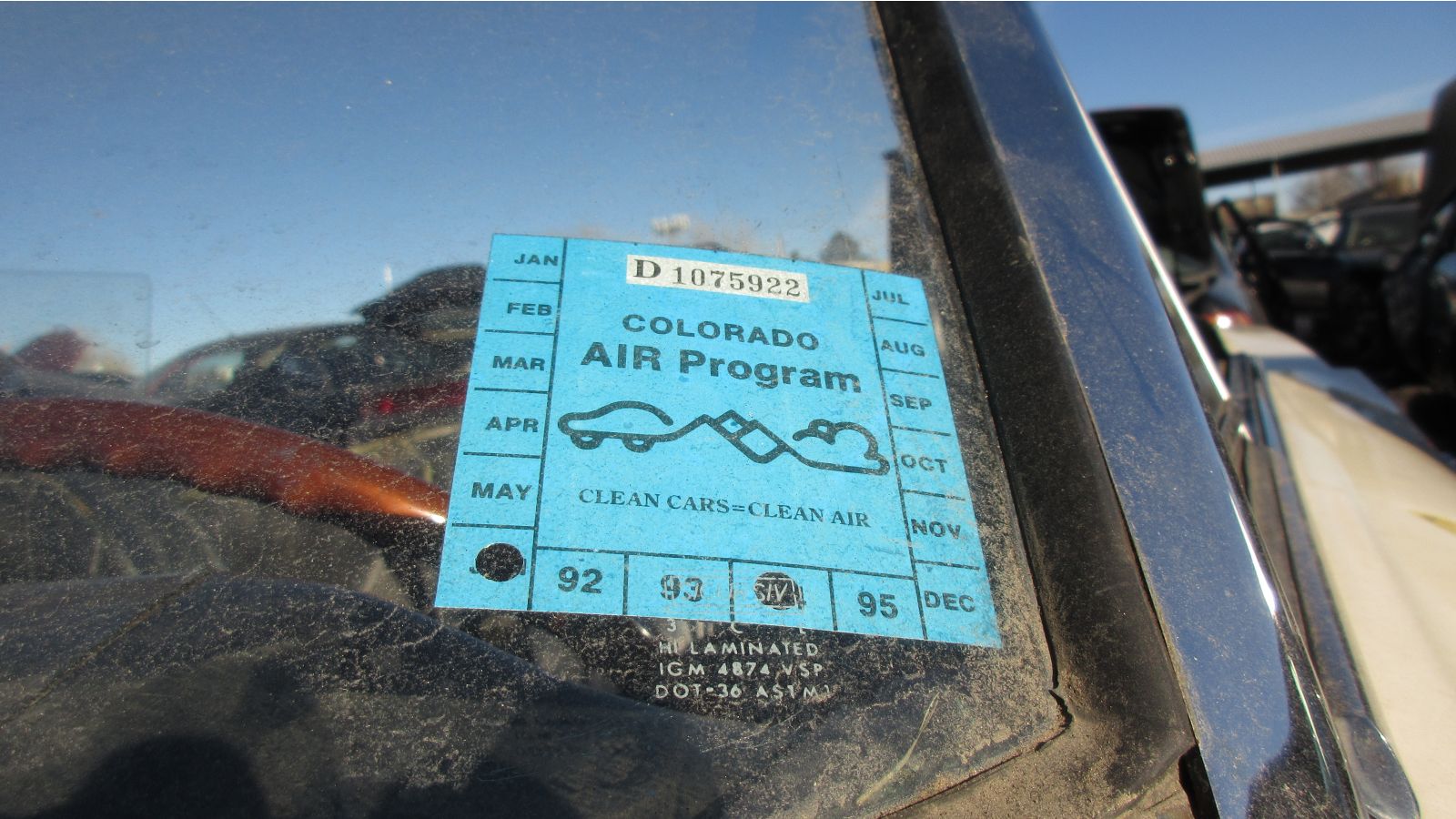 According to the emissions-test sticker, it was driving in Colorado as recently as 1994. The inherent coolness of an Italian convertible keeps these cars around even after they break (which happens with great frequency), but their affordability makes owners reluctant to spend real money on fixing problems. This means that many thousands of 124 Sport Spiders sit in driveways, yards, and garages around the continent, awaiting repairs that (in most cases) will never come. 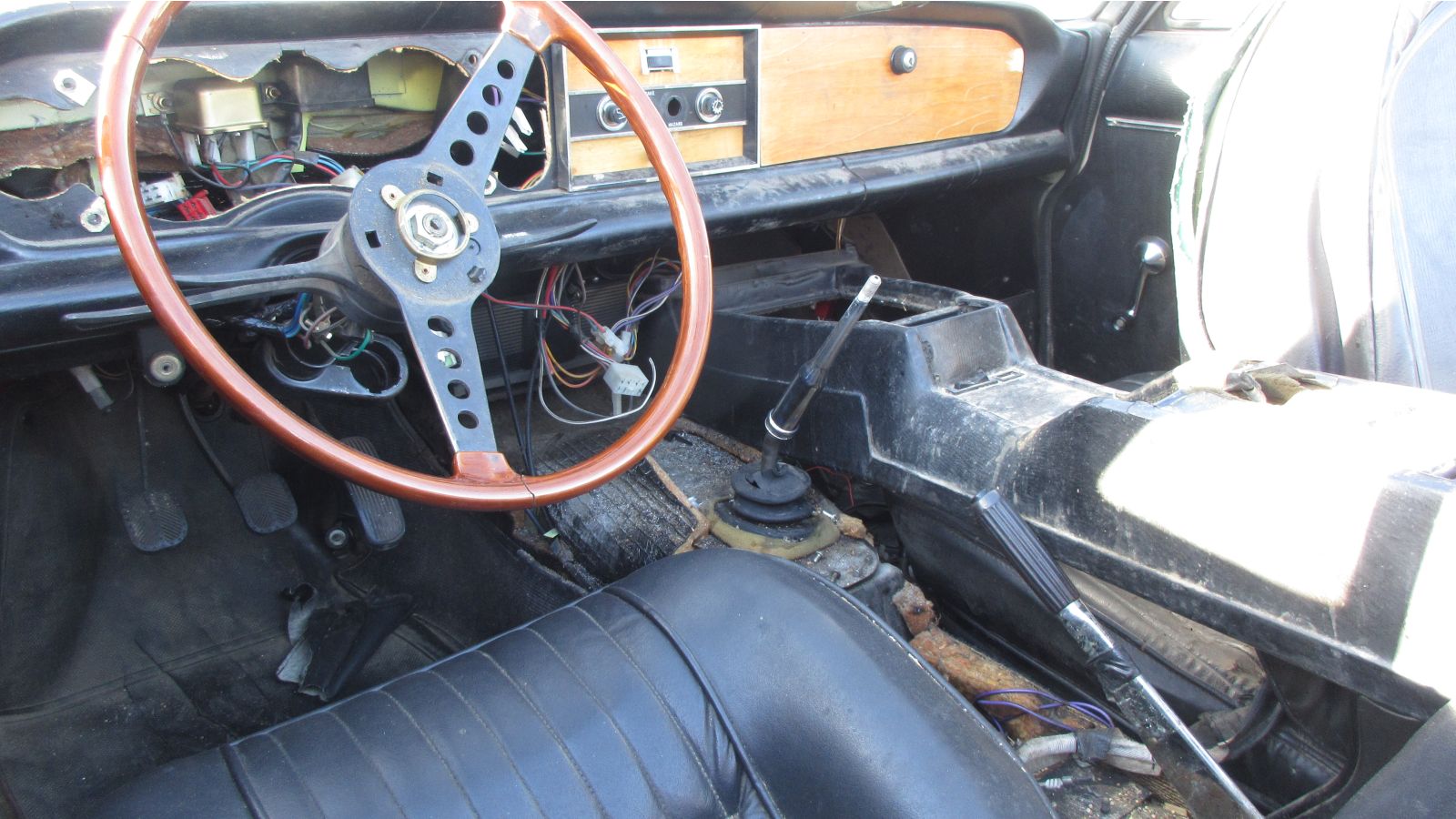 Eventually, a spouse or landlord or homeowners' association has had enough, and the old Fiat project takes that final, sad tow-truck trip to the graveyard. 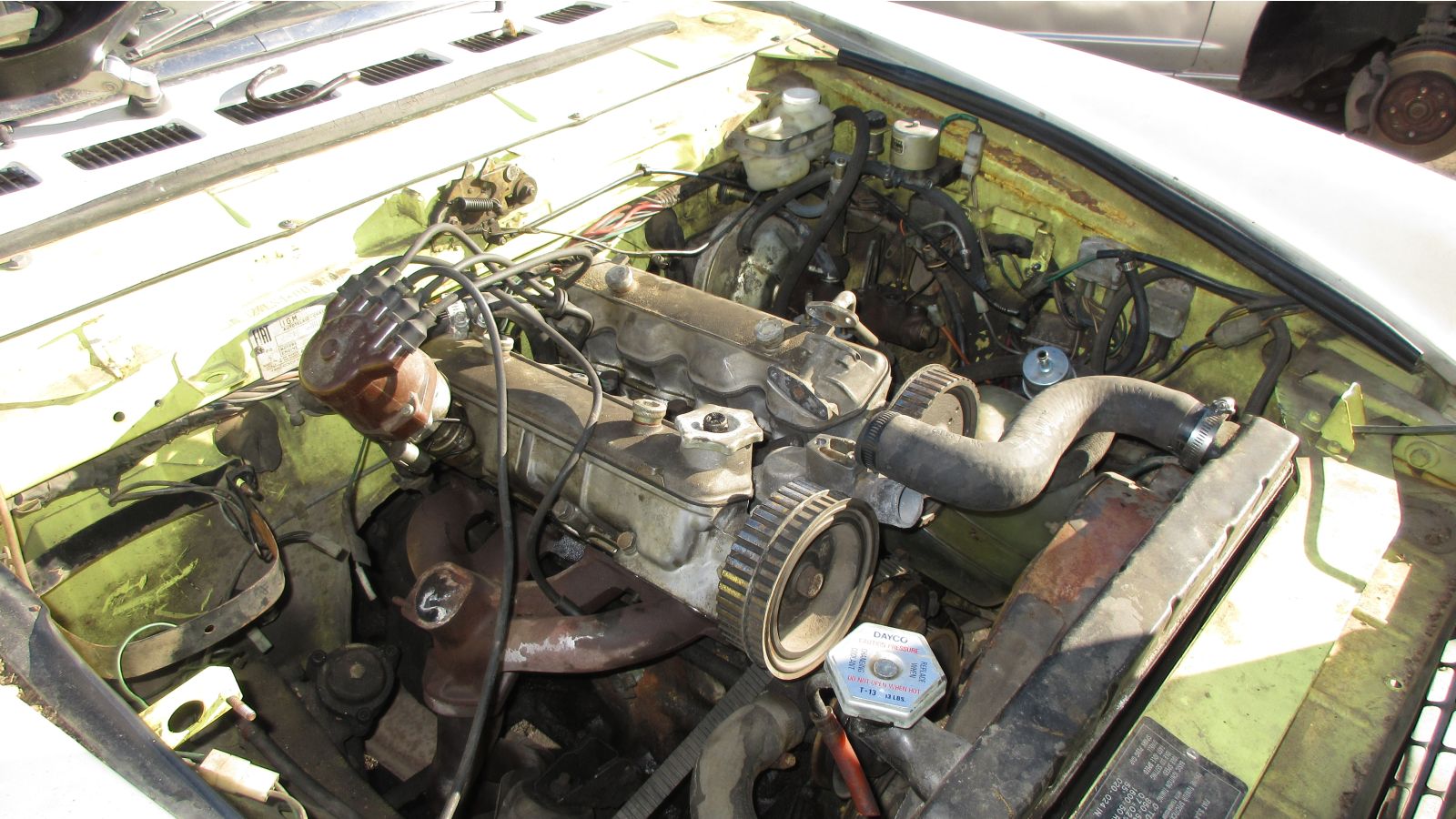 The 1,756cc Twin Cam engine in this car was rated at 92.5 horsepower, which was decent power for a 2,128-pound car in 1974. The current Miata-based 124 Spider has 160-164 horses and weighs just a few hundred pounds more, but expectations have changed since the dark days of the Malaise Era. 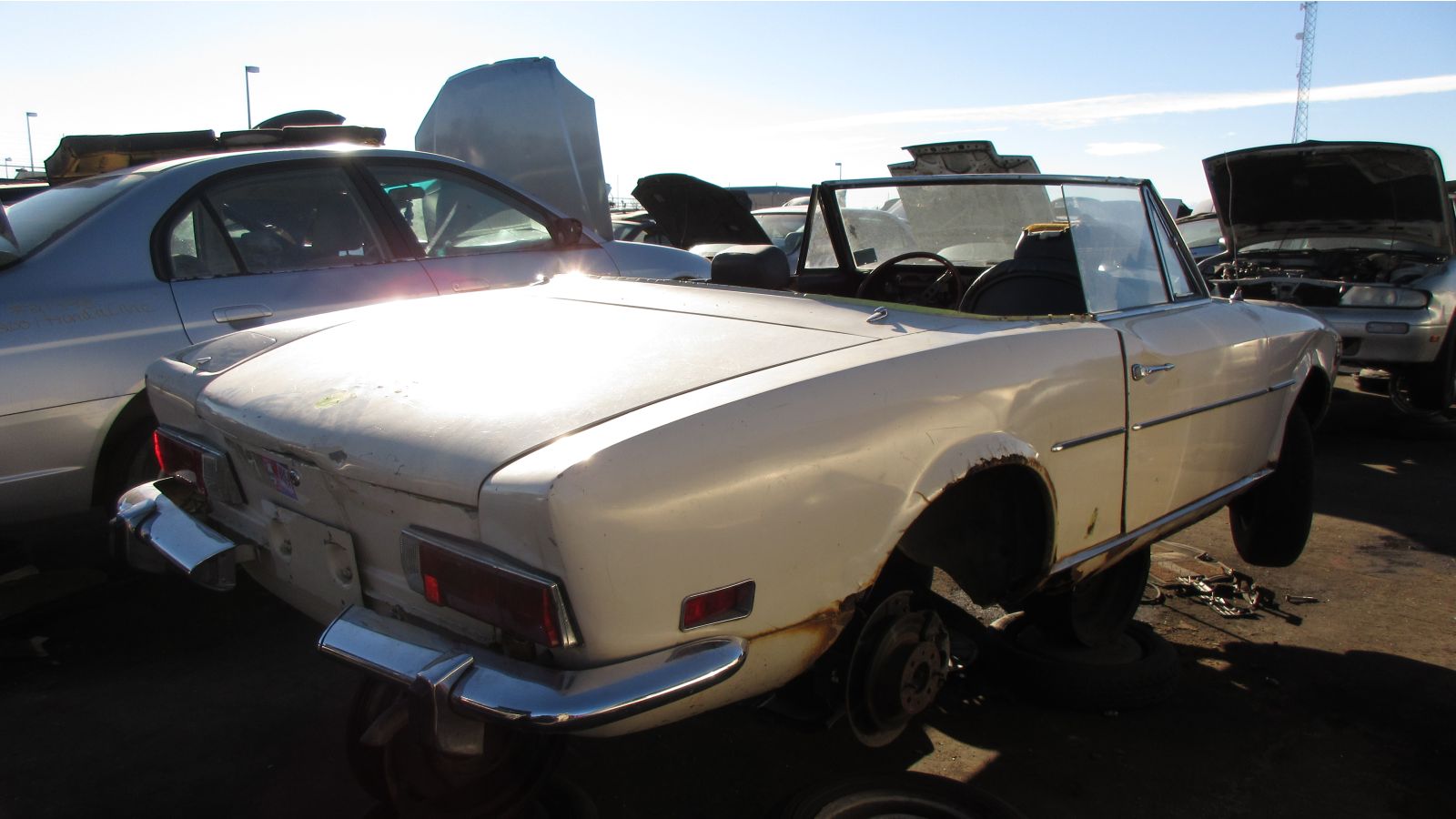 The 124 Sport Spider's main rival in North America was the venerable MGB. Both cars were notorious for reliability problems, but so what? Commuting in an affordable little European convertible was way more fun than chugging around town in a Corolla or Pinto. In 1974, the 124 Spider had a $4,395 price tag (about 23 grand today), and the MGB cost a mere $3,925. The MGB was heavier and had just 78.5 horsepower from its sturdy-but-primitive pushrod engine (yes, British Leyland claimed the half-horse instead of rounding down), but was much more solidly built; if not for the flaky electrical system made by The Prince of Darkness, the MGB would have obliterated the 124 Spider in the dependability department. 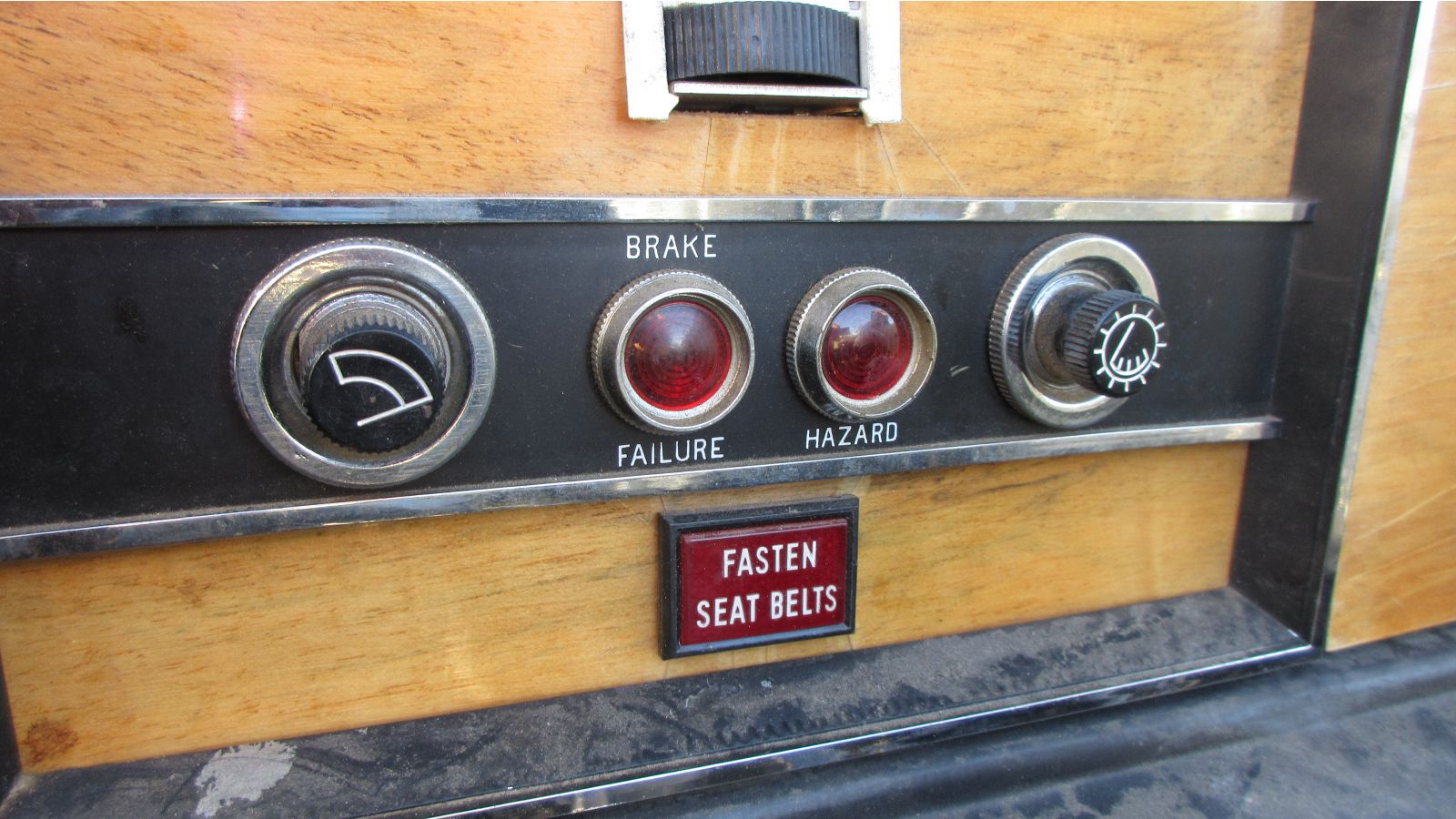 I always grab these beautiful metal-and-glass warning lights when I find them in junked Fiats; I have installed them in everything from Impala instrument panels to homemade car-parts boomboxes.

Of course, the 129-horse 1974 Alfa Romeo Spider Veloce could eat up both the 124 Sport Spider and the MGB, but it cost a cold-sweat-inducing $5,258. There was always the $3,935 Volkswagen Karmann Ghia convertible, but it suffered from a sputtering 46-horsepower engine and a hilariously outdated chassis design.