The last of the "traditional" body-on-frame, V8-powered, rear-wheel drive police sedans, the Crown Victoria Police Interceptor was built for the 1992 through 2011 model years and remains in service with many government agencies and taxi companies to this day. Known as the P71 (those are the 5th through 7th characters in the VIN), high-mileage examples of these cars once clogged every wrecking yard in North America, but lately their numbers have been dwindling. Here is a 2003 model, in the correct black-and-white livery, spotted in a Denver-area self-service wrecking yard recently. 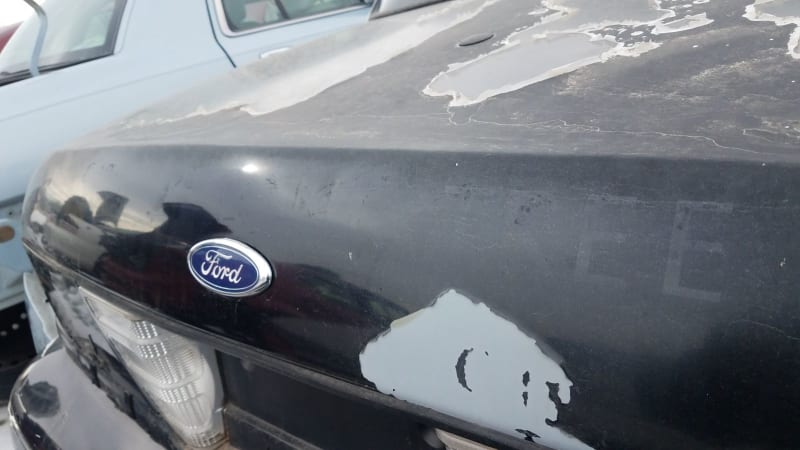 Most police departments remove their badging from retired cars when they sell them at auction, but the CITY OF LONE TREE lettering is still visible on the decklid of this one. 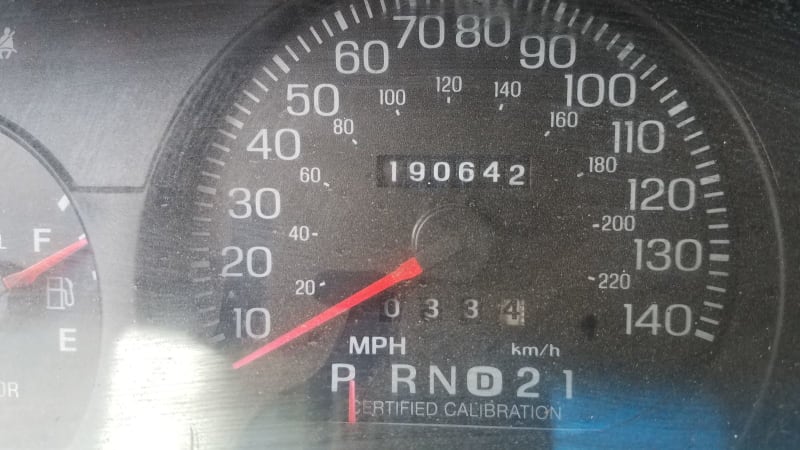 It's rare to find a P71 with an odometer showing below 200,000 miles, but that's what we've got here (barely). These cars were solid and reliable, though subject to frequent failures of non-essential components such as window regulators. 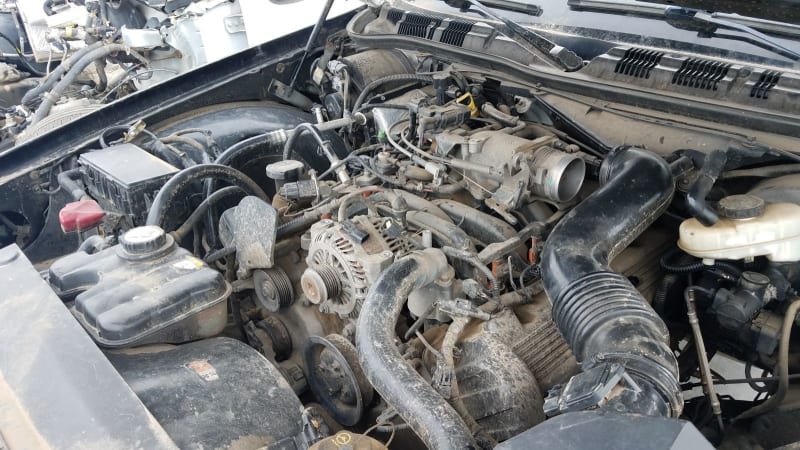 The P71 wasn't particularly fast, with between 190 and 250 horsepower (depending on model year) to move more than two tons of bulk. The Police Interceptors got the same engines as Grandma's Crown Victoria or Grand Marquis drive-to-church cars, so there's no special "cop engine" in these things (though the P71's ECU supposedly won't go into limp-mode if the engine overheats during high-speed pursuit, unlike its civilian counterpart). Big fluid coolers on everything from transmission to power steering mean you can leave one parked at idle all day in Death Valley with the A/C going and suffer no ill effects. 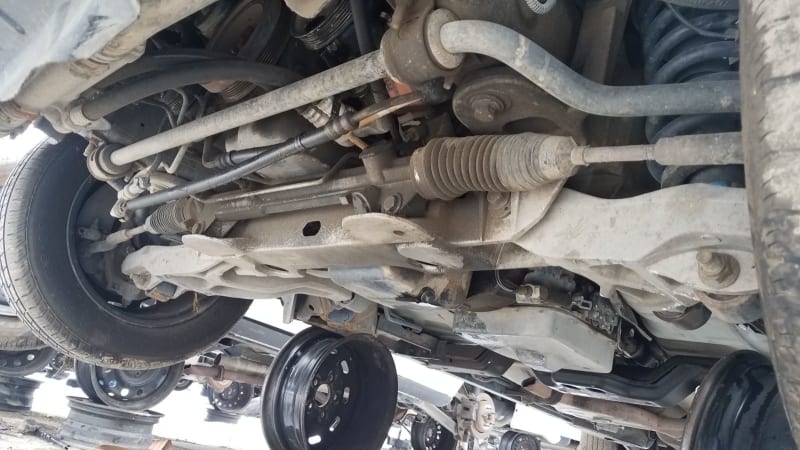 These cars do have stiffer cop shocks and cop sway bars, plus a balanced aluminum driveshaft. They handle well for big cars. 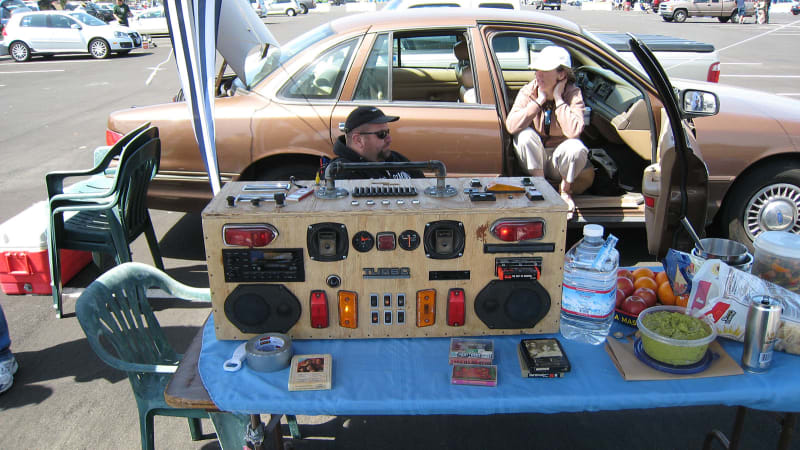 Back in 2004, I bought an ex-San Joaquin County (California) 1997 P71 Police Interceptor at auction, for just $1,600. It was a parole officer's car, so it had a single paint color, a real back seat, and no bodily-fluids smell from drunk arrestees (plus it came with evidence photos and urine-test kits in the trunk). It was a good daily driver, regularly getting 24 highway MPG, and the air conditioning was meat-locker grade on the hottest days. I always feel a little sad when I see one of these cars in the junkyard. 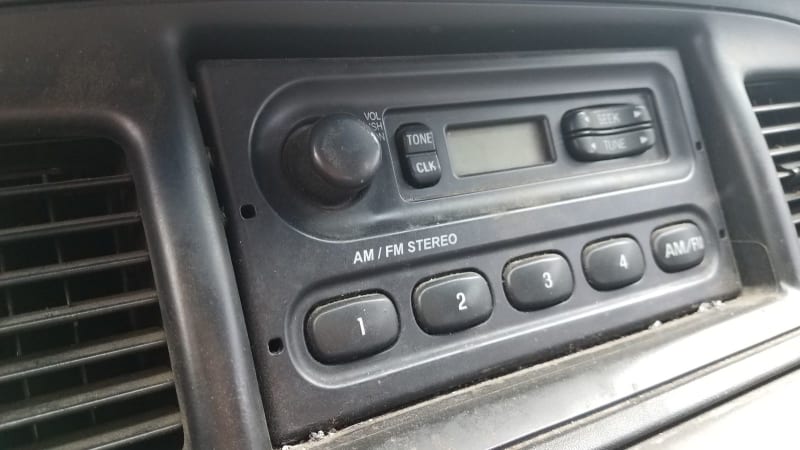 Most of these cars have the base AM/FM radio in the dash. Not long ago, I had the pleasure of driving an ex-Denver Police Department P71 around a big storage yard with the radio blaring Stealer's Wheel in lo-fidelity glory. 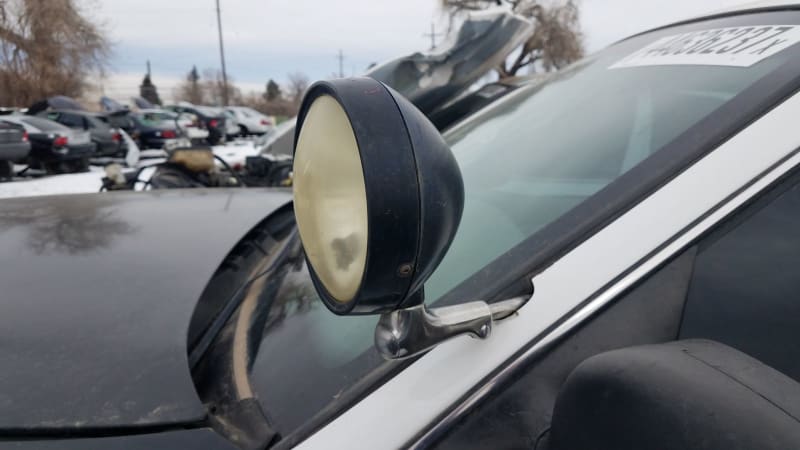 This one has spotlights, antenna holes, and scratchy-but-rugged cop-car upholstery, and the scent of its many leaky back-seat passengers was strong even on a 30-degree winter day. 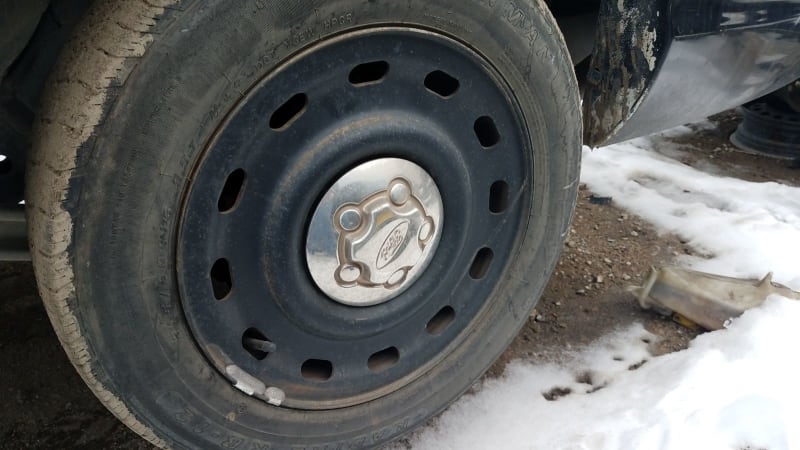 I might get another P71 one day, and I'll swap in a Mustang 5-speed this time.

If you care about your family, you'll get a Crown Vic! 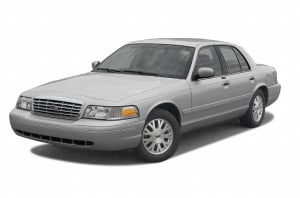