John Beltz Snyder
GM's driverless car unit, Cruise Automation, has been testing self-driving Chevy Bolt EVs on the challenging streets of San Francisco. As you might expect, it hasn't been without incident. In September alone, Cruise reported six crashes to the California DMV. The latest report, filed to the DMV, was a collision between an autonomous Bolt and a motorcyclist on Oak Street near Fillmore Street in early December.

According to the report filed by Cruise, the Bolt was operating in autonomous mode in heavy traffic at the time of the incident. It was in the center of three lanes on the one-way street, when the car saw an opportunity to switch to the left lane, and began the maneuver. The gap closed, though, and the Bolt returned to the center lane, just as a lane-splitting motorcycle on the right moved into the center lane. Cruise says its Bolt was traveling at 12 miles per hour, while the motorcycle was doing 17 mph.

The Honda S90 motorcycle "glanced" the passenger side of the Bolt (leaving a "long scuff"), wobbled, then tumbled over. The motorcyclist was able to walk away from the incident, moving the bike to the side of the road, but complained of shoulder pain. The police were called, and the motorcyclist was taken to receive medical care. Police determined the motorcyclist to be at fault "for attempting to overtake and pass another vehicle on the right under conditions that did not permit that movement in safety," according to Cruise's report.

In California, lane-splitting by motorcycles is neither permitted nor prohibited under law. The DMV no longer offers lane-splitting guidelines, but suggests a few safety tips for motorcyclists, including watching speed, assuming other drivers don't see them and avoiding blind spots. 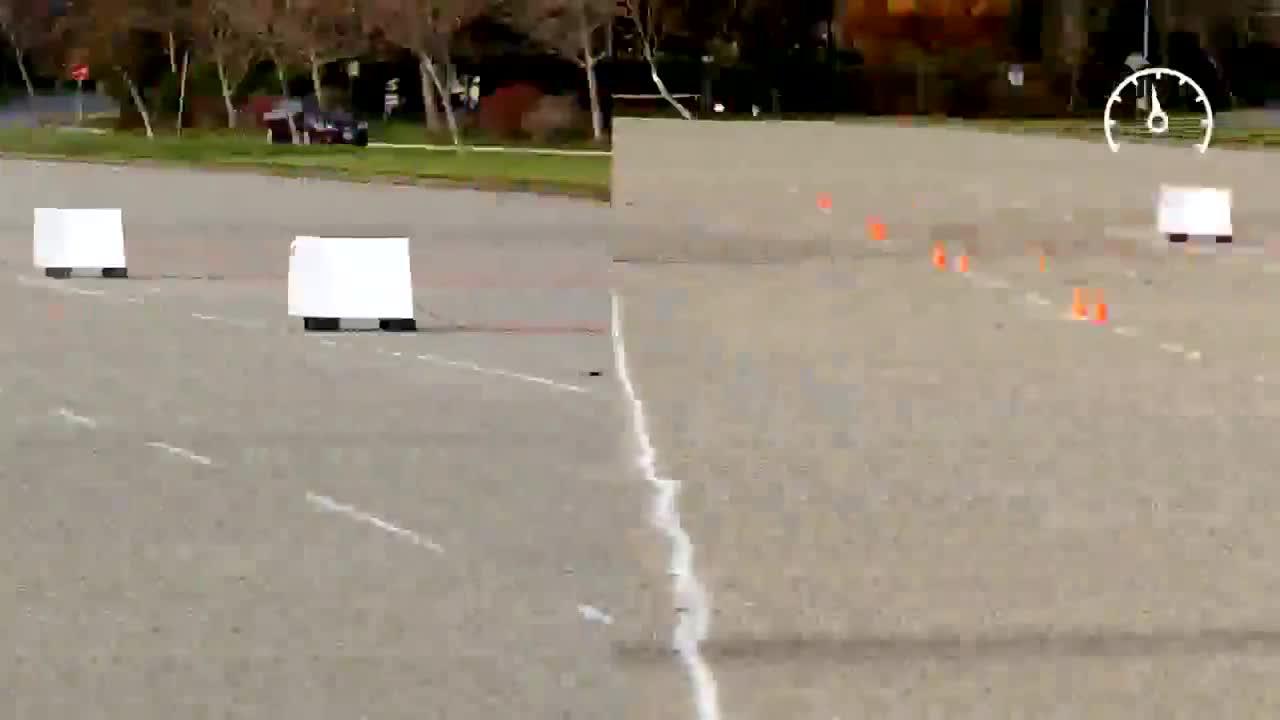