Premium gas, for most cars, is a waste of money

Cars that only need regular fuel get no benefits

Premium gas is like magic for cars, right, even for cars that don't need it? That's what everyone says. "My car is in great shape because I only put premium in it." "I get better fuel economy when I use premium." "I like to drive fast, so I use premium gas." The name even sounds better: Premium. Well that's not really the case. If your car can use 87-octane fuel, even if the cap says premium is "Recommended," you're better off putting ol' regular gasoline in the tank. Buying the higher octane stuff is a waste of money. With that being said, there are types of fuels that can be good for your car, regardless of octane.

Much of the premium mythbusting has come from researchers at AAA. The organization published a study that tackled whether cars that recommend premium 93-octane gas, but can still use 87-octane fuel, receive any significant benefits from the more expensive gasoline. Six vehicles were tested including the Cadillac Escalade, Ford F-150 EcoBoost, Mazda MX-5 Miata, Jeep Renegade (turbocharged 1.4-liter engine), Ford Mustang GT and Audi A3. Of these vehicles, neither power nor fuel economy improved substantially. The naturally aspirated Escalade saw the biggest fuel economy gain of 7.1 percent, followed by the twin-turbocharged F-150 with a 5 percent gain. The Mustang had the biggest power gain of 3.2 percent, followed by a tie between the Audi A3 and F-150 at 2.1 percent. That A3 actually lost 1 percent of its fuel economy, and the Jeep Renegade saw a power loss of 0.3 percent.

(You can compare the above vehicles and other possible new vehicle choices using our comparison tools. You can try the Autoblog Car Finder to find the right car for you, too.)

Now while this testing goes to show that there can be minor power and fuel economy benefits, the emphasis is on
minor, especially when compared with the price of premium fuel. AAA reports that the price difference between 87- and 93-octane gasoline ranges between 20 and 25 percent, which means that even using premium and getting ever so slightly better fuel economy will still cost more than worse fuel economy on regular. To show this, let's do some math. The Escalade is rated at 17 mpg overall by the EPA, and assuming that's the number when using premium, which would be about 7 percent better than on regular according to AAA, an Escalade running on regular would get about 16 mpg overall. To go 300 miles, an Escalade on premium would use 17.64 gallons of fuel, and an Escalade on regular would use 18.75 gallons. If 87-octane gas costs $3.00, premium gasoline will be $3.60 using the best-case scenario from AAA of a 20 percent premium on 93- (or 91) octane gas. That means the regular-fueled Escalade would cost $56.25 to go that 300 miles, and the premium-fueled Escalade would cost $63.50. The cost only increases as the price gap increases and gains decrease. 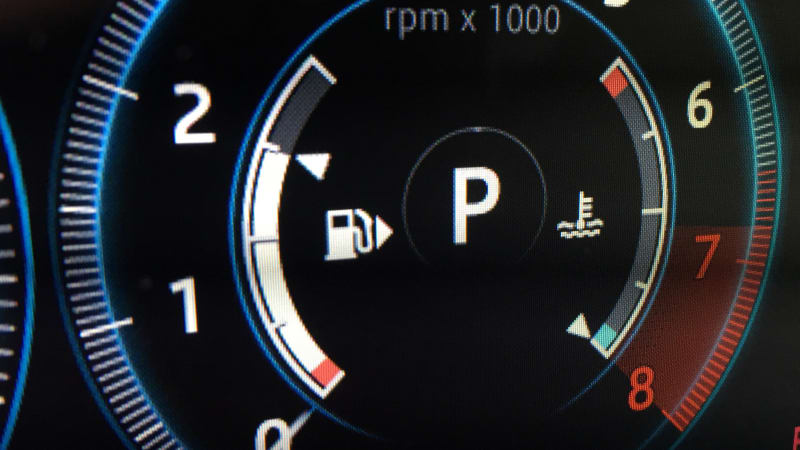 All of the above applies to cars that only recommend 87 octane as well. This was proven by an older AAA test in which changes in power and fuel economy were negligible, and actually were negative in two of the three vehicle models tested. Even more interesting is that the organization discovered the car's engine computers were able to recognize and adjust for the higher-octane, but didn't have any significant change to fuel economy or power.

Now there are cars that actually require premium fuel, and those cars will say so on the fuel cap or flap, or in the owner's manual. On these vehicles you definitely do want to use 91- or 93-octane gasoline. It's likely the car isn't capable of reducing ignition timing or boost to compensate for the lower octane, which could lead to pinging and detonation that could damage the engine long-term.

Speaking of engine longevity, if you do want to do something to keep your engine healthy over the long run, AAA says to make sure you use a "Top Tier" gasoline. The organization found that these fuels, which contain a certain level of detergents to prevent build-up of deposits, do indeed prevent deposits better than other gasolines with fewer detergents. Specifically, AAA discovered gasoline with fewer detergents left 19 percent more deposits in the engine than the "Top Tier" fuels. So higher-octane gas won't keep your engine clean, using a high-detergent gasoline will.

So to recap, only use 87-octane fuel unless your car actually requires it. You'll save loads of money, even if you see the most minute decrease in fuel economy. And if you're concerned about engine longevity, make sure you use "Top Tier" versions of 87-octane gasoline.