Here's what happens when an old Japanese car parks near the ocean. The Datsun 280ZX was the Disco Z-Car, sold in the United States for the 1979 through 1983 model years. Compared to its small, taut 280Z predecessor, the 280ZX wore the automotive equivalent of a polyester leisure suit to cover its swelling girth, and its suspension had ingested one Quaalude too many; on the plus side, it was able to compete more directly with the Mustang and Camaro. Here's an '81 that managed to rust to death in the San Francisco Bay Area. 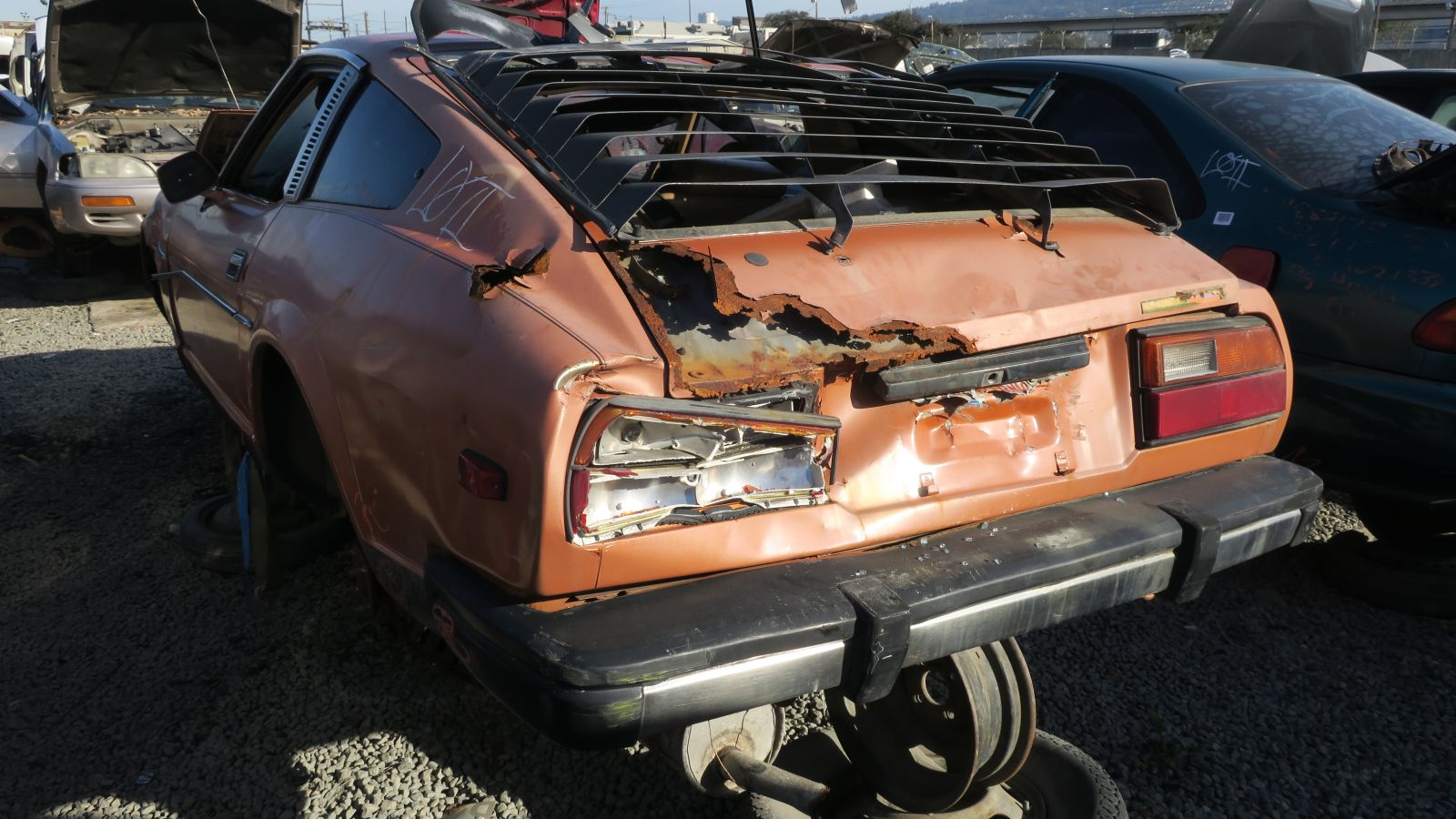 Coastal California stays pretty dry most of the time, and there's no road salt to turn rust-prone old Japanese cars into heaps of red powder, but cars that park for long periods within spray distance — say, a few blocks — of the Pacific Ocean can become real corrosion horror-shows. 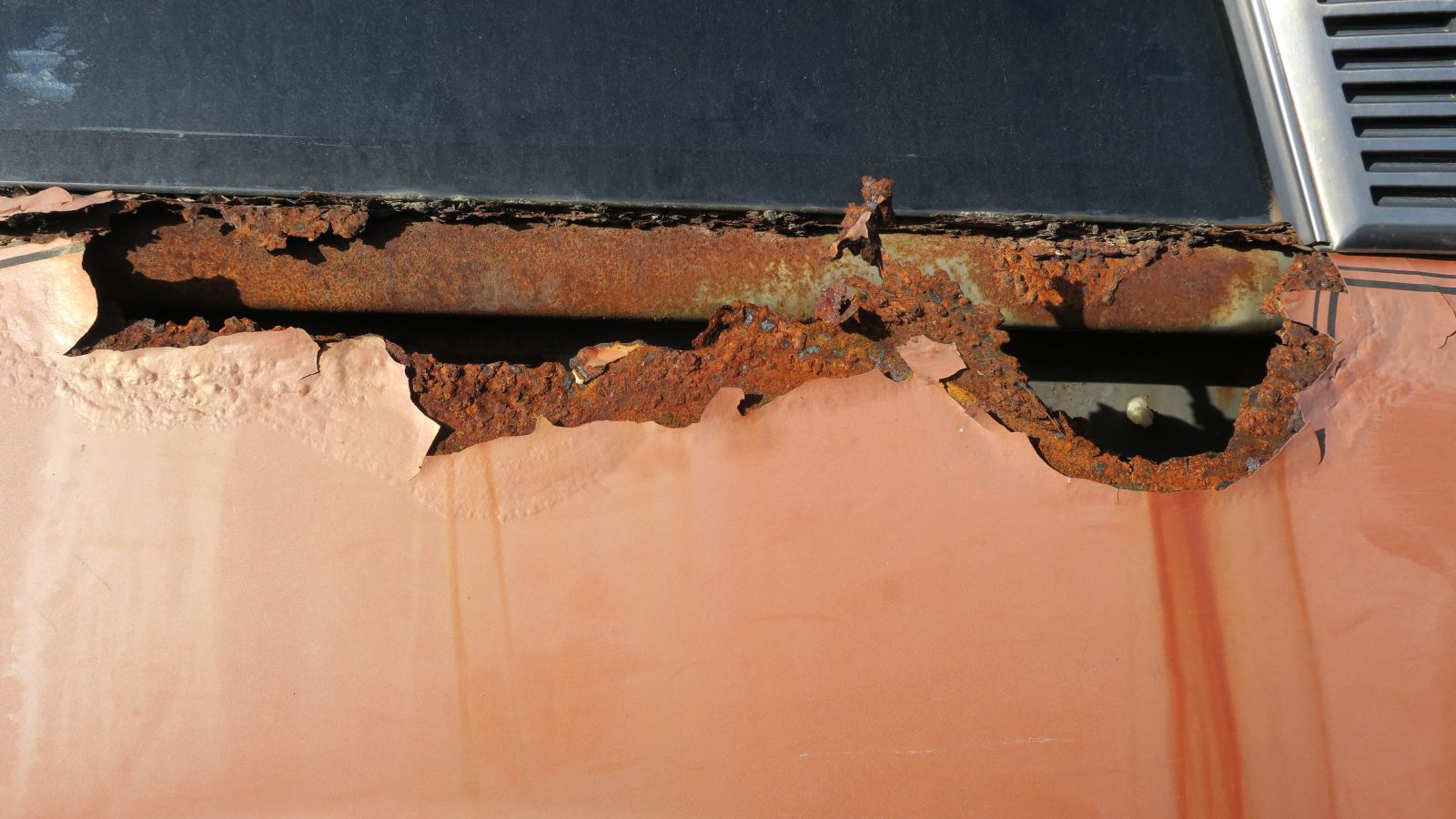 Salty mist from the crashing breakers at the beach drifts over nearby cars, and then the coastal morning fog keeps them damp for a few hours each day. It doesn't take long for the rot to form anywhere that this salty mix builds up, generally around windows, trunk seams, and door handles. I have photographed some scary examples of this process in Bay Area wrecking yards over the years. 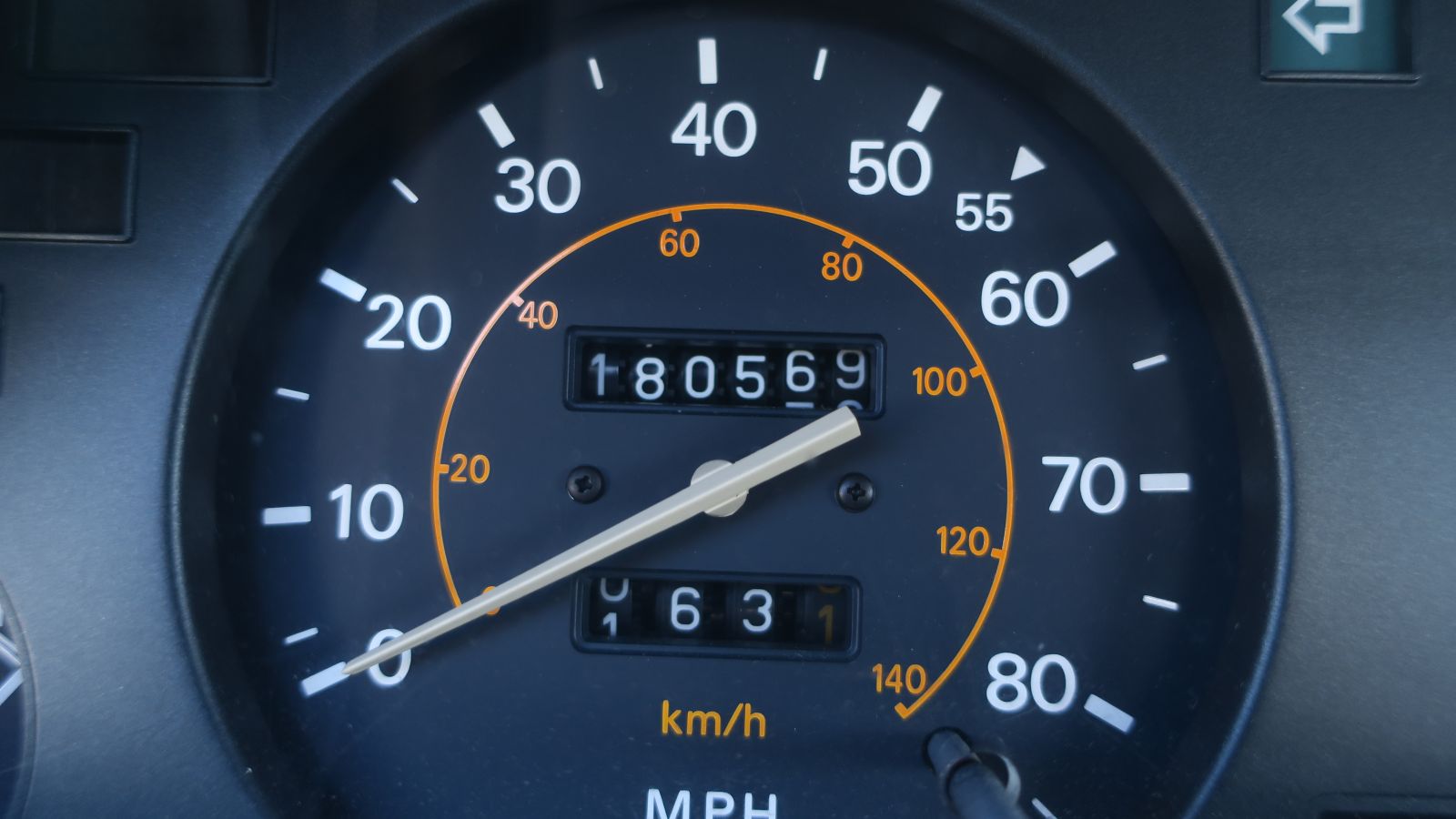 This car had nearly 200,000 miles on the clock by the time it came to this place, which isn't bad by the standards of early-1980s Japanese machinery. 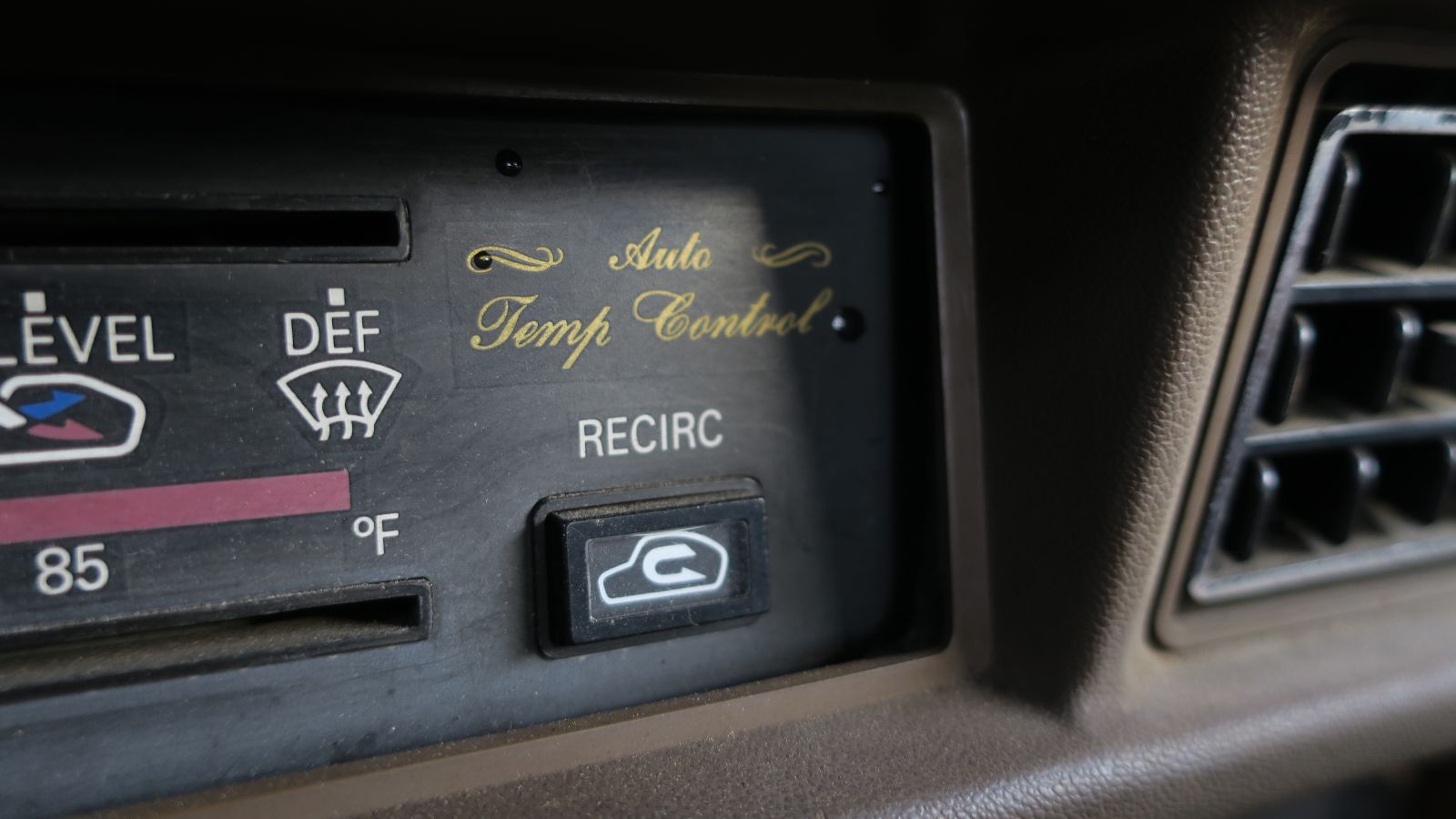 The Z became more of a sporty luxury car in its 280ZX period, with features such as this Auto Temp Control label that appears to have been lifted from the Cedric Brougham VIP. 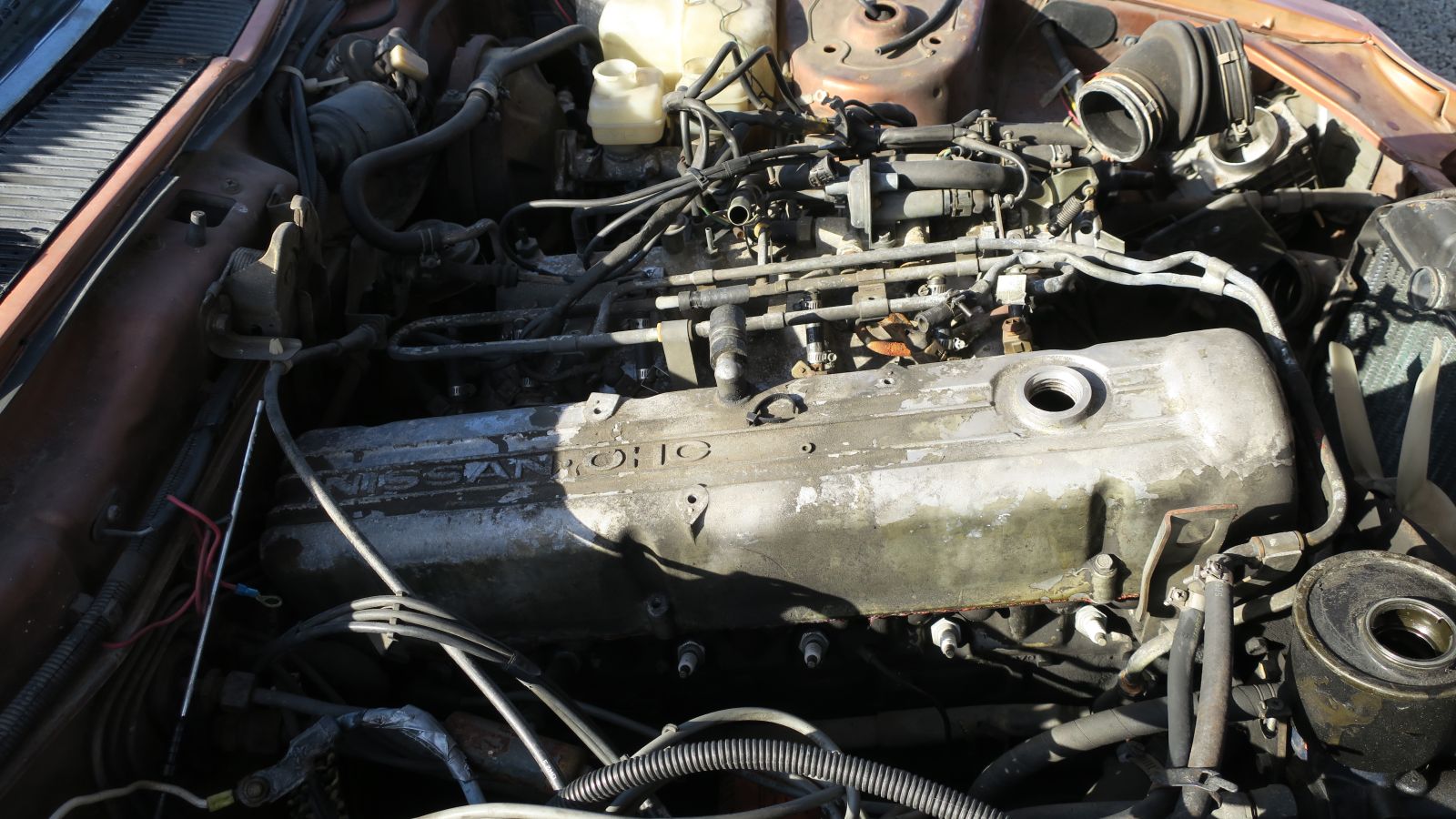 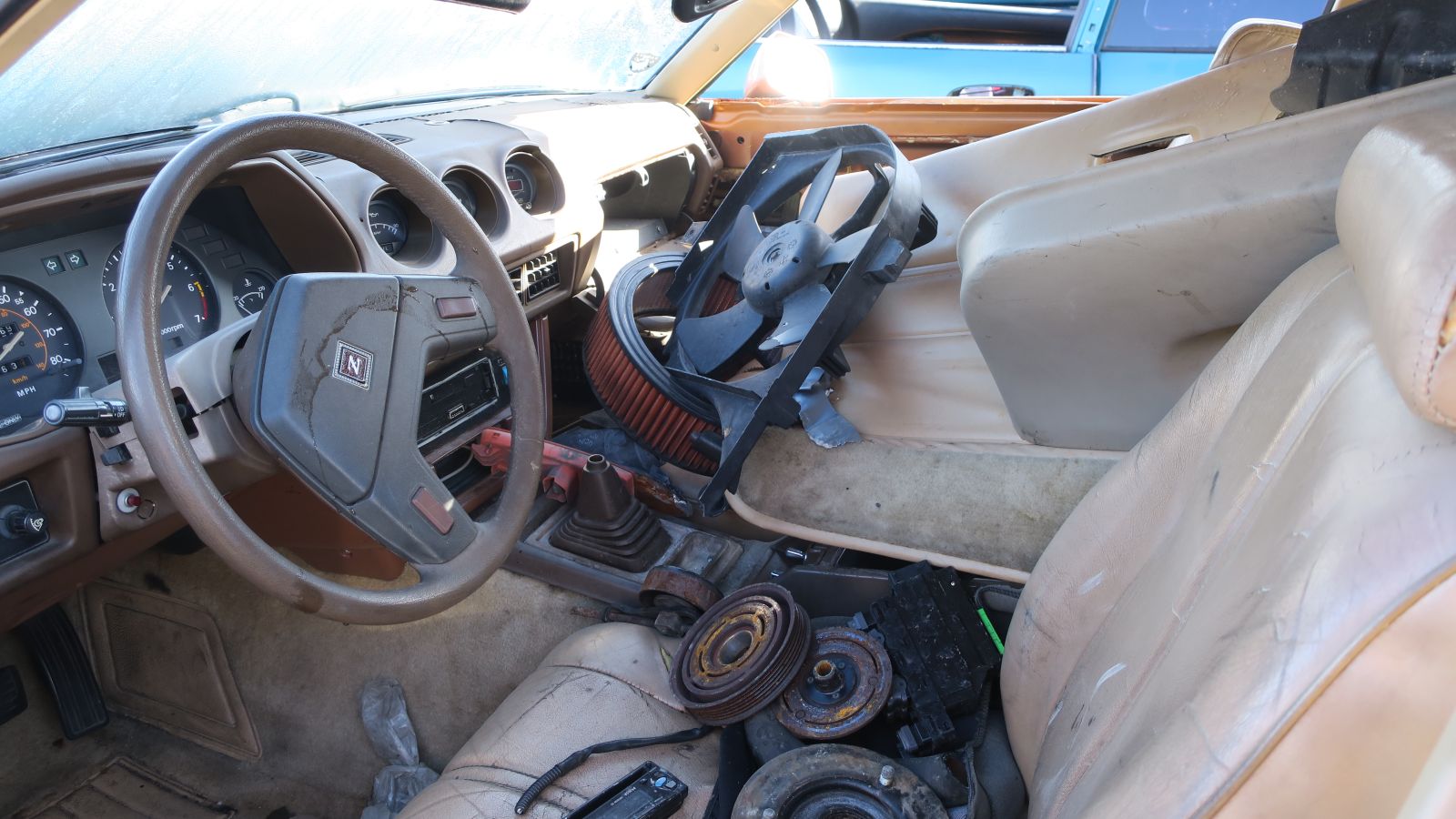 The interior is dirty but not too rough otherwise, so some of these components might make it into surviving 280ZXs.

Of course, today's Junkyard Gem is no Black Gold 280ZX. In all my years of junkyard crawling, I have found but a single discarded Black Gold Nissan.