Sibling to the Chevrolet Celebrity and Oldsmobile Cutlass Ciera, the Pontiac 6000 sold pretty well during the early-to-middle 1980s, but had been relegated to the dealership bargain bin and fleet-car cul-de-sac by the time of Operation Desert Shield. Here's a final-year-of-manufacture 6000 LE that I photographed in an Arizona self-service wrecking yard. 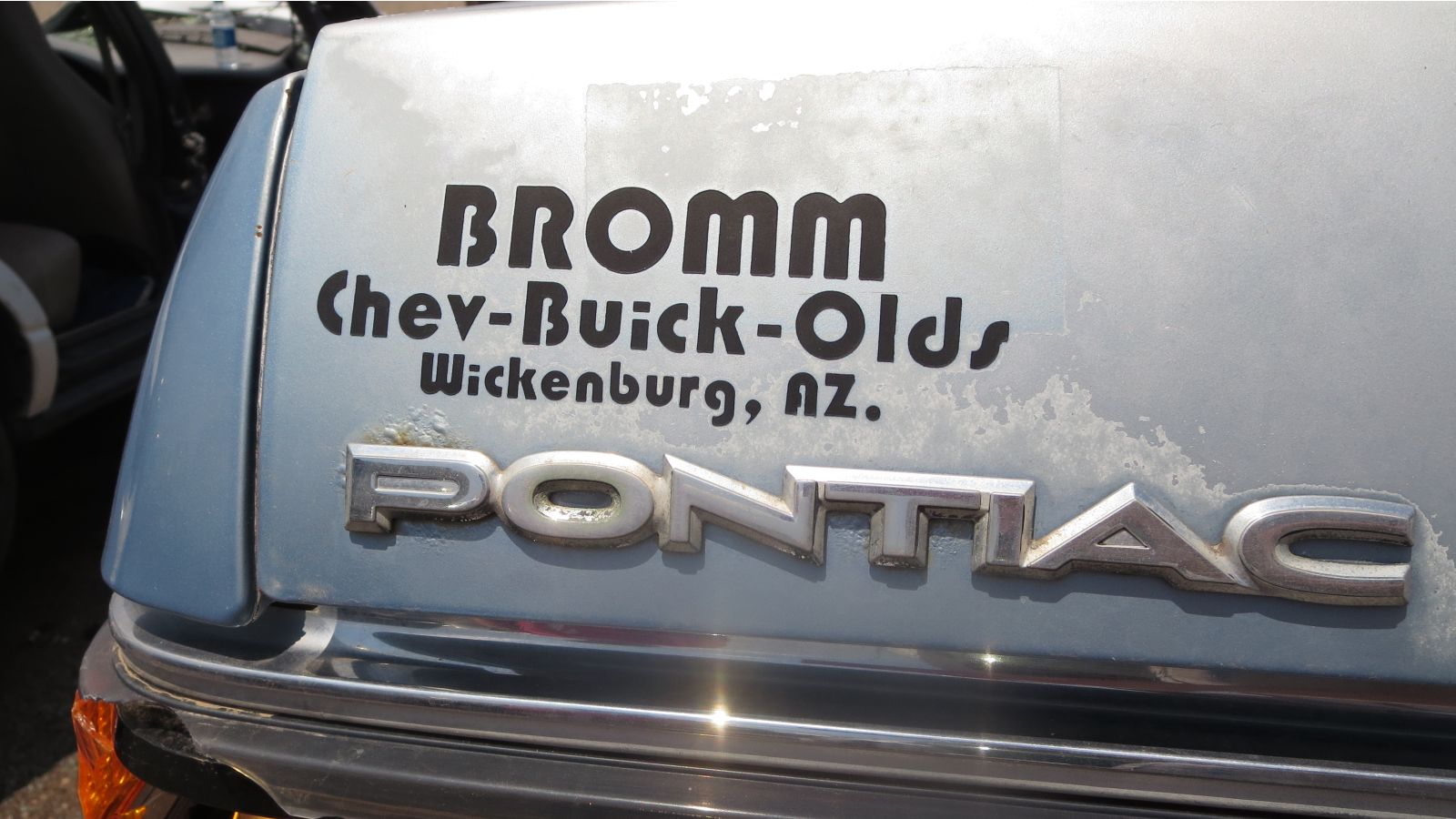 This car was sold new in Arizona, and it will be crushed in the same state, 26 years later. 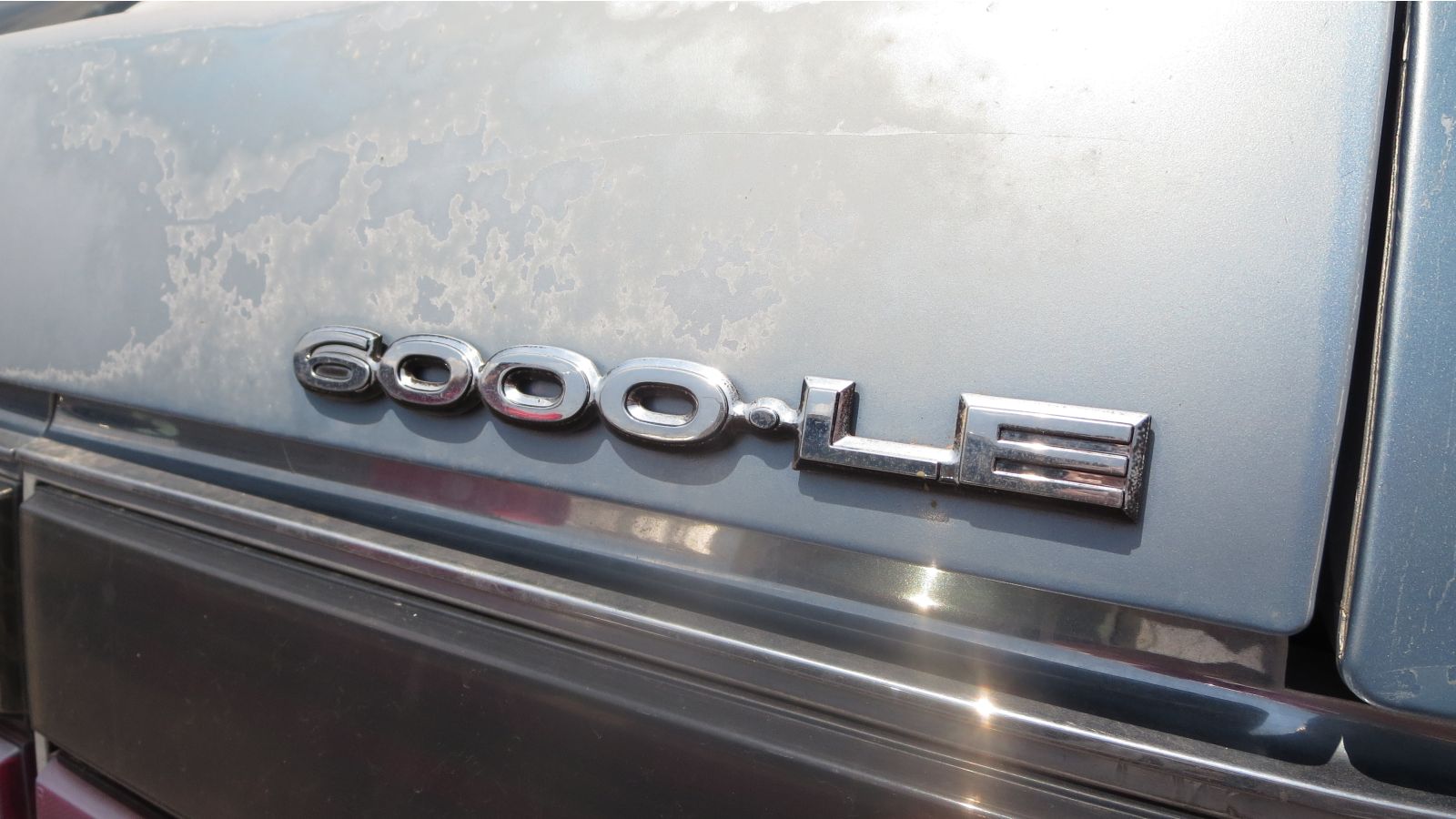 The LE was the cheapest trim level for the 6000 in 1991, but the original purchaser of this car sprang for a few options. 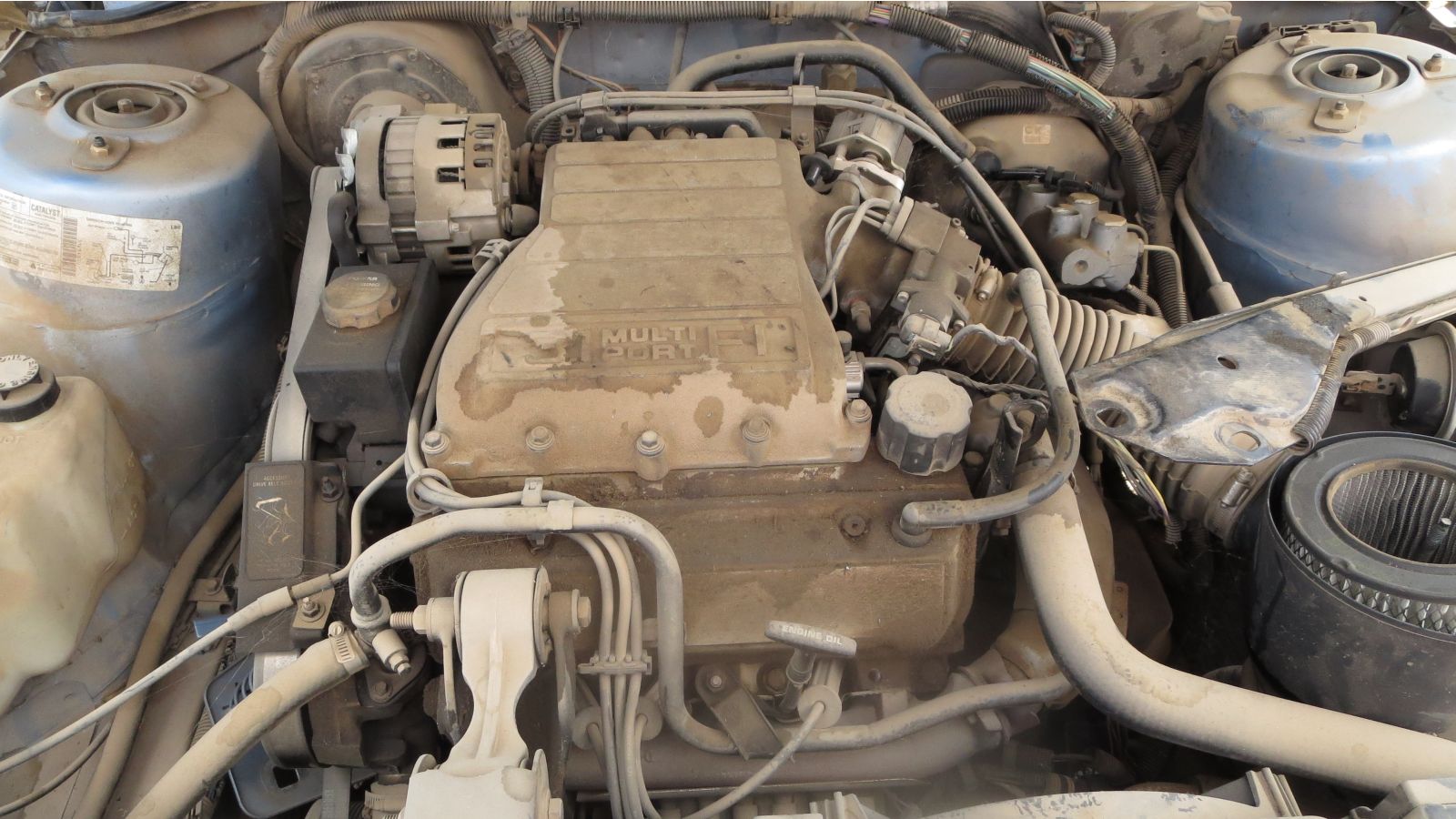 For example, instead of the utterly miserable 2.5-liter Iron Duke four-cylinder, this car packs the 3.1-liter V6. That meant 140 horsepower instead of 110, plus an engine note more like a vacuum cleaner sucking up a spaghetti spill than an ailing blender chewing on walnuts. 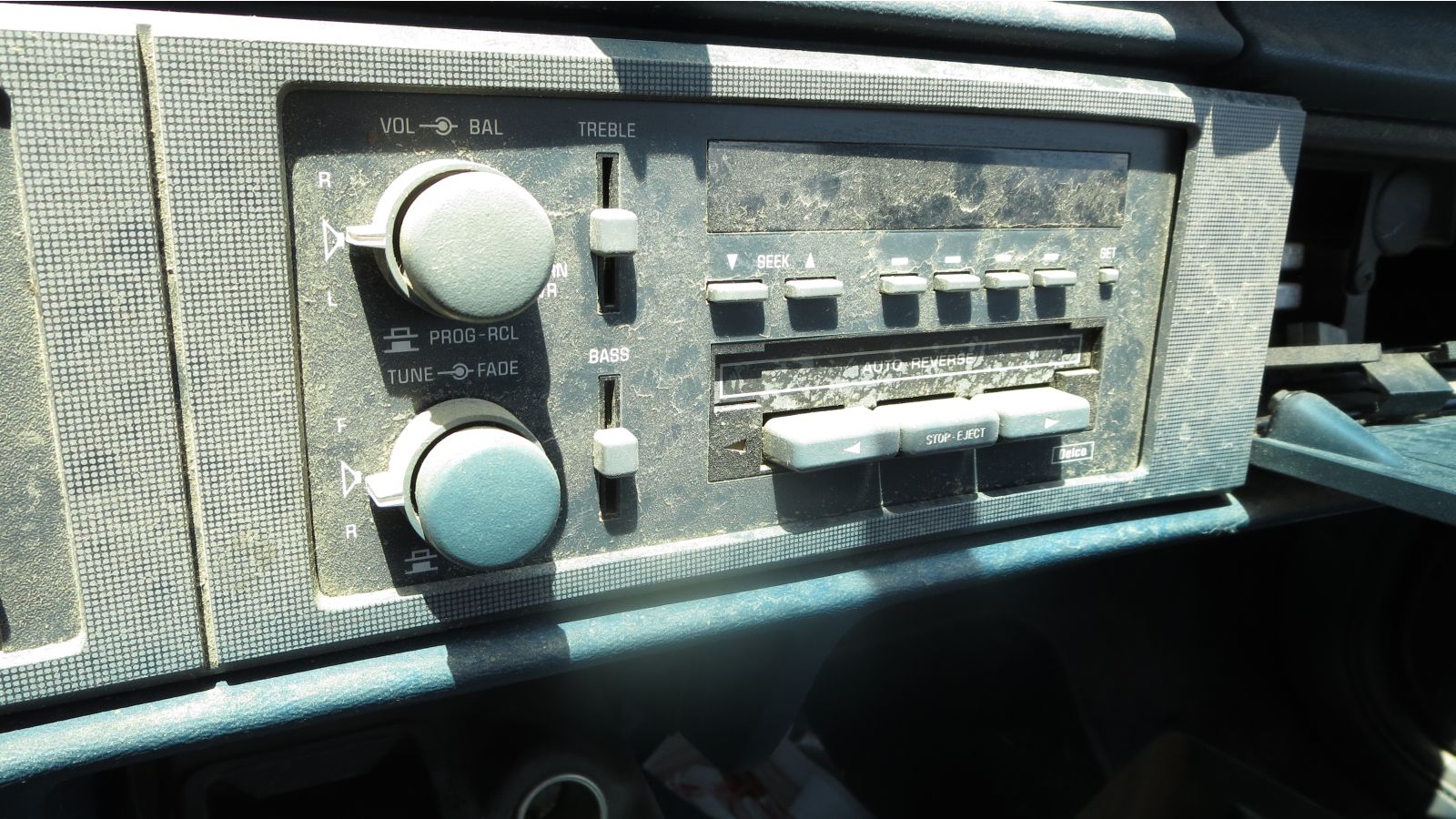 AM, FM, and cassette. Not only that, but the auto-reverse feature meant that your mixtape cassette wouldn't stop right in the middle of your favorite Roxette tune.

Even the wretched Daewoo-built Pontiac LeMans gets more screen time than the forgotten 6000 in this 1991 TV ad featuring the voice of Captain Picard.