More power and torque but higher efficiency in a lightweight four-cylinder package.

Infiniti will release the world's first production variable-compression engine when it releases the 2019 QX50 midsize SUV sometime next year. Now we have some new details on the innovative new engine, which Infiniti is calling VC-T, for Variable Compression Turbo, after the luxury brand offered a prototype test drive.

We wrote extensively about the complicated technology underpinning the new engine last year. It's the latest novel development that could represent a range-extender, if you will, for the embattled internal combustion engine in an era when automakers and governments are shifting their focus to electric vehicles.

The VC-T is a new inline-four, 2.0-liter that combines the power of a high-performance turbo gasoline engine with the torque and efficiency of an advanced diesel engine, but without the latter's notorious emissions. It features the ability to seamlessly raise or lower the stroke of the pistons in the combustion chamber, depending on the driving conditions it detects and inputs from the driver, to select the best compression ratio—anywhere between 8:1, typical for high-performance engines, and 14:1 for high efficiency. In essence, it delivers the performance of a V6 but is much more efficient, with improved fuel efficiency of between 10 to 15 percent with its best competitors, per Car and Driver. You can view how it works in motion via the video below.

It's also quieter, more lightweight and compact than V6 engines with comparable power outputs, estimated at 268 horsepower and 288 pound-feet of torque.

In a prototype test drive, Car and Driver writes that the engine "felt very conventional" and responsive, with strong and smooth acceleration. "The only indication you have that the compression ratio is changing is from an indicator in the instrument cluster next to the boost gauge."

The engine is expected to deliver fuel economy gains of 27 percent in combined city-highway EPA rating over the outgoing QX50, which had a 3.7-liter V6. The 2019 model, fitted with the VC-T, should get about 26 mpg in combined fuel economy, and it will get to 60 mph almost one second faster than its four-cylinder counterparts, Nissan's chief powertrain engineer, Shinichi Kiga, told Automotive News.

The VC-T engine is the result of 20 years of development spanning more than 100 prototypes and around 300 patents at Nissan. It hinged on parallel advances in engine-control technologies and the company's invention of the multi-link technology, which raises and lowers the pistons, in 1998. The VC-T features both port and direct fuel injection, the latter of which helps prevent against premature combustion in the cylinder, plus variable valve timing and a four-circuit cooling system. All feed information to the engine's computer, which runs an electric motor that operates the actuator arm that adjusts the piston travel distance and compression ratio. The company says the engine is now in the final stages of development on real roads.

The VC-T will be the only engine option for the 2019 QX50, and it will require premium-grade gasoline. It will also be available solely with a continuously variable automatic transmission, per Automotive News. 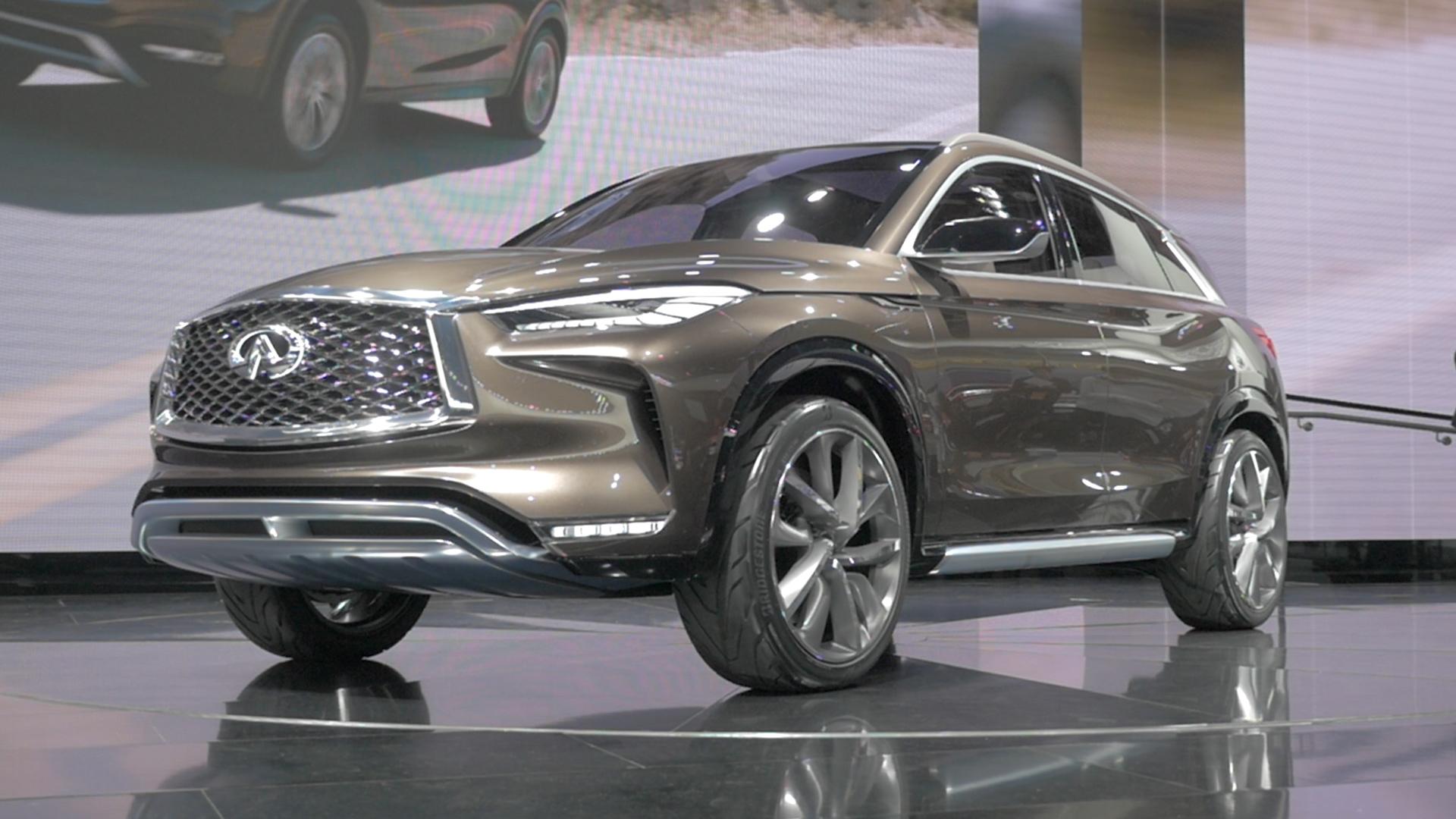