'Need for Speed Payback' | Improved in almost every way

About two years ago, Ghost Games and EA Games released a reboot of the "Need for Speed" series with a title of the same name. It borrowed heavily from the " Need for Speed Underground" and " Most Wanted" games featuring an open world, deep customization, police chases, and arcade handling, while adding a dose of current car culture with various automotive heroes (i.e. Ken Block, Magnus Walker, etc.). Overall, it was plenty of fun, but had a large number of quirks such as a lack of manual transmission, an online requirement even when playing solo, and a rough physics engine. Now we get our hands on the game's successor, " Need for Speed Payback." Though the premise and setting are new, it is very much a continuation of the previous game in spirit, one with many improvements — but a few new issues.

Let's start with the improvements. One of the most obvious is the better handling system. In the previous game, cars felt quite stiff and prone to understeer. Front-drive cars were especially bad in this regard. And when the cars weren't plowing forward, they snapped into wild smokey drifts. This would have been all right, but it was usually necessary for navigating turns and often scrubbed off too much precious speed. In " Need for Speed Payback," this driving method has been thoroughly refined. Cars can turn tighter and more responsively while maintaining grip. They still understeer a bit more than we'd like, but it's much better. And the drifting that's often necessary no longer seems to scrub off much, if any, speed.

The updated physics are also complemented by a map that supports the way the cars drive. Roads are extremely wide and frequently have a lot of runoff, making it so that you won't be crashing and riding walls as much. Another noteworthy improvement to the driving experience is a manual shifting option right from the get-go. Thankfully, it also doesn't require using the right analog stick, as the previous game required in an update.

Another major improvement is in the number of cars and visual customization. As mentioned previously, the car list in " Payback" isn't massive, but it does manage to hit highlights from every genre of automobile, and the list has expanded from the previous game. There are some odd absences, such as a complete lack of road-going Toyotas ( "Forza Motorsport 7" has the same issue), and no current WRX or Type R, but they aren't dealbreakers. The visual customization, as deep as it was last time, is even deeper now. Nearly every car can have nearly every part tweaked, including lights, bumpers, mirrors, fenders, hoods, trunks and wheels. There are some new "vanity" parts available such as different colored tire smoke, nitrous flames and underglow. 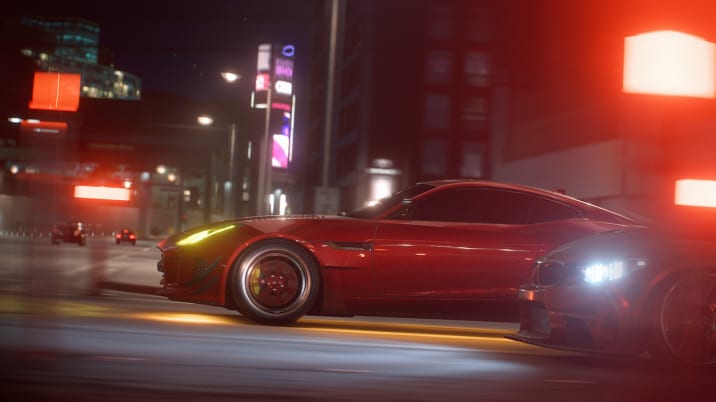 The variety of events is also greatly improved. The previous game's selection only consisted of races, drifting, and police pursuits. In " Need for Speed Payback," the races themselves are more varied thanks to the inclusion of off-road events. There are also various free-roam challenges that can be activated simply by driving through them, such as speed events, jumps and drifting challenges. Exploration is encouraged through the inclusion of billboards to smash a la "Burnout Paradise," and "derelict" barn-find cars and floating poker chips to find throughout the world. The chips tie in with the game's Las Vegas and gambling theme. You'll never run out of stuff to do in the game. And all of these races and missions can be played and completed without having an internet connection or being connected to the server.

Visually, " Need for Speed Payback" is slightly above par compared with its pretty predecessor. Unlike that game, " Payback" takes place in a bright Las Vegas look-alike, rather than a perpetually dark and rainy locale. Time changes from day to night, and during the day it's beautiful, with detailed rock formations you can see for miles. The cars always look highly realistic, too, no matter the modifications. We are disappointed there still isn't an interior view, though. We also noticed a number of instances in which it took awhile for textures and detailed models to fully load. Once loaded, everything looked great, but for longer than we would like, the game could look a generation old in the graphics department.

The story is another area that isn't necessarily better or worse, just different. In the last game, there wasn't any narrative beyond becoming the best racer in every event type and meeting your automotive heroes. This time, there's a story about a corrupt gambling group called "The House" taking over the city and street racing, and apparently the way to defeat it is to win a big racing championship. It's as corny as you would imagine, and you probably won't care a whole lot or you'll even forget much of the story. It's a generic and cliché story conveyed by equally generic and cliché characters. The worst are Tyler and Jess, who are taking things a little too seriously. The most appealing character is Mac, who is just out to have some fun along the way. But the important thing is that the story doesn't bring down the driving part and isn't given more focus than it deserves. 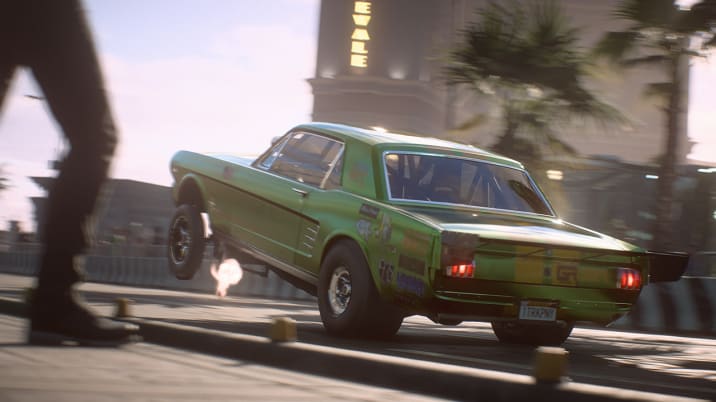 Another interesting change is that you can only use specific cars for specific events. When buying a car, you have to decide whether it will be a drift, drag, "runner" (for pursuit events), off-road, or plain race car. Fortunately almost any car can fit one of these builds. It also seems to affect the way the cars drive. Drag cars are terrible at taking corners, drift cars are really oversteer-oriented. We wouldn't say it's good or bad, unless you just wanted to build one single car. Now if you only want to drive one car, you'll need five versions of it.

Now that we've covered the good and the neutral, it's time to take a look at " Payback's" problems. One of the biggest is the performance customization. As opposed to the great visual customization, for some reason the developers dumbed performance customization way down and made it a crapshoot. You see, you can't just go buy upgraded brakes or suspension to improve handling, or bigger turbochargers and intercoolers for more power. Now you have six slots with generic performance names that can have a part card assigned. These are different levels and different fake brands that can adjust all aspects of performance including power, torque and brakes, despite the slot not necessarily being named after any of those. These cards are available to buy or trade for at tune-up shops, but the selection is always random. Some of the cards will help, some will hurt, and they can only go in the slot named on the card. It's annoying and frustrating, especially for someone who likes fiddling with these little details. And considering the level of visual customization on display, the game seems to be appealing to fiddly car enthusiasts.

This card system also plays into the microtransaction portion of the game, another disappointing aspect of " Payback." These cards are purchasable with credits won from races, and can be won in races. But they can also be obtained by buying "shipments" using real money. These "shipments" include a random vanity part, credit bonuses, and part cards to trade-in for upgrades. The one upside is that you can earn a few of these shipments by completing some of the free-roam activities, and it is possible to ignore the microtransactions and shipments altogether. In this editor's playthrough, there was never an instance in which a shipment purchase seemed necessary.

Despite some quirks and questionable gameplay decisions, " Need for Speed Payback" is still a thoroughly enjoyable game. Its customization is excellent, it's packed with events of all kinds, it's one of the few games out there that is fine with arcade driving, and it addresses many of the issues of its predecessor. The game is definitely worth checking out, especially if you're looking for a break from all the strait-laced driving simulators.