We talk to the man beating Tesla to the punch by electrifying the truck world.

In 2013, AMP Motors went from being a company converting traditionally powered vehicles to electrification, to being an OEM, essentially overnight. As Workhorse CEO Steve Burns told Autoblog during a phone interview, a company called Navistar got in trouble with the EPA, fired their CEO and "just had a fire sale and started selling off everything that was non-core to their core business. And one of them was this Workhorse facility," located in Union City, Indiana. "So we bought the brand and the intellectual property, and the plant, and everything. One shot."

Several years later, AMP is now called Workhorse Group, and that plant in Union City will build the first mass-produced electric pickup truck, the Workhorse W-15. That's assuming the company stays ahead of the likes of Tesla, which has plans for its own EV pickup. As a refresher, the W-15, unveiled in May of this year, is technically a plug-in hybrid. More specifically, it's an electric vehicle with a gasoline range extender. On a full charge, it can do 80 miles on electric power, and achieves 32 miles per gallon highway and 28 mpg city when using the gas motor. Its dual electric motors provide 460 horsepower, and push it from 0-60 miles per hour in 5.5 seconds. It can carry 2,200 pounds of cargo in the bed, and is rated to tow 5,000 pounds. Its battery also helps to serve as a mobile power supply, and a 7.2-kilowatt, 30-amp outlet on the side can be used to power tools or other equipment.

For Burns, building the first electric pickup (unless you count the tiny, unsuccessful runs from Ford and Chevy) is a task that carries a lot of "gravity." "Pickup truck is the No. 1 vehicle," he said, "No. 1, No. 2 and No. 3 best-selling vehicles in America — and there isn't even a mild hybrid pickup truck. And so we figured it's not going to come from the incumbents."

In spite of Tesla's intentions, Workhorse isn't sacrificing security for haste. That's why the company has been taking preorders to gauge the demand for a PHEV pickup. "We couldn't build it and hope they came. We wanted to make sure there was an audience of customers." 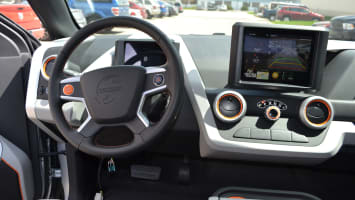 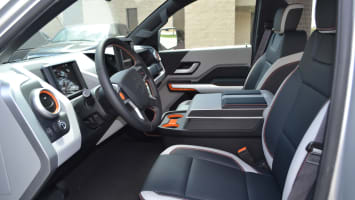 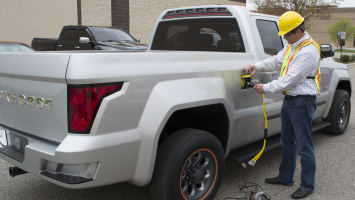 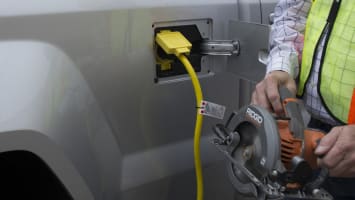 But they sure came. Workhorse has almost $300 million worth of preorders for the W-15 (and already had 4,650 letter-of-intent preorders when it was unveiled in May), which it plans to begin building in late 2018. "All fleets" so far, Burns said. "We're just doing fleets, to start. We do have an immense amount of individuals that have written us and want it, but we haven't gone that route yet."

So, of course, we asked, will Workhorse go that route?

"Pickup truck is the No. 1 vehicle — No. 1, No. 2 and No. 3 best-selling vehicles in America — and there isn't even a mild hybrid pickup truck. And so we figured it's not going to come from the incumbents."


"Yeah," said Burns, "I think we will. The demand is so strong, and I think fleets will let us cut our teeth in kind of a controlled environment. Then we'll probably open it up to individuals to place preorders, kind of like a Tesla. Put money down on a credit card, something like that, just to hold their place in line and to make sure the demand is what we think. And then, maybe in '19 – late '19 — start filling those orders after we get through the fleet orders."

But why the range extender? Why not go pure electric? "The thing with pickup trucks," said Burns, "is they're kind of different than a passenger vehicle in that suddenly they can double their weight, right? They can tow something heavy. They can throw 3,000 pounds in the bed. So whatever range you thought you were going to get really can be diminished very quickly, and we think people would be disappointed." Workhorse's customers — fleets — sometimes need to do more than 80 miles a day, or carry a big payload, and the range extender is an " insurance policy" for them. Also, it allows for a smaller battery pack, which helps keep the price down. 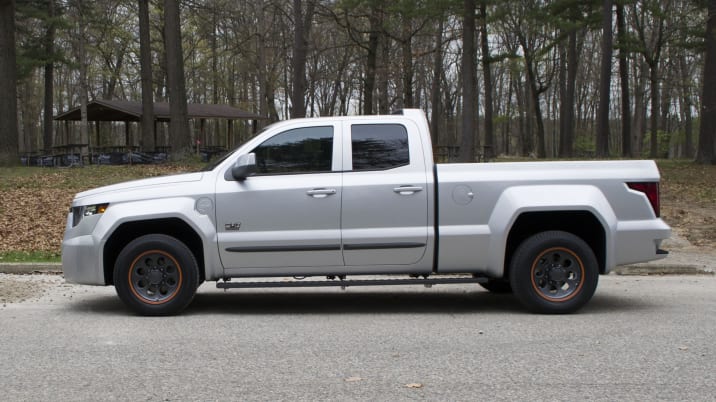 Speaking of which, the W-15 will cost about $52,500. "When you say $50,000 for a pickup truck, a lot of people say, 'Well that's a normal pickup truck,'" Burns said, the kind an everyday consumer would purchase. "Fleets are usually buying really stripped-down ones that are less expensive. But the fact that these people have ordered these tells us, at that price point, they see where the curves cross. It's a little more than a Ford F-150 gasoline truck out of the gate, but it quickly pays for itself in gas and maintenance savings."

In preparing to launch the W-15, Burns has been spending a lot of time in Detroit. That's where a lot of its parts will be manufactured before being shipped to Union City for assembly. Burns spoke of the city and its "gung-ho folks" with reverence. "I've come to think of Detroit as just a magical place," Burns told us. "Anything you need, you can get built there."

As busy as Steve Burns may be with the W-15 (which he referred to as "the most complicated thing we've done"), Workhorse has a lot of other projects in the works. The company also continues to build electric delivery trucks, and is competing to provide the U.S. Postal Service with its next mail truck. Workhorse also recently demonstrated an automated delivery drone that launches from the roof of a UPS truck. The company is also taking on the challenge of building a personal hybrid flying machine. We talked about all those projects with Burns, and will follow up in separate post soon. 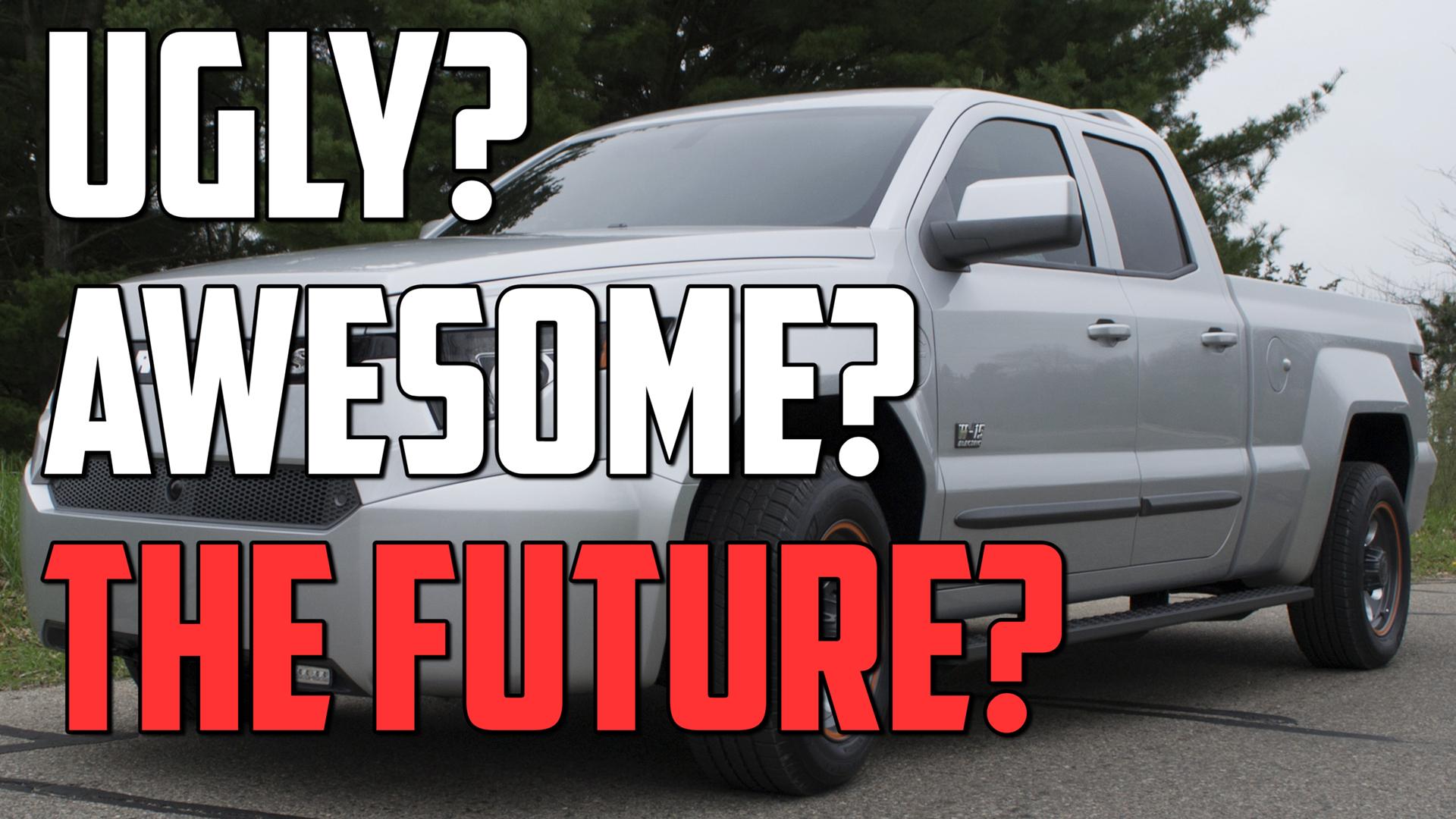