A first-generation Cougar (aka: the good one) now completely used up in Colorado.

The plot of the Mercury Cougar story took a lot of strange twists and turns during its 35 or so years, from ponycar to immense luxobarge to family sedan to station wagon to Integra competitor. Examples of the first Cougar generation are nearly extinct in American wrecking yards, so I was excited to spot this one in Denver. 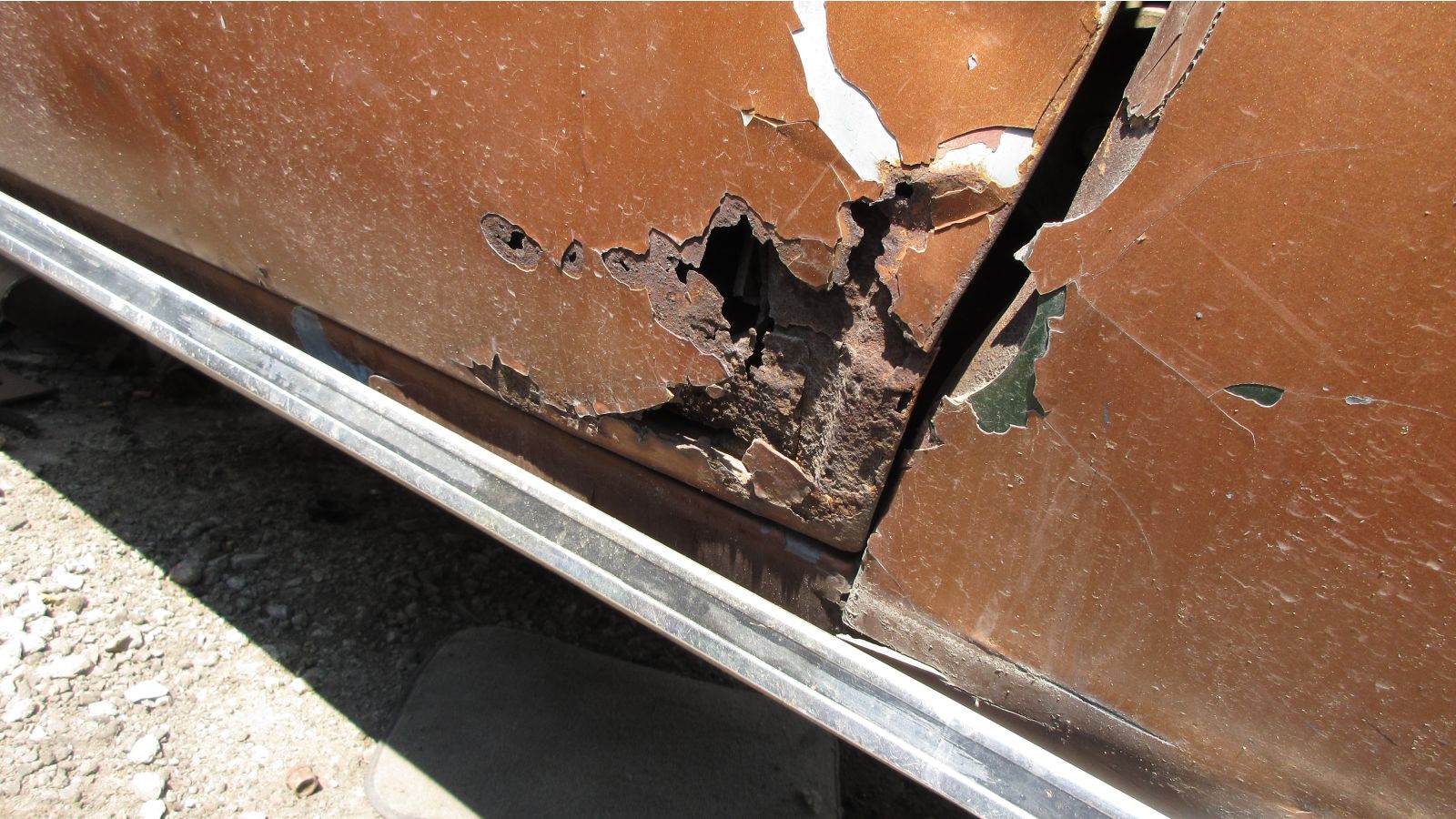 Lest you shed any tears over this car going to the crusher, know that it was suffering from the ravenous teeth of the Rust Monster long before it got here. 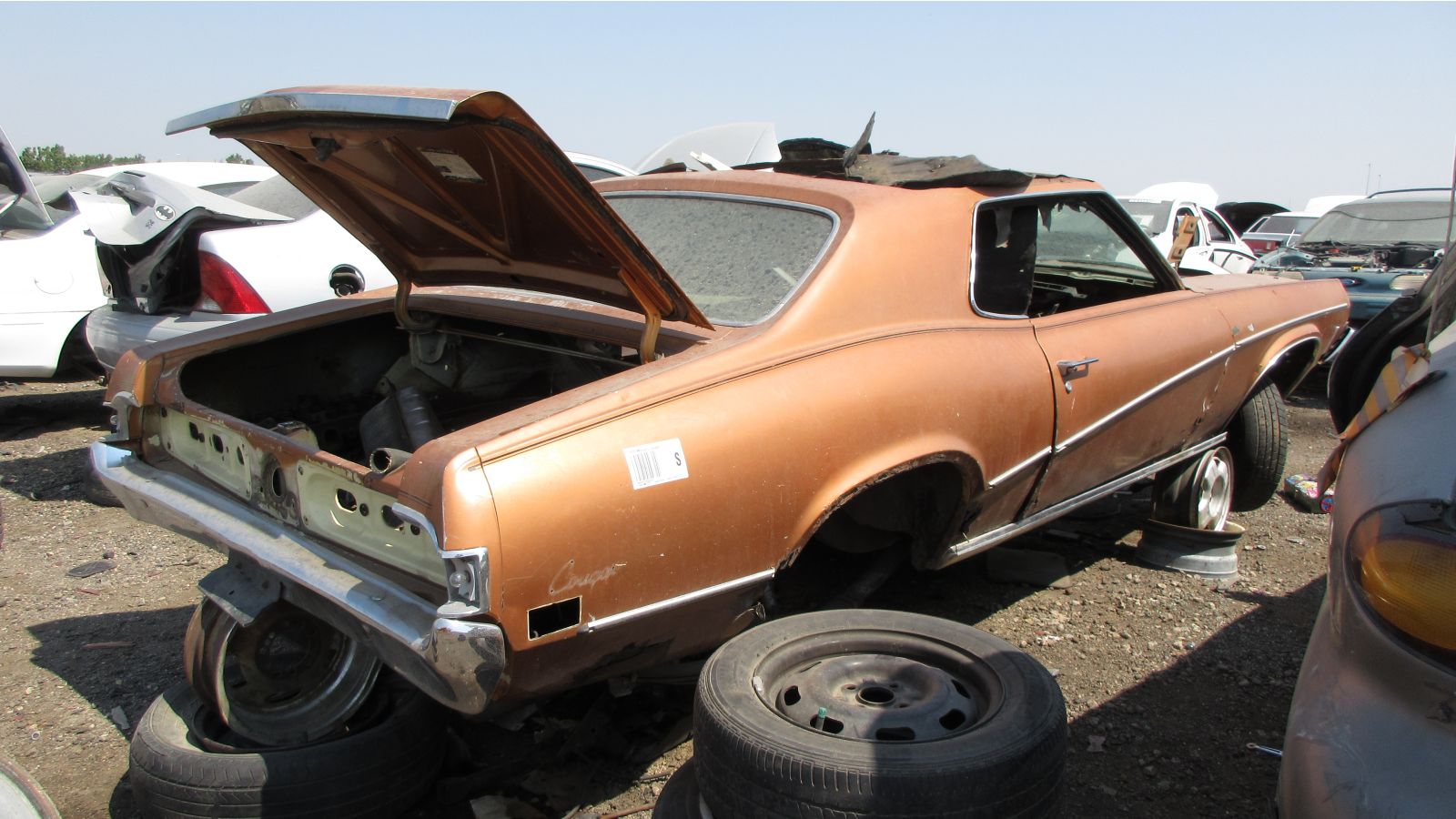 The 1967-1970 Cougar was based on the Mustang platform of the same era, and so it was a sleeker and quicker cat than its successors. Still, the longer wheelbase, extra equipment and all the cool-looking bodywork added some heft; the 1970 Mustang hardtop with V8 scaled in at 2,923 pounds, while the 1970 Cougar weighed 3,307 pounds. The current Ford Focus would fit just between those two weights.

There was also a mid-cycle refresh in that era, with the '67-'68 and '69-'70 having different exterior styling and interiors. The '69 and '70 had different front end styling as well, with the latter re-adopting the vertical grille slats featured on the earlier model years. The '69 has horizontal slats. 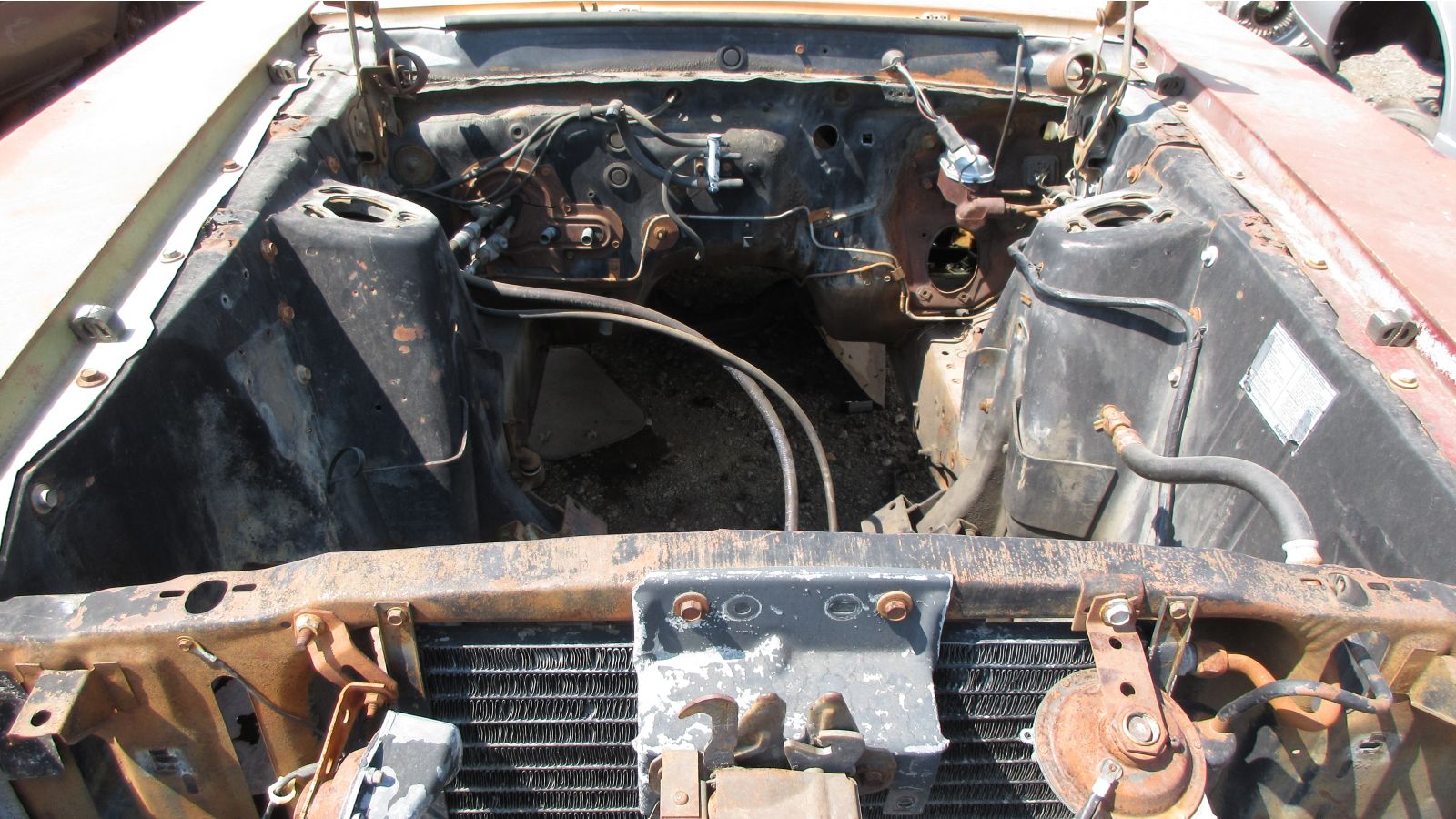 The drivetrain and just about everything else of value has been shorn from this car, perhaps before it arrived in this yard. In 1970, a bewildering assortment of V8 engines was available in the Cougar, including a Boss 302, two completely different 351s, and a 335-horse Cobra Jet 428. The base engine was a 351 Windsor making 250 gross horsepower. 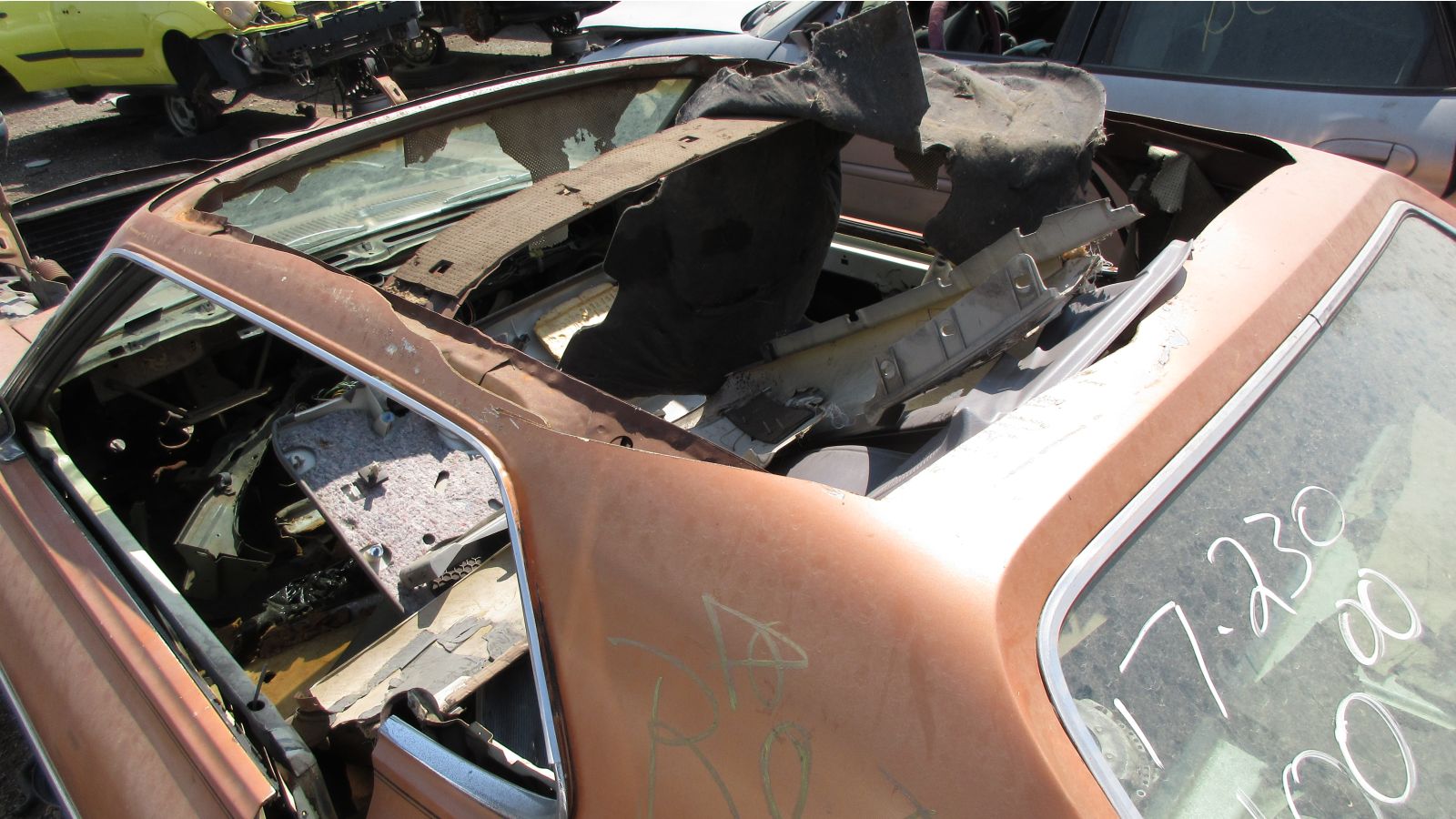 Since car rooftops mostly don't rust, why would someone cut out this one? Sheet metal needed for patching a leaky shed roof, perhaps? 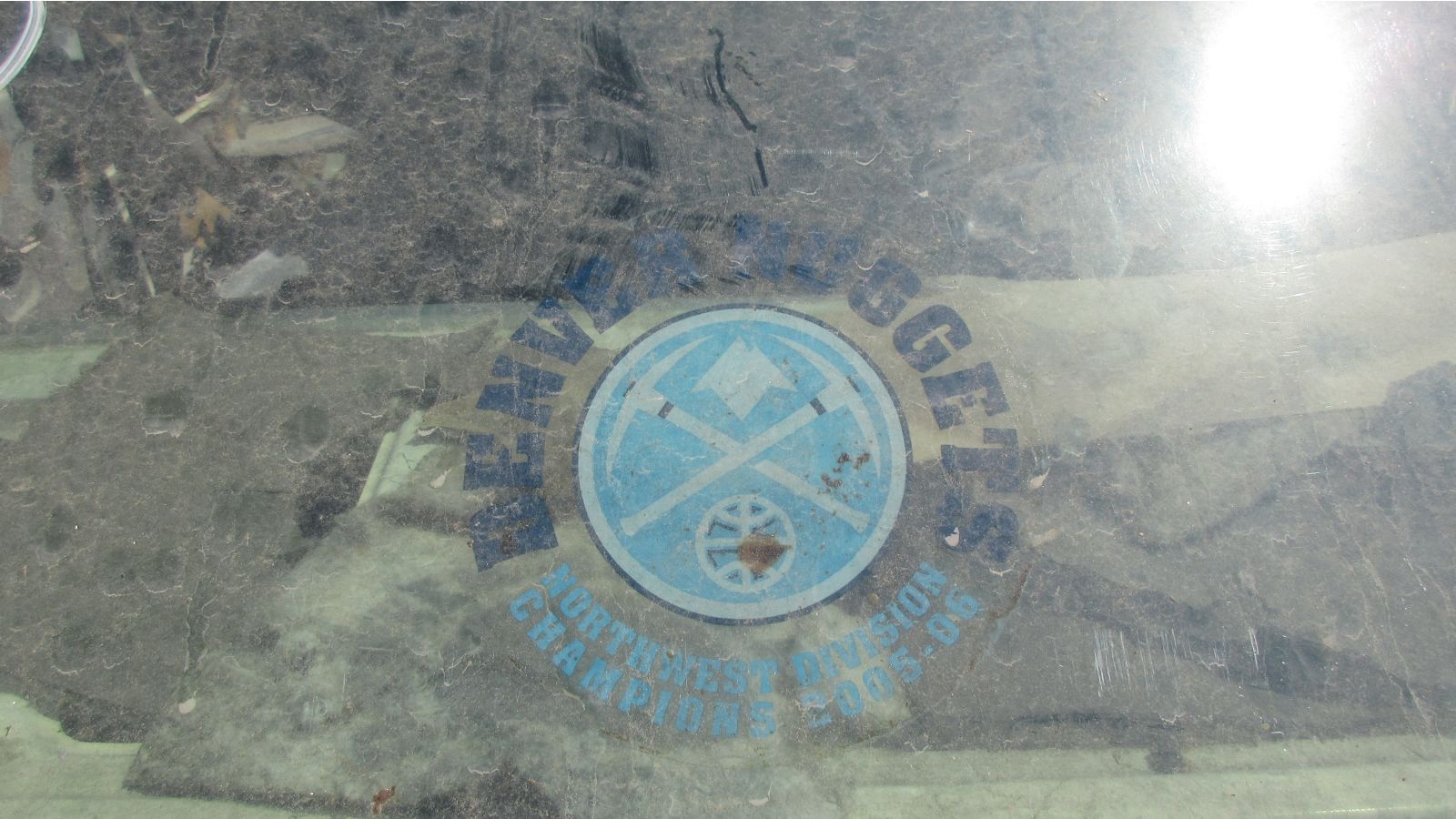 This 2005-2006 Denver Nuggets window sticker indicates that the car was on the street (probably) as recently as 11 years ago.

It's savage. It's cool. It's primitive. It's sleek. It's wild. It's elegant. Password for action in the 70s!