Honda brought balance to this year's Consumer Electronics Show with the Riding Assist self-leveling motorcycle. Honda engineers reworked the front end of the pliant, compact frame of an NC 700, installing an evolution of the self-balancing system used on the Honda UNI-CUB to create a bike that remains upright without assistance from the rider. The Riding Assist didn't use gyroscopes; a new brain managed a steer-by-wire system and a few electric motors that turned the front wheel, changed the front-end geometry, and enabled an autonomous mode. For this month's Tokyo Motor Show, Honda's bringing the next step in the tech: an electric version called the Riding Assist-e.

At the moment, we don't have any specs on the electric powertrain, but we do know that it's wholly separate from the robotic, self-leveling system. The under-seat electric motor likely sits above the battery, is cooled by a rear-mounted radiator, and is charged via a port on the left side of the bike. A driveshaft in the single-sided swingarm turns the rear wheel.

Segregating the Riding Assist-e electric propulsion from the electric balancing could be Honda making a statement about the self-balancing system's versatility. Taking up space only in the front end, the balancing mechanicals could serve in any motorcycle, with any powertrain, that has enough room up front. Using the NC 700 as a donor bike during CES was likely no accident, that two-wheeler specifically developed as a golden mean for new and returning motorcycle riders seeking an easy steed. As for where else self-balancing might suit big clientele, Honda PR said during CES that, "We're also thinking about if we could use this technology on big bikes like a Gold Wing." (Remember, the Gold Wing is expected to get a media reveal just before the Tokyo Motor Show.)

We'll know more in a few weeks, and we'll have news on Honda's other Tokyo goodies like the Super Cub C125 concept, an anniversary Super Cub 110 celebrating production of 100 million Cubs, and a Monkey 125 concept. 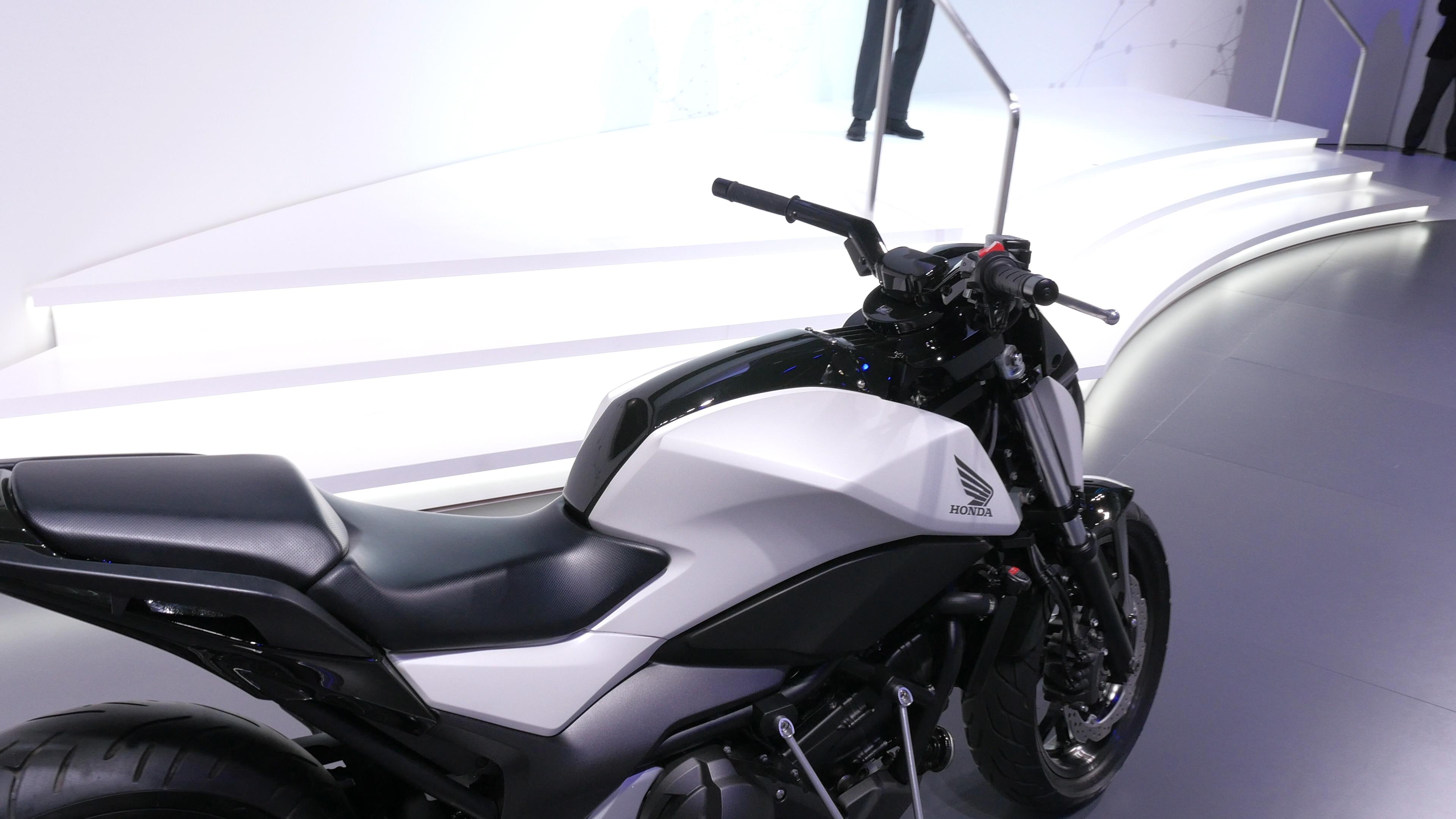