Overdrive is a car heist film of multi-million dollar proportions

The main target is a Ferrari 250 GTO.

Joel Stocksdale
We've had a wealth of average to excellent car-related movies this year. We've had the eighth Fast and Furious film, a movie about a heist surrounding a NASCAR event called Logan Lucky, and the musically-flavored getaway driver movie Baby Driver. Now we can add one more to the list. This is yet another heist movie, and this time it's about stealing the cars.

It's called Overdrive, and with the car theft angle, it seems to be a mix of Gone in 60 Seconds (probably more like the Nicolas Cage remake than the '70s original) and the Fast and Furious series. We bring up the latter because the trailer shows off some pretty absurd stunts, like breaking into a semi on the highway, and driving over a crumbling bridge. There's also the fact that the writers of 2 Fast 2 Furious are behind this film. But hey, at least they're not crashing cars through skyscrapers or escaping rivers of hacked cars. 
The car selection for this movie is particularly high-class and high-dollar. In the opening of the trailer, and in the exclusive movie stills above, you can see the main characters trying to make off with a Bugatti Type 57 Atlantic, a car that has seen sales of over $30 million in the past. At some point, those same main characters have to secure an even more valuable Ferrari 250 GTO. One of those sold for over $38 million. Mixed in with these ultra-rare machines are classics such as a Porsche 356 and Ferrari F40, as well as more modern machines like a Civic Type R and a Porsche 911. If a bunch of sweet cars and fast-paced driving sound good to you, consider checking out Overdrive when it hits theaters, digital HD download, and on-demand on October 6. 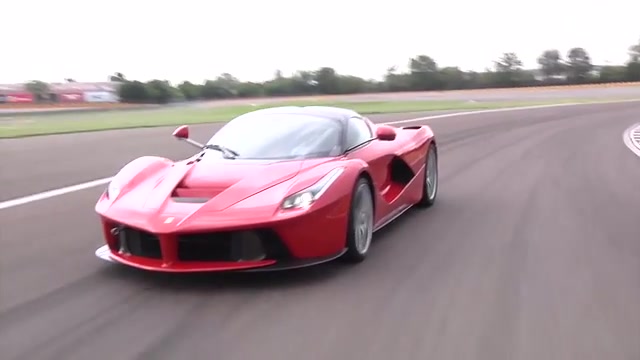