With new iterations of midsize sedan staples such as the Accord and Camry on the way to dealership lots, the segment will be tougher than ever before, so it's a good thing that Nissan is finally replacing its aging Altima. We know this because one of our spy photographers caught an Altima prototype running around, and it wasn't well-covered.

Because of the mild camouflage, we can tell that the new Altima pulls many cues from its bigger Maxima sibling. The deep front grille extends all the way through the front bumper and into a chrome V-shaped lower section. It looks a little like the treatment on the Vmotion 2.0 concept, but with a conventional open grille. Other similarities to the Maxima include the floating roof motif at the D-Pillar, highlighted by the swoopy sheet metal just behind the windows on the rear doors. Looking closely, you can also make out the contour of the tailllights, which stretch forward along the car's haunches much like the Maxima.

There are some departures from the look of the Maxima. The bigger sedan is curvy, muscular, and organic. This Altima has more straight lines and smooth planes. It's a little more conservative and likely to be more pleasing to the broad market of midsize buyers.

The next Altima's interior doesn't look particularly adventurous, but as we've established, that's not necessarily an important thing in this segment. It has a pretty typical tablet-style infotainment system, but we're relieved to see volume and tuning knobs. This particular model also has an attractive automatic climate control system at the base of the center stack. Everything looks tightly fitted and of solid quality.

Nissan hasn't said anything about when we'll see the new Altima, but considering how close this car looks to being production-ready, we think we'll see it make a debut during this auto show season, with deliveries following close behind. We're not sure what engines will be under the hood, but there will definitely be at least one four-cylinder, possibly naturally aspirated or turbocharged. It's possible Nissan could use a more powerful turbo four for higher-trim models, but we wouldn't rule out a V6 either, since Nissan has a few V6s from which to choose. Plus, as Toyota demonstrated with the Camry, V6s haven't seen their final days. That engine would also probably be connected to a CVT, just as all current Altimas are. 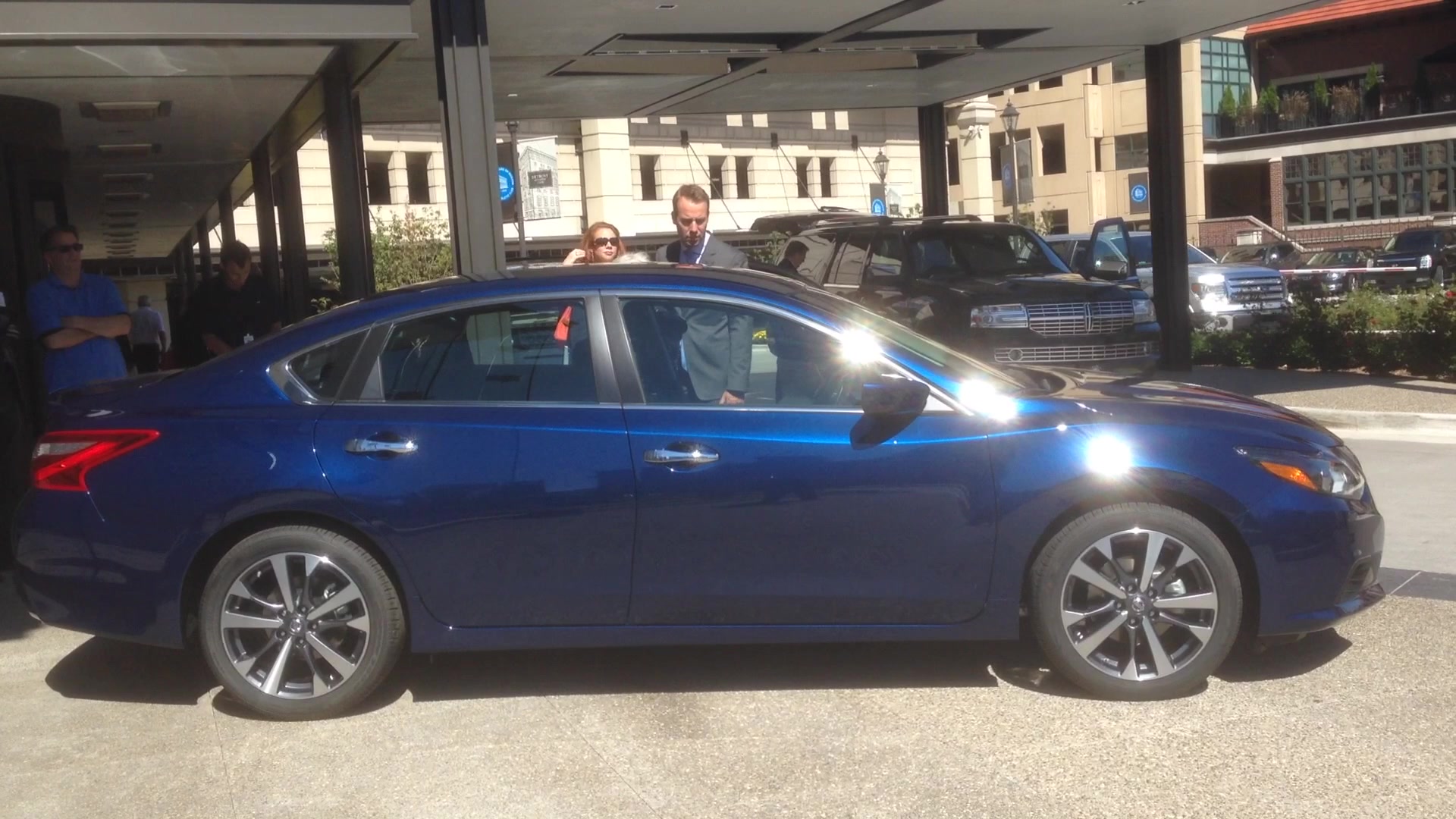