Joel Stocksdale
Once again, Mercedes is taking a Vision concept to the Pebble Beach Concours this year. To start generating excitement, the company has released a teaser trailer for the car, and effectively no other information. But we think we've pieced together what the car is.

Let's look at the video first. It shows a voluptuous blue body. It's all curves and clean lines inside and out. It also has an impressively prodigious prow with a proud three-pointed star at the front. The interior is all white with very little detail, and in addition to chrome, there are many copper trim pieces. There appear to be only two seats, too. Toward the end, we see a strip of copper trim on the outside as well, and just before the shot changes, we can see a bit of white interior that indicates this is a convertible.

So we know this is an elegant, luxurious roadster. Is there anything else we can discern? Well, it seems Mercedes may have accidentally revealed the name of the car, or at least what it's based on. The video's file name includes the words " Maybach six." That happens to be the name of last year's Mercedes-Maybach coupe concept. On top of that, there's a striking resemblance between the long, flowing hoods of both cars. So it seems like a pretty safe bet that Mercedes will show the convertible version of that car, which was 18 feet long, and produced 738 horsepower from a quartet of electric motors. We'll find out if we're right when the car is revealed at Pebble Beach. 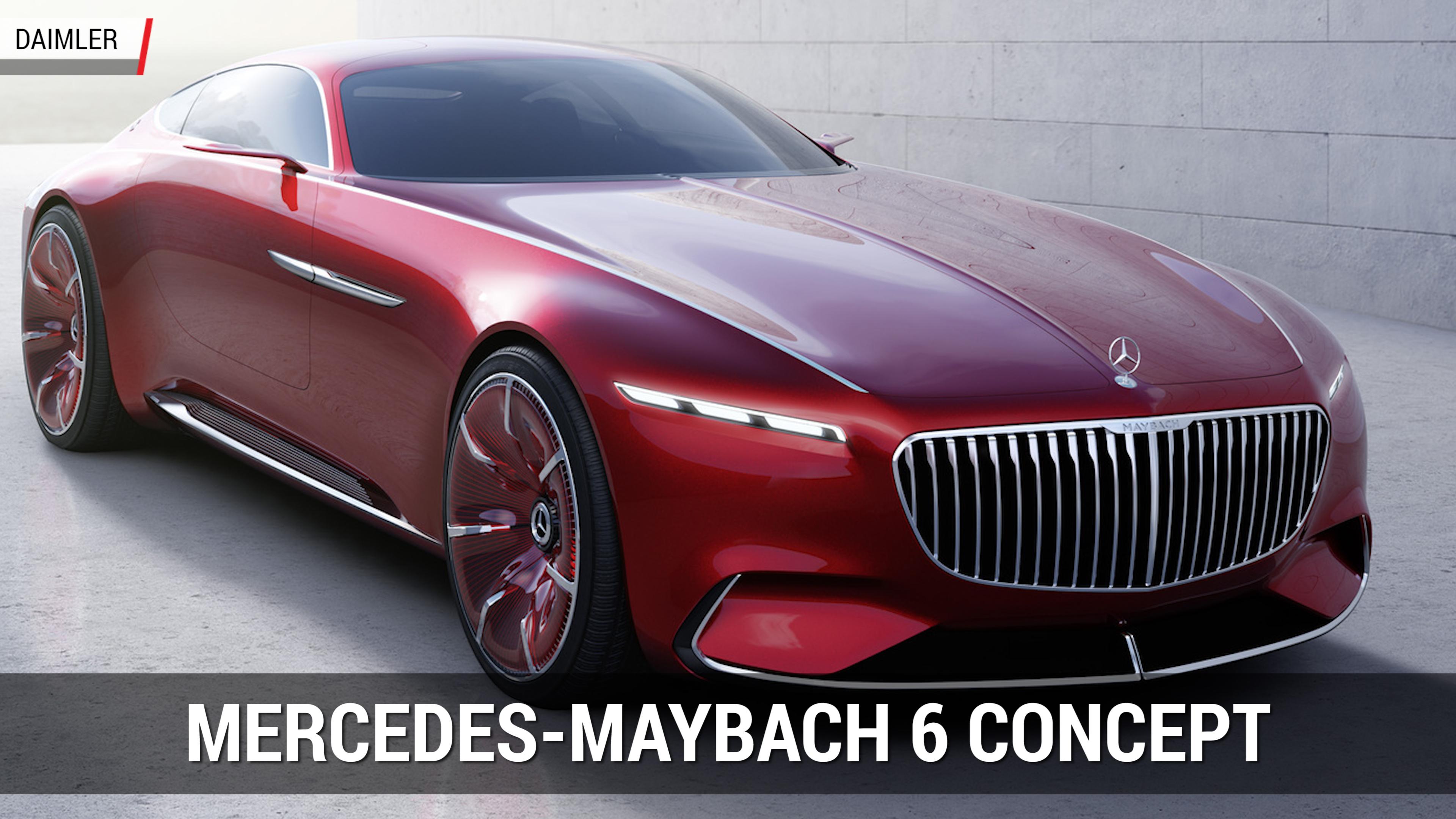