There are nearly 1,000 species of bananas, grown in 150 countries around the world. But if you ask an American to draw a picture of a banana, they'll probably draw a Cavendish, the fruity potassium-rich yellow one that makes up the overwhelming bulk of our national consumption, even though it accounts for only a small portion of the global banana trade. If you live in the US of A, it's probably the only banana you've ever eaten.

Similarly, if you ask an American to draw a picture of a Porsche, they'll probably draw something that looks like a 911, a shape not unlike the offspring of a snail, a scarab, and a smiley face emoji. Like the Cavendish, the 911 is not the brand's best seller, not by a long stretch – Porsche sold nearly four SUVs for every 911 it moved last year. It is iconic, if an outlier.

To a lay person – or even to some purported car experts like us – all 911s look kind of the same: round eyes up front, flared hips on the side, teardrop cabin up top, louvered engine compartment hanging out over the ass, successful divorced orthodontist behind the wheel. But like that musa acuminata, there are numerous lesser-known variants. 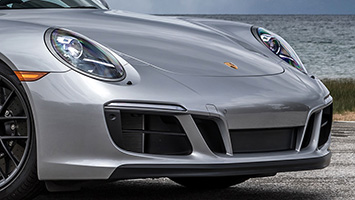 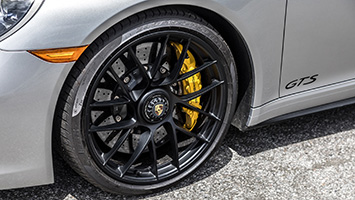 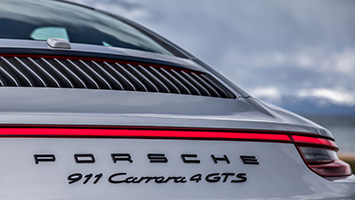 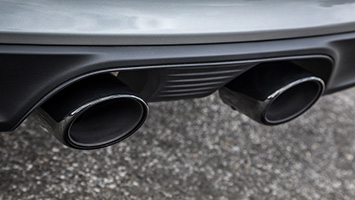 There's a new banana called the GTS, an upmarket, up-powered, wide-bodied, black trimmed, firmer suspended, sport exhausted, stability managed, torque vectoring, basic-pinnacle everyday sports car, which is available in a remarkable variety of configurations: coupe, convertible, targa, rear-wheel-drive, and all-wheel-drive. Outside of the molar-cracking GT3 and the spleen-rupturing Turbos, all 911s careen toward automotive perfection. So if they all taste the same kind of delicious in a smoothie, the introduction of the GTS begs the question, why?

The answer is improbable, given Porsche's notorious profitability and five-figure seatbelt upgrades: Value.

"Much of what you can get in the GTS can be had on a Carrera S, but when you break down the individual pieces of what you get on the GTS, there's a value component, so you're getting more for less than if you'd spec a similar Carrera S." And there are pieces that are unique on the GTS that you couldn't get on a Carrera S even if you wanted it. The center-locking 911 Turbo S style wheels, for example.

If you do the calculations, you get all sorts of optional performance upgrades from the regular "S" model, at about a 10 percent savings, savings that are significant when the base price is $120,700. You'd think that might not be too relevant to people dropping six-figures on a sports car, but it's meaningful enough that the GTS accounts for about 25 percent of 911s sold in the States. 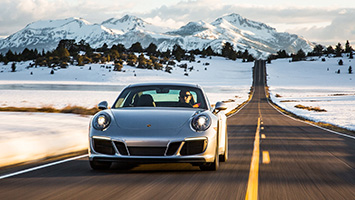 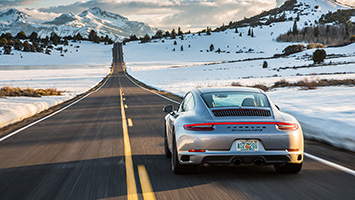 After a day of hammering myriad variants around the mountains, valleys, sprawl, and shoreline around Lake Tahoe, we can guess why. There's nary a bad option in this category – the Jaguar F-Type, Chevrolet Corvette, Mercedes-AMG GT, and Aston Martin Vantage all have their individual and specific charms. But the 911, even after all of these decades, is still something of a startling all-rounder.

It's the only vehicle in its class that can combine superior tractability, all-weather capability, surprising storage capacity, and stunningly competent manual and (especially) automated transmissions with the preposterous excuse of two negligible rear seats allowing it to colonize the identity of family car. In GTS form, it's intrinsic 911-ness is amplified, but never – as in the Turbo or GT3 – deafening. It's not a 'roided brute, it's trim and perfectly toned.

Even if we had the extra $40,000 ransom that the Turbo requires, we probably wouldn't make that additional voyage deeper into forced induction. That car is too much in a field that calls for just right; where are you actually going to use it? But it did get us wondering, fifty-three years into the 911's brazenly overextended lifespan, where can the improbably livable, Beetle-derived, luxo-lump possibly go to prevent it from ending up as a baroque relic, like, well, the current Mercedes-Benz SL? 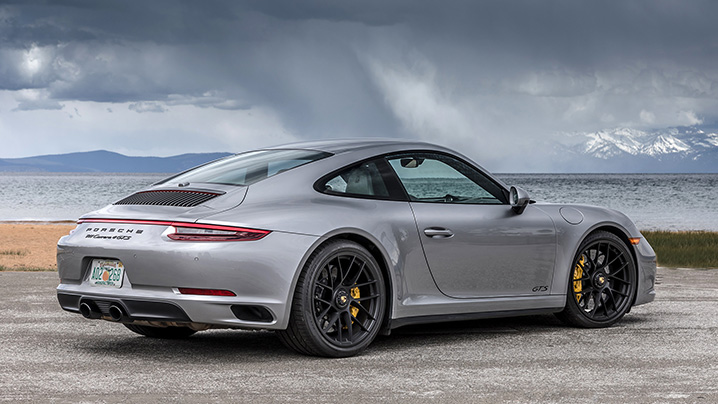 We thought maybe electrification might be a possible way to breathe new life into the platform, but just recently, August Achleitner, Porsche's global head of the 911 product line, confirmed that the development of the model's plug-in hybrid system had been cancelled. And then we considered the possibility of an autonomous 911, providing the ultimate luxury of allowing adults to finally use the car's exiguous back seat whilst the Teutonic marvel drives itself. But then Oliver Blume, the company's global CEO, said that a Porsche will always have a steering wheel, indicating that even as more computer assisted aides like the forthcoming InnoDrive suite make their way into cars, the brand expects that its consumers will still want control.

One other option came immediately to mind, but the Porsche brass put the kibosh on that as well. You remember that James Bond movie The Spy Who Loved Me, where the Lotus Esprit becomes a submarine? "I don't know that the 911will be submersible any time soon," Lennon says. "At least not without major drawbacks to onboard occupants."

So it appears that Porsche is stuck simply extending the innate illogic of their absurdly long-lived experiment, rather than innovating in some larger way. This makes us worry that the 911's end turn may result in a Cavendish-like triumph of a monoculture, squeezing out other potential evolutionary options. We don't dare ask about a rear-engined Porsche banana boat. 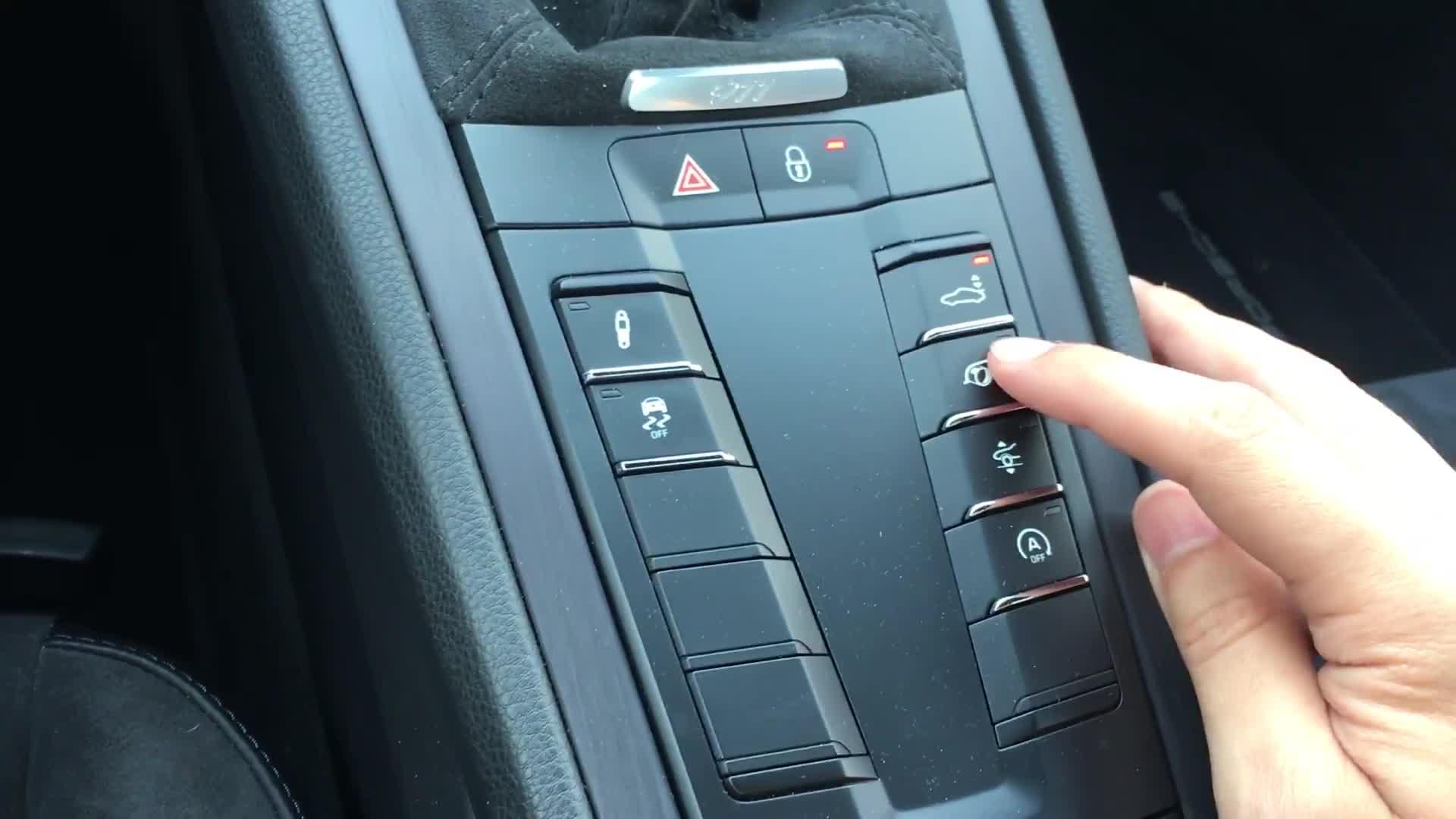