"Jackass not paying attention hit me full on and pushed me into another car."

Sven Gustafson
For this week's entry in New Car Dreams, Shattered, we point you to the tale of Greg Ellingson, a man who flew from Philadelphia to Boston to pick up his sporty new 2017 Honda Civic Type R only to finish the trip home in a tow truck with a wrecked car.

No one was injured in the crash, which took place Sunday on Interstate 95 in Connecticut. 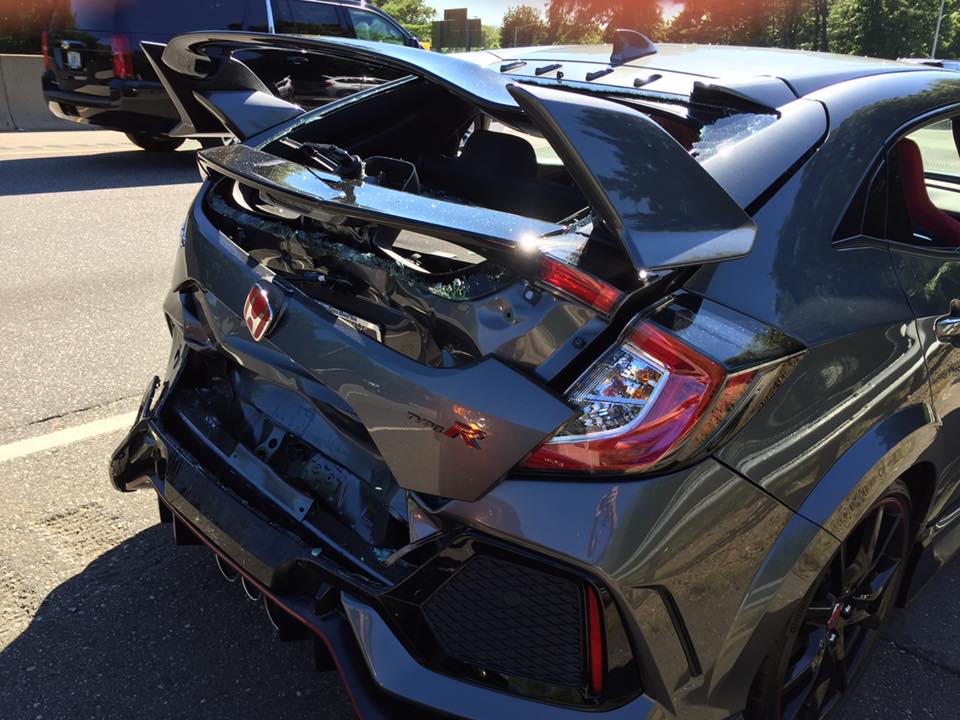 "Jackass not paying attention hit me full on and pushed me into another car," he wrote in a Facebook update that, unlike his badly damaged hatchback, has caught fire. The post, which also included photos of his badly damaged grey Type R, had been shared more than 4,000 times and had attracted more than 1,800 comments as of this story's publication.

Reached by phone Monday, Ellingson, said he was stopped in traffic on I-95 when he paused to change the radio station, was rear-ended by an older man and pushed into another vehicle. He said he didn't see the car coming.

"He wasn't on the breaks when he hit me, he was on the gas," Ellingson said. 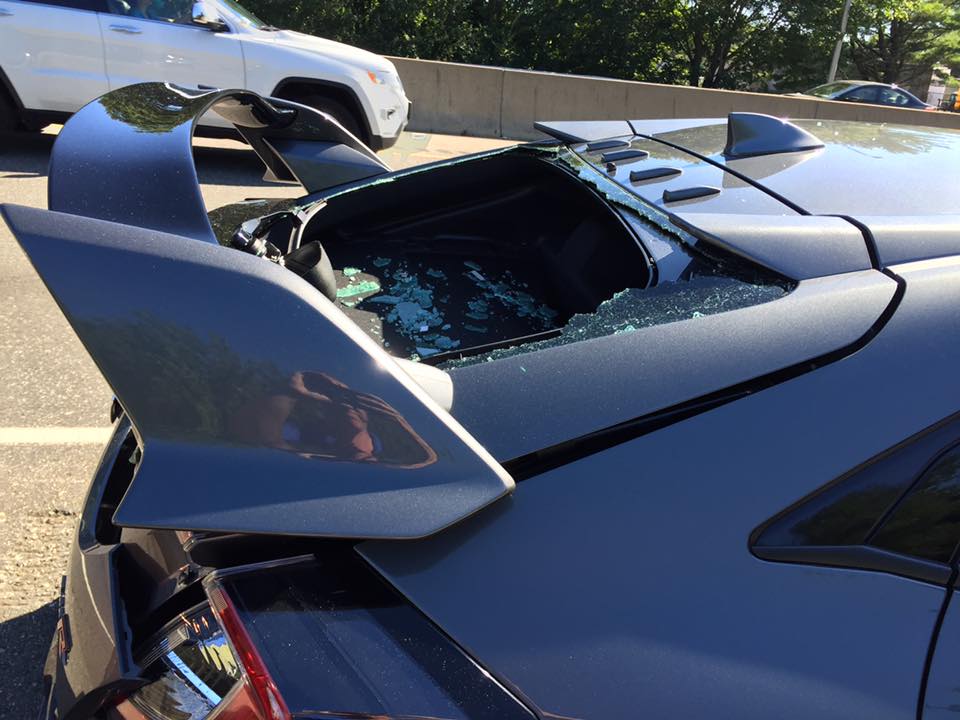 "There was some considerable distance between me and the car in front of me," he said, adding that he had enough time to take his hand off the radio dial and place it on the shifter before he was driven into another car in front of him.

The man who struck him did not appear to be using a cellphone at the time of the crash, he said.


Ellingson had posted an earlier update about his new purchase on Facebook, checking in at Boston Logan Airport on Sunday and announcing he was "Picking up mah new cah." His plan was to drive it home after paying $39,000 out the door.

Ellingson works as a sales consultant for Scott Honda in West Chester, Pa. He said his dealership had sold out its inventory of Civic Type Rs, which have an MSRP of $33,900, and he spent two months trying to find a dealership that would sell him one at a reasonable price.

"There's a lot of effort that went in to just getting the car," Ellingson said. 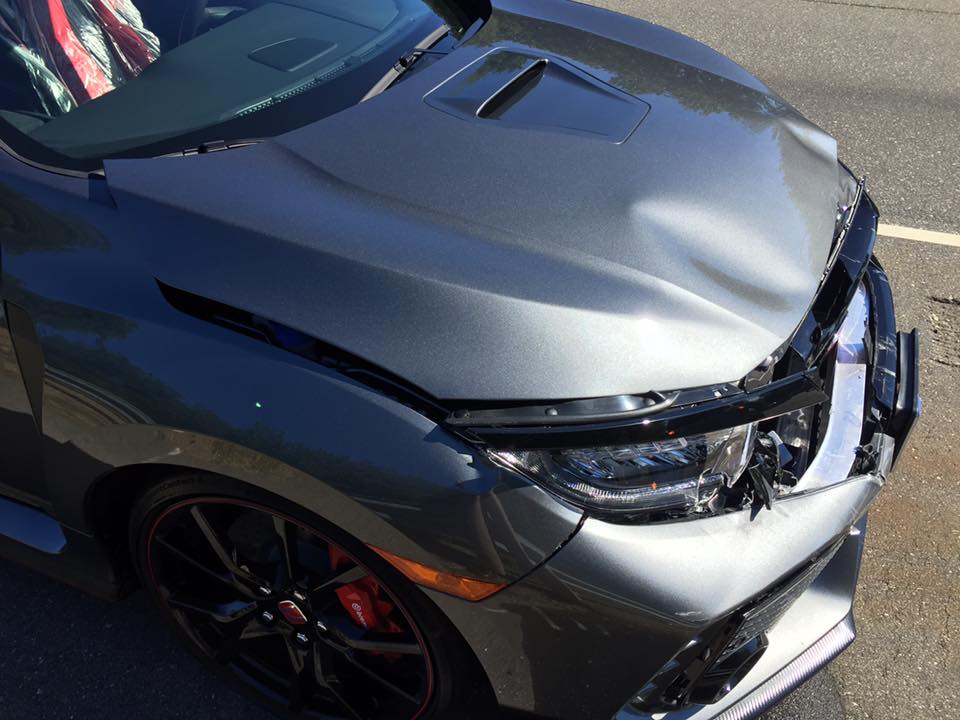 The Type R bears a 2.0-liter, DOHC, direct-injected, turbocharged, i-VTEC inline-four that delivers 306 horsepower and 295 pound-feet of torque. Ellingson's version had a mere 151 miles on it — the odometer was at 12 when he left the dealership — when the crash occurred.

In an update on Facebook, Ellingson was highly complimentary of both the Connecticut State Police trooper who assisted on the scene and Honda Link Assist, which asked him to pull off the road and contacted him to see if he needed assistance.

"Looking back, most importantly I'm grateful my Honda protected me," he wrote. "I came out without even a scratch. I've been selling new Hondas for almost a year now and I read about their safety, I've seen the crash test videos but experiencing it first hand is a whole different thing. The engineers who designed this car did a fantastic job. It took all the brunt and all 4 doors still open!

Ellingson also said he purchased special insurance for the collectors car and expects to be covered in full if the vehicle is declared totaled.

Maybe Ellingson can bond with the man whose Ferrari 430 Scuderia went up in flames last week in England after crashing it just an hour after acquiring it. The driver of that considerably more expensive car reportedly suffered only cuts and bruises.