While Mercedes-Benz may mostly be known for their luxury and performance cars, it's no stranger to capable off-roaders. Since its birth, the G-Class has shined in situations that would leave lesser vehicles broken and stranded. While most owners may never push a vehicle like that to its limits, knowing what it's capable of is half the fun. Engineer Jürgen Eberle decided that the G-Wagen couldn't have all the fun, which is why he mated a set of portal axles to a wagon to create the E-Class All-Terrain 4x4².

Sometimes engineers want to have a little fun, which is how we end up with vehicles like the G63 6x6 and G500 4x4². Like the All-Terrain 4x4², both of those G-Wagens are equipped with portal axles. These special axles put the center of the wheel below the center of the axle, increasing the ground clearance without a big, low-sitting differential. The real challenge was adapting the portal axles to the E-Class' fully-independent suspension.

Eberle simply wanted to see if putting portal axles on a G-Class could be done. After starting the project, all his coworkers supported and helped him along the way. The wide fenders were 3D printed by the rapid prototyping department while a vehicle designer helped with the All-Terrain 4x4²'s matte grey wrap. A worker at Mercedes-AMG delivered a special driveshaft to Eberle in fewer than two weeks.

All the work paid off. The All-Terrain 4x4² packs 420 mm of ground clearance, more than double that of the standard model. It can wade through 500 mm of water before trouble starts. For comparison, the G-Class is capable driving through 600 mm. New suspension components allowed Eberle to mount the portal axles on the independent multi-link suspension. Rubber and polyurethane bushings have been replaced by unibal bearings. The wheels and 285/50R20 tires have been pulled from the R-Class. We think they look much better on the All-Terrain 4x4². The width has been increased by 20 mm to 2.10 meters with a 1772 mm track both front and rear. Straight on, the All-Terrain 4x4² looks wide and mean.

This particular model gets the 3.0-liter twin-turbo V6 from the E400 wagon, a detuned version of the engine that's in the C43 and E43 AMG models. In the All-Terrain 4x4², this engine sends 333 horsepower to all four wheels. The engine is paired with the 9G-Tronic nine-speed automatic.

Don't get your hopes up for a production version. Unlike the G63 6x6 and G500 4x4², the All-Terrain 4x4² is simply a engineering experiment. That said, we're sure there would be a few customers around the world willing to shell out the money for this bad-ass wagon. 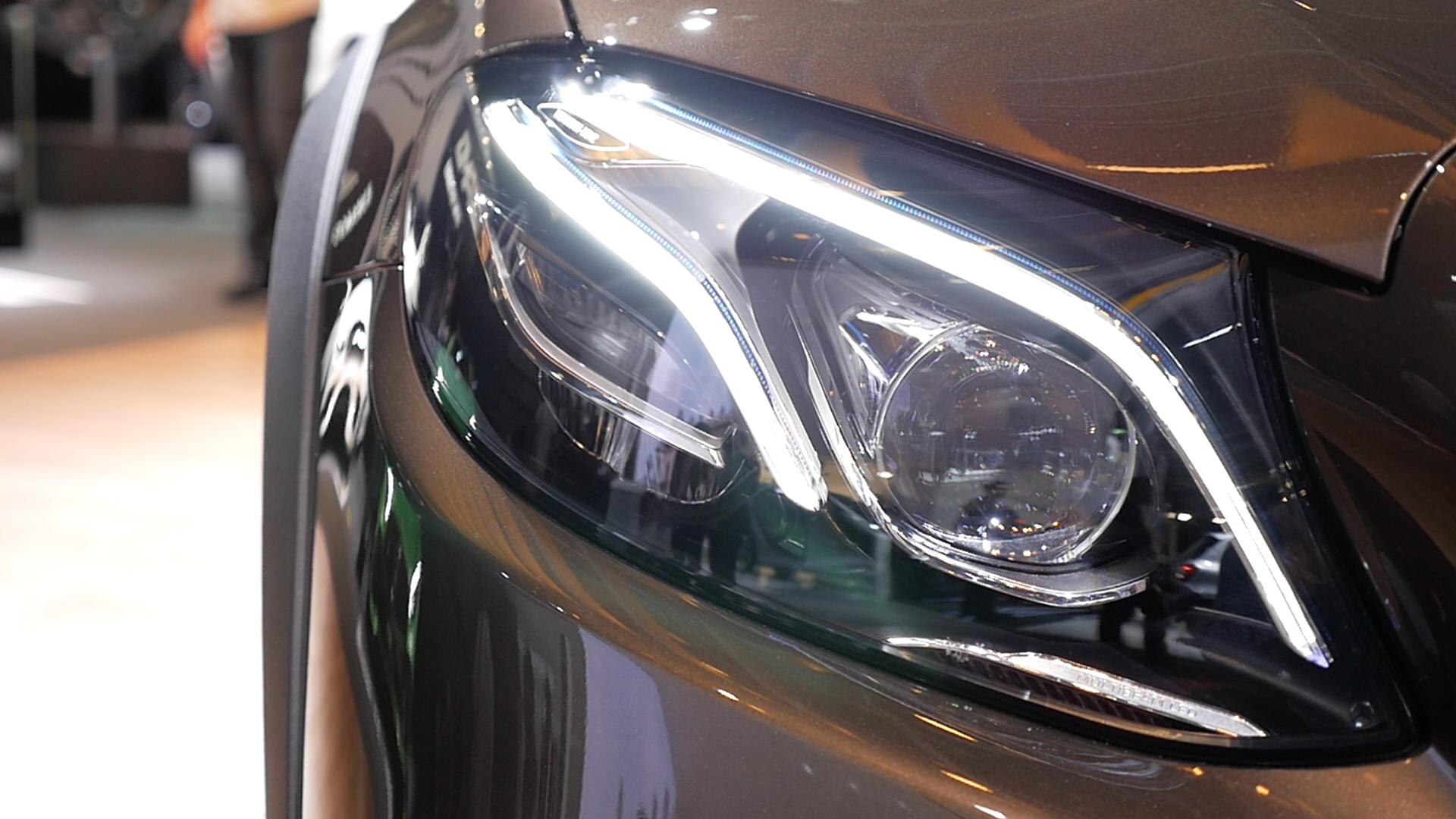