This is a solid, all-around everyday sedan. We'd call it a smart buy for the safe design, decent technology and great safety scores, but find it far less soulful than its Japanese counterparts.

8
Baseball's boring. At least that's what anyone thinks who doesn't understand that it's an exciting game of inches. To wit, the same can be said for the crowded midsize family sedan segment. Unlike the all-new Toyota Camry and the upcoming 10th-generation Honda Accord, the Sonata is a refresh of the existing model. Hyundai is still in it, but can it improve sales in a segment being eaten alive by crossovers?

At first glance, the most significant change to the new-look Sonata is the front end with a new cascading grille, which is longer and more contoured. This grille will make its way across all models as a major part of Hyundai's new corporate design language. Hyundai claims to be the only car company that manufactures its own steel, and this cascading design is inspired by the flow of molten steel as it's poured. With an elongated front end, new character lines on the hood and front bumper, and slimmer LED headlights, revisions give the entire car a more aggressive appearance and sportier stance.

At the rear, moving the license plate from the trunk to the bumper was a good choice. It simplifies the back end, better showcasing the sheetmetal and allowing the trunk lid and redesigned taillights to take center stage. Turbo models will get a twin exhaust, increasing the sporty feel even more. 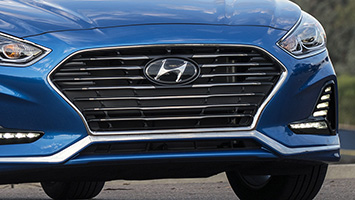 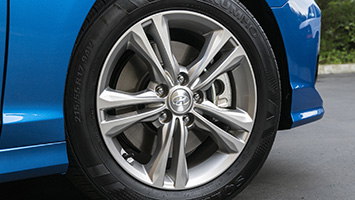 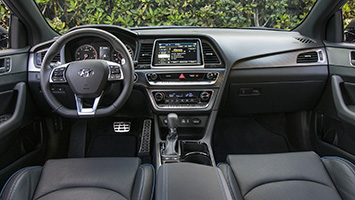 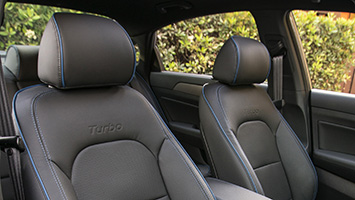 Inside the Sonata, the facelifted center stack features a seven-inch touchscreen monitor (eight-inch on the Limited edition. The audio controls are more streamlined to give the entire unit a less bulky appearance, and a sporty, leather-wrapped three-spoke steering wheel complements other goodies such as leather seats. The biggest change in trim levels comes with the addition of the SEL model, just above the SE and Eco models, which includes even more features for about $1,600.

Gone for 2018 is the six-speed transmission from the turbocharged 2.0-liter models, replaced by the all-new eight-speed that adds ratio range at both top and bottom. The power is unchanged at 245 horsepower, but remember that the BMW 330i's 2.0-liter turbo makes 248 hp, so Hyundai's engine is in the ballpark with those from established luxury brands. Even with that power, don't count on racy launches, as there's plenty of lag. Once the turbo is spooled up, the engine has moxie.

We drove two trim levels, the Sport and the Limited 2.0T. The ride is plenty comfortable on the refined chassis and updated rear suspension, which includes an increase in trailing-arm thickness to stiffen the suspension. Meatier anti-roll bars give the on-center steering a tighter, more connected feel and help decrease body roll, showing the influence of ex-BMW M-performance guy Albert Biermann. 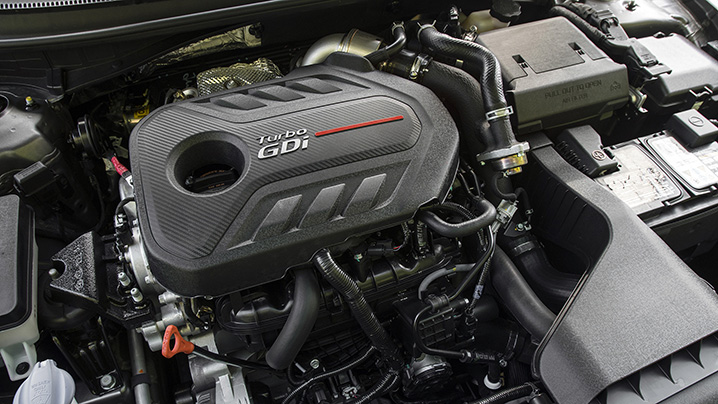 The Sonata is well-balanced, communicative, and quick in any trim level, though the Limited 2.0T definitely benefits from the 18-inch tires as opposed to its Sport counterpart, which comes standard with 17-inchers. Less sidewall means more grip and better handling.

After five-plus hours of driving, the seats still felt comfortable and supportive. The back seat has plenty of room for average adults, and USB ports for those in need of recharging devices, which is pretty much everyone these days. Cabin noise was a bit of a factor when on rougher roads. Driving uphill in the Sport model, the engine droned loudly, too.

Blind-spot detection with rear cross-traffic alert and lane-change assist is now standard across all trim models, which especially in this family-conscious category should be the cost of entry. Glad someone's figured that out. 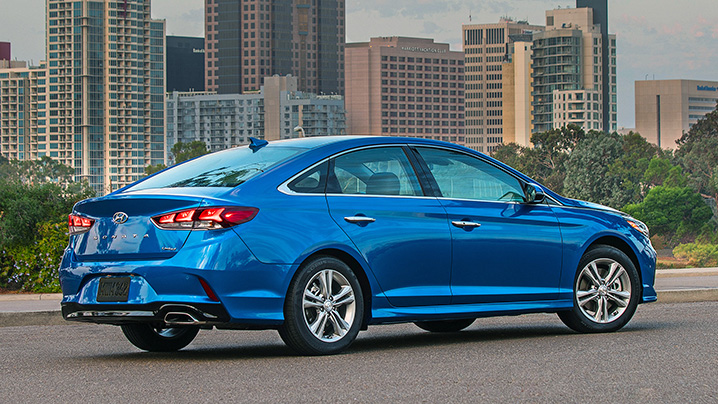 The SE, SEL, Limited and Limited 2.0T models are available now, with the Eco 1.6T coming later this summer. The Hybrid and Hybrid Plug-in models won't be at dealers until early next year.

This midsize segment is indeed a game of inches, and an interesting one at that these days. If this refresh is any indication, Hyundai and its flagship Sonata may have just turned a base hit into a triple. Play ball!