John Beltz Snyder
Nissan has been slowly teasing the next-generation Leaf EV, and will continue to do so over the course of the summer. We now know, though, when the teasing ends and the feature presentation begins, as the automaker announced on Twitter that the new Leaf premieres on Sept. 5.


The tweet also features a new teaser image, this one of a Nissan badge on top what we presume to be the grille. It has a blue, textured pattern and what appears to be a chrome strip surrounding it. A previous teaser image from Nissan shows the new look of the headlights, while an interior shot shows off the car's ProPilot Assist semi-autonomous driving system. Recent spy shots give us a preview of the new Leaf as a whole.

UPDATE: Over the weekend, Nissan without comment also added this wallpaper image to its Twitter page, showing the car's entire front end:

In addition to pursuing self-driving technology, Nissan is also advocating for it on behalf of the automotive community at large. The Japanese automaker said it hosted a forum in Washington, DC, earlier this month to give "lawmakers, regulators, and other US government officials a close and reassuring look at how Nissan is in the driver's seat when it comes to automated drive technologies."

Nissan believe autonomous technology plays a role in enhancing, rather than replacing, the driving experience. "Someday, when drivers want, the technology will be available to do the driving task for them," said Andy Christensen, senior manager of Nissan's Technical Center in Michigan. "But at Nissan, we see the driver remaining engaged and integral well into the future." 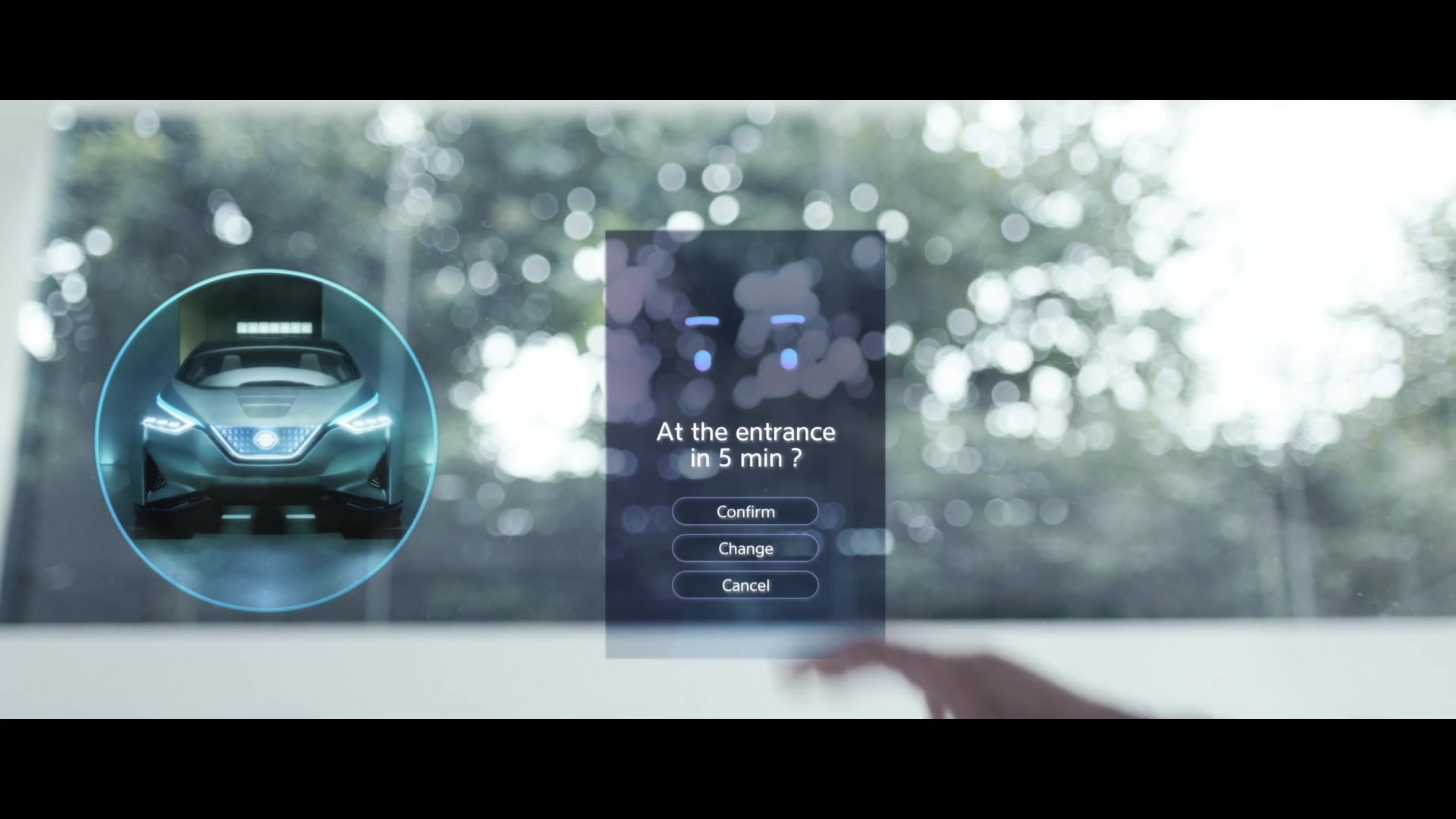