Watch a textbook example of why seat belts are essential

Jason Marker
Seat belts have been mandatory equipment on cars around the world for decades now. They proved their worth forever ago, as countless studies have shown. There are still people who refuse to wear them, though, as they either believe anecdotes equal data or they hate being told what to do. This isn't a phenomenon limited to America, the land of "You're not the boss of me," however. Some people in China offered the world a vivid example of the lifesaving power of seat belts recently when a video showed them ejected from a car during a crash and flung across a busy highway - while their belted-in companions stayed safe and snug inside the car.

Warning: The video is graphic.

According to Power Nation, a car was traveling along a Chinese divided highway when it wandered into the shoulder of the left-hand lane. It scuffed the median divider, which caused it to swerve, which caused the driver to overcorrect, which then led to the car swapping ends and going straight into the divider at speed. Now, this would usually be a simple fender bender with some damage done to the car and the passengers banged up but largely OK. Unfortunately, the three passengers in the back seat weren't wearing their seat belts.

At the moment of impact, the three people in the back seat were promptly ejected from the car. I should mention that the driver and the person riding shotgun were belted in, and they were fine. Two of the rear passengers were thrown to the other side of the median, but the last one was flung through the air clear across the opposite lanes and into a highway entrance lane. She landed in the path of an oncoming heavy truck which, amazingly, stopped just in time.

Thankfully, the three ejected passengers survived their ordeal. Hopefully their road rash isn't too terrible and they'll remember to wear their seat belts from now on. 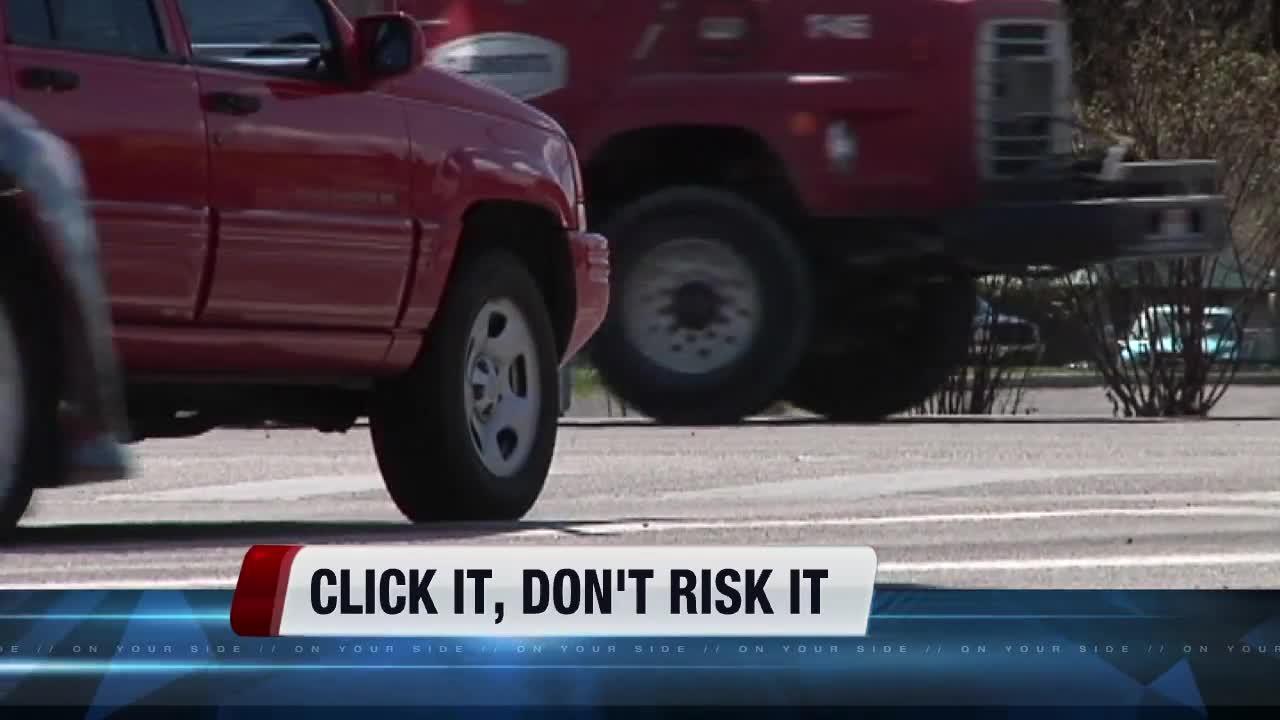